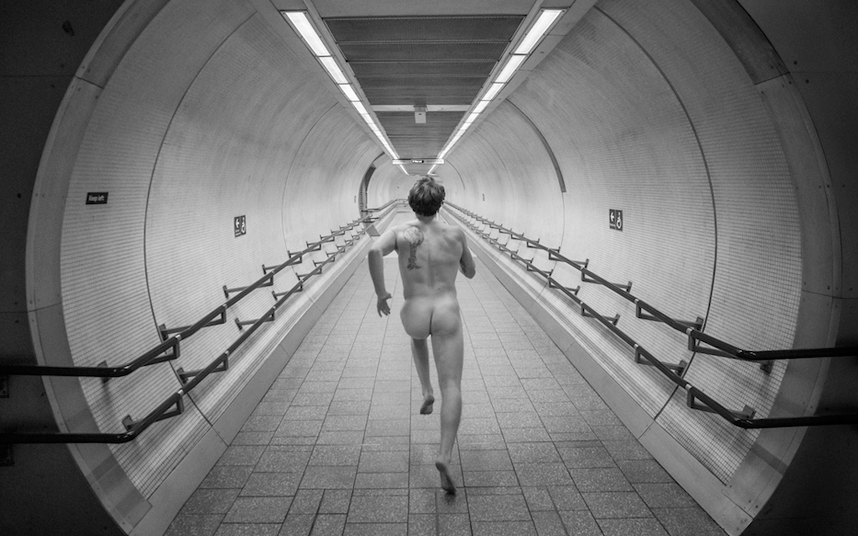 Like Spiderman without the costume and the spiderwebs, and a little bit like Will Ferrell in the film “Old School” but with a lot more style, these images capture Tim Shieff, a World Champion Parkour athlete, blitz his way through London city doing free-running stunts completely in the nude. As the lone subject of fellow athlete Jason Paul’s interesting photography series called “Man & Mortar,” Tim has taken the legendary urban sport of Parkour to a wider audience outside of the sport. 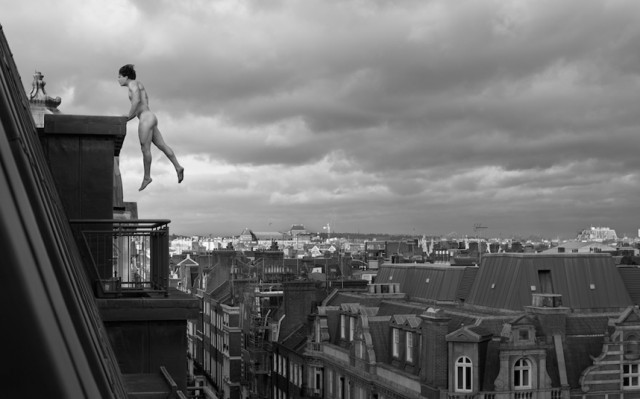 Conniving Tim’s graceful movements to Jason’s photography skill and complimented well by the charming backdrop of London’s architecture, the series is arguably artistically superior over another recent viral photo series: that of Kim Kardashian’s. While the duo has no illusion that their photo series will “break the internet,” the images have started to catch widespread attention online and “Man & Mortar” itself has been getting rave reviews. 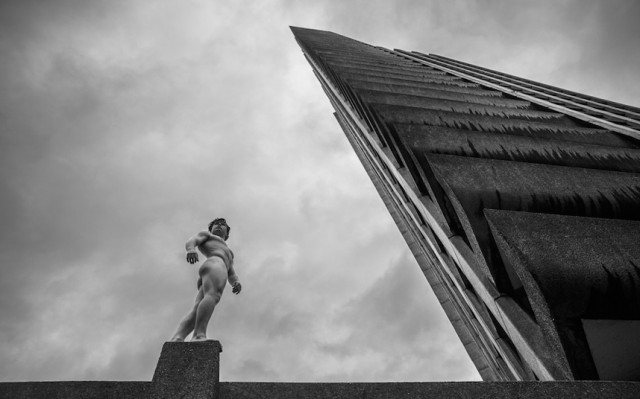 Not bad for an idea that borne out from Tim and Jason’s trip in Greece. In an Interview with London Live’s Wake Up London show, Tim Shieff said: “We were in Greece on a free running and thought that it didn’t quite fit the surroundings, and it just came to us, why not do it naked. “It really fitted with the black and white style and we thought why don’t we continue this theme.” 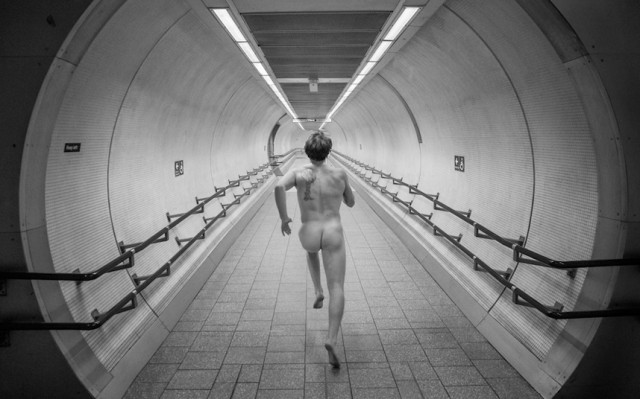 Channeling inspiration from the many naked ancient statues in Greece, the two blended it with the architecture of London. Quoted by London24 News Jason said “Lots of the London architecture we shot against has a square, rigid and linear feel to it, contrasting starkly with the curves of the athletic, natural human form.” Tim adds: “People are often disconnected from their own human form within their daily lives, we wanted to play with the idea of presenting our natural state within the urban straightjacket of conformity.” 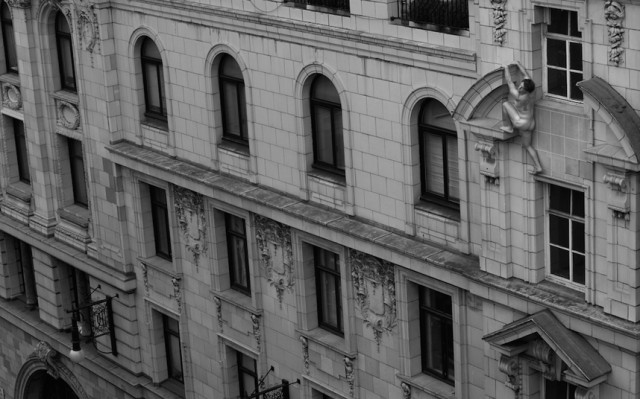 Surprisingly while doing the shoot, very few people witnessed the photography sessions. Tim tells Independent UK “There was quite a lot of the time when we would do it on rooftops and we would look down and there would be hundreds of people walking underneath you around Bond Street and not one person would look up. We managed to get away with it with not too much trouble and no one was offended.” 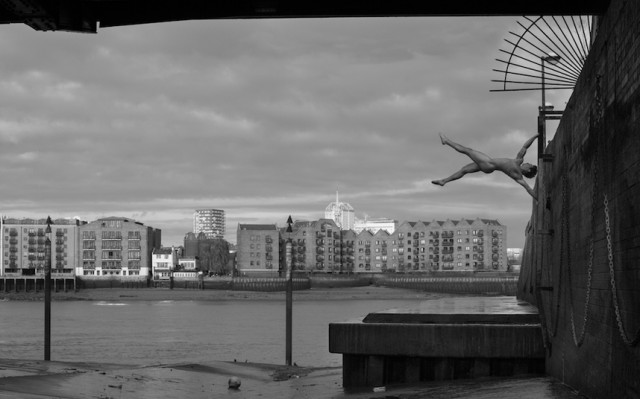 According to the Beautiful Crime website, “Jason and Tim were interested in examining how, within everyday life, we casually accept – or fail to even notice – artistic effigies of the naked human form such as statues or paintings, yet the sight of uncovered flesh within the same space generates consternation and surprise.” 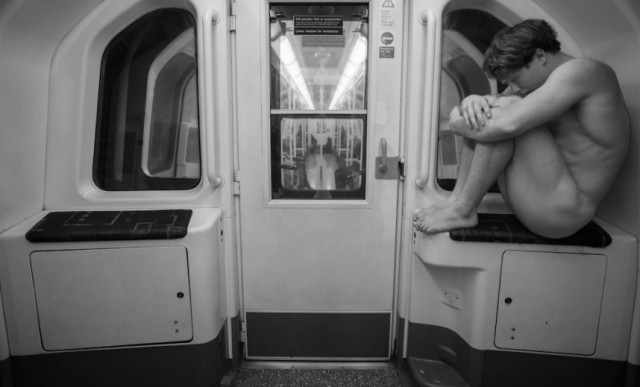 Why the incorporation of free running in the photo project? The two says, its all about Parkour. “We have been doing free running for so long that we wanted to do something a bit different that could push the sport. No one has free running in a way that captures the form, the posture and the movement it requires. Doing it naked gave a different aspect of it, in a completely non-sexual way.” Tim explained. 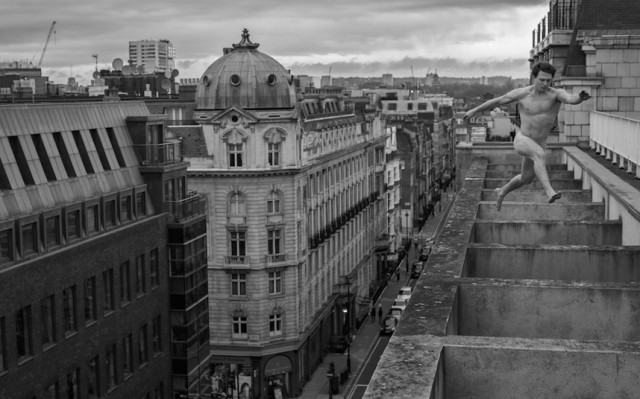 Copies of the “Man & Mortar” series can be bought  here BeatifulCrime.co.uk 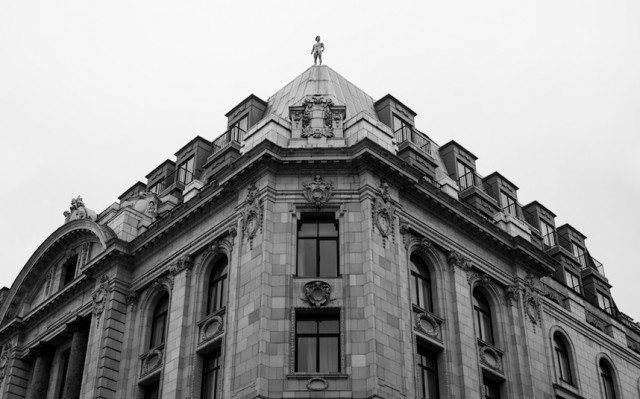