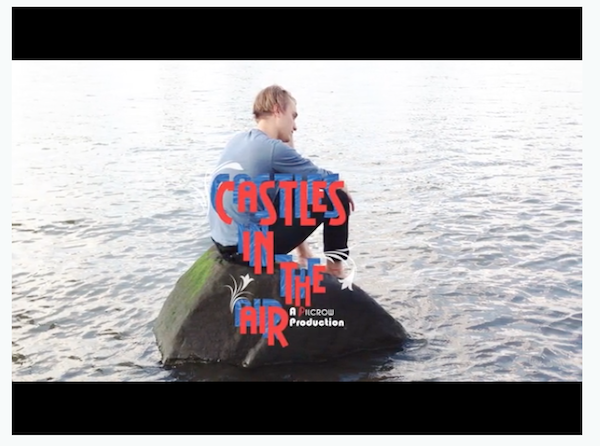 Help a Writer Bring his Story to the Silver Screen: Castles in the Air

Harley Ware lost his father unexpectedly. He didn’t get to say goodbye. He never even had the best relation with him, since his parents divorced at a very early age. According to Ware, mourning his death was a challenge. So, what’s one to do in a situation like this? Write about it, of course. Ware wrote down his thoughts and feelings and decided to turn them into a fiction screenplay, Castles in the Air.

The film follows Thomas, who is depressed over the loss of his family, over the course of one day. During this 24-hour period, he happens to meet a con artist that forces him “down a rabbit hole of daydreams that unearth the man he hungers to be.” Sounds pretty awesome, right?

But there’s just one slight problem. Money. Or should I say, a lack of it. 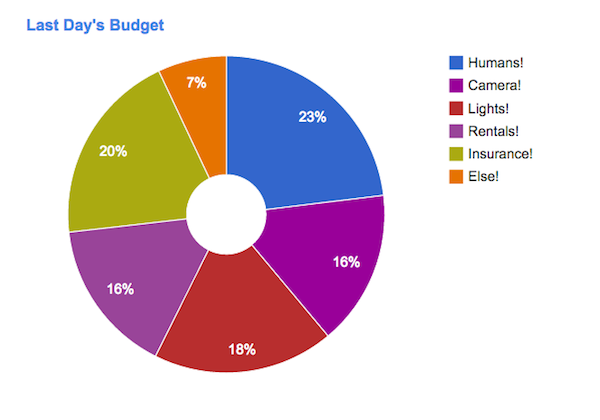 Ware and his crew have a final day of shooting where they planned an epic fight scene. Here’s where you’re needed. In order to finish Castles in the Air, they need your help to fund this last scene of the film. They’ve started a Kickstarter, and there’s just one week left to help them reach their goal of $10,000. So far they’ve reached nearly $8,000, but remember that just like any other Kickstarter, if they don’t reach their entire goal, they don’t get to keep anything. So click here and pledge what ever money you would have spent on that overpriced latte and muffin and put it towards the creative good!

To watch the whole video, click the image below: 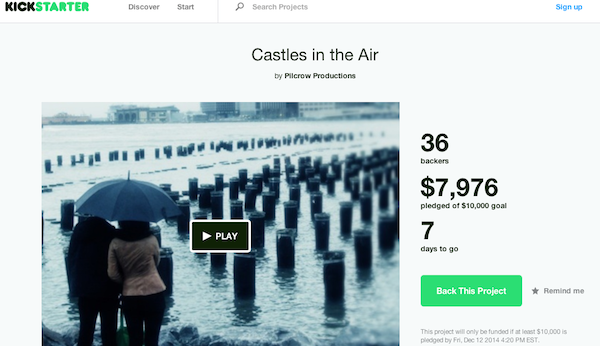 Screen grab from Castles in the Air Kickstarter page