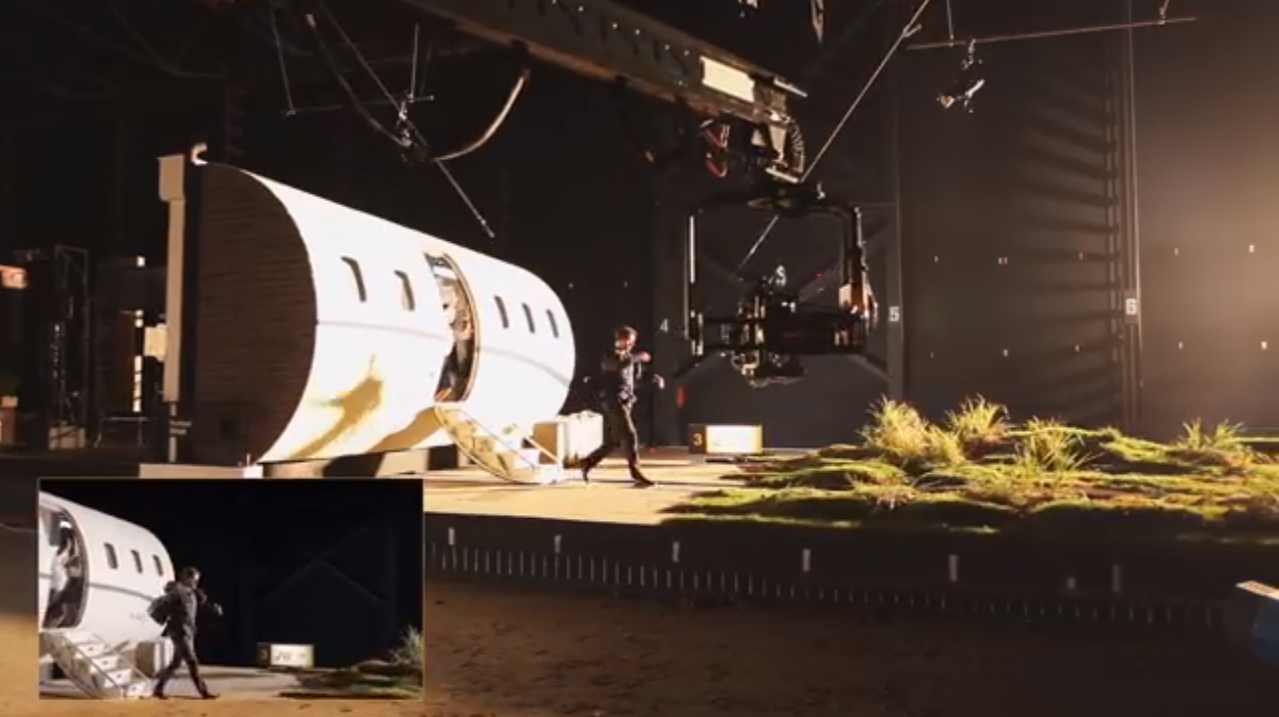 How the F**K Did They Do That? Behind the Scenes of Jaw-dropping One-Shot Commercials

The prospect of filming something in one shot is daunting, to say the least; the motion of the camera, the lighting, the staging, the actors—everything and everyone has to be on point. Consequently, shooting a commercial as one continuous shot is technically complex and can be extremely challenging. It may require weeks of preparation and hundreds of takes, but when done correctly the final product always turns out to be well-worth the struggle. Check out rare production footage of three awe-inspiring one-shot commercials below.

The recent release of Johnnie Walker’s “Next Step” behind-the-scenes footage is a testament to the massive amount of stage prep that goes into these types of commercials. SRLounge reports that it took three weeks to build a 130 ft. set that included seven different scenes, ranging from a cocktail party to an airplane to a conference room. The large stage was moved along a 250 ft. track during filming and required fifty takes in order to get the perfect shot.

Old Spice’s commercials are infamous for their humorous monologues, ridiculous set changes and, of course, the official Old Spice guy Isaiah Mustafa. The company started their Smell Like a Man, Man campaign back in 2010 and their witty commercials propelled Old Spice into international acclaim overnight. In this behind-the-scenes take of “Scent Vacation”, Isaiah Mustafa masterfully navigates a continuously moving set that includes a giant fish tank, a piano and a fake yak.

BBDO Toronto Canada teamed up with film production company Sons and Daughters to create a powerful commercial for the Canadian Paralympic Committee during their 2012 campaign. Directed by Mark Zibert, the commercial features a para-athlete running through a weight room, a hospital and a car accident to come out on the other side simply running on a track and leaving it all behind. The entire video was filmed in one-shot and, impressively enough, with no special effects. “Mark visually turned it on its head and, from an executional standpoint, basically made it the most challenging project that pretty much we’ve probably done today,” said Liane Thomas, Sons and Daughter’s executive producer. The crew filmed the commercial during the midst of a rain shower in a meager two-hour timespan.