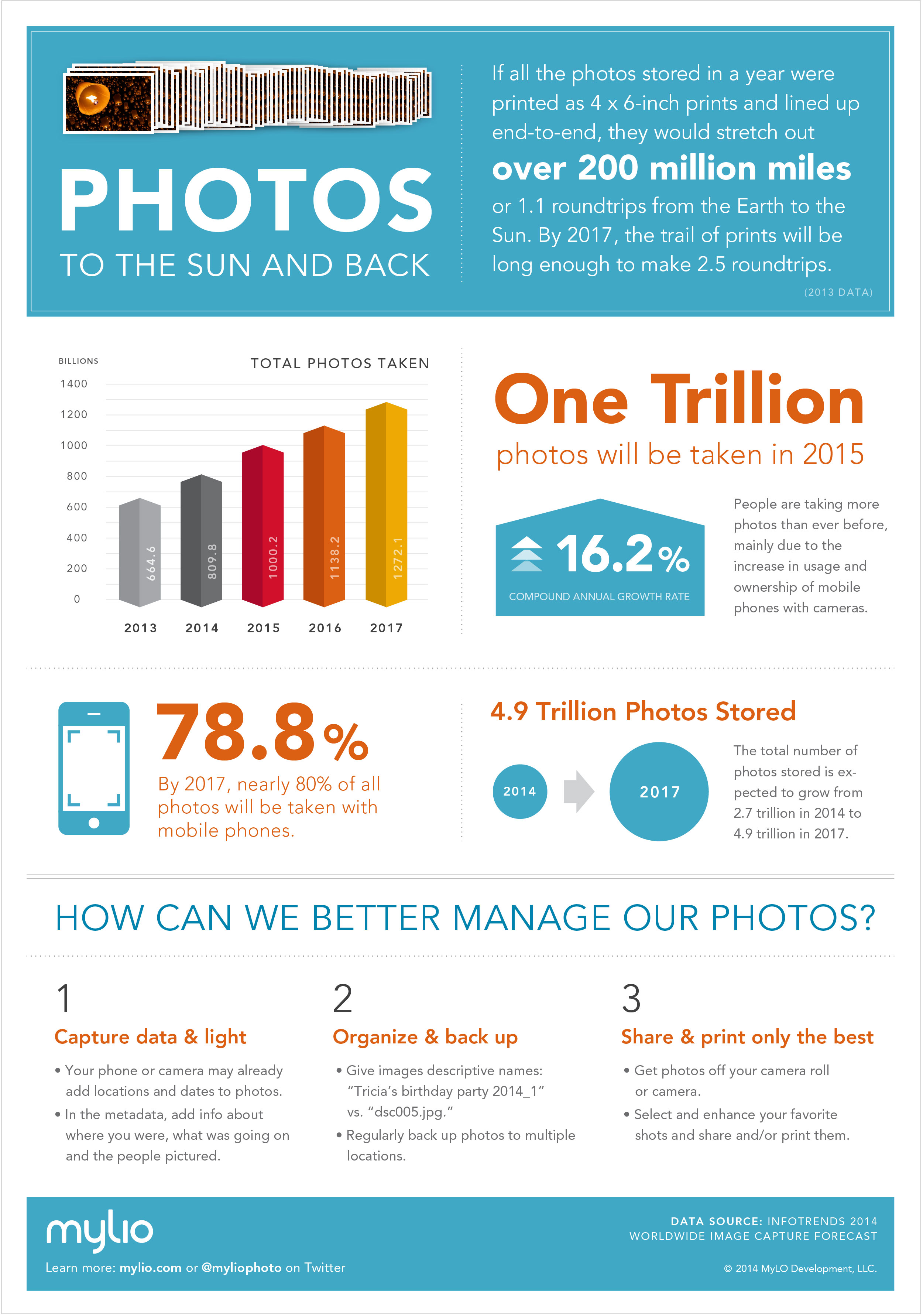 Infographic: There Will Be One Trillion Photos Taken in 2015

Well, not like this is surprising really. Over the past few years, the total number of images taken by all of us all over the world has quickly grown to incredible numbers. But one trillion? How was that number calculated? In a blog, Mylio explains:

More conservatively, if only one billion people have cameras or phones, and take less than 3 photos per day/1,000 pictures per year, that’s still 1 trillion photos captured every year.

This growth will be driven by the increased ownership and use of mobile phones. In 2014, the number of photos captured by mobile phones will be 560 billion; by next year we’ll take more than 748 billion photos using our phones.

How are you going to store and manage your portion of that trillion? Read more about the situation at Mylio’s blog.