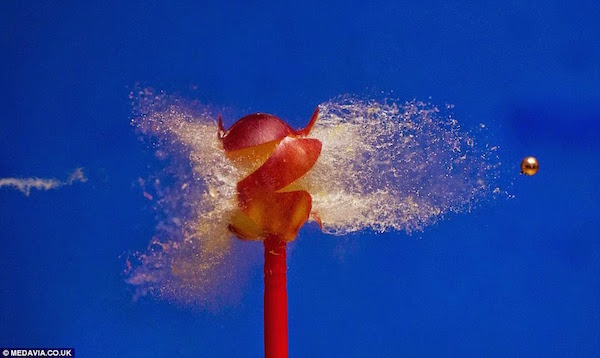 Now You Too Can Photograph a Moving Bullet in Mid-Air!

Trying to take a photo of moving objects that accelerate at incredibly fast paces can often end in frustration, bordering on the impossible if you’re trying to do it manually. If you are trying to do it, you tend to try to make the shutter speed match the speed of the object that is moving, a process that is often futile. Lucky for you, there is a gadget that has been specifically made for amateur photographers to capture what was previously unattainable: It allows you to take professional photos of insanely fast-moving objects.

The Vela One uses strobe lights to capture the moving objects, which you can see below. Nobody is being duped here, and the pictures are able to show it. In them, you can see the fruit explode, every curled texture, every roaring jet of water that is emerging from a piece of fruit. Previously, you had to pay a lot of money and use heavy machinery to capture such a photo. But this is no longer, thanks to this piece of technology that allows amateurs use their DSLR cameras to capture them. The Vela One rig costs 495 pounds, which is $779.62 in US currency. 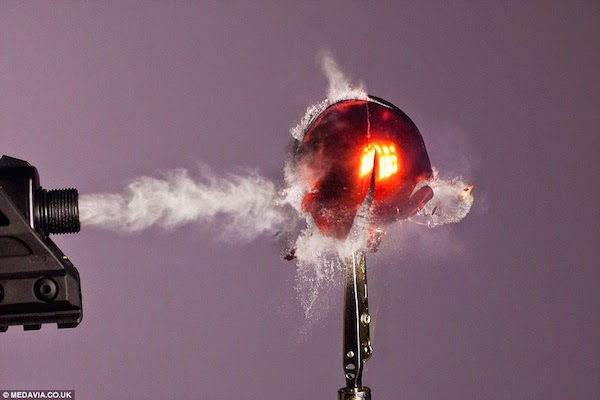 The company’s founder Matthew Kane has begun a Kickstarter campaign that has nearly reached its goal with 16 days to go. Using the device can be very dangerous, but as they say, with great risk comes great reward.