Popping the big question nowadays is becoming more creative with more than a handful becoming viral internet sensations. It involves intricate planning to set up a situation for that special moment to happen. Sometimes when the number of people learning about the plan increases, keeping the girlfriend in the dark is difficult. Some couples even plan the proposal together, eliminating the possibility of surprise. For those who would want to keep their marriage proposal top secret and retain the genuine surprise factor, the solution to the problem of not capturing a proposal on camera is provided by New York City Photographer Vlad Leto who specializes in “Secret Proposal Photography”. 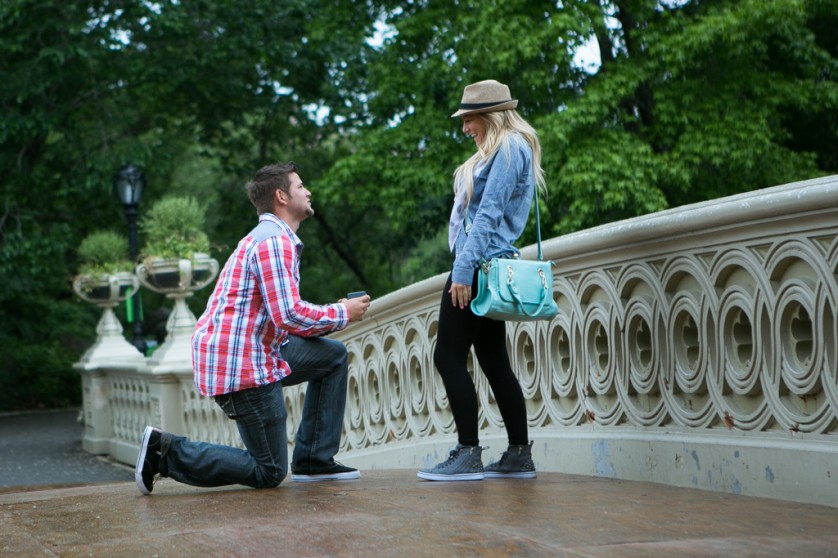 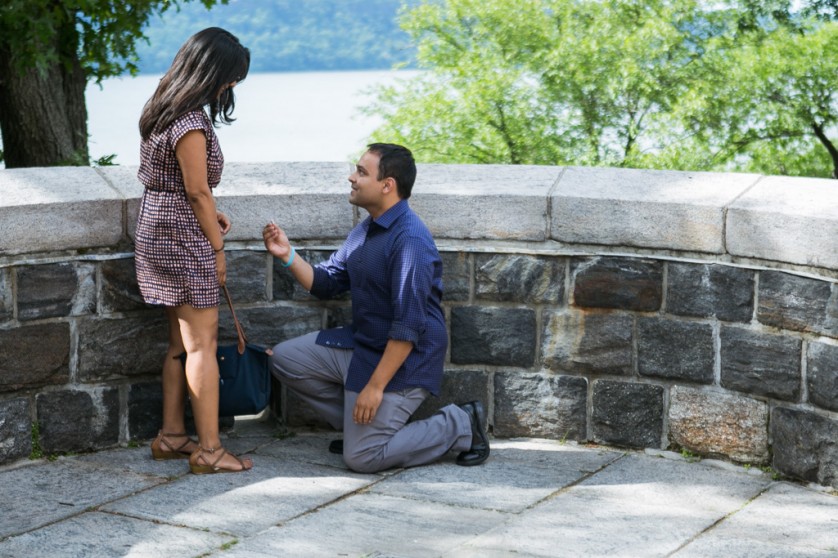 “I’m like a spy,” Vlad tells the New York Times reporter who followed him one morning in Central Park. On this particular assignment, Vlad who is a Russian immigrant is cloaked in a typical jeans and dark coat – blending in with the other tourists carrying a camera, as he surveys the group of skaters for an Englishman who is about to propose to his girlfriend. 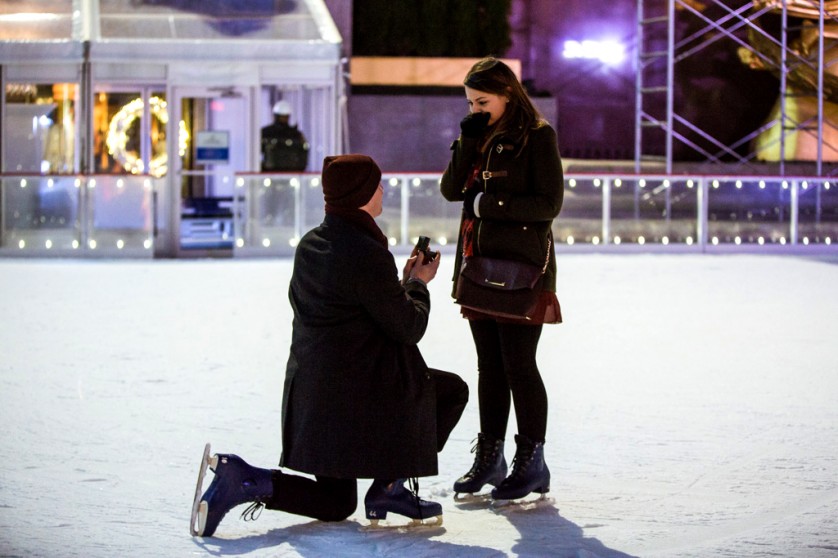 The Englishman first learned about Vlad’s photography services after reading his “Secret Proposal Photography” ad on Craigslist which describes “discreet photographs that commemorate her look of surprise.” 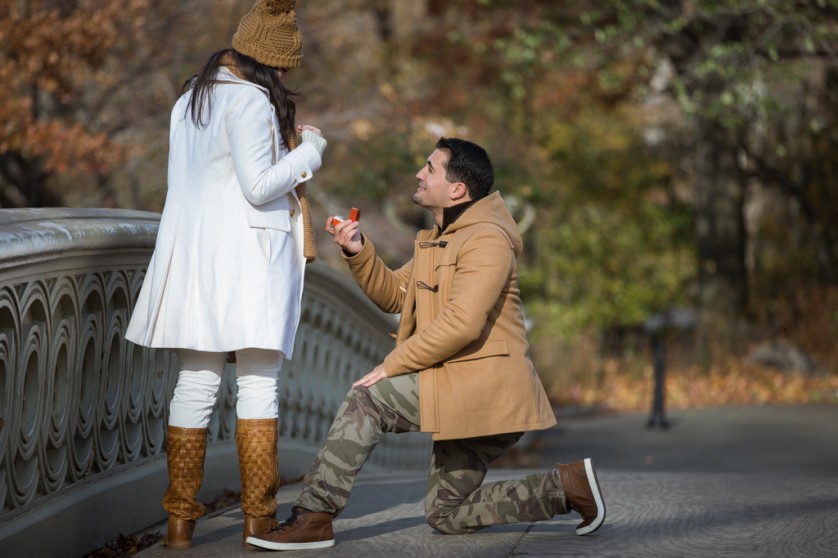 Of course his mission is only known to him and his client, and by exhibiting his paparazzi skills he has captured many heartfelt candid reactions of women answering ‘Yes’ to have their biggest day of their lives. 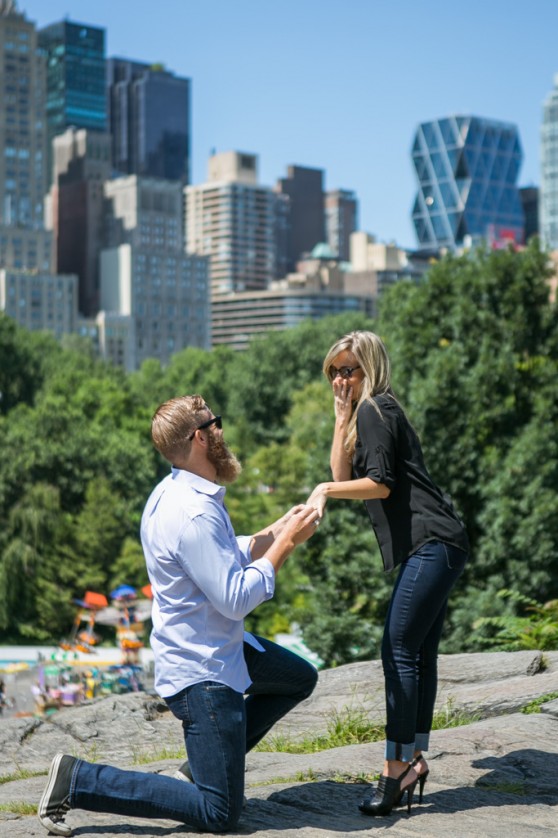 Moving to the Big Apple in 2010 after growing up in Samara, Russia and polishing his photography skills in Crimea, Vlad found early job shooting pictures of jewelry in the diamond district and working as a waiter at Brighton Beach diner. He then pursued his photography passion by accepting wedding photography jobs until he found his true calling being a marriage proposal photographer. 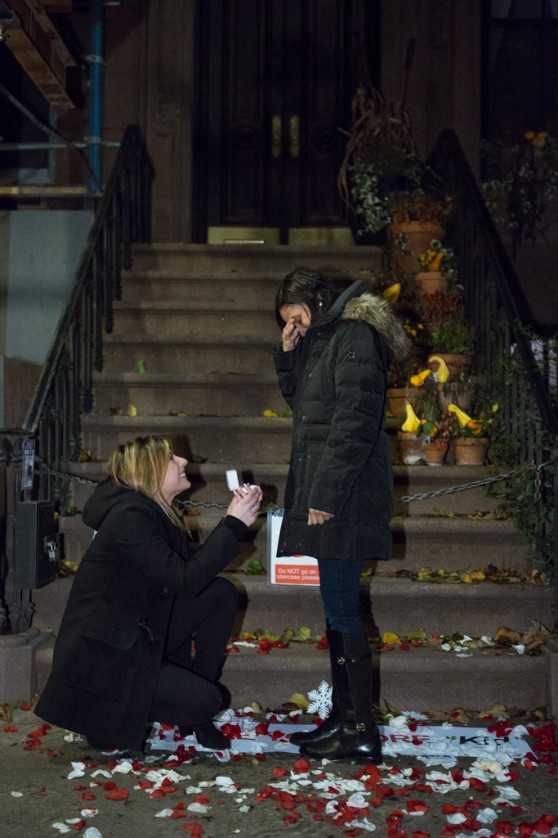 Describing his stint as a wedding photographer  “I can do it with my eyes closed,” he said. But with marriage proposals, he added, “I have the same excitement as the couple, and it charges me up.” 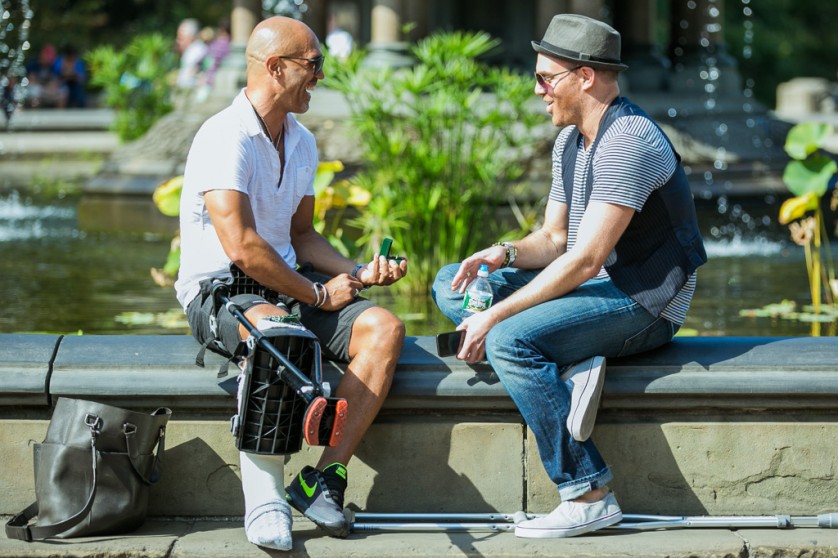 To date, Vlad Leto has photographed more than 200 marriage proposals all over New York City. A lot of his clients also gives him permission to upload their proposal photographs on his engagement blog, where you can check out more of his work including many weddings ceremonies held all over the great urban outdoors of New York City. 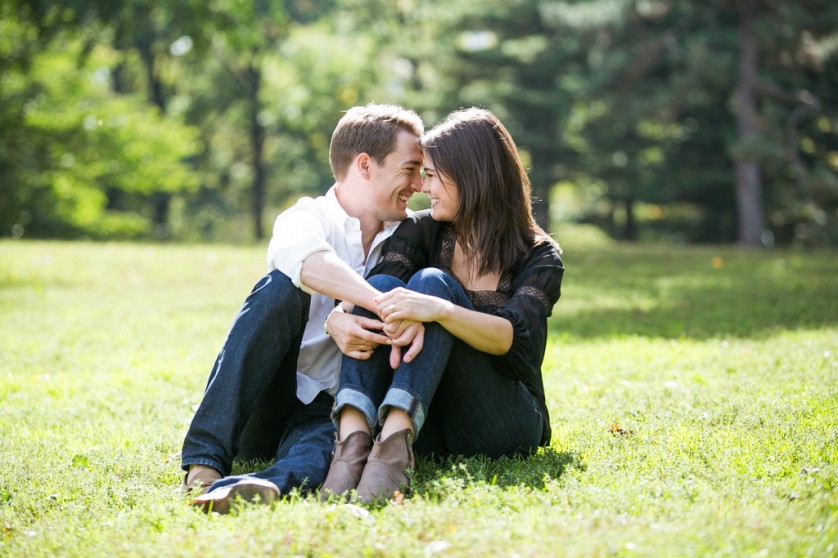 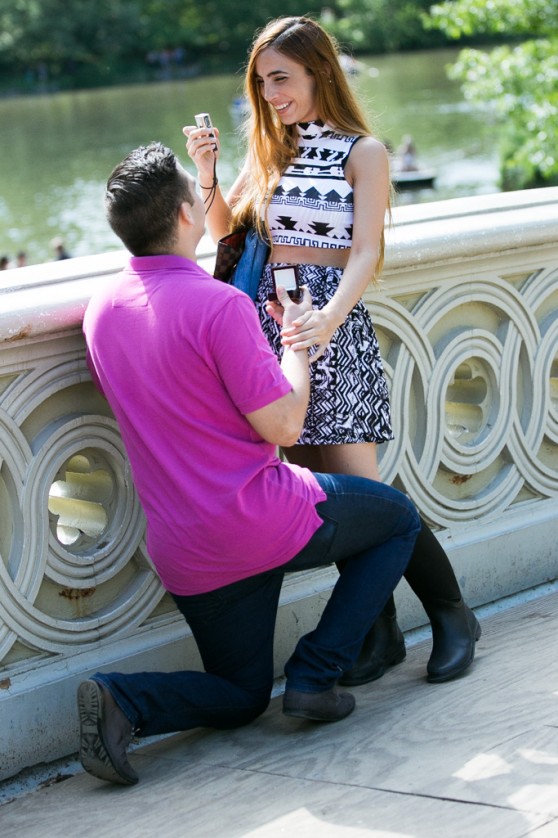 Next up for Vlad Leto is a book compiling all of New York City’s best marriage proposal spots and guides on how to “how to hide all of this stuff from her”  As the New York Times mentions on its feature about Vlad Leto “the book will include diagrams for certain locations, and tips on discreetly suggesting a pre-proposal manicure for your girlfriend.” 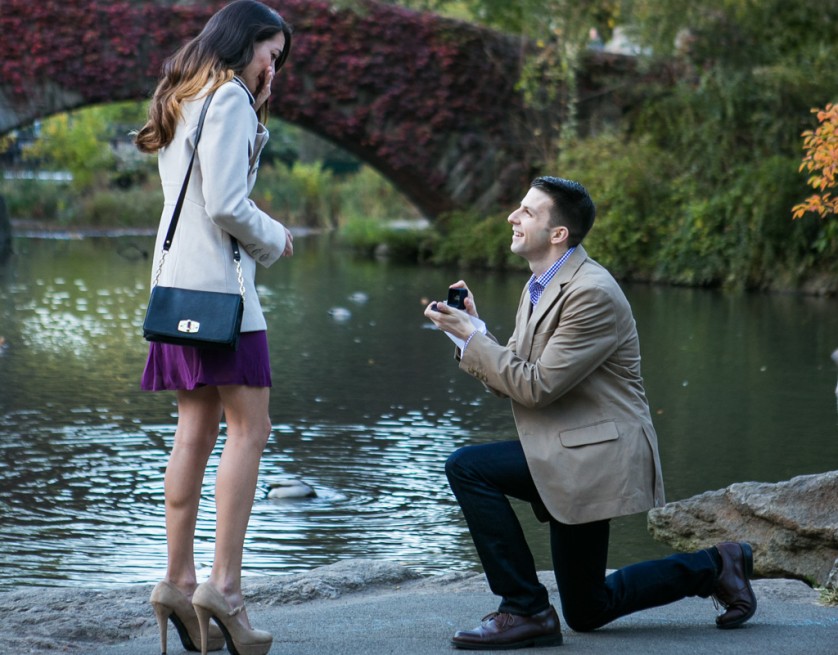 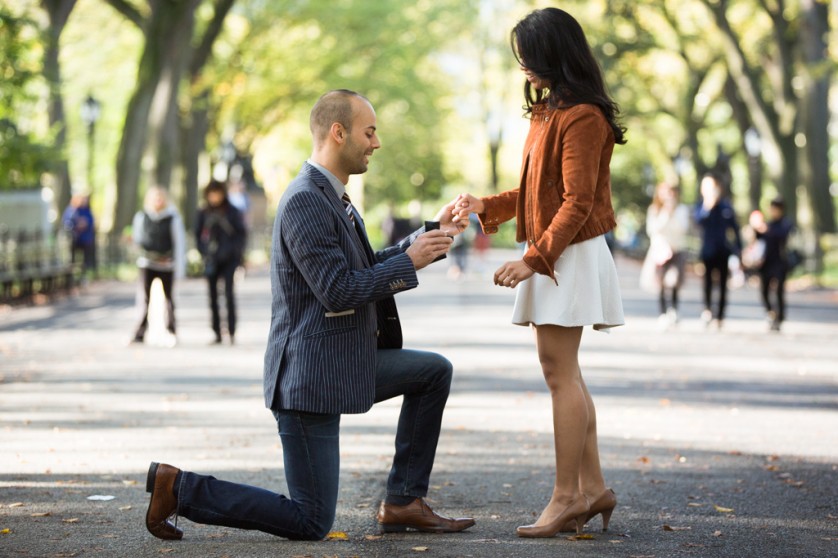 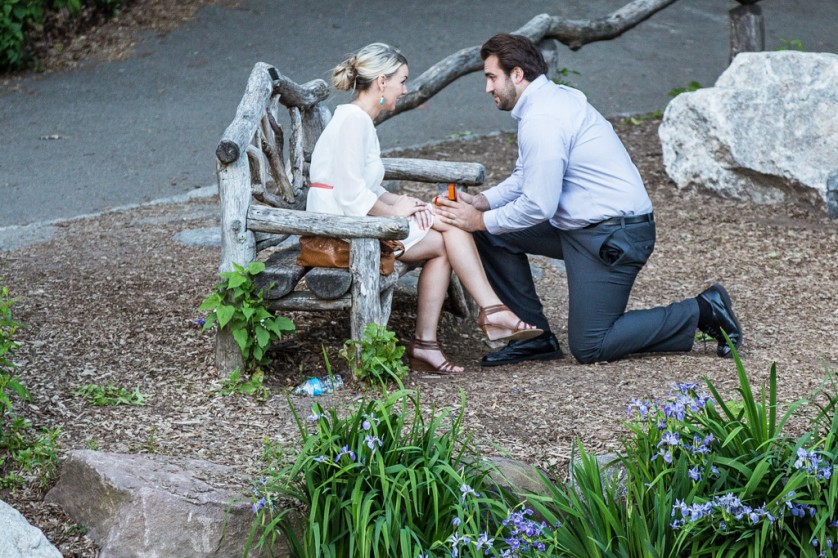 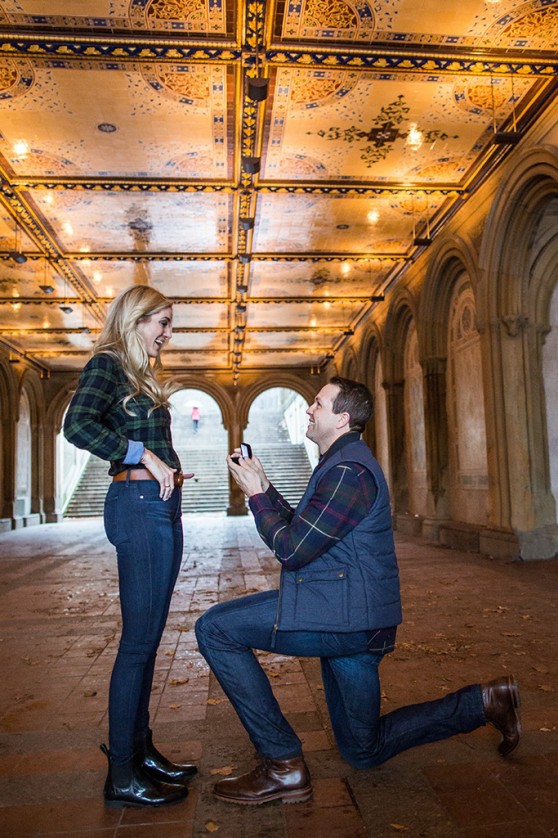