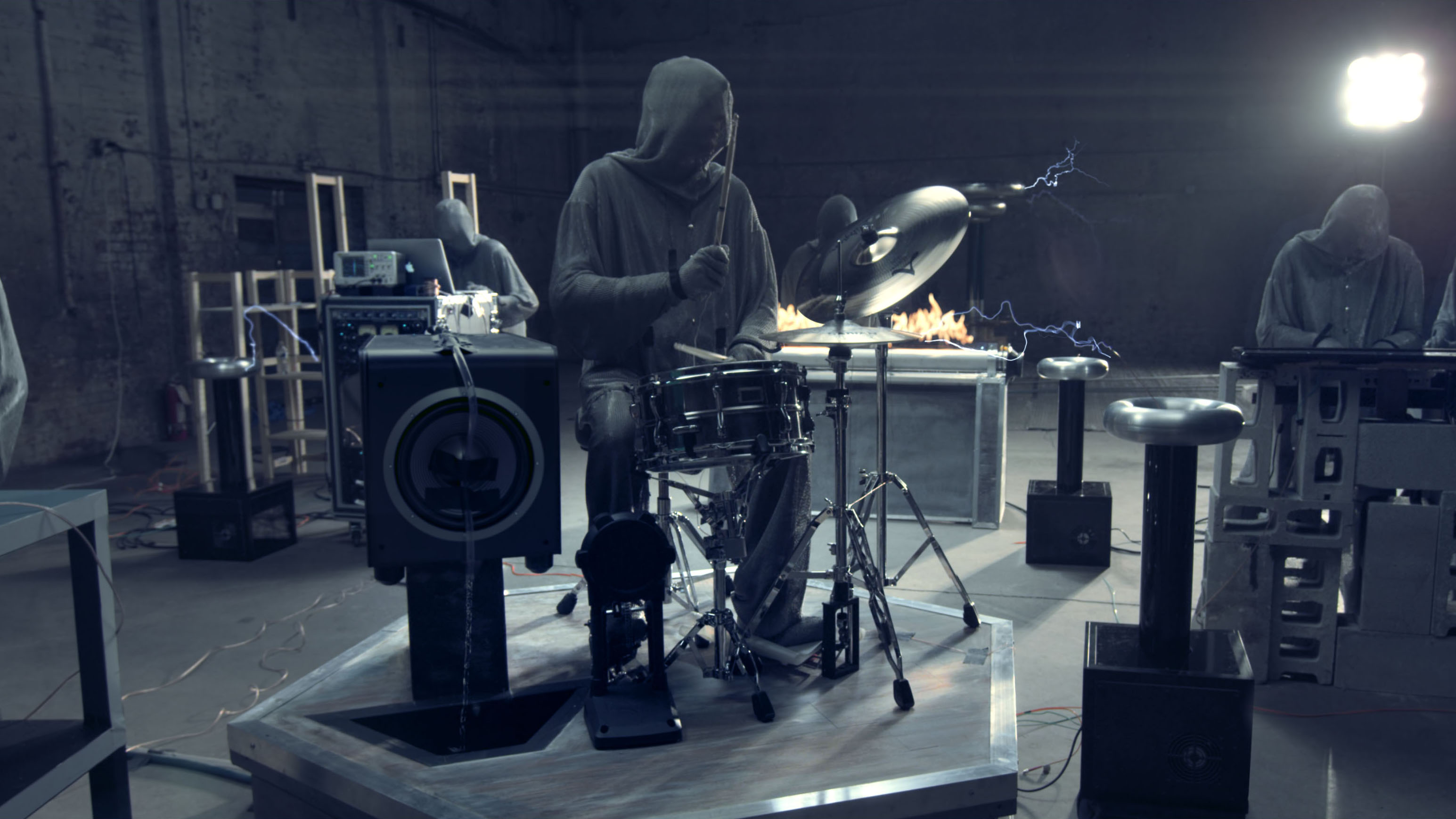 Watch This Mesmerizing Mix of Music and Science, Plus Six BTS Videos

Sound is a crazy thing, and in this music video called “CYMATICS,” sound is used in some pretty spectacular ways. Mixing different materials with different frequencies results in some pretty crazy patterns that are fascinatingly repeatable. Every single thing you see in this video is real, and they can prove it.

Below is the Chladni Plate, how the whole video starts. It is a metal plate is covered with sand and attached to a speaker. Different audio frequencies resonate the plate and form patterns in the sand. Frequencies used: 657Hz, 1565Hz, 932Hz, 3592Hz.

Next is the speaker dish, which is a petri dish is filled with vodka and taped to a speaker. Audio frequencies of 50Hz and 100Hz form standing waves in the liquid…

…followed by a hose taped to a speaker. Playing audio frequencies that match the camera frame rate of 25hz causes the illusion of water frozen in a spiral.

Next is ferro fluid, a magnetic liquid in a dish is affected by electromagnets controlled by a synthesizer.

That is followed by the Ruben’s Tube, a metal tube filled with flamable gas, attached to a speaker. Different audio frequencies 409Hz, 490Hz and 564Hz form pressure waves in the gas, creating high and low flame shapes on top of the tube.

Finally, the Tesla Coil, a high voltage arc generator, where the frequency of the voltage creates different notes of sound in the air.

You can get more information and see a lot more of what the team has done at http://nigelstanford.com/Cymatics/.