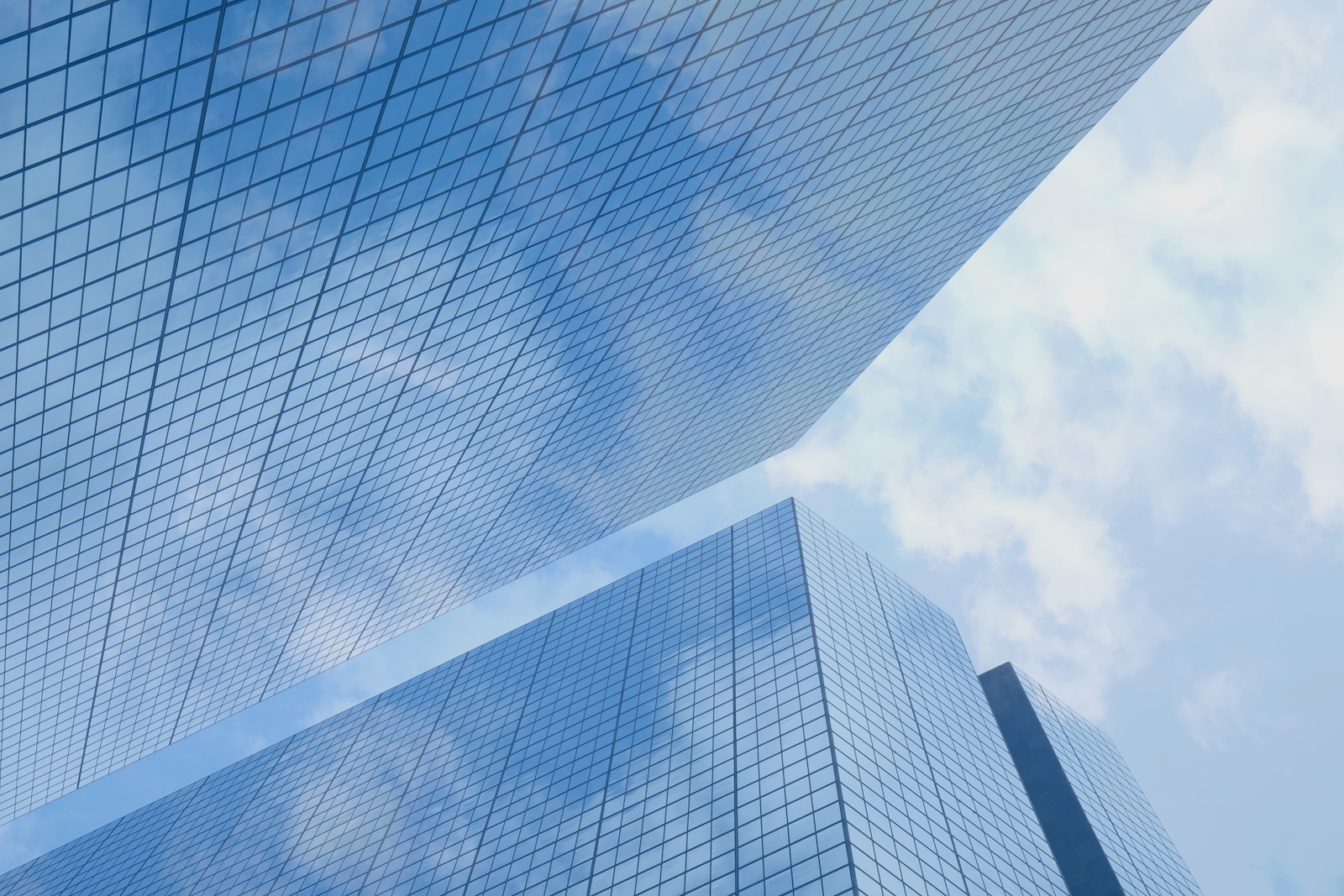 Announcing the Winners of the Fujifilm Photo Tours!

This past fall, we teamed up with leading camera manufacturer, Fujifilm U.S., to create a super-exclusive, hands-on experience for 12 amazing students in three U.S. cities: New York, Boston and San Francisco. It’s known as the FujiFilm Photo Tours—a contest in which students raced to sign up and get some hands on shooting time with the awesome Fujifilm X-T1 mirrorless camera and an 18-135mm lens. After a day of shooting, lead by one of our fantastic instructors, 1 winner would be chosen from each city to not only score a feature in 1 of 3 Fujifilm ads in the winter 2015 issue of Resource Magazine (visit the Resource Shop to pick up a copy later this week) but to also win a Fujifilm X-T1 and 18-135mm of their very own!

Each tour was led by one of our badass local photographers/instructors in each city. New York offered up author and night photographer extraordinaire,  Gabriel Biderman, Boston was lead by legendary photojournalist Rick Friedman while San Francisco was headed by photographic explorer and preservationist Amy Heiden. Each instructor is not only a leader in their perspective expertise, they’re also hella-fun!

Winning images were chosen by our crack team of photography pundits! These judges included Fujifilm’s very own X-Series marketing manager, and leading lighting and technical field expert, photographer Justin Stailey; photographer, educator and author of Food Photography: From Snapshots to Great Shots, Nicole S. Young. You should also check out Nicloe’s blog for some great photo tips and stories. Finally…. last, but not least, one of our favorites around Resource HQ, the Founder and Editor-in-Chief of the very popular photography site Featureshoot.com, Alison Zavos. After weeks of deliberations the winners were chosen and the artwork for the new Fujifilm X-T1 ads was completed. We’re here to tell you that the magazine is hot off the press and on its way to distributors and retailers right now!  We thought all of  you loyal Resource junkies might enjoy a sneak peek.  You can view the winning photographs below and find out what students had to say about this unique contest and opportunity. If you want to see more BTS photos from each stop on the tour, check them out here: New York, Boston and San Francisco. 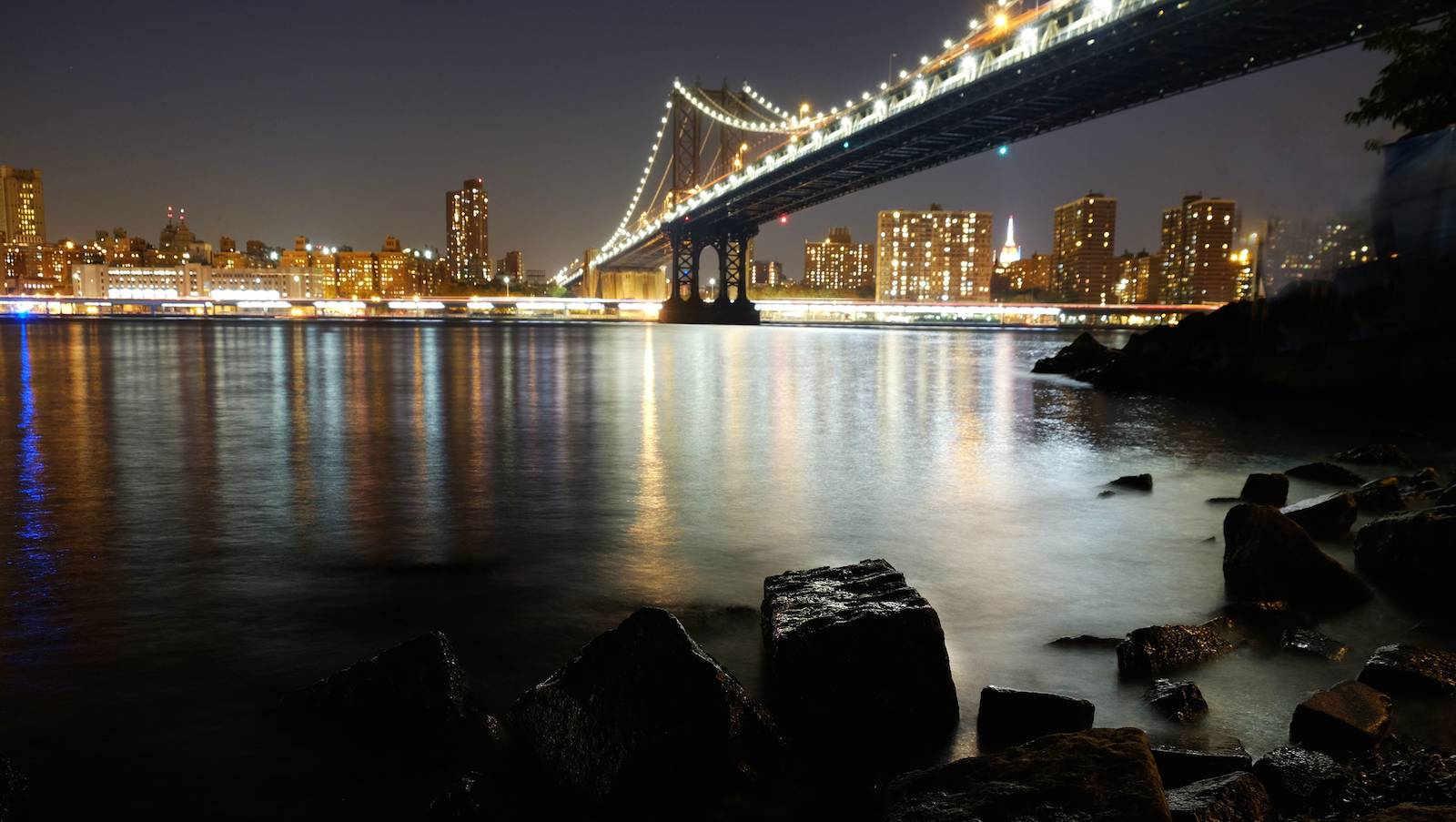 “The Fujifilm photo tour through Brooklyn was a lovely experience. As a group we had a great time interacting with the environment, and Gabe was a charismatic and knowledgable instructor. The camera itself was easy to maneuver—at the same time it gave me a lot of manual freedom to feel in control of my shot. Having shot with much heavier DSLR cameras in the past, I love going mirrorless. Having shot with other mirrorless cameras in the past, I love that the X-T1 still feels and looks like a professional camera without all the extra weight. 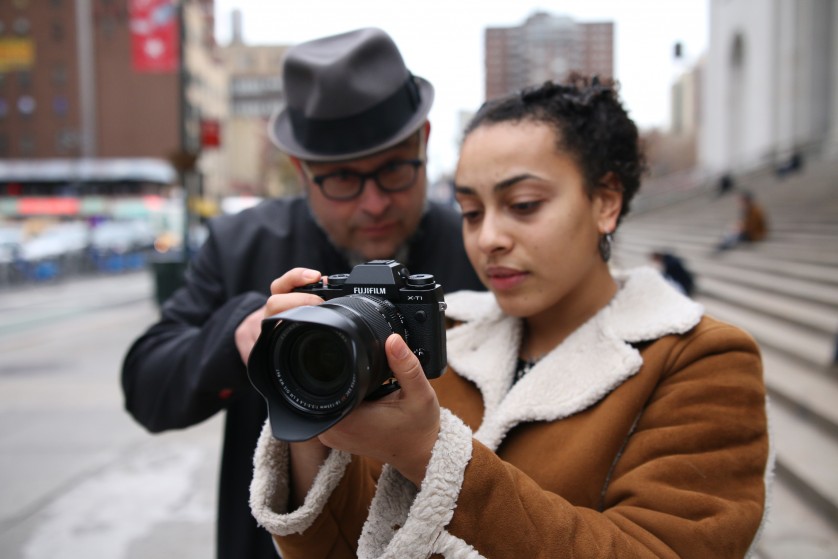 As a student it can be difficult to get off campus, so participating in this photo tour with a group of great people was just the creative release that I needed. Now I have an excuse to keep getting out there with my new camera! Thanks to everyone at Fujifilm, at Resource Mag, to Gabe, and to my peers who kept me in good photo company during the tour!”

“My first reaction to the Fuji X-T1 was to think how different it felt than the DSLR I am used to having in my hand. When I began using it though, I quickly realized it to be just as powerful. The camera incorporates a list of very interesting features, including double exposure, that instantly inspire creativity. 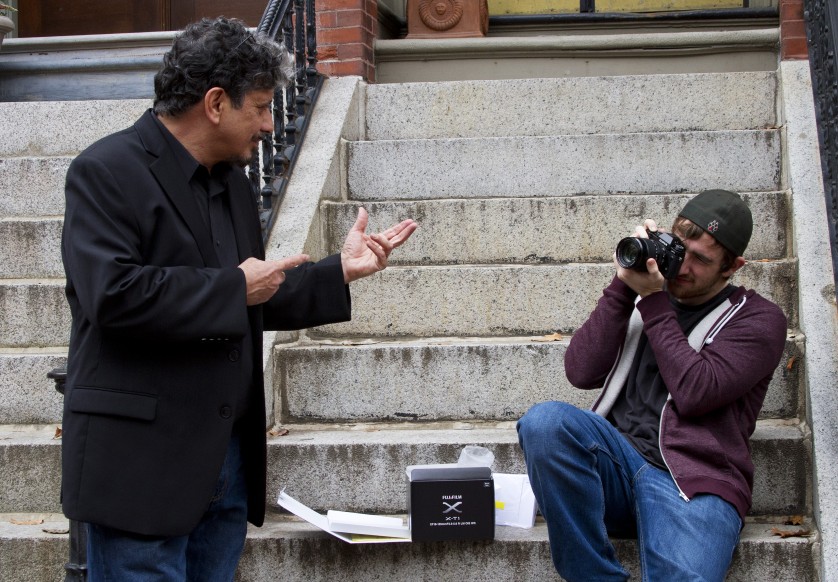 Having the obviously portable machine in my hand was all the motivation I needed to have fun and play with what can capture in impressive quality. I easily found myself in the zone of exploring the world around me for images while also being enthralled in exploring the extensive capabilities of the camera.” 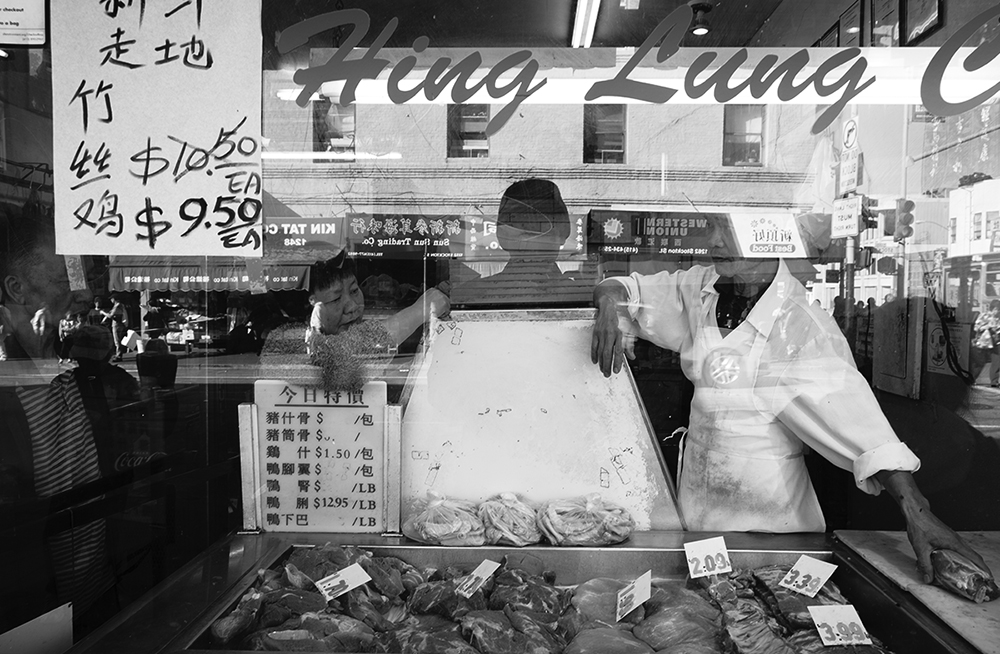 “As a photographer rooted in documentary imagery, speed and precision are two qualities that are a must-have in my equipment. When compositions line up and the perfect moment enters my lens, I need to be able to rely on my camera to successfully capture it. I can truly say that the Fujifilm X-T1 captures images with that rapid speed and explicit precision, and more. 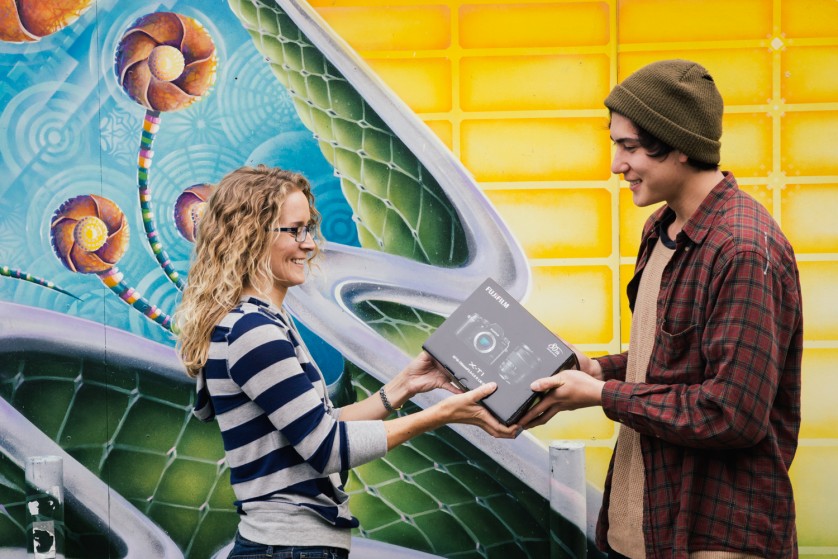 San Francisco instructor, Amy Heiden, hands over the Fujifilm X-T1 goods to SF winner, Nico Padayhag, as he smiles from ear to ear.

Traditionally I shoot with film, however, the built-in presets in the X-T1 allow me to explore scenarios with Provia Velvia, or Monochrome settings—a throwback feature film photographers like myself can really appreciate. Lightweight and compact, the X-T1 still holds its own against the larger DSLR cameras on the market, but with sleekness and style.”

We’d like to thank everyone at Fujifilm U.S., the awesome students and schools that participated, our fabulous instructors and judges that helped make this year’s Fujifilm Photo Tours a huge success. If you want to pick up a copy of the Winter 2015 issue of Resource Magazine and see these stunning ads, visit the Resource Shop to pick one up.