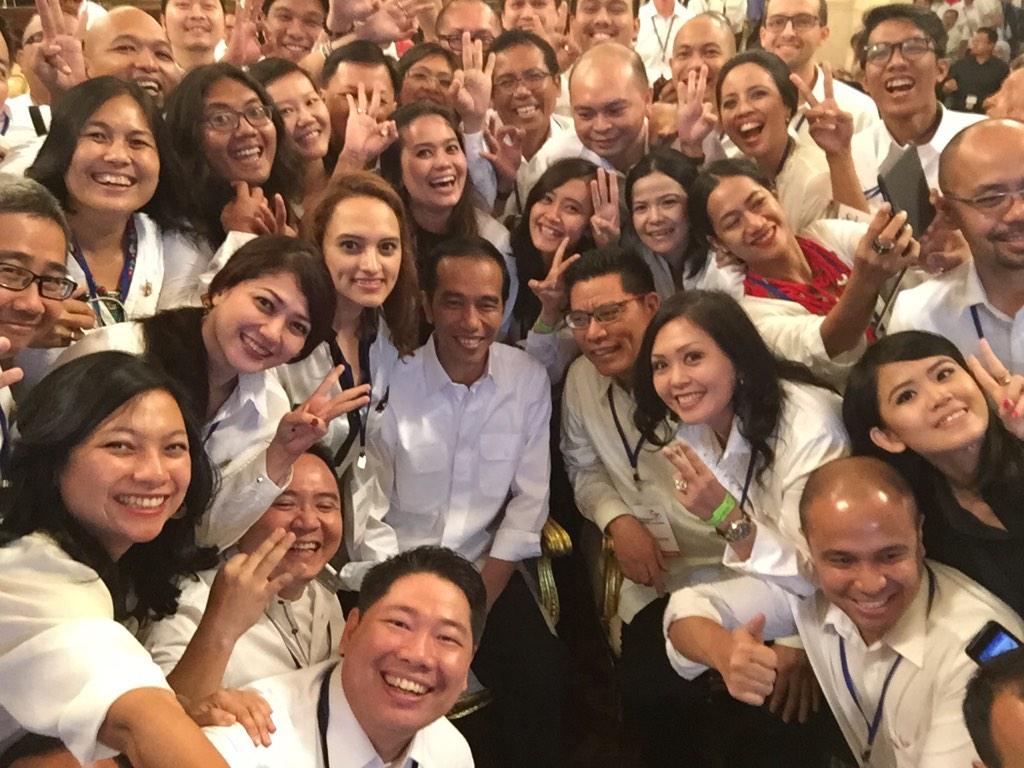 Indonesian Muslim Cleric Takes a Stand: Selfies are a Sin

I don’t profess to like selfies, but a young Indonesian muslim cleric is taking that to a whole new level via a 17-point manifesto on Twitter proclaiming the practice a sin…. this in the country with the highest population density of muslims. “Felix Siauw argued that taking a selfie often means succumbing to pride, arrogance, and ostentation—all of which make them a sin under Islam, according to Siauw.” The featured image of this post? That’s the president of Indonesia engaging in a selfie. Uh oh.

This belief is not sitting well with Indonesians, who are generally lovers of the selfie. To protest the proclamation by the young cleric, Indonesian men and women are publishing selfies on twitter with the hashtag #Selfie4Siauw. Probably not the reaction the cleric was going for.