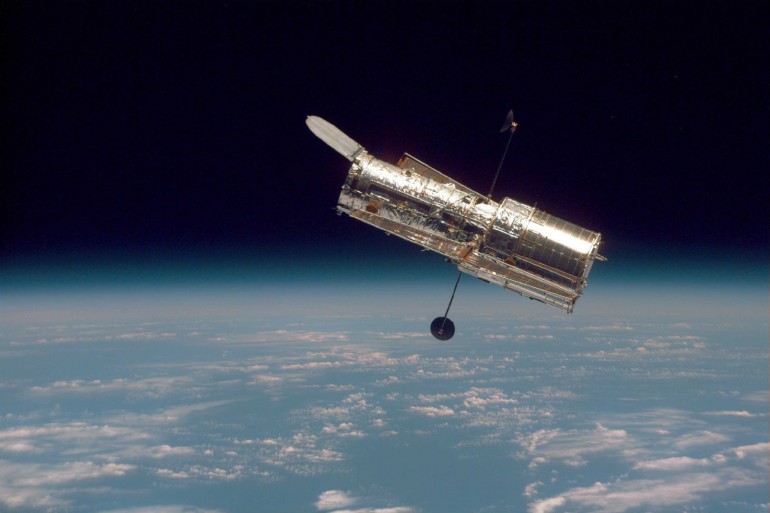 Just when you think that your telephoto lens is powerful enough, NASA begs to differ with their massive lens that can give us a picture of the vast Andromeda Galaxy. The Space Agency’s powerful NASA/ESA Hubble Space Telescope, the largest ever assembled, captured a sweeping and mind blowing bird’s eye view of the our neighboring galaxy. The panoramic image, easily the largest picture ever taken, was unveiled earlier this month during the American Astronomical Society meeting in Seattle.

According to NASA “The Hubble Space Telescope is powerful enough to resolve individual stars in a 61,000-light-year-long stretch of the galaxy’s pancake-shaped disk. It’s like photographing a beach and resolving individual grains of sand. And there are lots of stars in this sweeping view, over 100 million, with some of them in thousands of star clusters seen embedded in the disk,” and further adds the significance of this photographic cartography of the Andromeda galaxy as an exemplification of  “a new benchmark for precision studies of large spiral galaxies that dominate the universe’s population of over 100 billion galaxies. Never before have astronomers been able to see individual stars inside an external spiral galaxy over such a large contiguous area. Most of the stars in the universe live inside such majestic star cities, and this is the first data that reveal populations of stars in context to their home galaxy.”

The image comprises of mosaic photographs using 7,398 exposures taken from 411 Hubble camera individual high definition pointings, taking our eyes to scan over 100 million stars spread over a distance of 48,000 light years.  It is a gargantuan image measuring 1.5 billion pixels (69,536 x 22,230) and consumes 4.3 GB of disk space and capturing almost all of your breathe away. 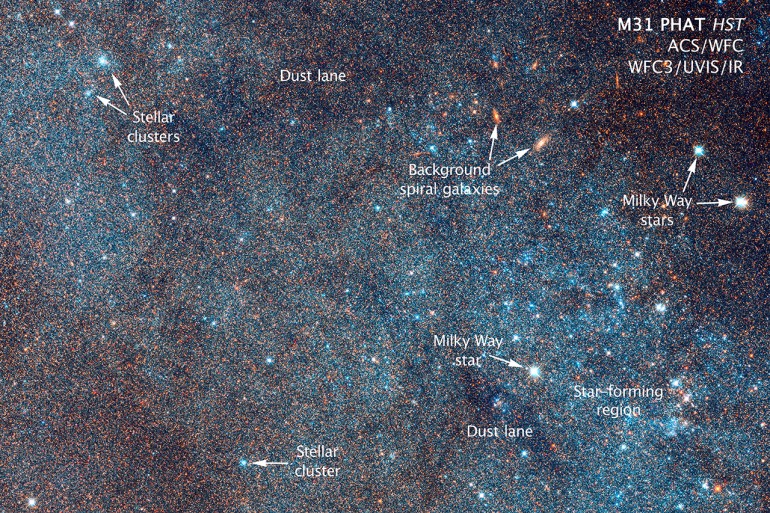 Close up of the Andromeda Galaxy © NASA

To further appreciate the staggering view of the Andromeda Galaxy, NASA has provided a zoomable browser-based version of the image and an interactive fly through effect video – for all of us space and photography geeks alike.

Astronomers and scientists believe that the Andromeda and the Milky Way are destined to collide billions of years from now, a colossal event that is expected to form a much bigger galaxy.