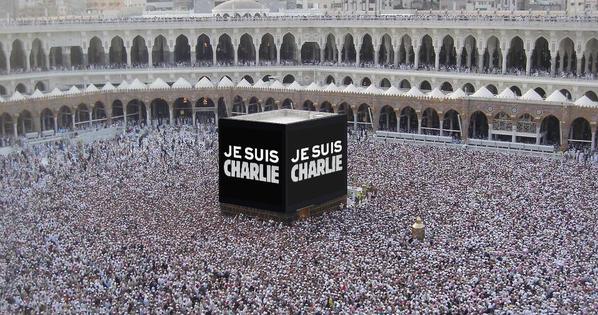 The Emotionally Riveting Photos of #JeSuisCharlie

The recent attack on Charlie Hebdo, a satirical weekly newspaper based in Paris, has attracted world-wide coverage in the last week and the public response has been absolutely enormous. Millions of supporters have converged all over the globe to advocate for journalistic rights, the freedom of speech and the ability to write without fear. BBC reports that in Paris alone, over 1.5 million people have flooded the streets to participate in rallies headed by the leaders of more than forty countries. Demonstrations in major world cities such as New York, Jerusalem, Berlin, Brussels, Madrid, and London, among others, have turned up tens of thousands of protestors rallying together in their own support of “unity against hatred”.

With twenty people killed during the attacks on Charlie Hebdo’s staff in Paris and the subsequent hostage situation in northern France, the shootings are considered the most devastating acts of terrorism in France since 1961. Refusing to mourn in silence, the media community has responded with an outpour of heartfelt messages, cartoons and hashtags that have reached millions of people following the coverage through social media. No icon of the Charlie Hebdo attacks has been more pronounced than the image of slogan “Je Suis Charlie”, translation: “I am Charlie”, which was created by Stylist art director Joachim Roncin immediately after the shootings in Paris. The slogan has become a sign of free speech, a symbol of liberty and a source of inspiration for the masses to come together and fight for the written word. Here are some of the most compelling images from #JeSuisCharlie we’ve found yet:

Charlie Hebdo to ridicule #Mohammed in new issue: ‘We will not give in’ http://t.co/aeiLYEgwij #JeSuisCharlie pic.twitter.com/yET2LdWri2

Our final post of the day and our thoughts and support for #jesuischarlie http://t.co/fIk8epIZnp pic.twitter.com/bRyy6VrxH3

#JeSuisCharlie has been built into the infrastructure of the French internet as a tribute http://t.co/DDW1UFwEV6 pic.twitter.com/FmfGN6FLOQ

#KimJongUn and radical Islamists are are attacking the core of our cultures. And they will lose. ???? #JeSuisCharlie pic.twitter.com/M4UiFXKpgl

The terrorists wanted to bring France to its knees. They brought Europe to its feet. #JeSuisCharlie #ParisAttacks pic.twitter.com/N8mJr3Odlh

Rallies against extremism are continuing on the streets of Paris and around the world. Stay on top of the live coverage here.