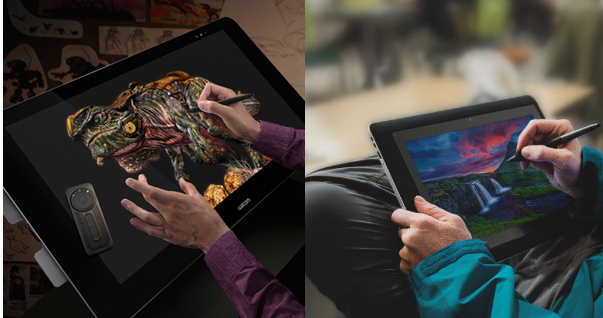 Today, Jan. 6, Wacom unveiled its latest inventions in the world of creative tools: two brand new creative pen displays. There’s the Cintiq 27QHD, which the company is calling their “most powerful and most beautiful pen display to date,” along with the Cintiq Companion 2, otherwise known as the “mobile master.” Expected to be released in early spring 2015, Wacom will in the meantime be offering five models of the Cintiq Companion 2 for preorder. The official retail dates are still a bit vague.

But that’s not to say they don’t seem crisp. After all, Wacom is a company that “works for a creative world,” so the anticipation is only natural. While we wait, though, let’s take a look at some of the displays’ new features. At 27 inches, the Cintiq 27QHD is Wacom’s largest creative pen display in the company’s history. With a 2.5K display and a built-in stand, this desktop surface is equipped with the powerful new ExpressKey Remote offering a three-mode touch ring and 16 individual customizable buttons (along with a 17th button dedicated to showing the settings of the remote). Not to mention, it’s fully loaded with five USB3 ports. There’s also an colorimeter accessory bundle that can hold the Cintiq to an impressive 97 percent AdobeRGB. 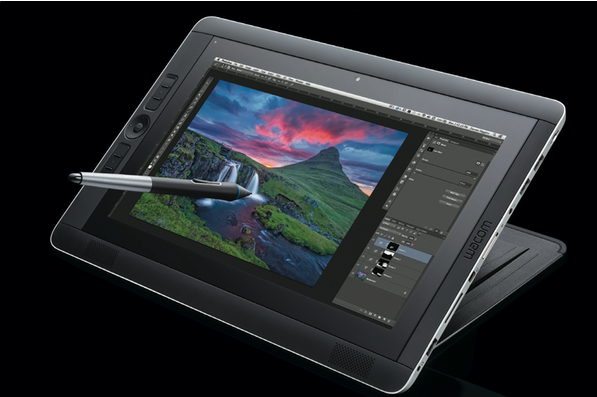 At 13.3”, the Companion 2 is certainly lighter, slimmer and smaller than it’s predecessor; yet, it still packs quite a punch. Offering three USB3 ports, the surface boasts the same 2.5k resolution as the 27QHD, along with SD and Micros SD slots, a Mini-DisplayPort out and a total of six ExpressKeys. Nonetheless, the standout feature on the Companion is what Wacom says has been “the single most requested feature that got implemented”: You can connect the display to any system and get an HDMI signal out of with the 2-in-1 cable.

Stay tuned for news on the latest tech, gear and products. Meanwhile, visit the Wacom Community page for more on the 27QHD and Companion 2.