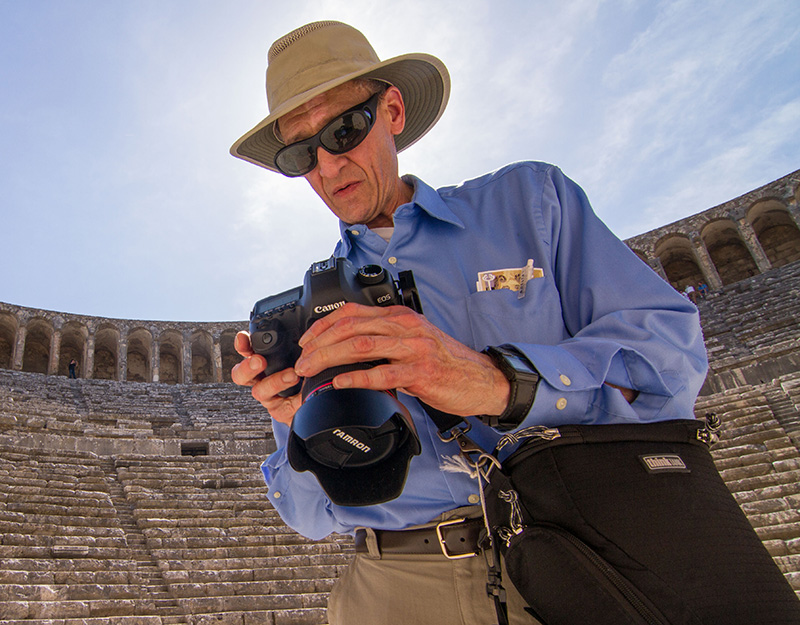 When Did Distorting People in Photographs Become an Acceptable Practice?

I recently saw an image on my Facebook feed that was shared from a professional photographer buddy of mine. He often will post photos from past projects, in addition to his latest images. The shot I saw on this day took me completely by surprise. Not because it was amazing, but because it was terrible.
I’ve seen lots of this particular photographers work, and it’s generally very good. They have plenty of print credits, make a sustainable income with their skill, and by all means are a professional at their craft. What I saw in the image is something I’d have expected from a recent college graduate, assistant, or otherwise non-professional shooter.

(I had hoped to share the photo I had seen, but I was not able to secure permission to do so. Hopefully my other examples will illustrate my point further)

When I was learning about photography some years ago, I played around with wide angle lenses enough to see what kind of images I got. I thought the distortion created was actually really interesting to look at and therefore, I thought it was desirable. It didn’t take long for the designers and directors who oversaw my work to point out how much I was distorting my wide angle images. I should clarify to say that the issue wasn’t the distortion itself, but the subject matter. I was distorting people. And the people I worked with saw this as a serious faux-pas.

In the image below, look at the feet of the campers and how out of proportion they are with the rest of their bodies. 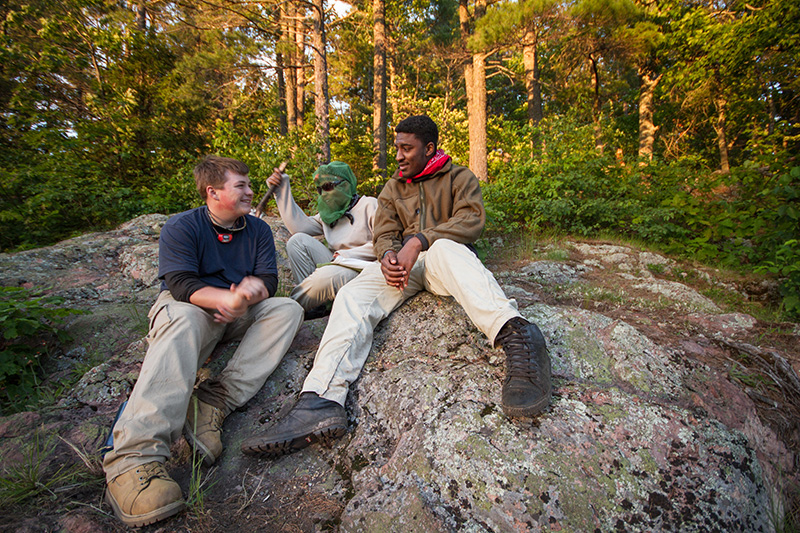 As soon as this was pointed out to me, it was as if a veil was lifted.

From then on, I couldn’t NOT notice when people in photographs had skewed proportions in wide angle images. I knew for traditional portraiture that a longer focal length was ideal, but I found myself taking environmental portraits much of the time. Including a background and context to an image, in addition to the person, often meant a wider focal length for me. The more images I created like this, the more I was in a situation of creating an image with skewed proportions, so at first it was hard to avoid.

In the image below, I was on assignment in Turkey, documenting a group of traveling photographers. I was trying to include the environment as well as the subjects in most of my images. Look at the size of his hands and head relative to the rest of his body. 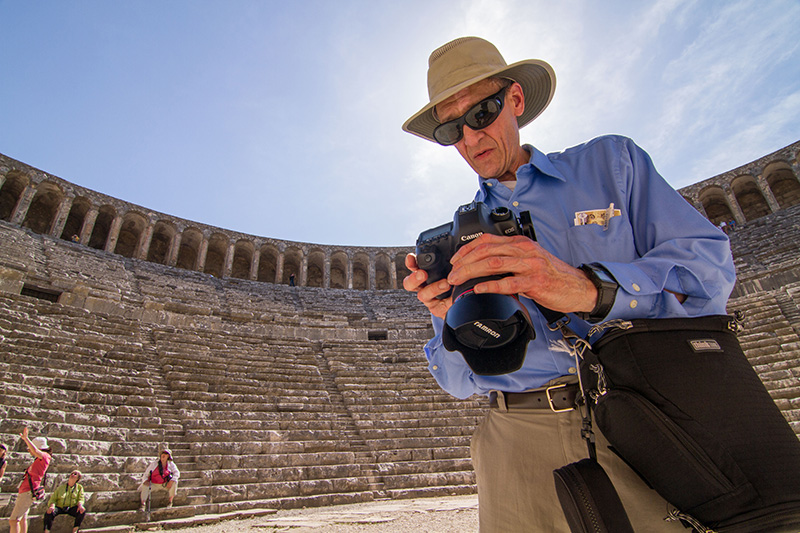 Eventually I figured out that when used specifically for the effect, it’s very useful. Purposely exaggerating features or objects can make them look bigger (or smaller) in the frame, and some clients love that effect. Now I’m able to use it to my advantage to call attention to certain areas in a composition or manipulate a particular object in the frame.

In the below shot, I wanted to capture this uniquely formed tree out in Rocky Mountain National Park. I used a 10mm lens to stretch the tree even further and include more of the landscape. I think this works fine, but if a person had been standing near the edge of my frame it would look obviously distorted. 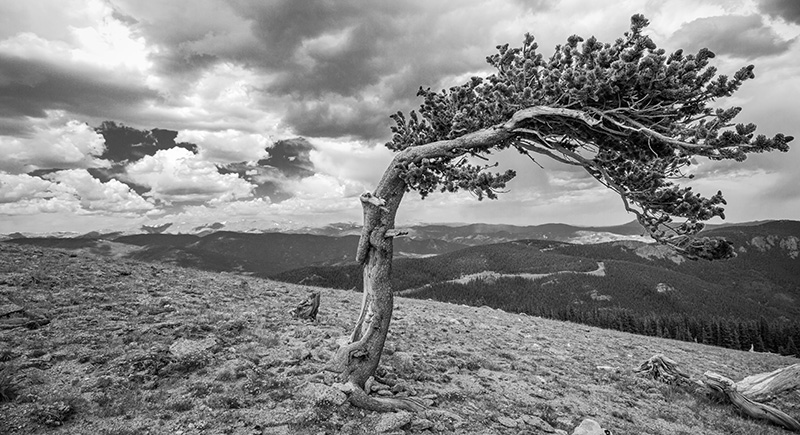 In this image, I purposefully shot the widest I could in this narrow canyon at Zion National Park to exaggerate the rock walls and create more of a sense of tight spaces. 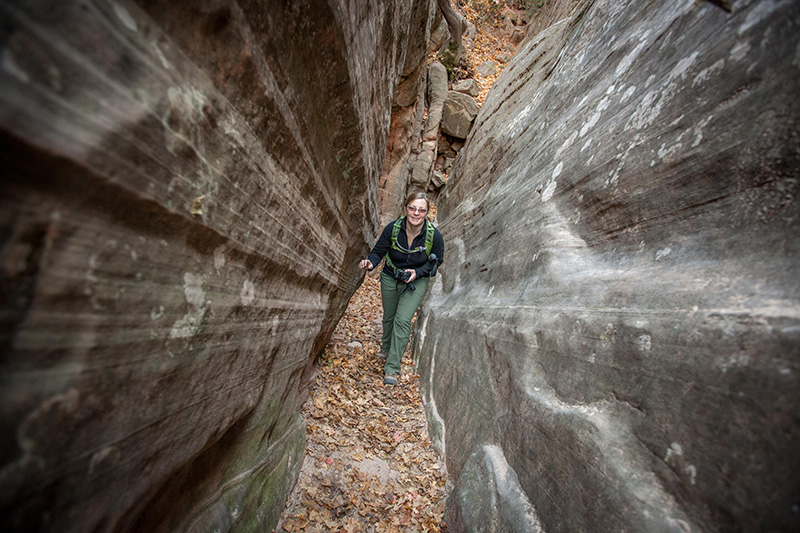 That said, I still find that when people are the primary subject and they clearly are stretched, there doesn’t seem to be for any effect at all. It looks like an unflattering error on the part of the photographer. Don’t believe me? Let’s look at 2 examples that were straight up portraits shot with a wide angle lens. 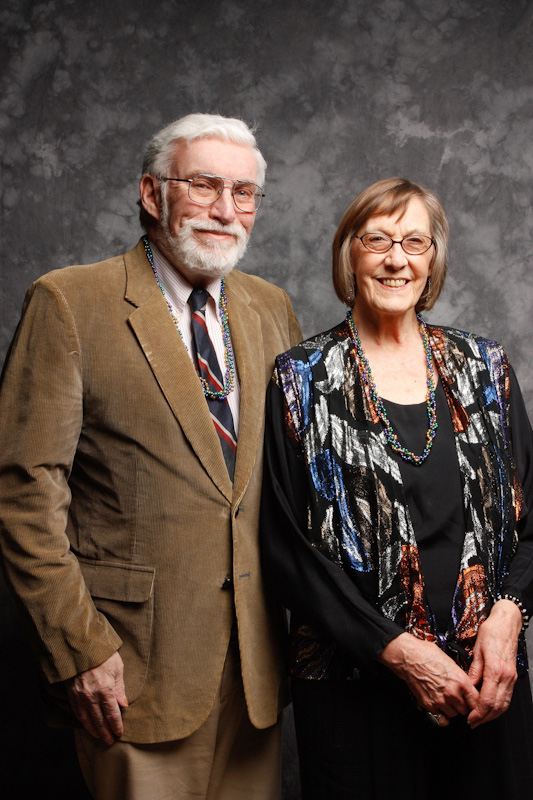 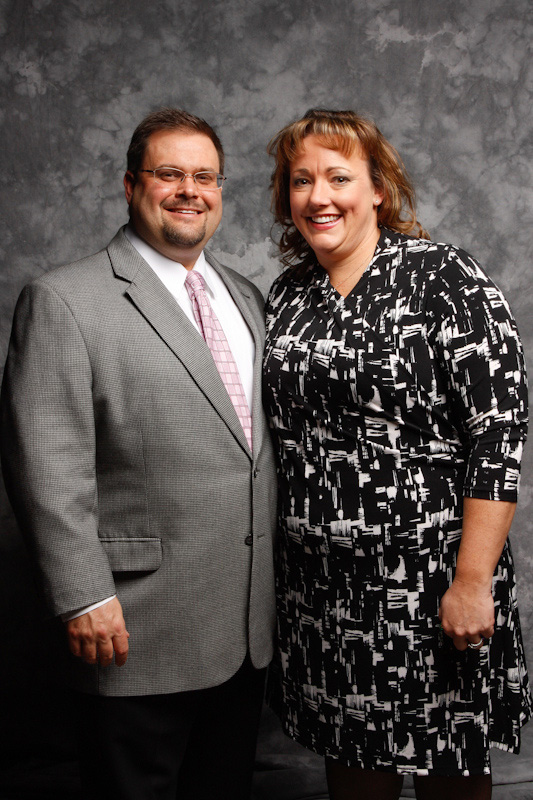 About the above photos: A few years ago I was the video/photo dude for the marketing department at a college in the Midwest. Every year there was a formal fundraising event, and they always hired an outside portrait photographer to come in and take portraits of all of the attendees. This contract shooter would set up a backdrop, lights, and have couples smile for the camera. It was part of my job to post the images onto social media, so I got to seem them before anyone else.

Some of the images looked fine, but more than a few had something very strange going on. I couldn’t put my finger on it at first, but I could tell there was a problem. And then I saw it. I noticed the hands on a few of the people. The ogre-like, massive palm stretching down to the bottom of the frame told me that it was likely that the images were shot with a wide angle lens. Not only did it seem to stretch features near the frame edges, it appeared to make objects in the center and slightly further away get very small. The result to me looks like a case of shrunken heads. 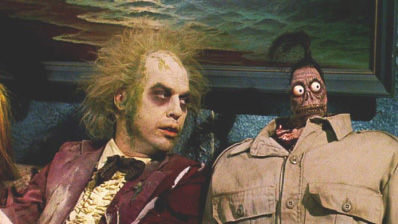 Here’s another example I found recently.

So how do I deal with this now that I’m aware of it? Let’s look at some images from a recent shoot I had in Utah. I wanted to take some outdoor/adventure photos of a hiker and her dog around some amazing desert rock formations. I made a point to shoot with a wide angle, and talk about some of the final images in this article.

My first shot was too close, and it makes the arm look fat and her body as a whole feels squished down. An image like this is definitely not a keeper IMO. I took a few steps backs, changed none of my camera settings and captured what I felt worked much better. Additionally, any stretching outward of the clouds I think helps, as it makes them look more dynamic. 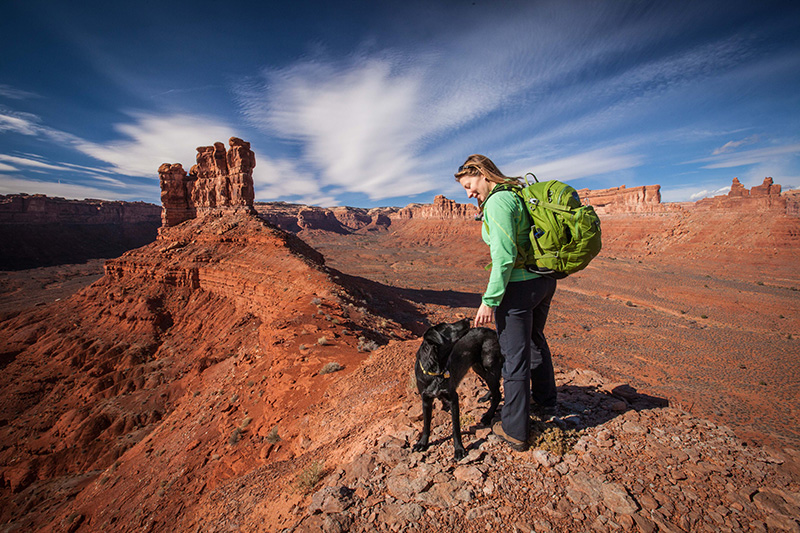 In another location, I used the wide angle lens to shrink and fit a rock tower into my frame. I had to be careful though, as her legs were leading towards the camera. As a result they were coming close to stretching so much that they might start to look unnatural. In my last shot, I made a point to place the backpack the woman is wearing near the edge of the frame, so it becomes a bit larger and noticeable. Something an outfitter or brand might want (I see them do this ALL the time) so in this case, I used the lens effects to my advantage while keeping the person in somewhat natural proportions. 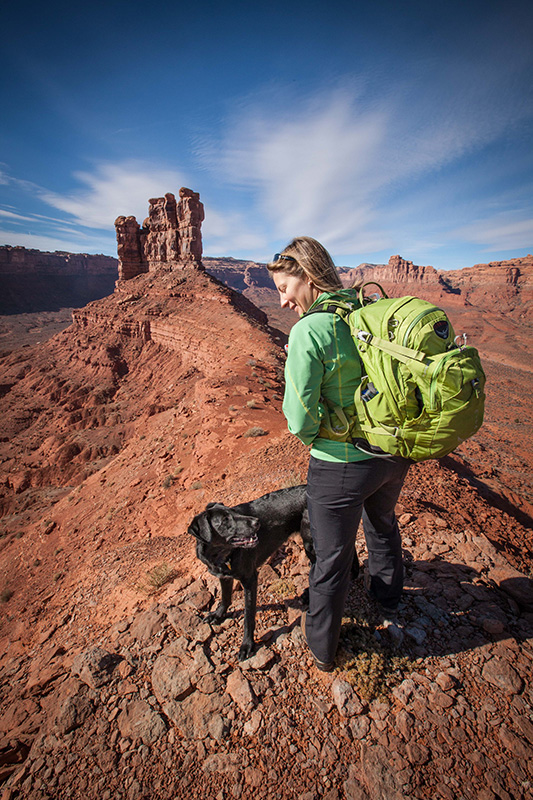 If you’re reading this and think you’re guilty of this, don’t sweat it. I’ve come to realize that most people don’t and won’t notice. I asked several groups of photographers (who have much more of a picky eye than I do) and most didn’t see a problem. Does that make it ok, or something that is a non-issue? I’d like you to tell me.

What it boils down to is this: Did your client like your photo? Were you happy with your effort in crafting the final image? If the answer to both of those is yes, then go ahead and set your focal lengths to 14mm, position your subject off to the side of the frame, and give them legs that are long and heads that are small. I will continue to think it looks weird, but as long as I’m not the one paying you, it doesn’t really matter now does it?

So what do you think?