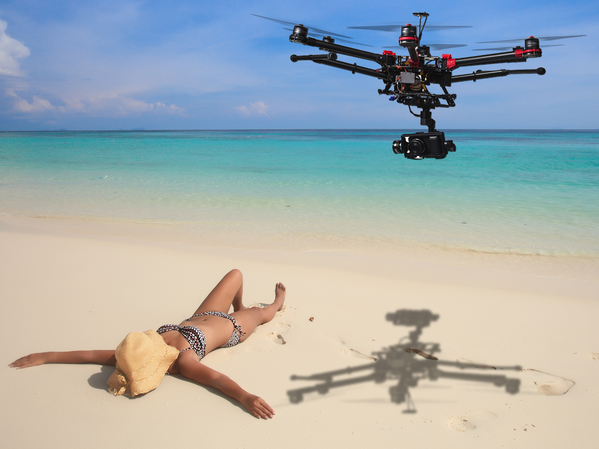 Will Drones Become the New Paparazzi?

On Monday, CNN announced an agreement with the Federal Aviation Administration (FAA) to start testing drones for newsgathering purposes—a pivotal move for the drone industry and one that media companies have been advocating in court for the past year. Before CNN’s approval, the FAA had only granted oil titan BP and a few film production companies exemption from its ban on drones for commercialization. This new agreement is a huge step for aerial news-gathering, a major win for media organizations and a technological revolution that will change the face of journalism as we know it.

Drones are able to access hard-to-reach and dangerous areas that would normally be incredibly difficult for humans to report from, if not impossible. The technology itself would save time, money and lives—which is why it is considered such a valuable commodity for news-reporting agencies. But with the recent release of FAA’s agreement with CNN, many are asking: Where do we draw the ethical line in drone reporting? What will keep drone systems from being utilized for the extremely lucrative celebrity paparazzi industry, where scandalous photos can be bought for upwards of millions?

The FAA is going to have their hands full—even after working out the ethical boundaries with CNN and the other news agencies that will undoubtedly follow, the ease and temptation of drone technology might lead down a slippery slope to something Big Brother-esque. The commercial production of drones for consumers has even exploded; with the ability to purchase online and in stores, there is vast availability for drones—everywhere. GoPro is even releasing a line of consumer drones in late 2015.

With that said, this mass influx of drone systems technology in both the commercial and consumer world will most likely be incredibly hard to regulate. Already, there have been a slew of cases reporting drones being seen outside celebrities’ homes, nuclear installations and even above the Buckingham Palace. There are regulations that have been put into effect to keep drones away from certain areas, but they are not always successfully enforced. Until stricter laws are put in place to prevent drones from having unlimited, unrestricted access, drones will quickly evolve as the forefront of a new generation of paparazzi.