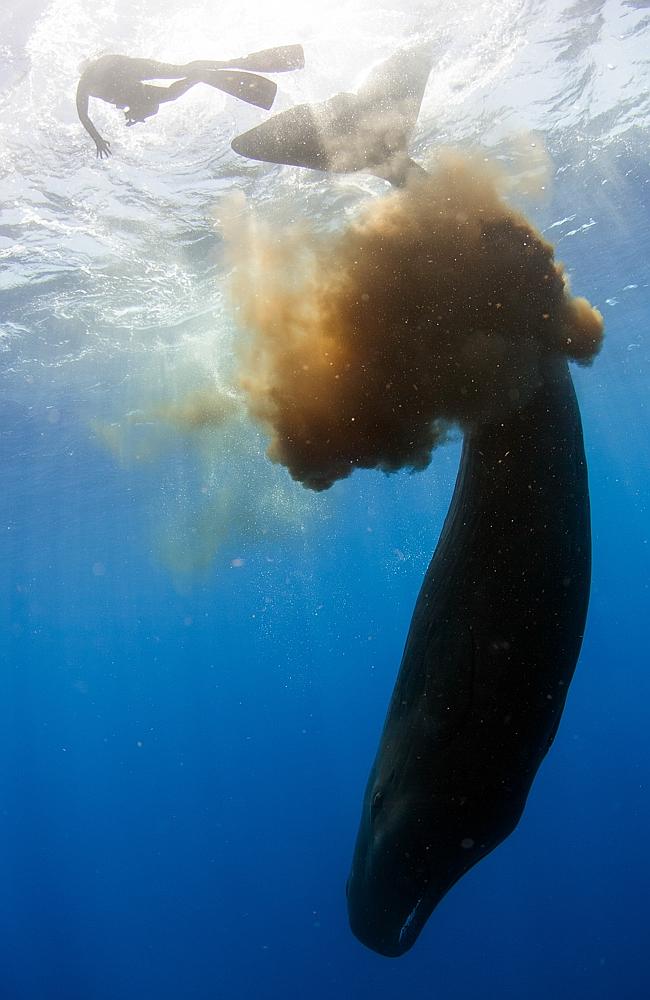 If you’re ready for something grotesques yet fascinating, then this is the story for you. News.com.au is reporting that four divers not only were able to photograph this very rare circumstance, but were actually caught in it. So what is “it”? It’s colloquially called a “poopnado,” and it’s when a whale will deficate an incredible amount into the water to either confuse or scare off a threat.

Though it’s apparently not uncommon to see a whale release its bowels before it ascends, this was an entirely different kind of release, which spanned 30 meters of cloudy muck, turning the pristine waters into “chocolate milk,” as described by 30 year old diver Keri Wilk.

After a few waves of faeces were released and stirred vigorously by the whale, the water was like chocolate milk, I couldn’t see my hand when I held it in front of my face.

I had poop in my eyes, mouth, wetsuit, everywhere and I was soaked in it from head to toe.

At least it made a unique picture.

I’ve never heard of it happening before, and I don’t know anyone that has had this happen, it very well could be the first time that it has been photographically documented.

To read more about this event, including how it all went down, head over to News.com.au.