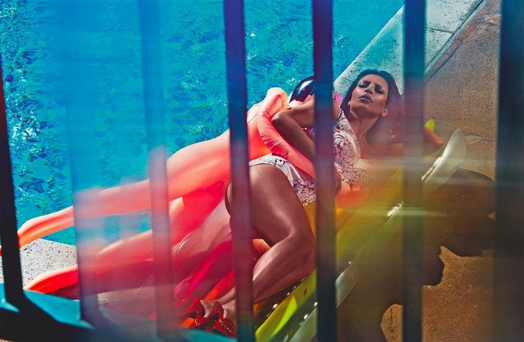 Are Kim Kardashian’s (NSFW) Photos Even Worth Talking About?

Despite Paper Magazine’s #BreakTheInternet issue still in full stock across most newsstands in Brooklyn, Kim Kardashian is back at it. Only this time, I doubt anyone will be complaining about retouching in her latest batch of nude editorial photos.

Earlier this month, we saw Kim with bleached eyebrows and wearing custom Prada for LOVE magazine’s Spring/Summer 2015 cover. This was followed by a shot of Kim facing away from the camera completely nude with “Kim Wears Prada” imposed across her body (a nod to the Devil Wears Prada novel). Then, we saw Kim ass-up with a cigarette between her lips. And yesterday, the latest image  in the series was leaked—you could almost say released—showing Kim cuddling poolside with a blowup doll.

Comparatively, these photos are much more eerie and creative than her previous editorials. Shot by famed photographer Steven Klein and styled by LOVE’S editor-in-chief Katie Grand, the images let off a deep, analog aesthetic throughout what appears to be on-location sets. Although there is no official confirmation that these photos are legit, the Mirror reports that they were uploaded to LOVE’S Instagram before being quickly deleted.

Once again Kim shows off those bleached eyebrows as she poses in a motel phone booth. Love Magazine’s editor-in-chief Katie Grand also reveals some additional details about the shoot, including that Kanye West was on set for the three-day shoot which took place in November. “I was very nervous but Kim gave herself over to us,” Grand tells Grazia. “I’d met Kanye before but never worked with him and I know how he is about clothes. He kept saying he couldn’t believe Prada had done this for Kim,” referring to the 20 custom looks that Prada crafted especially for the occasion.

And yet, it’s no question that the subject matter is a bit stale—especially since we saw Kim in a full-on sex tape back in 2007. By now, I think most people can detect Kim’s attention-seeking behavior, yet people like me continue to feed the reality star’s undying ego. Why? Well for one, most importantly, it drives web traffic. And two, it’s a product of the hate-follow—a social media stigma born out of the psychology of reality television (grab a copy of our upcoming spring 2015 issue to read my column on why hate-following is healthy).

You could say Kim’s infinite desire to get nude on camera is her way of empowering women—I’m down with that. But I just don’t think that’s the case. So let’s take a look at these photos just one last time, before she makes it to the Getty Images top search terms for the second year in a row. 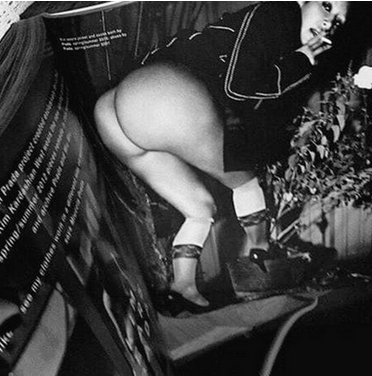 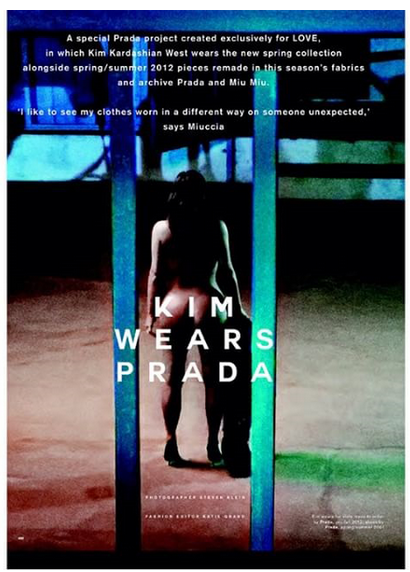 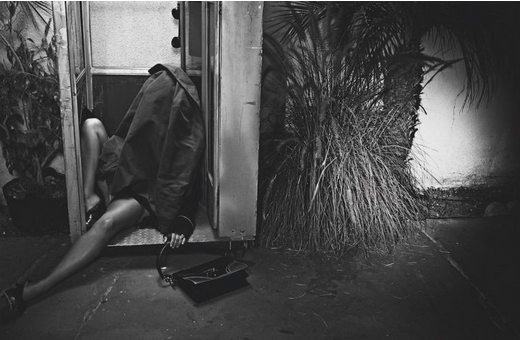 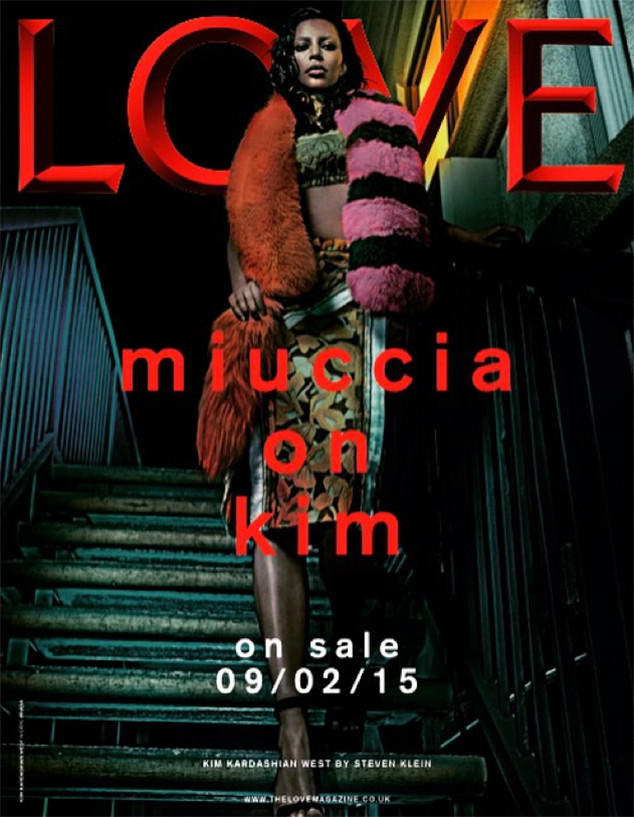 UPDATE: Another photo has been leaked (released). And this time, Kim goes full frontal. 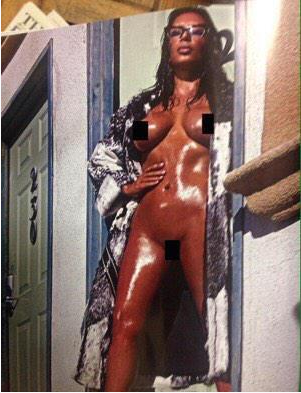