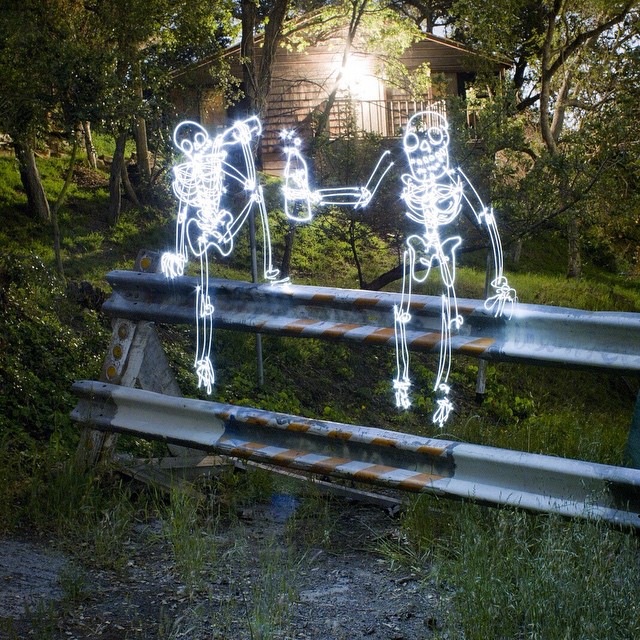 Instead of shuffling between his two hats of being a photographer and a light illustrator, Darren Pearson blended the two together to create a series of the most surreal images wowing the Instagram crowd nowadays. He has achieved this by combining surrealism with his drawing artistry, making viewers come up with the usual question of ‘how did he do it?’. “I just like looking at the back of the camera and not knowing what’s going to appear,” says the 31-year-old visual artist based in Los Angeles. 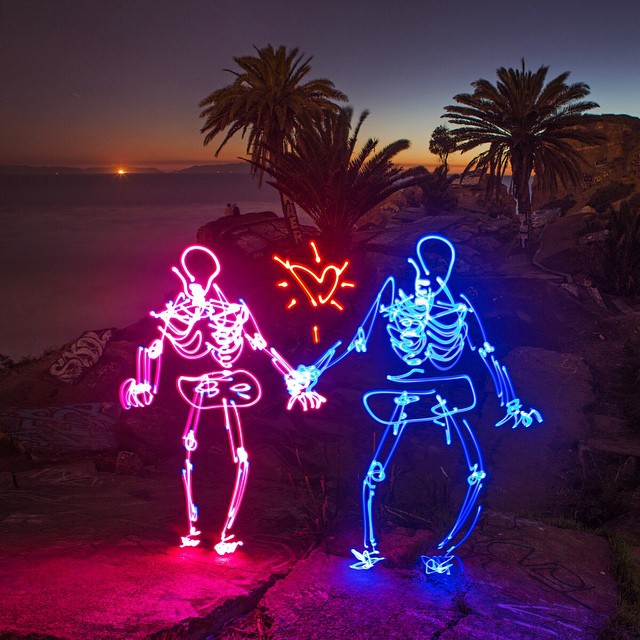 He manufactures art with the use of a camera (a Canon 7D) which he set on a long exposure, a tripod,  580 ex speedlite, LED lights, prism glasses, colored key-chain lights, electric wire and plastic gels all of which he use to draw light images consisting of mostly skeletal figures. “If it appears way better than what I was thinking, that’s like, ah! That’s a victory!” It is more surprising to know that doing all the light illustration is the easiest part for Darren, as he find looking for location the most difficult part “finding a cool spot without ambient light or sketchy night-people. In Los Angeles, that’s a tall order!” 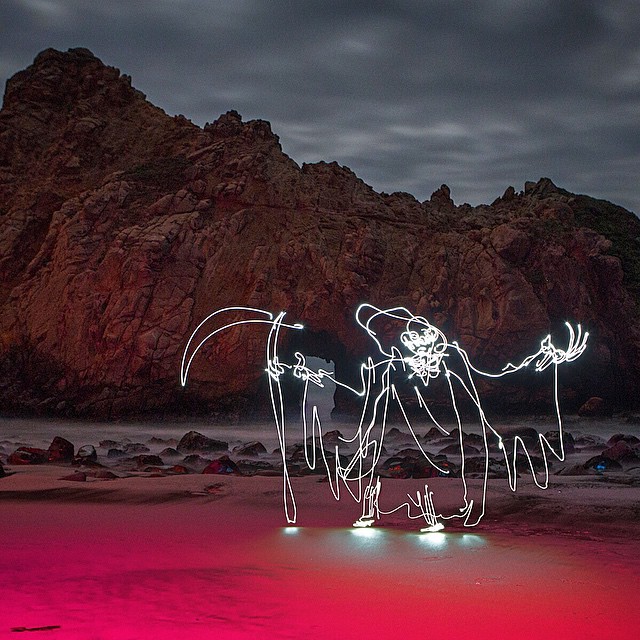 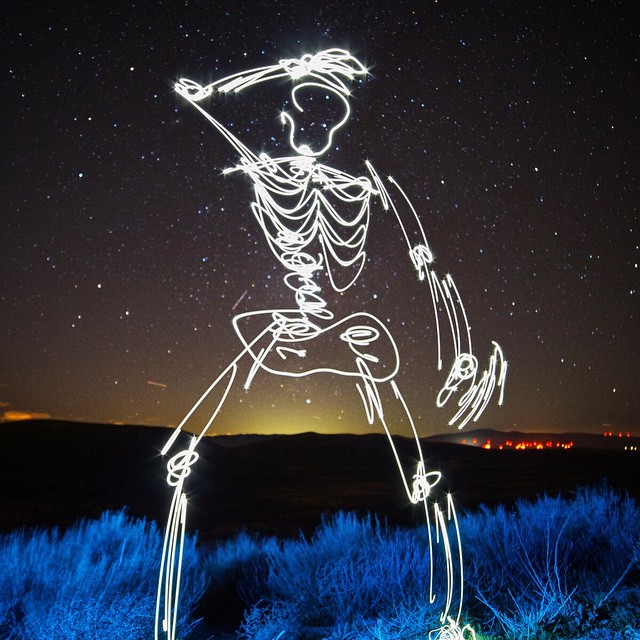 Influenced by a portrait taken by LIFE magazine photographer Gjon Mili in 1949, of painter Pablo Picasso – which shows the legendary Spanish art master standing shirtless and creating lighting paths in the air with the use of a tiny lighting device.  Seeing that image provided Darren with a creative idea worthy of re-imagining and honing for his own art “I was like, ‘What the heck is this?’” says Darren. “It kind of blew my mind.” 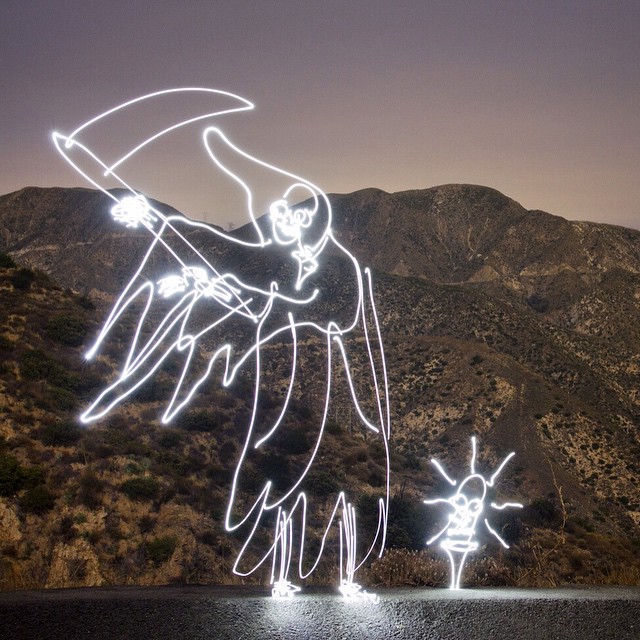 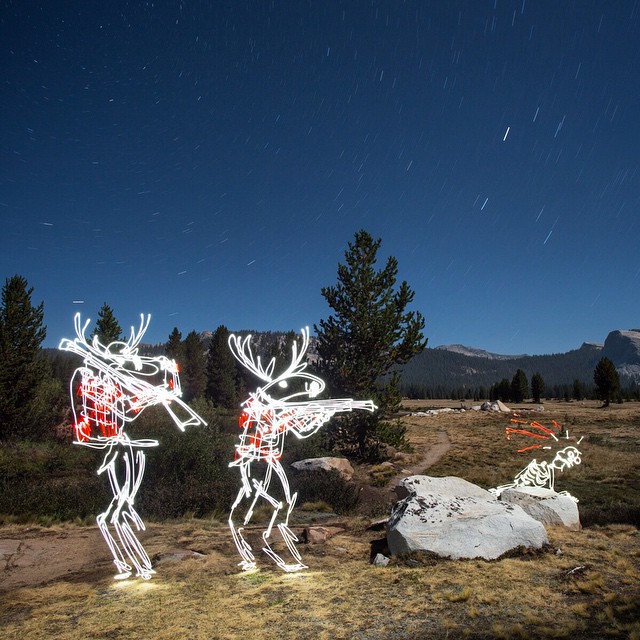 Darren gradually improved on his own version by starting with light illustrating stick figures until he became more enamored in drawing more complex characters such as the grim reaper, dinosaurs and skeletons, doing all human-like movements like dancing, clowning around and even having a drink. Set against the various landscapes where his characters are seen frolicking in the desert, beaches, mountains and the urban cities, Darren’s light characters really shine to life in his wonderfully made photographs. 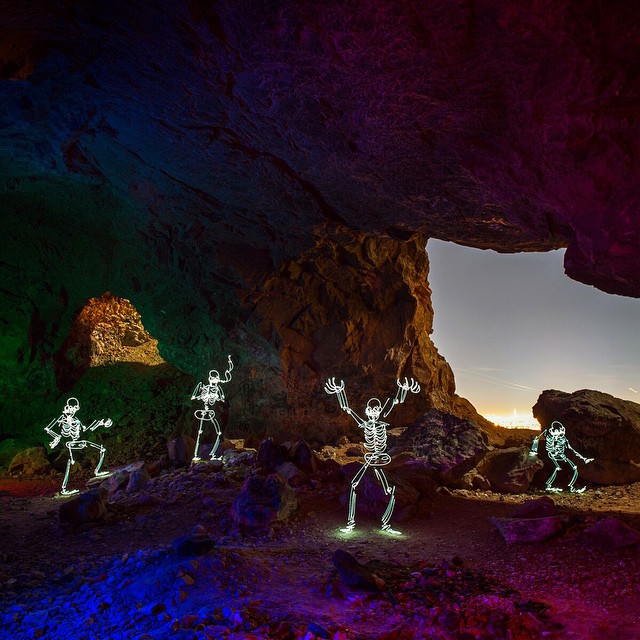 “I was a kid just looking up in natural history museums, just being totally overwhelmed and inspired and awe-struck at these huge beasts that lived on Earth,” tells Darren about his fascination with prehistoric creatures. Asked about the skeletons,  it isn’t because he have some inside his closet, his reason is simple and with a good message “It’s a very expressive way to place a human being in a photograph,” he says. “There’s no race or gender or specific thing. This is a universal thing that we all have.” 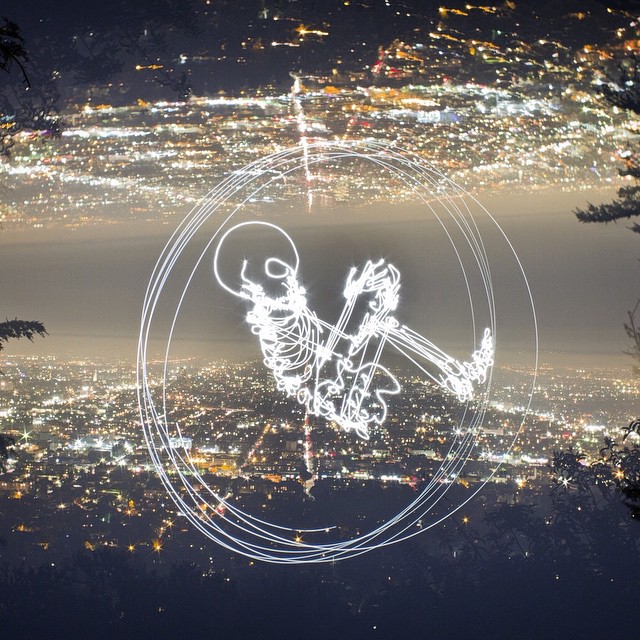 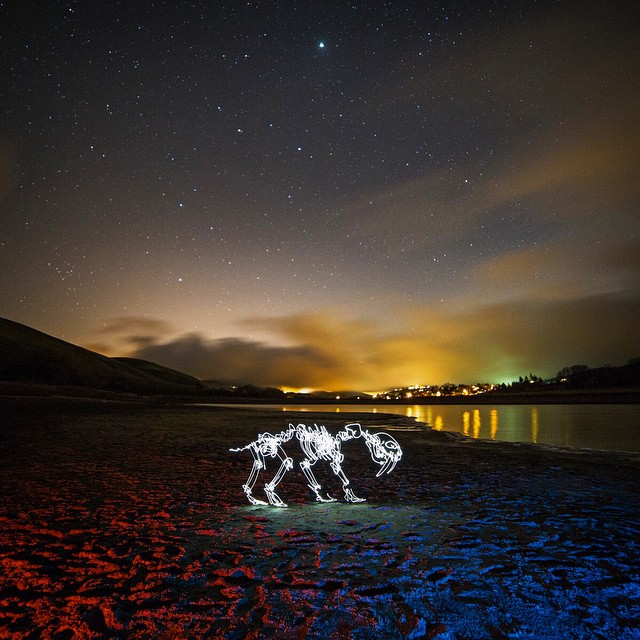 So next time you look at one of Darren’s light painting photographs, do not easily mouth the word “Photoshopped” as though he’s heard the word hundreds of times, it pays to know the real score. That, Yes! none of these images are Photoshopped and all of the figures present on his images are the work of his own hand and perfected technique. To view more of Darren Pearson’s light illustrations, follow him @dariustwin on Instagram. 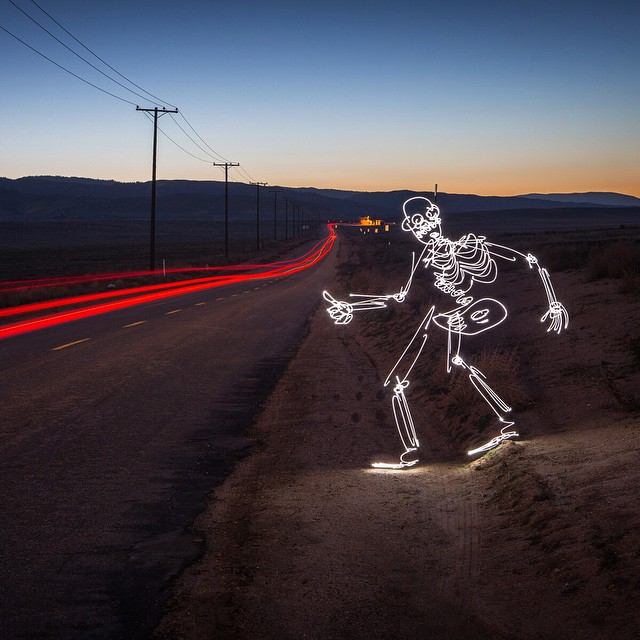 Here are some of the other impressive light illustrations of Darren: 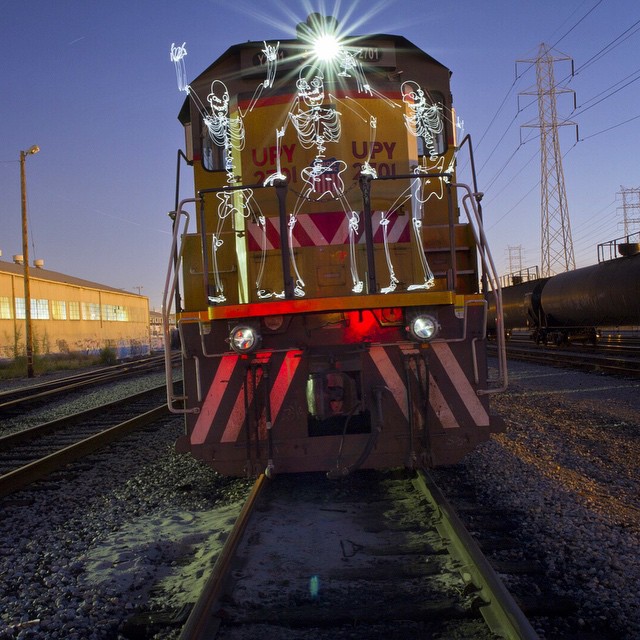 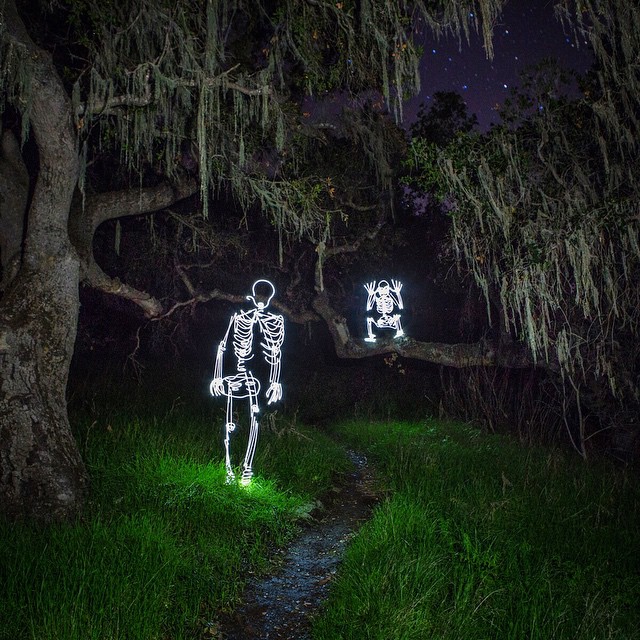 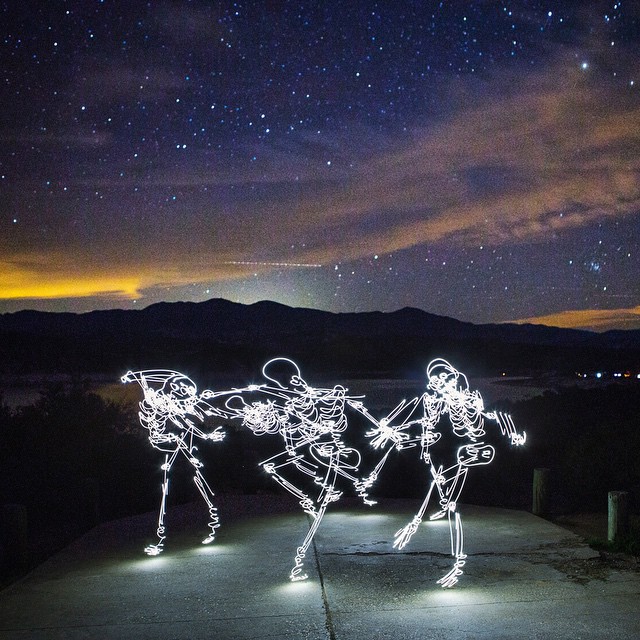 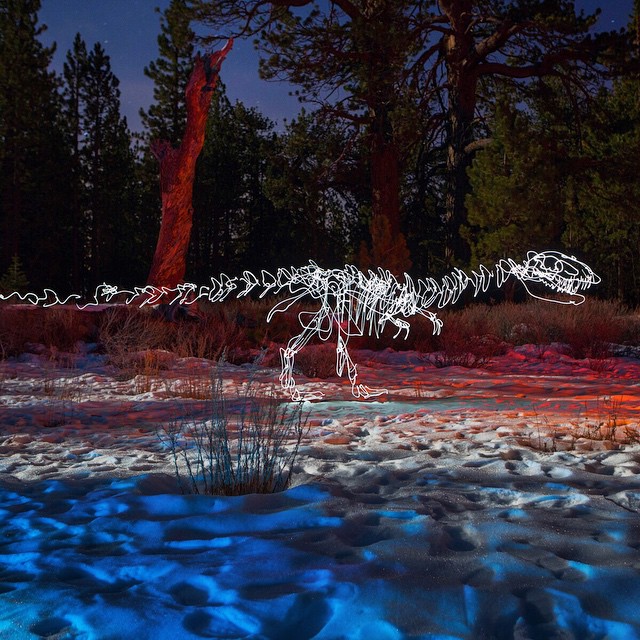 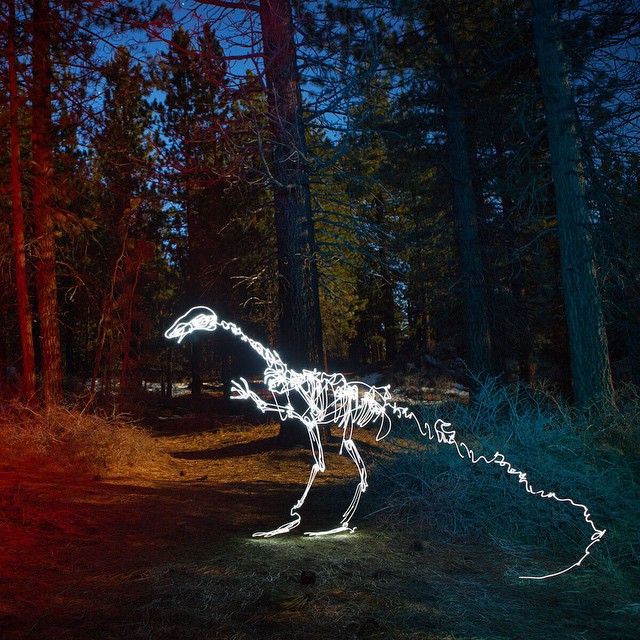