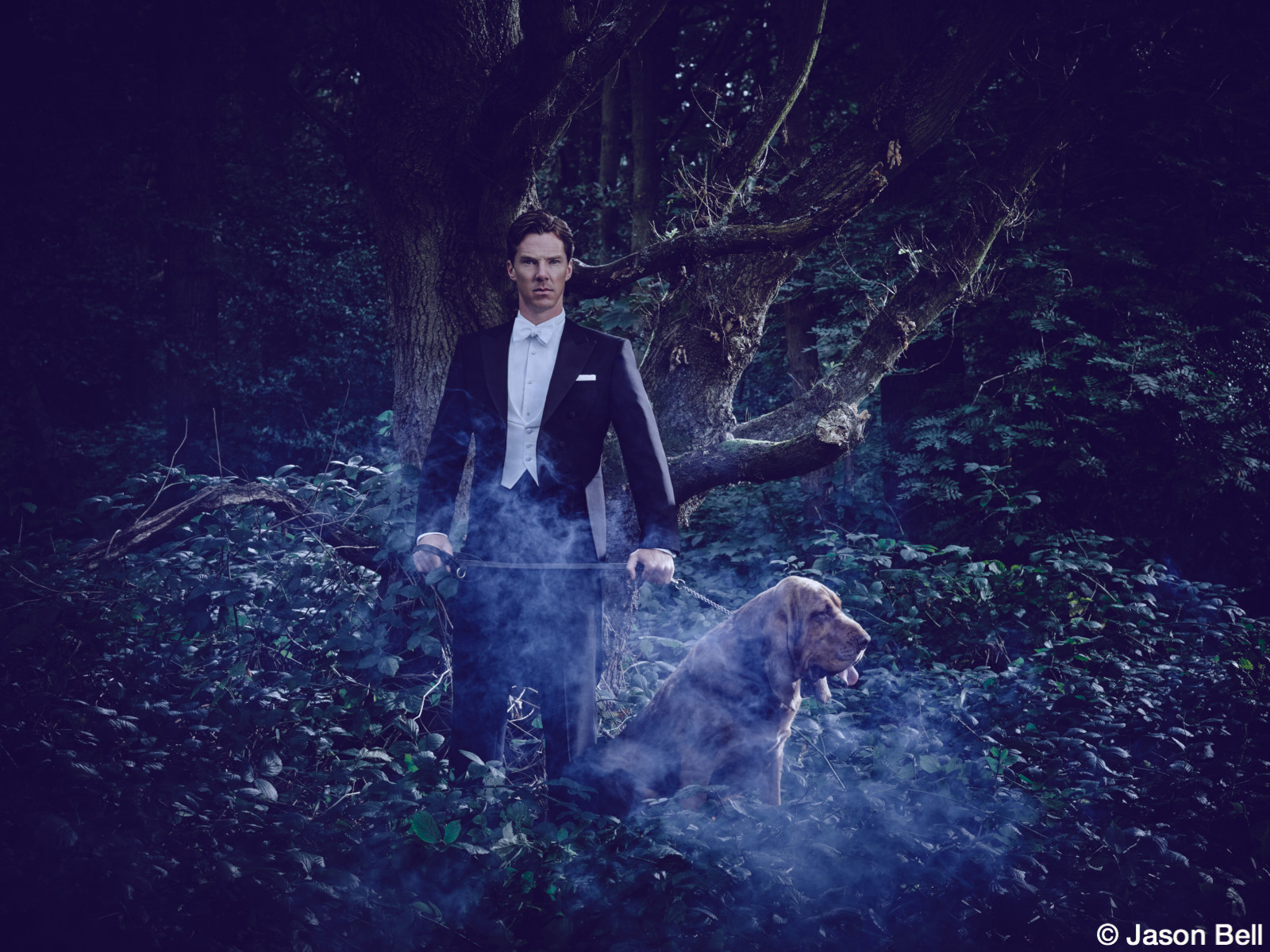 Go behind the scenes with Jason Bell and experience Benedict Cumberbatch handle dogs, climb a tree, and dive backwards into a lake:

On the first shooting location Jason set out to turn a day lit forest into night. To accomplish this task, a variety of lighting equipment, two guys with moveable smoke machines, and the actual photographing had to come together as one.

The shoot became even more elaborate when two lively giant hounds were added to the mix. 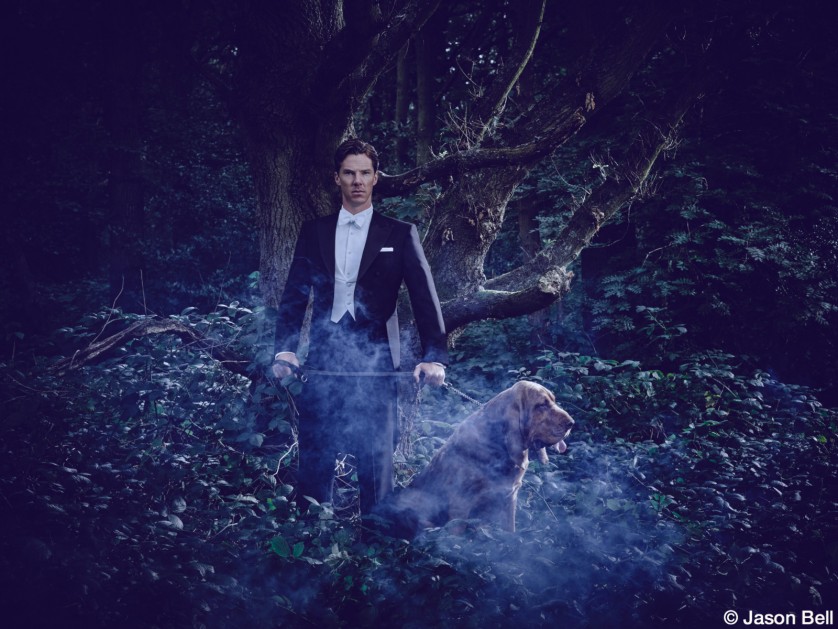 “I like to have a sort of narrative in my head which you don’t necessarily get when you look at the picture, but it informs the mood of the picture. On this occasion I am imagining that he has been at a ball, he is probably drunk, and he is going home with his dog. That is the story in my head for the picture. It helps me decide where light should be and even how I print. And it helps him to think about something rather than just: ‘I’m having my photograph taken.’” 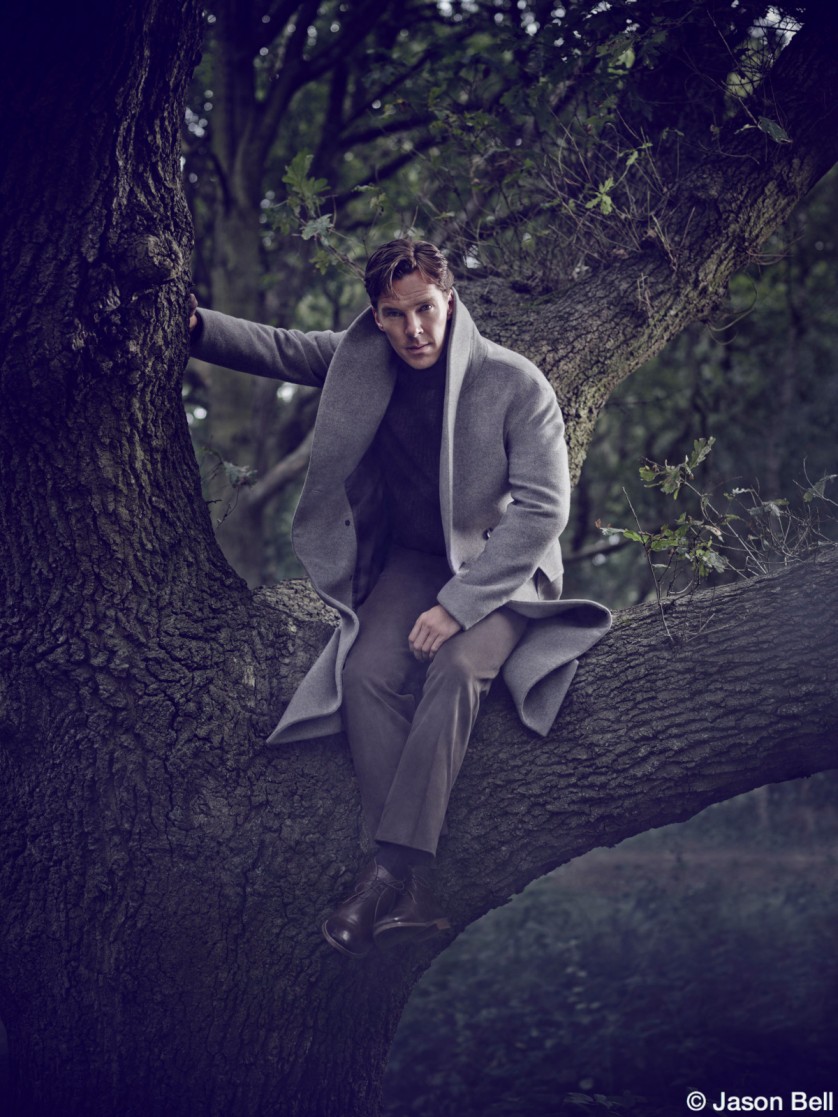 Jason Bell emphasizes the team effort it takes to make a shoot like this happen: “It is a collaboration with all the guys doing the lights and the smoke. I’m not doing it on my own. I’m the captain of the ship.”

While Jason directed his crew, he also made sure to include Benedict Cumberbatch in the creative process. “He got very involved and there were things he wanted to do which I always really like”. Benedict’s creative ideas included a suggestion to jump into the lake – fully clothed – rather than being photographed next to it. Jason went along with the idea immediately. 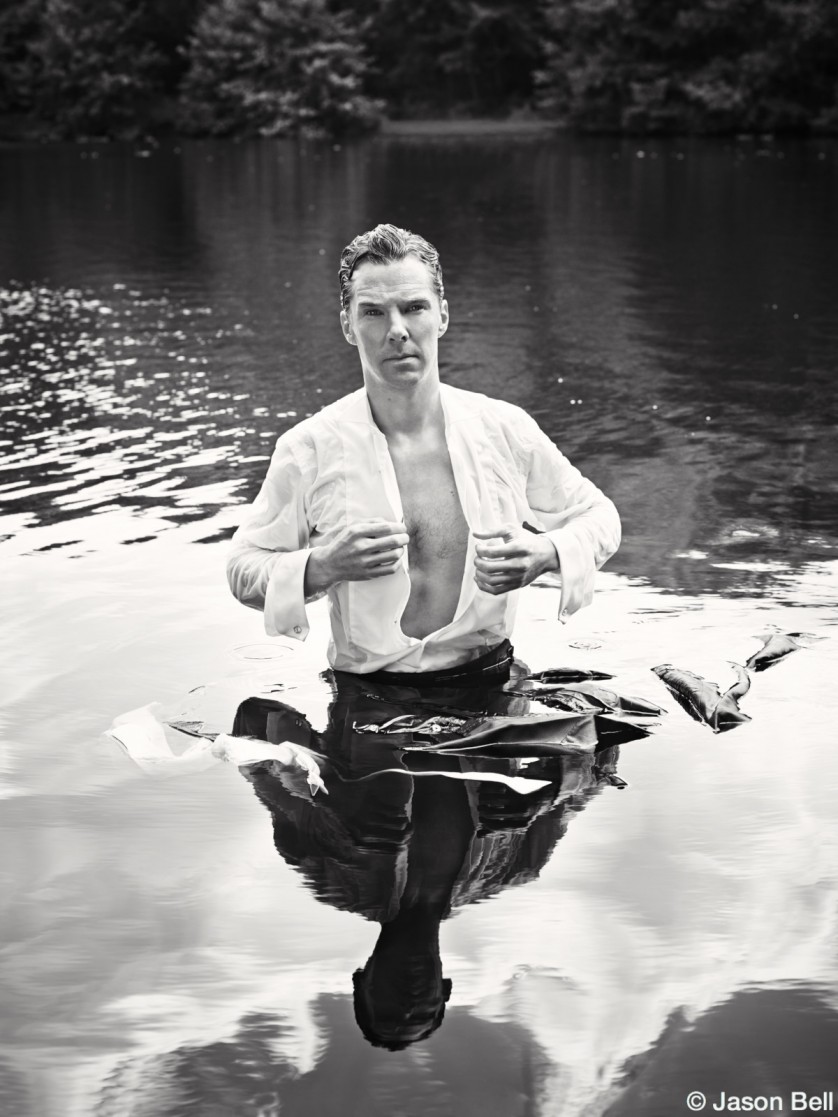 “We plan a lot of it and set it up but always when the person is in camera and I start shooting is when I really decide”.

Jason Bell came up with the idea to shoot an all-U.K. edition of Vanity Fair’s annual Hollywood Portfolio issue. The shoot featuring Benedict Cumberbatch is just one of the 44 British icons portrayed in the issue.

Jason Bell: “My favorite thing about working for Vanity Fair is the creative freedom. They are fantastic at saying: “What do you want to do? Okay, do it.” That is obviously an exciting thing as a photographer to be allowed to do what you want.”

Check out the rest of the Vanity Fair Hollywood Portfolio images shot entirely by Jason Bell with Phase One here.