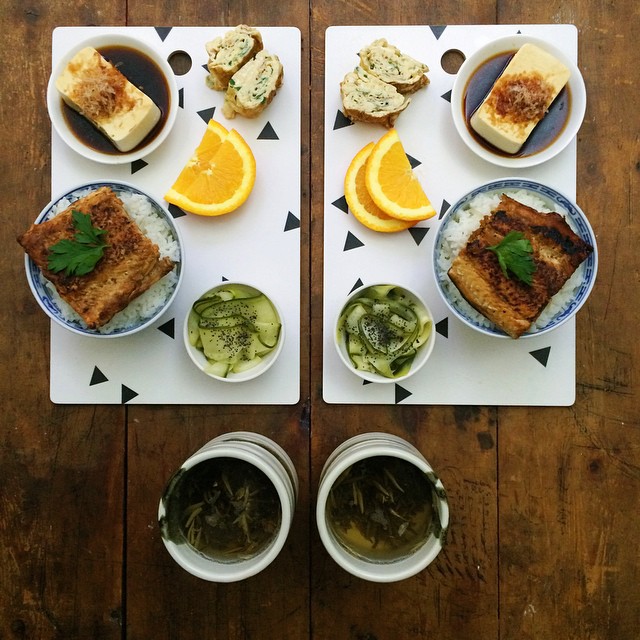 Symmetrybreakfast Feeds Instagram with a Visual Feast of Food Photography

Checking your Instagram on an empty stomach might be a bad idea if you chanced upon Michael Zee and boyfriend Mark van Beek’s @symmetrybreakfast account. But if you are a foodie, then be prepared to spend time salivating on the visual feasts that their photography offers. The couple started documenting their symmetrical  breakfast after they moved in together. Using only a rustic wooden table as platform, they carefully laid out the meticulously prepared dishes for their camera to devour. “I made Mark breakfast, stuck it all on a tray to carry it, and noticed it was symmetrical. And that’s how it started,” says Michael whose penchant for all things artistic extends from his day job at the Victoria & Albert Museum in London. It also helps a lot when his partner Mark is also a known creative person working as a Design Director. 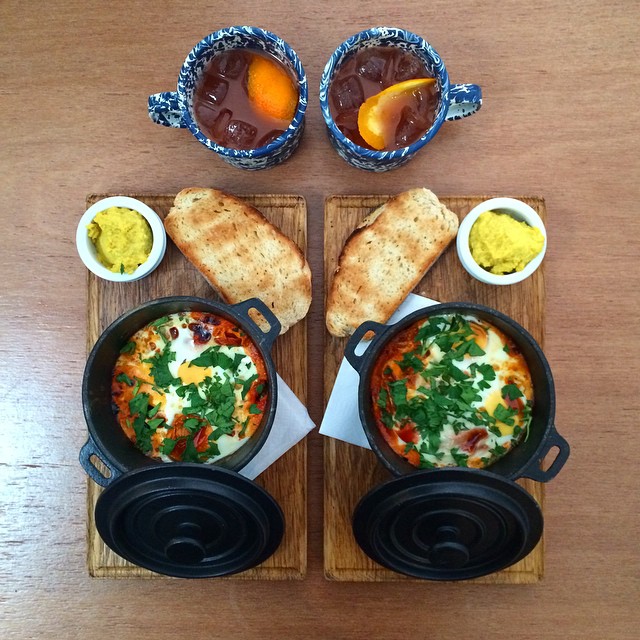 Together, the two is now feeding Instagram with breakfasts of champions to die for. Who wouldn’t want to wake up with these sumptuous morning meals waiting at the kitchen table? Part of the couple’s intention is to show their audience that breakfast should also offer a manifold of choices  “I have learned that anything can be breakfast,” Michael says. “Not everyone eats toast or cereal, and I really want to reflect that.” 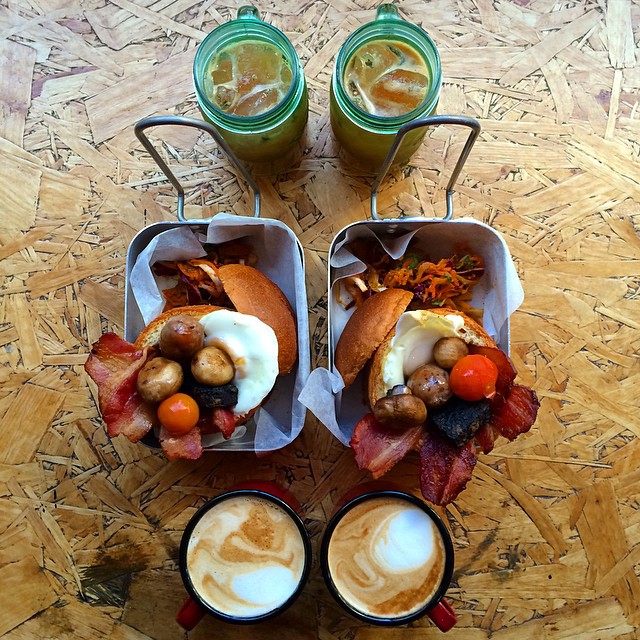 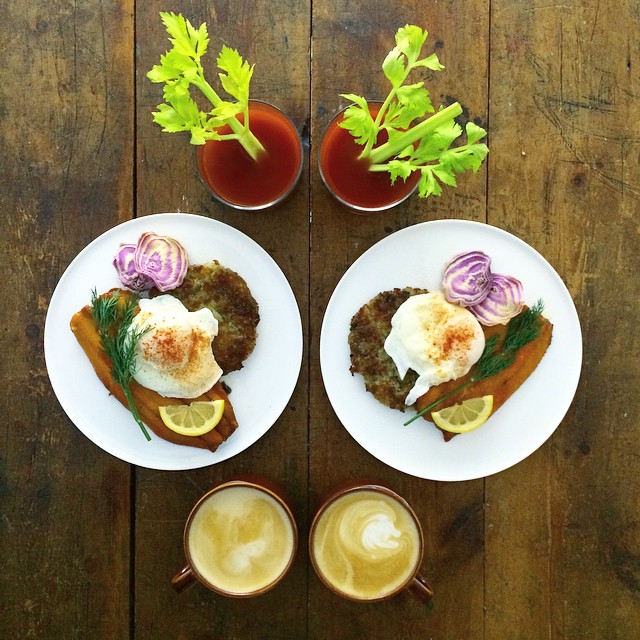 Using only an iPhone 5s camera, Michael and Mark share their shooting and food preparation methods. In charge of the cooking is Michael, who also basically does the rest; like photographing and plating the food, while Mark is in charge of the ‘toughest’ task, of being served breakfast (but to be fair to him, he also helps research new recipe ideas).  Having the same breakfast everyday doesn’t present any problems as both men admits they like the same kind of foods and only differs in coffee preference. “Mark likes sugar in his coffee and I’ve been trying to wean him off. Lunch and dinner are almost always eaten asymmetrically!” 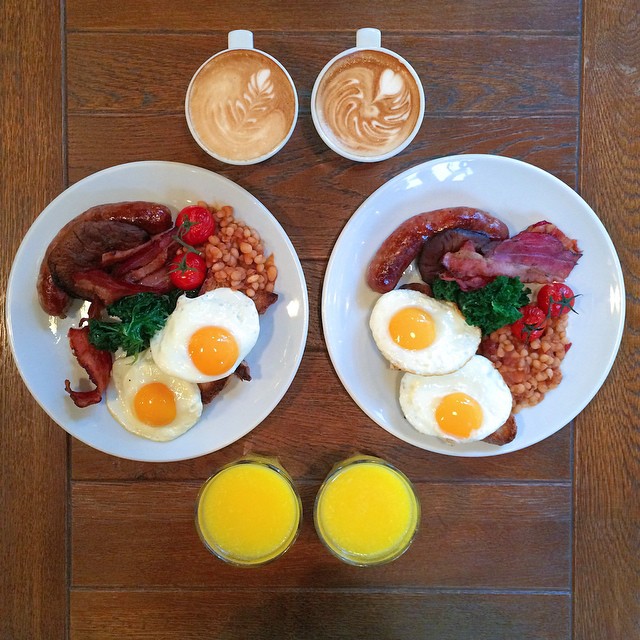 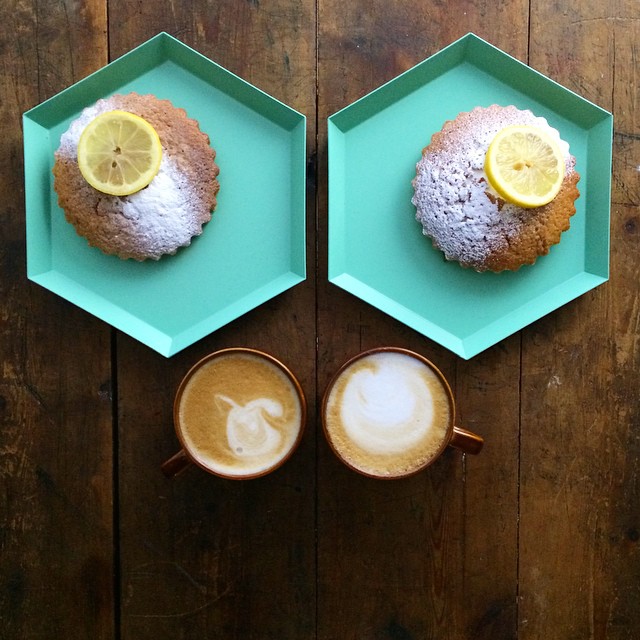 Traveling together also helps them create more variety in their breakfast, as they are continuously learning new recipes and get exposed to new methods of food preparation. “When we travel, we still do it every day. Italy is always a tricky place for breakfast because so much emphasis is on lunch — breakfast is normally small, sweet and express. Sometimes it is a bit stressful waiting for a table with the right light but we’ve managed so far!” 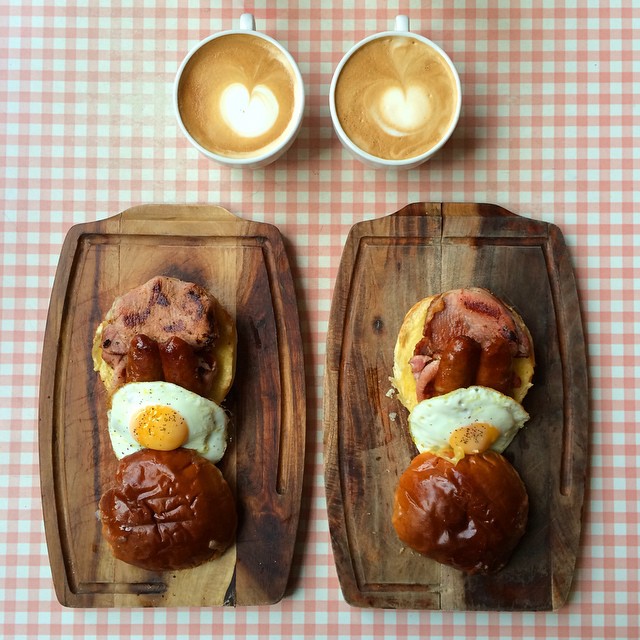 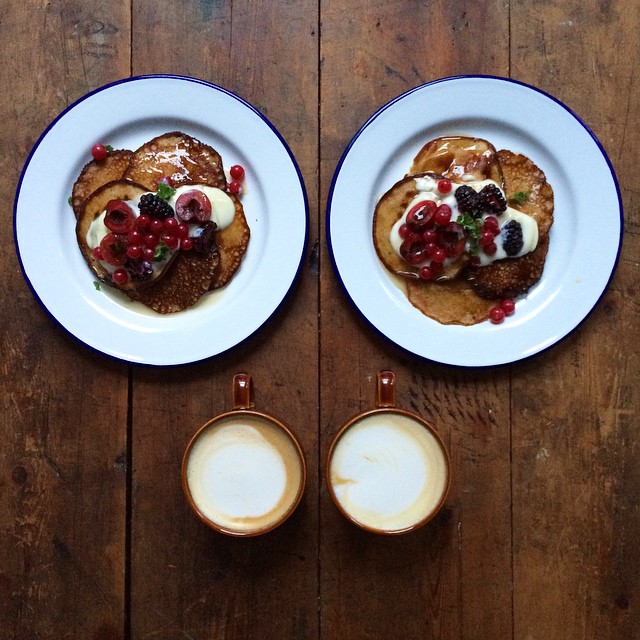 “Lighting for me is everything. Real daylight is beautiful, and it’s very hard to replicate. I have some studio lights in my dining room for the winter, as we have to leave before sunrise on some days. For backgrounds, it’s about having a texture that enhances and frames the food and the plates. Ultimately I want to focus on the food, not the background.” 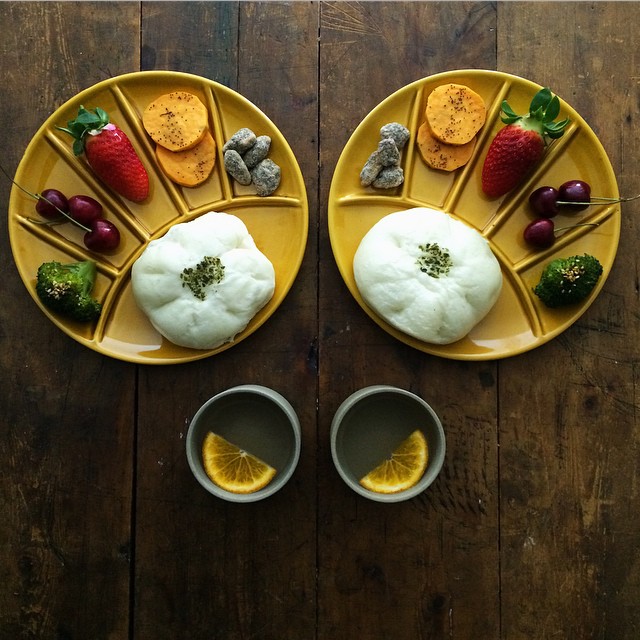 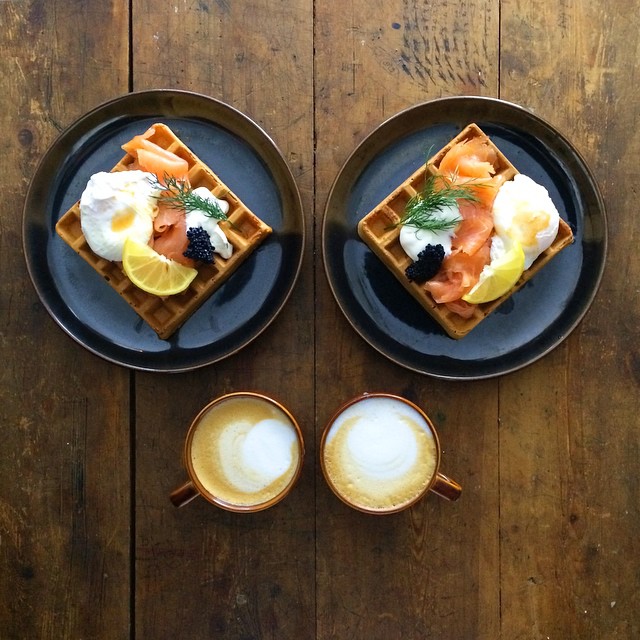 Michael likes have the photograph ready for upload on their Instagram account while their breakfast is still hot. “For a very long time it was just the Instagram editing tools and nothing else. About three months ago, someone told me about VSCO Cam, and only last week did I download SKRWT, which is super handy, as more than most I need to try to achieve consistency across all the posts.” 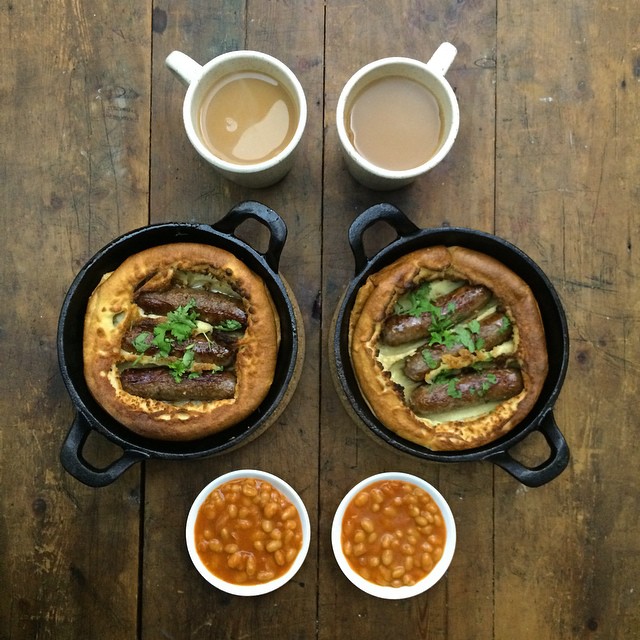 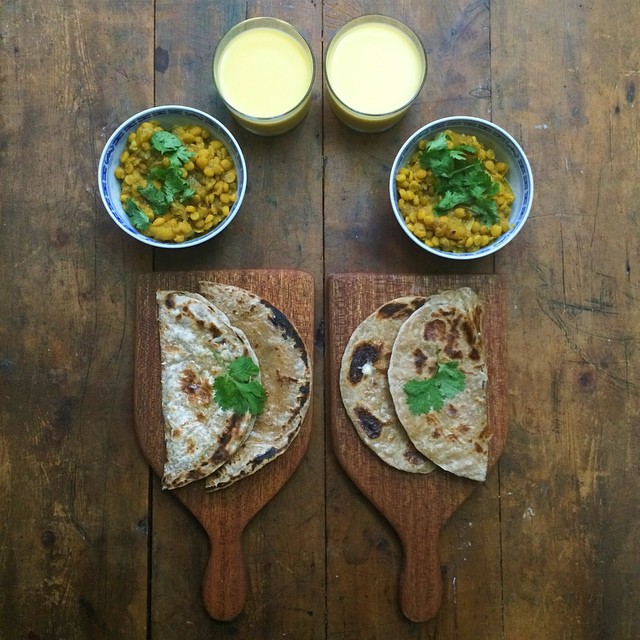 The couple started garnering followers after a few dozen Instagram pictures, remaining anonymous to the point that some followers would assume the account is managed by a woman. “I guess because they think it’s the mother, girlfriend or wife who provides. One person I met said they had thought I was a young Asian girl. That was weird.” Michael tells the Guardian. 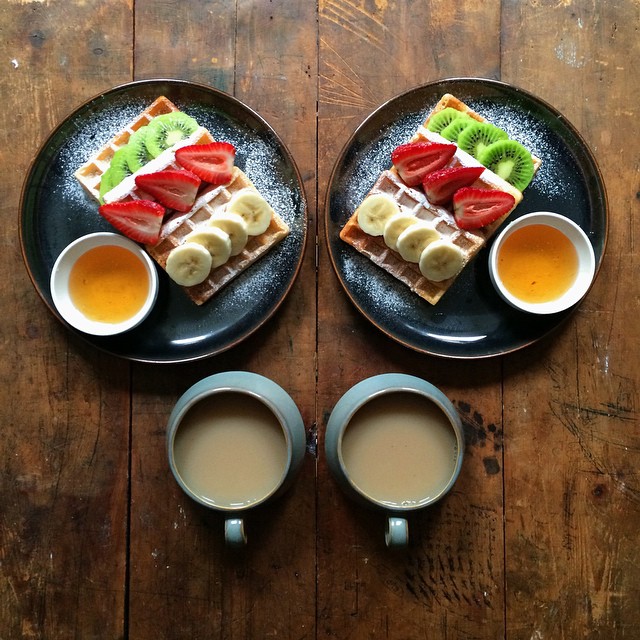 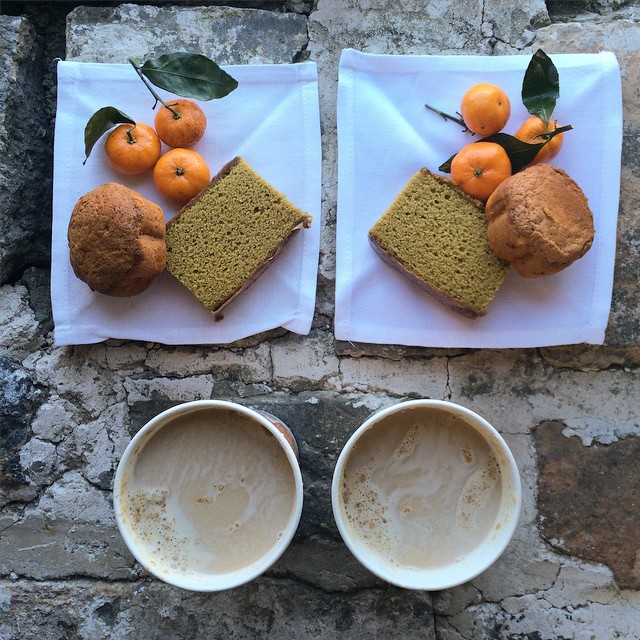 In this age where social media including Instagram is filled with images of food and of people eating food, Michael have an answer as to why theirs is more than unique “I think people like it because their own breakfasts are so boring. Every day they have porridge. People say they love breakfast, but they only make an effort at the weekend. I hope we might inspire them.” I guess he was right, I’ll probably start exerting more effort in preparing my breakfast tomorrow. 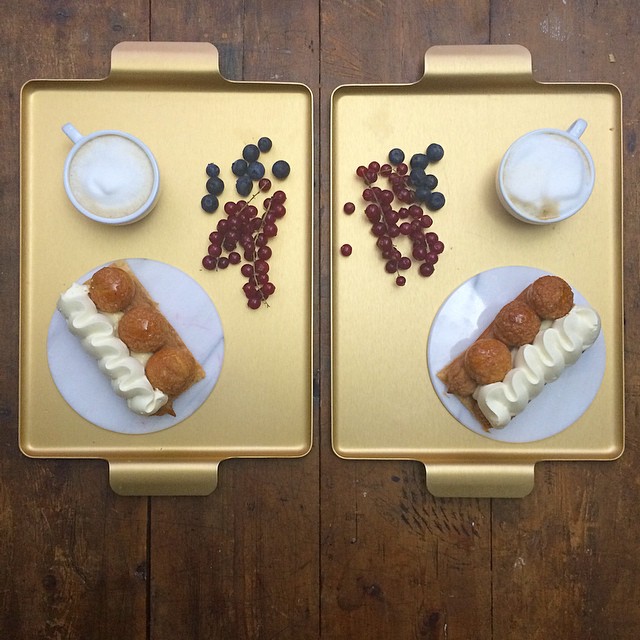 Make sure to follow Mark and Michael’s in Instragram @symmetrybreakfast for more mouth watering breakfast photographs. 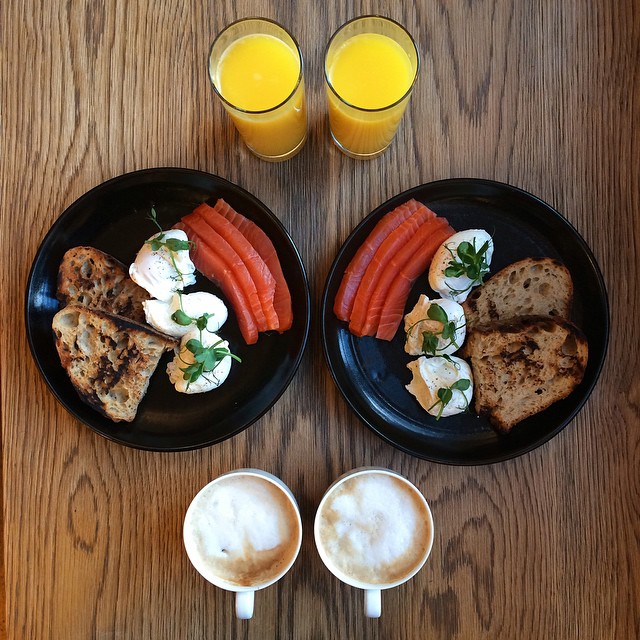 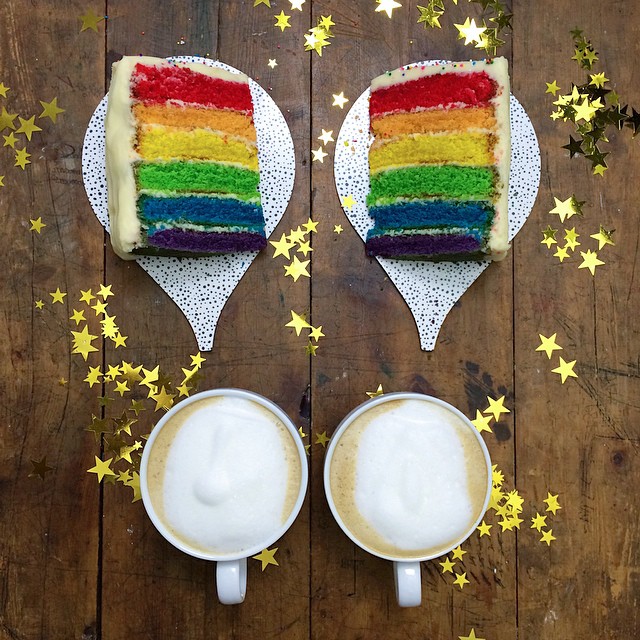 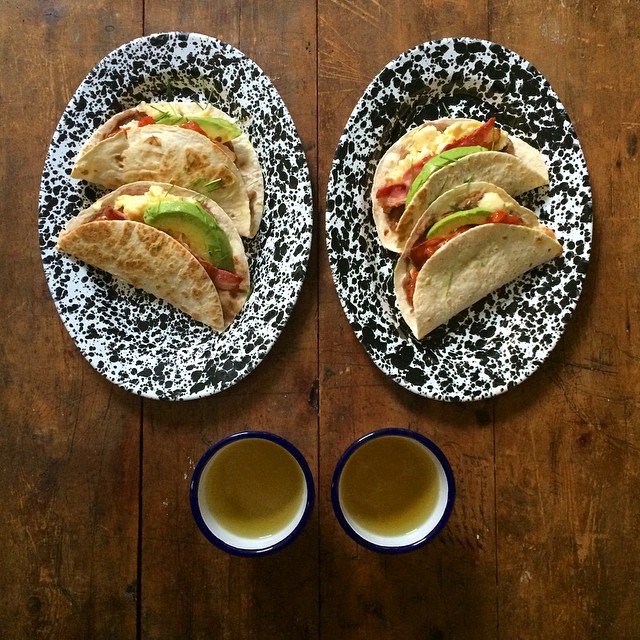