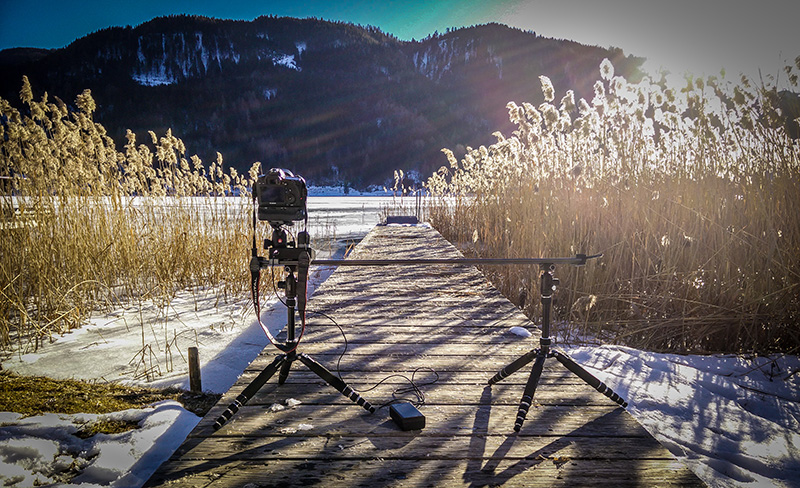 As amazing as timelapse montage videos can be, Vimeo and YouTube are becoming saturated with them and it takes something really unique to stand out from that crowd. A Taste of Austria has found a way to do that, specifically by their creative use of transitions, sound effects, and ambient audio.

The creative duo of Thomas Pöcksteiner and Peter Jablonowski, from FilmSpektakel took some time to answer some questions for me about their video project, which revealed some interesting background information on how and why they created this video in a such a way.

Going back 3 years, Thomas and Peter made a timelapse video that was a project at their University. The subject of that video was focused on Vienna, and that first video went viral in their local area.

Very soon it became clear, that we wanted to do a follow up video, but not of our hometown. We wanted to cover our whole country, because of its beautiful cities and landscapes. So the idea was born.

Balancing paid work with this personal endeavor became tricky, and part of why it took so long to finally produce. Luckily for them though, the various advertising videos or documentaries they shot ended up giving them some additional timelapse clips to use, since they were shot throughout Austria. 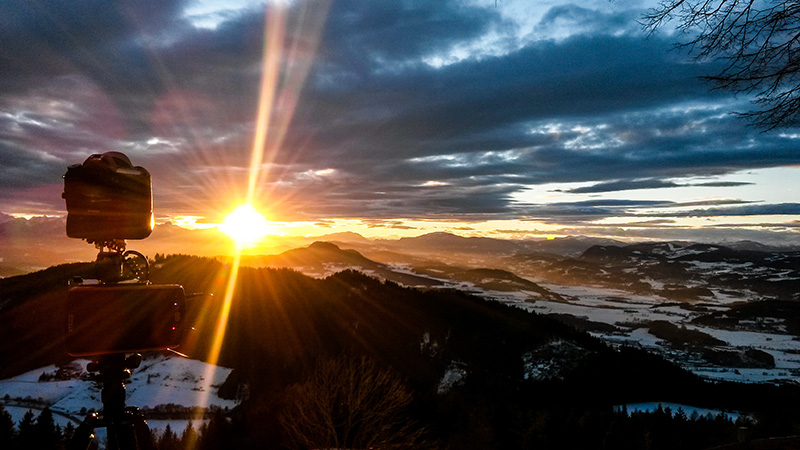 One thing that stands out immediately in this video is the lack of a music track, and the inclusion of sound effects and ambient noise from different locations. Thomas and Peter didn’t plan on doing this originally, but decided to take a chance on this so that their video would offer something unique.

The art of time lapse became very popular over the past years which causes an enormous amount of new time lapse videos every day. So we decided we don’t want to do a regular time lapse edit where you show your shots to some music… It was a big risk for us…

At the time of shooting we didn’t know that we would just use ambient sound, so we didn’t record anything at all. Every ambience was created in post production with the help of several creative commons sound libraries.

The other facet of their work that stands out is the use of transitions. The guys didn’t plan to do this, but after researching other projects online, they were able to make some of these edits in post after being inspired by other work, most notably that of Rob Whitworth.

We were looking for trends in time lapse and video production and as some people already said, the film is probably a little bit inspired by Rob Withworths work, which you definitely can’t deny. Nevertheless we think that our “jumplapse” differs from Rob’s because we didn’t plan anything of it. Having 600 different time-lapse sequences are giving you a lot of freedom in post. But a lot tricks we used we learned from Rob, who is the most advanced time lapse artist we know. 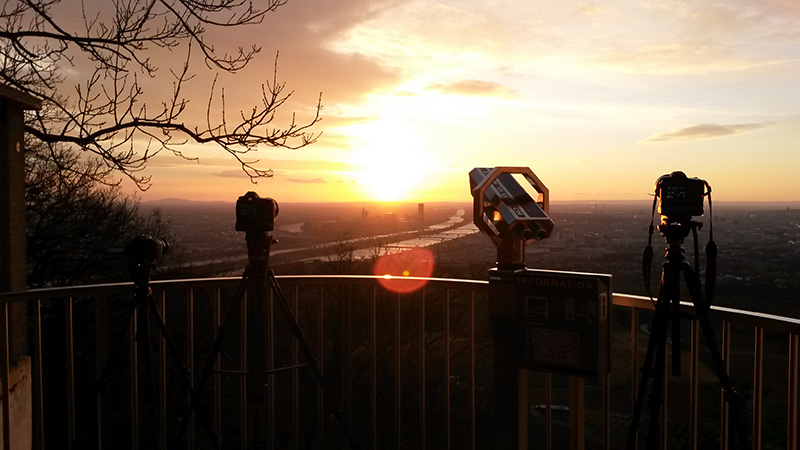 The last thing that Thomas and Peter shared with me was their intentions with this video, and how glad they are that the video has been so well received.

The main reason we did this video was for fun. We love our job and we think it is important to do projects every now and then, where you can do whatever you want. Furthermore, of course we hope to get some attention from national and international film production companies and get a chance to work with them on some cool projects.