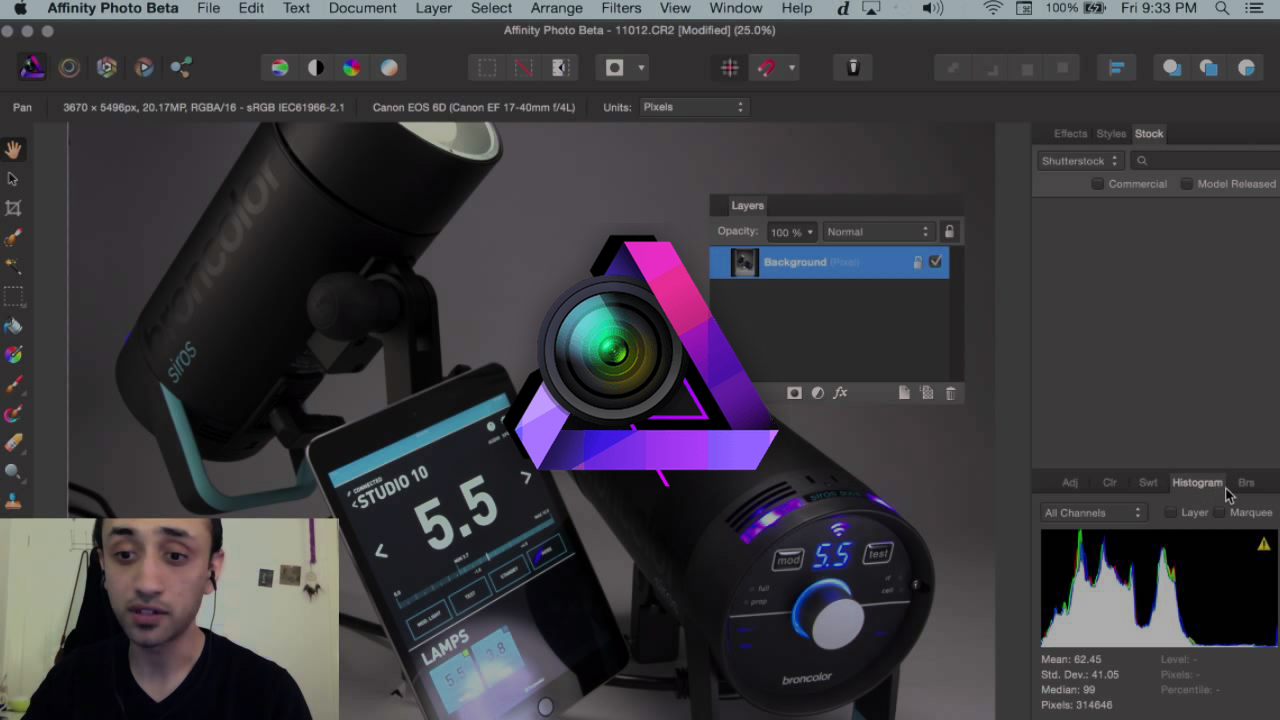 Pratik Naik isn’t just one of the best retouchers on the planet, he’s also an incredible teacher with a vast knowledge of how the programs we use in this industry actually work (like, at an algorithmic level). In short, he understands the what, and the why. This makes him uniquely suited to evaluate new platforms like Affinity Photo, the Photoshop competitor product that is currently free to download in its beta state.

Let me summarize a bit of what Pratik covers in the video above.

Affinity takes a lot from Photoshop. The layout and keyboard shortcuts, for example, are all very similar to the popular program (the keyboard shortcuts are actually identical). They are so similar that Pratik is questioning how they were able to get away with it without infringing on Photoshop’s copyrights. However, being so similar makes the program very easy to adopt. It only took him ten minutes to feel comfortable in the system.

Affinity does a lot right, especially for a beta. Here are some of Pratik’s notes on the platform.

It has a pleasantly simple interface, with the only confusing part being the raw processor window. It doesn’t bring up a new window like you might see in Photoshop, instead it plays in the same space as the rest of the platform. This can be a bit confusing at first.

The program has absolutely excellent tools, such as healing brush and clone stamp. They actually work exactly like expected: They don’t feel underpowered at all.

The raw processor, though rudimentary, is still impressive. For a beta, it’s great. However, as a final platform it will need to be advanced further. For example, the way it calculates shadows, highlights and midtones together isn’t perfect. If you push a shadow or a highlight too far (but still normally what is ok in Photoshop or Capture One), it can start to look pretty bad.

Speaking of the raw processor, it doesn’t yet support medium format files.

The Clarity slider can produce that unpleasant “halo-ing” effect if used too strongly.

But Affinity Photo is very, very far along. The platform needs a bit of tweaking, and hopefully as they continue they’re able to add new raw support quickly. That’s the main concern of Pratik: how fast can they adapt?

Especially for a beta, Affinity Photo gets a lot right. It’s a well thought through program that doesn’t feel rushed, and has the potential to actually compete with Photoshop and Capture One.

We give Affinity Photo for Mac a solid 4 out of 5 stars for an excellent interface, great tools and a well thought-through platform in general.

This review was part of the ReWrap podcast, a weekly show focusing on trends in the photo and video industry.