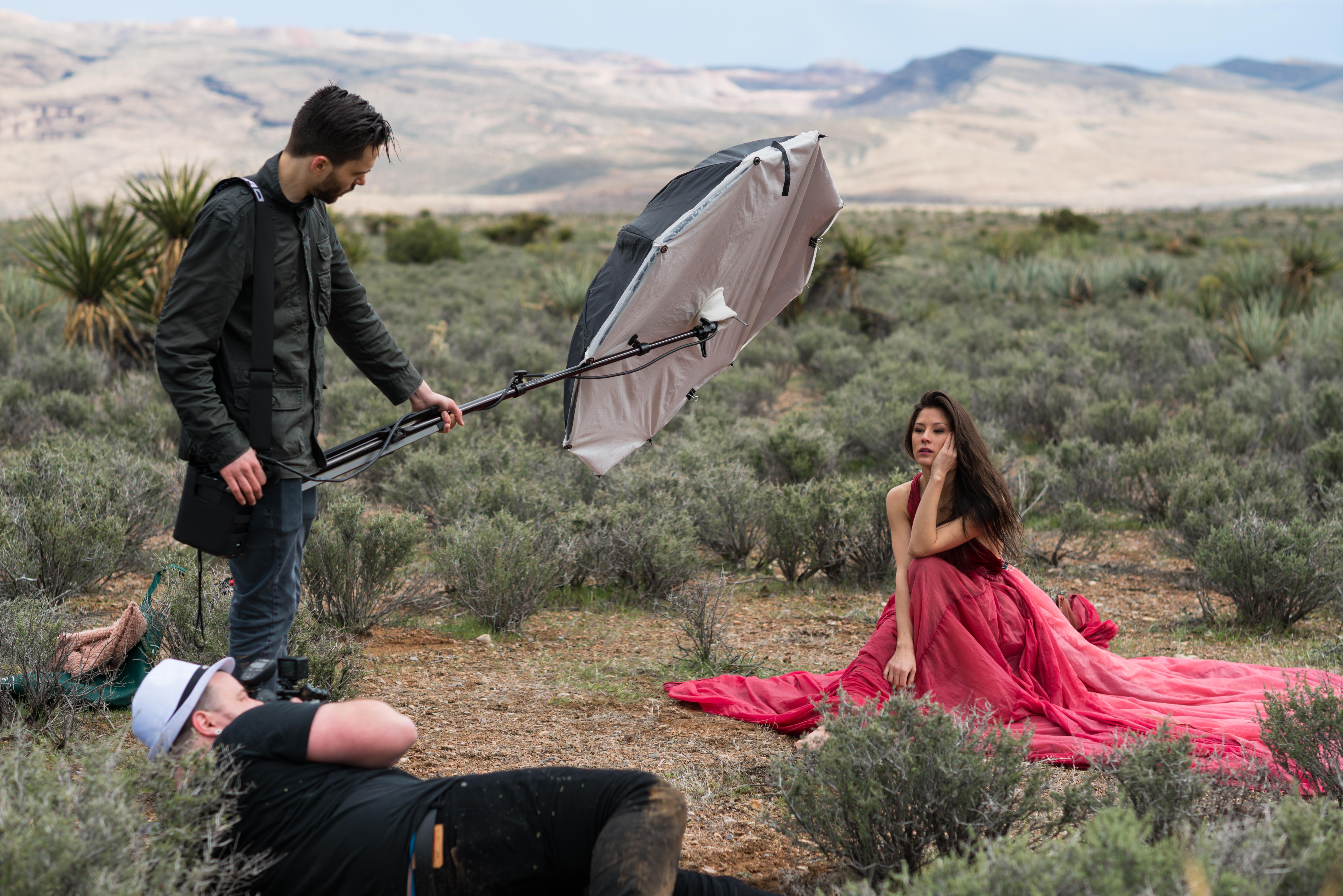 In this deep, deep industry of incredible talent, Clay Cook is on my short list of best fashion photographers you could ask for. During WPPI Las Vegas, he and another photographer with a stellar portfolio whom respect immensely David Crewe, told me that after they saw our review of the Profoto B2 units and went to chat with the Profoto folks, they were extremely exited to be given the opportunity to play with the new lights themselves. I told them how much we here at Resource liked the lights, and they giddily drove off into the desert to take some fashion portraits.

What they encountered while out there is beyond what I considered possible in weather situations. They basically experienced the full gamut of the four seasons in about an hour. Sleet, rain, snow, hail and blazing sun combined to truly test the limits of their skill and the resiliency of the Profoto product.

The cloud cover turned to rain, which became heavy rain, and then hail…and then HOLY CRAP that’s a LOT of hail, and just when it looked like we were done…oh then it started to snow….in the middle of a Thunder Storm!  Yeah….honestly…it was pretty epic! Other than the fact that it was practically freezing. -David Crewe 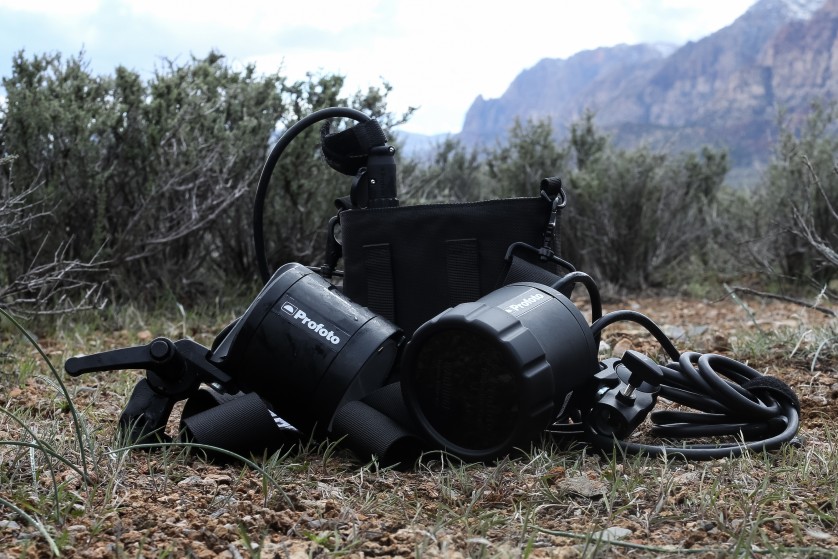 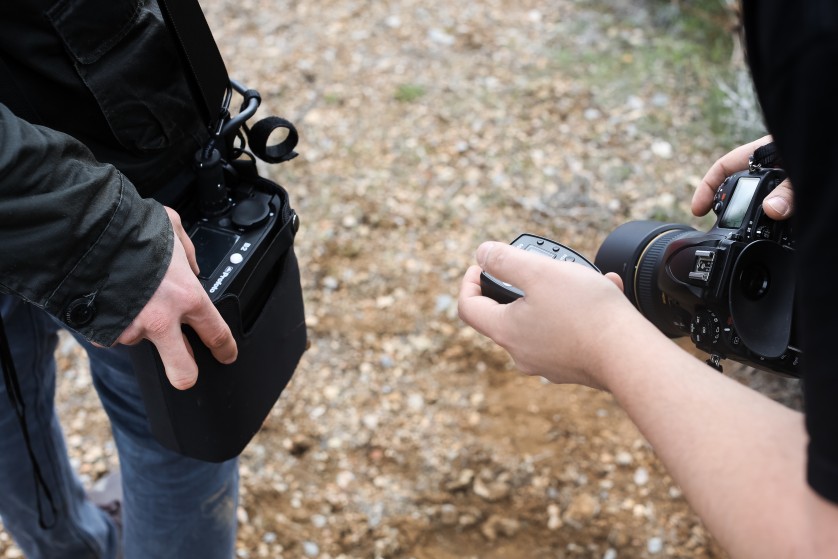 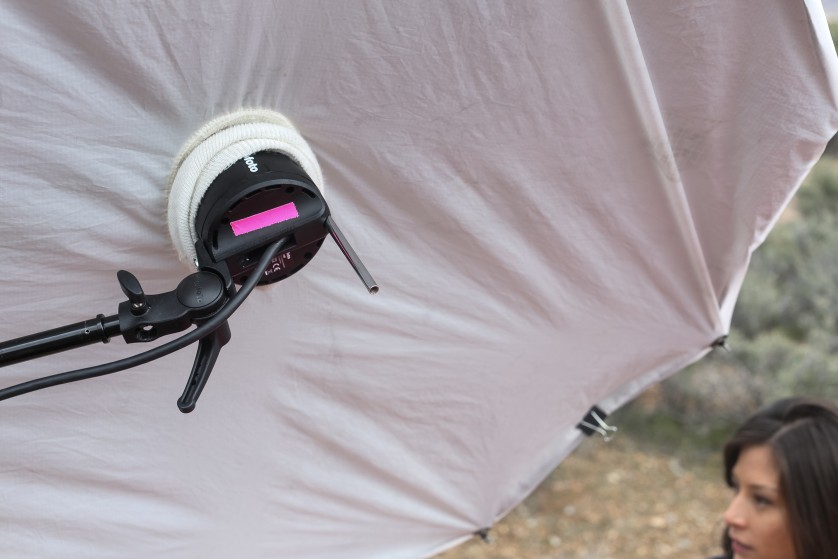 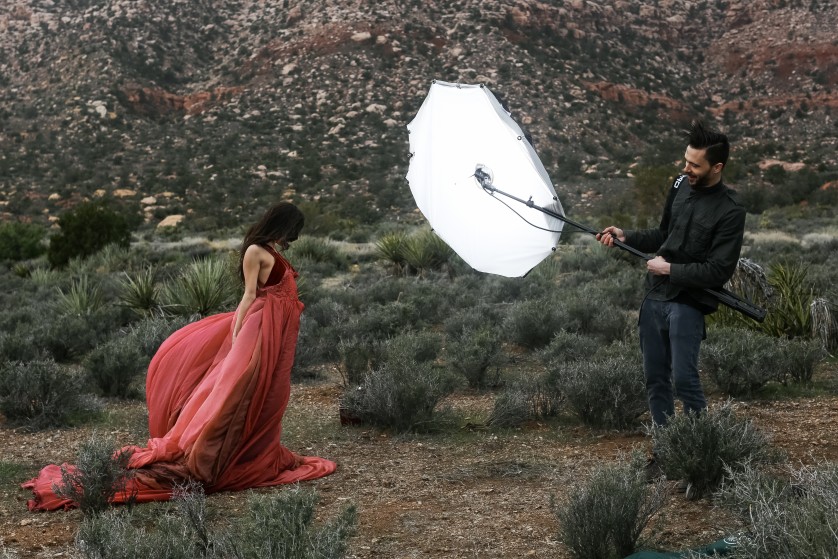 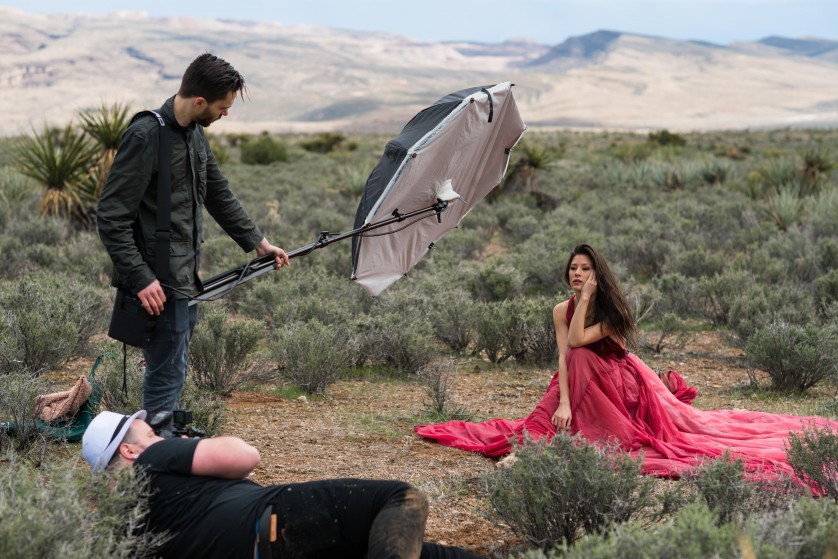 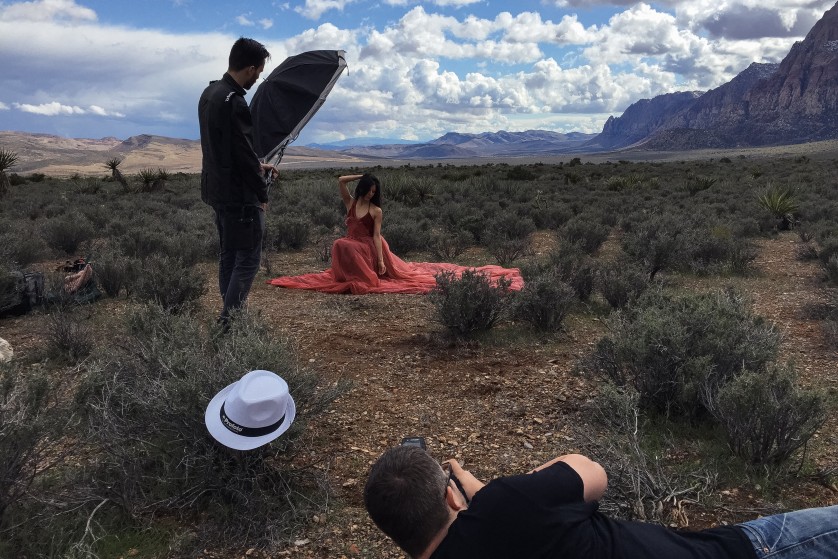 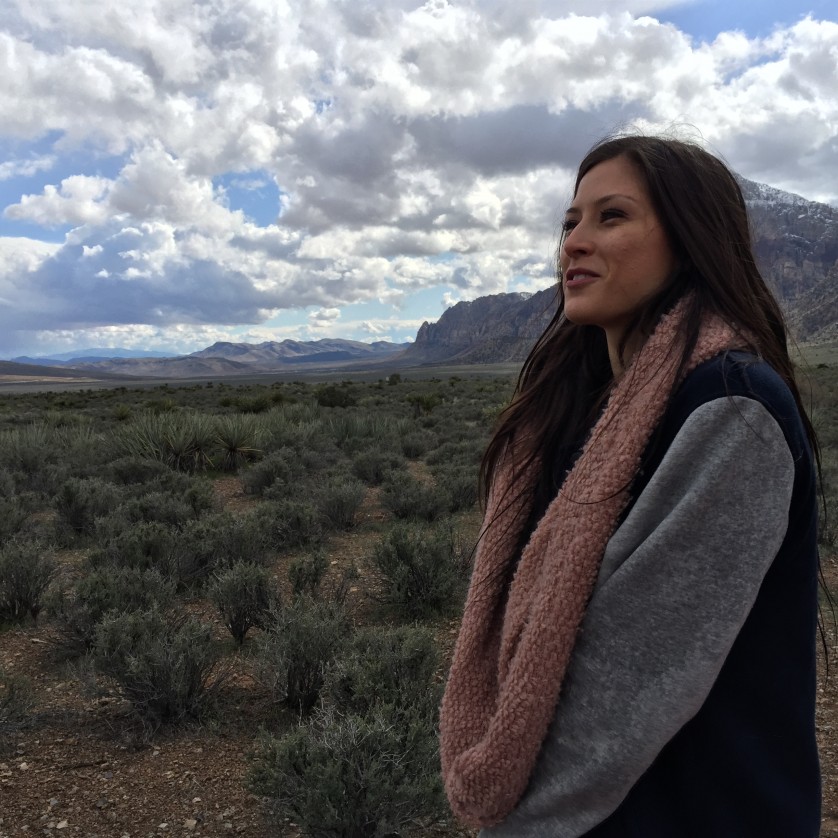 All three of them (the third being Clay’s awesome assistant Jacob), emerged unscathed. The weather had an amazing side effect: cloud formations and natural light conditions that are exceedingly rare in that neck of the woods. The backplates for David’s and Clay’s shots are stunning on their own. 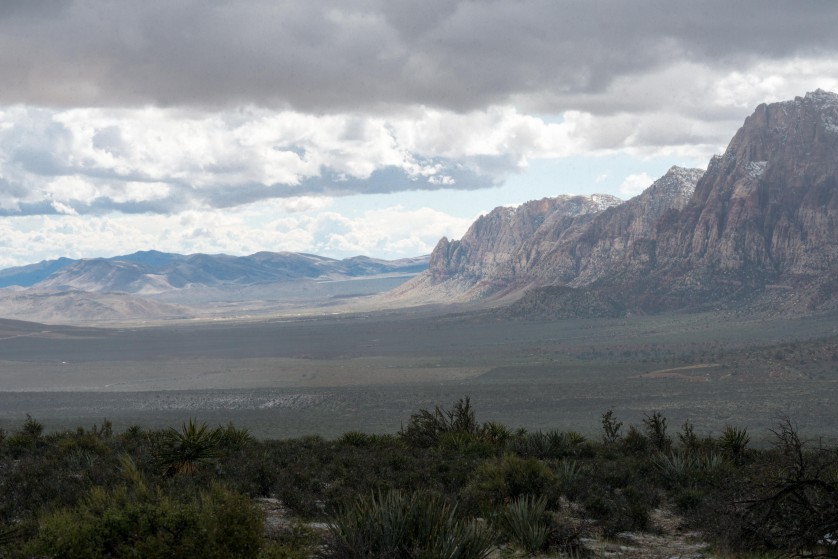 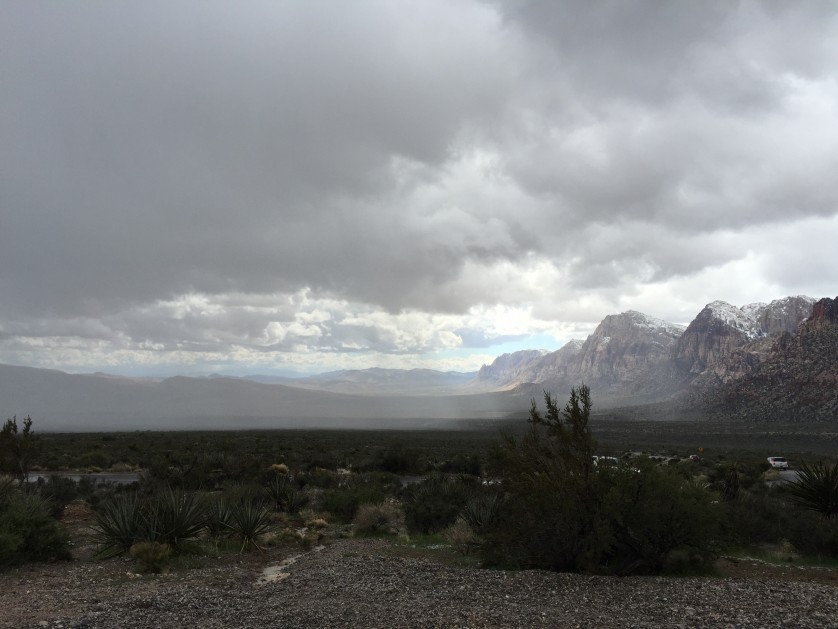 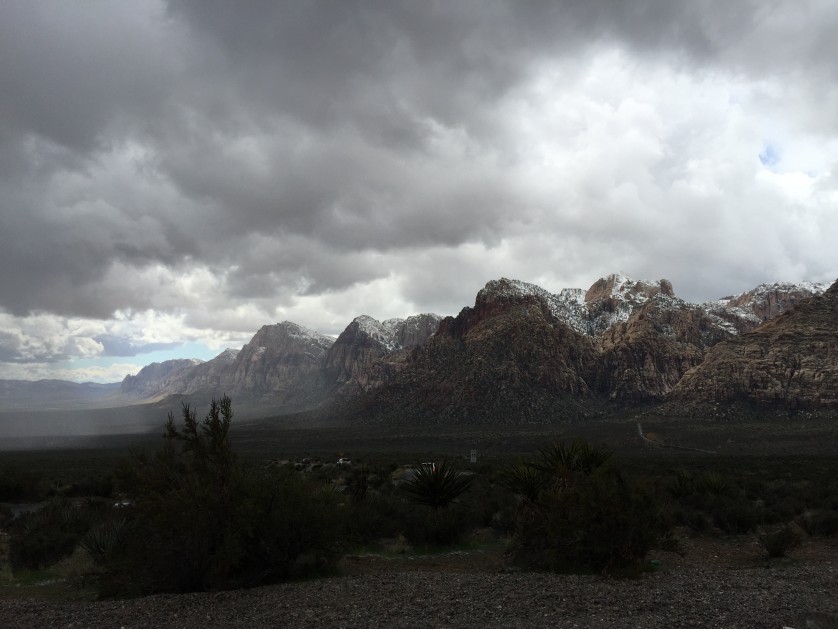 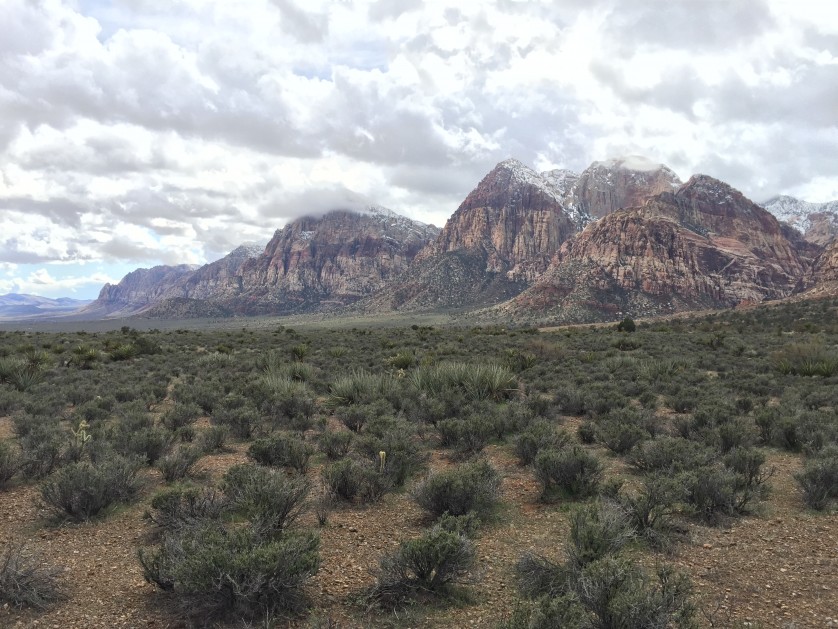 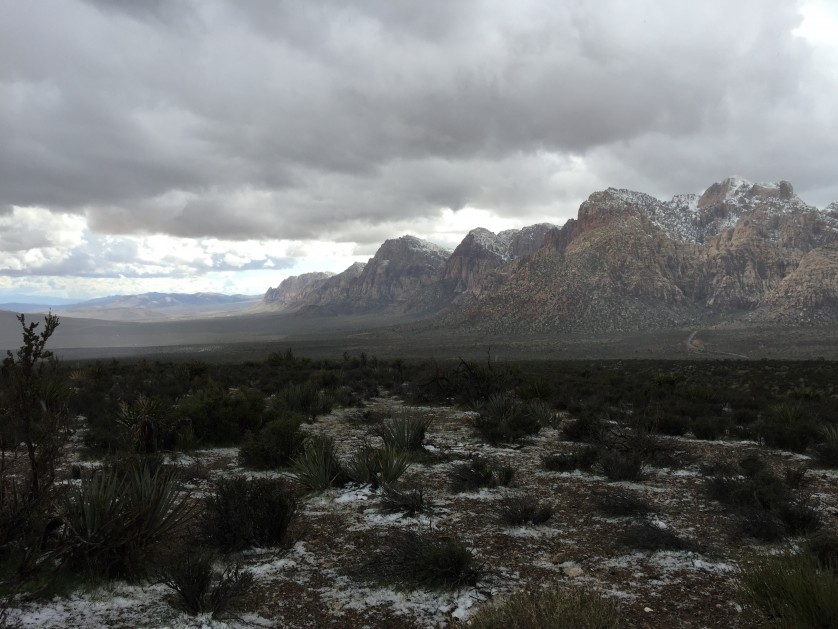 How rare is it to see snow on those mountain tops? Rare. Like. Super rare. The duo took full advantage of the situation, endured the ridiculous temperature swings and captured some truly outstanding images. 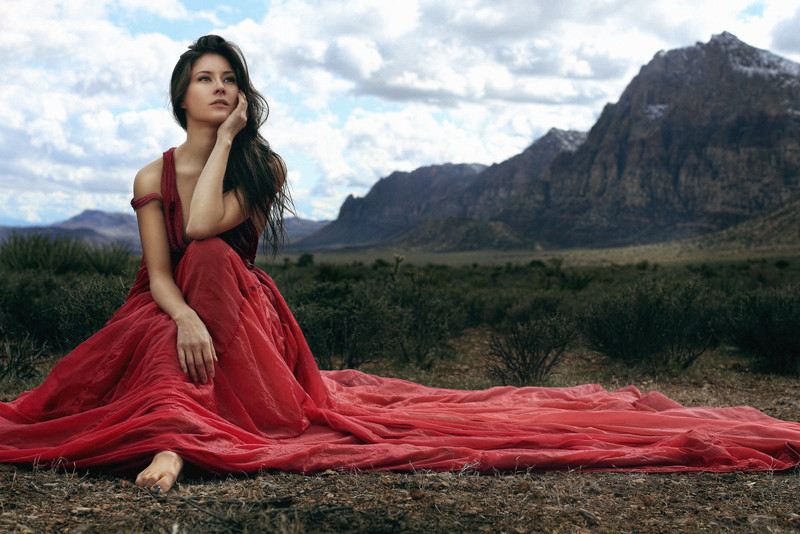 Make sure you check out both their accounts of the ridiculous on each of their blogs:

All images used with permission.