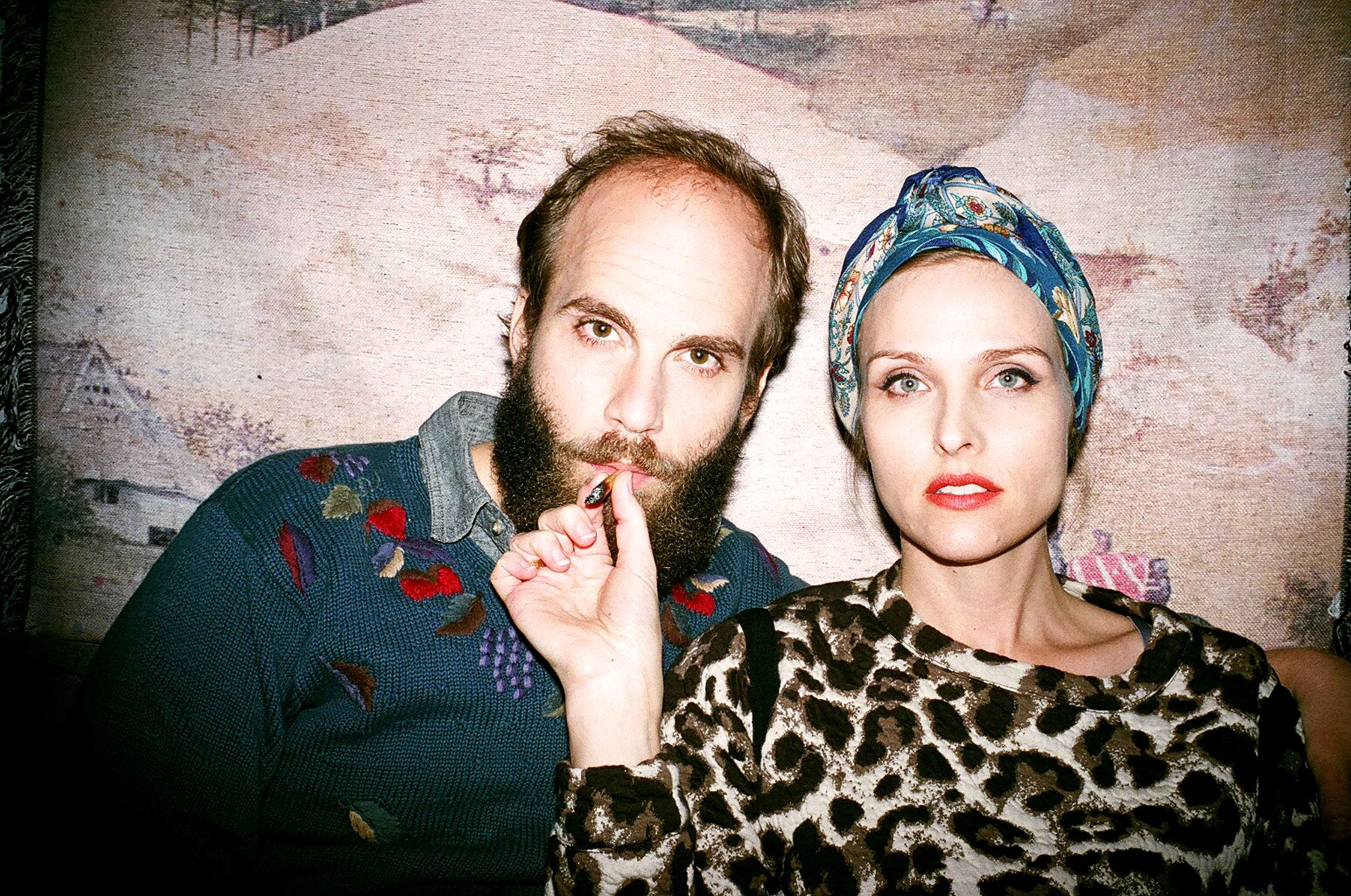 Inside the Creative Process Behind the ‘High Maintenance’ Web Series

The High Maintenance web series—created by husband and wife team Ben Sinclair and Katja Blichfeld—is not your typical stoner comedy. Since the show launched in 2012, it’s become Vimeo’s first-ever sponsored series as a part of their $10 million investment in the site’s paid Vimeo on Demand platform, and, among other accomplishments, held a panel slot in SXSW’s Digital Domain Convergence sessions this past year.

The plot line for the show surrounds an unnamed pot dealer known as The Guy, played by Ben, as he serves his clients around New York City on his bicycle. Each episode focuses on a different deal, and each episode is between five and now-20 minutes long (the first episodes were limited to about 5 minutes). But beyond the occasional stoner antics, the show brings viewers on a journey through the interpersonal—and sometimes unnerving—relationships surrounding modern New York culture. More than just a critically-acclaimed web series, it’s a look into the lives of people we know, yet may never take the time to meet.

Within each episode, viewers are presented a relevant idea or scenario that deconstructs cultural clichés while poking fun at the idiosyncrasies of Brooklyn life. At most, the weed plays a supporting role, acting more so as a common thread to facilitate a character study for each client The Guy encounters. Katja explains, “There’s an interesting brand of honesty that emerges from the [weed delivery] scenario—you’re complicit in something with somebody, who, for all intents and purposes, is kind of a stranger. Sometimes you talk about things are deeply personal that you wouldn’t tell your pizza delivery man, or even your neighbor.”

So what is their secret behind cultivating what some are calling “an inspiration on alternative storytelling methods and mediums”? It’s the show’s creative process. And it involves much more than getting high. 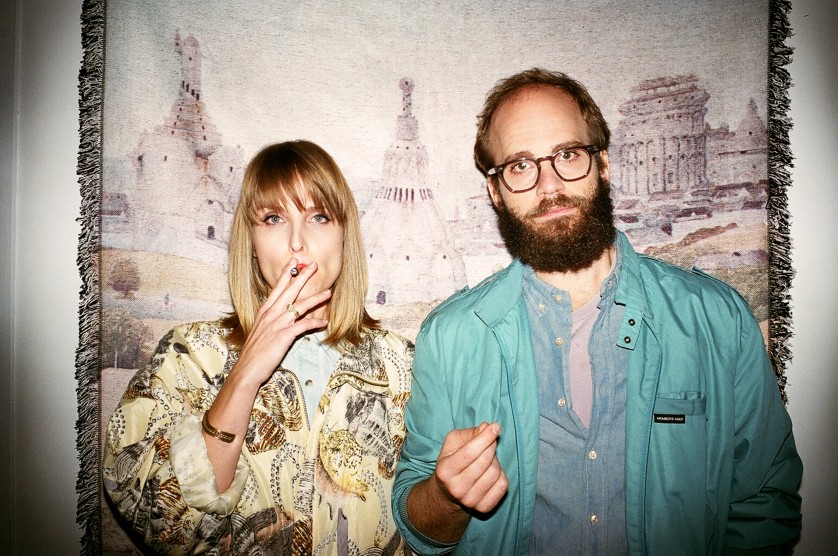 Living in New York, it’s easy to fantasize about a simpler life. You work long hours, yet you struggle to make rent in a less than ideal neighborhood. You think about what life would be like in the country: you could grow your own food and weed, and live harmoniously with your closest friends.

As the summer rolls in, a group of acquaintances invite you on a sort of test run—a guy named Chad tells you can crash at his friend Sabrina’s Upstate house. He asks if you can pick up some shrooms before you leave. By day two, it’s time to indulge, so you head out into the woods with the group. You then decide go back to the house alone—you’re still a bit uncomfortable with these people—only to find a lone woman sprawled out on the carpet, high on pills.

By the next morning, the drugs subside, and you think you’ve finally found your place. You feel like you’ve finally grasped the vision of the ideal country life. That is, until, a strange man and his wife pull into the driveway of the house. “Who the Christ is up there?!” the man yells.

“Hey Bill! You remember me? Sabrina said I could use the house while you were up at Martha’s Vineyard,” Chad responds.

“Sabrina’s been dead for three years,” says the man. And suddenly, you can’t wait to return home to Brooklyn.

This is just one High Maintenance episode that was born out of the first step of Ben and Katja’s creative process: observation. “There’s usually a period of several weeks to many months where we are just in that idea incubation phase and just truly socializing, even when it’s uncomfortable,” Katja explains. “And nine times out of 10 were walking away with ideas for things we want to portray, be it a feeling that seems prevalent, a topic that keeps coming up at dinner parties, or something that comes up enough times for it to become interesting.”

In fact, according to Ben, the very essence of The Guy was captured through this step. About two years ago, weed deliveries were often taking place in the couple’s home, and a few of their friends were working as deliverymen. “I had just finished taking a documentary class, so I was interested in capturing human behavior but I wanted to do something narrative,” Katja says. “And I observed that a weed deal could be done in less than five minutes,” Ben adds, explaining how this fits perfectly into the idea that web videos should be a certain length to be watched by anyone. It was an interaction they could portray in real time. 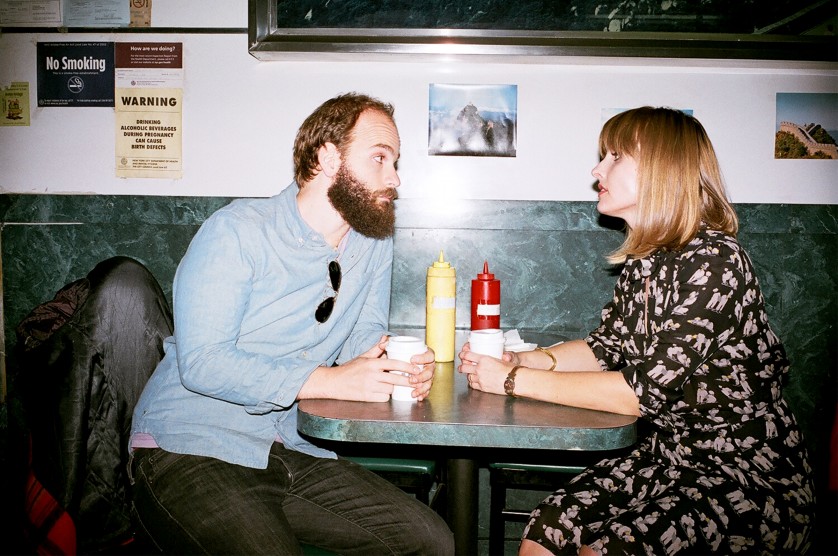 According to Ben, each episode is approached as if there is no budget, so it is up him and Katja to take inventory on their observations to determine if they have the resources to make an idea happen. “We figure out what spaces we have available, look for friends who have authority to grant us permission to shoot in the places we have in mind and consider what the weather is like outside and how photogenic it may be,” says Katja. “And we consider what actors or actresses are available, if we know their voice well, or if we need to spend more time hanging out with them to find out,” Ben adds.

From there, the two begin to transfer their ideas onto paper—not yet as a script, but spread across index cards. These index cards then accumulate around their home, transforming into what Ben calls “cumulus clouds on a cork board cluster.” “Anytime we get any flash of inspiration, be it a fragment of a sentence, a joke, a climax or an actor we’re fascinated by, it all goes onto these index cards,” Katja explains.

So what is the key to planning production with presumably no budget? For them, it’s done by using minimal amounts of gear, crew and actors and actresses. “We’re not rolling up and shutting down streets with a whole bunch of trailers and trucks—it’s a tiny group of people and often we don’t even have a tripod or anything,” Ben says, as Katja admits that working within the idea of the “small footprint” is indeed a pivotal point in their process. 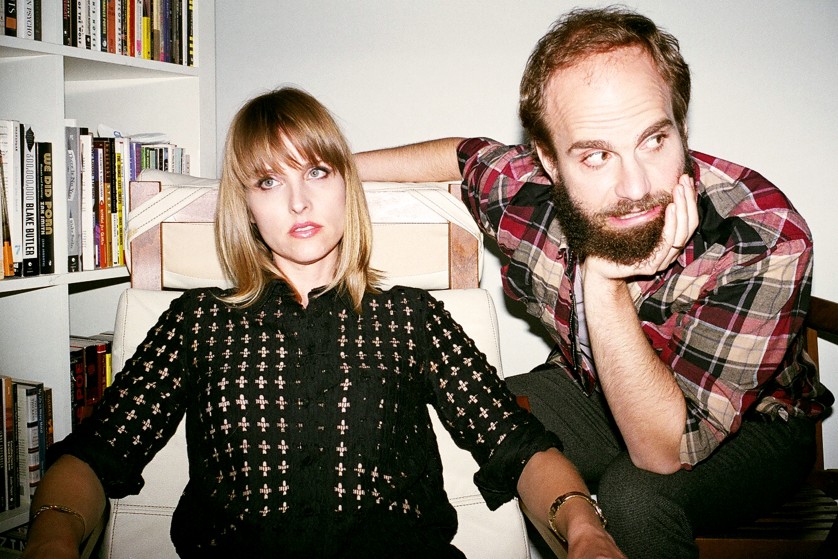 Once a viable idea has sprouted, Ben and Katja enter the phase of conception. But despite the abundant amounts of weed smoked on the show, majority of this step takes place in areas that all have one common joint: oxygen. In fact, one their favorite places to conceive is in the shower equipped with their waterproof notepads. “Especially for me, a lot of conception happens in the shower. That’s what the waterproof notepad is for—to capture those ideas,” Ben explains. “But really, it’s all about being in places where we’re breathing deeply or getting fresh air, or in an O2 filled environment.”

“Other places we’re into are Korean spa or steam rooms, taking a brisk walk around Prospect Park, or a bike ride around the city. Or even a hike in the Pacific Northwest—things like that,” says Katja.

And yet, the two can’t help but reveal their New Yorker sentiment, explaining that a bike ride around Prospect Park has always been another major source of inspiration. In particular, Katja recalls the recent Ghengis episode, which chronicles the story of an aspiring deaf actress.

“There are deaf people everywhere in New York, but we never see them—it’s so fucking weird. Deaf people don’t get to have jokes, they’re always just deaf people. So we were thinking about that, and we had just caught up on Louie—the episode about him dating an overweight woman. She does this huge monologue that everyone was talking about after it happened. I remember being on a bike, thinking ‘I bet so many people are going to suffer through bad versions of this good monologue in acting showcases.” With that, I remember pulling up to a stop light and saying ‘what if the deaf person is an actress and trapped in an unsuccessful rendering of the Louie fat girl monologue. And Ben says, ‘Yeah. And she doesn’t get into grad school because of it.’ So then it was thematically tied in: there’s our A story and B story.”

Ben adds, “I also come up with a lot ideas riding the subway, whether it’s overhearing an older couple fight or someone singing George Michael out loud to themselves and not caring who’s listening.”

He says this flatly, as if I already knew what he was going to say. Truth is, he wasn’t too far off—that’s where I come up with my ideas too. 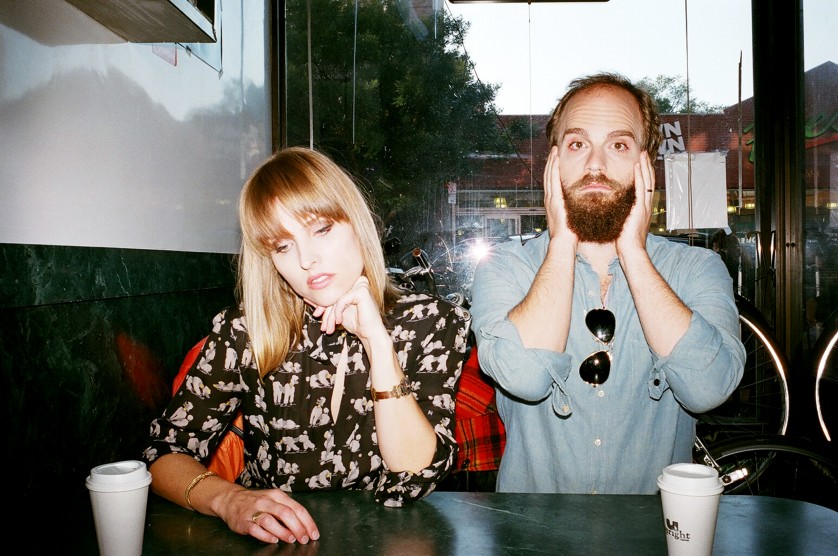 It’s about 7 p.m. at the Vimeo office in Chelsea. The company’s employees have gone home, and the motion sensor lights are undisturbed. Suddenly, the office ignites in a flash—not everyone has left. Ben and Katja remain in the space, pacing. “And we’re also cursing the fact that the air conditioning is turned off at night,” Katja exclaims, as her and Ben describe the writing process behind the series.

“For me, a script is like describing a comic book, which is how a screen play should be because it’s a visual medium,” says Ben. “Sometimes, I’ll have a stronger idea of how it looks so I can just write all of the action, sentences and throw in a couple of throwaway lines of dialogue to hint at what the story is going to be.” And this is where Katja comes in.

While Ben typically writes the initial bulk of the copy—although sometimes they divide up scenes easily depending on the concept—it’s Katja’s job to add detail, improve the dialogue and put skin on the bones of the characters. “Ben is able to fearlessly vomit out a bunch of stuff and get it going. He’s more able to detach from the ending and get his ideas down,” says Katja. “I’m the person that really needs something to be there on the page. But once it’s there, I make sure people are talking like contemporary humans, then add those weird little details that make you think ‘That’s so Bushwick! Or that’s so Brooklyn Heights!’”

However, the show’s scripts are never entirely finished, according to Ben. Since the two work at what they call a “breakneck pace,” they must have flexibility to change the script at a moment’s notice. So, throughout the script, they include lines that read “some shit,” which is filled in depending on the temperament of actor during the shoot—or if an alternate line naturally surfaces.

“What we learned from allowing people to improv is that when people say things in the way that make sense to them, the result is so much better,” Katja explains. “But we found that by contrasting this with trained theatre actors who are very reliant on memorized lines, we’re able to find a happy medium between each style.”

The latest series of High Maintenance is available on Vimeo on Demand. You can watch the first season here for free.

This story was to originally run in the spring 2015 issue of Resource Magazine and has been repurposed for the web. The featured image was photographed by Paul Kwiatkowski.