Soho, a neighborhood once lined with low-income tenement houses, is today, as we know, an upscale hipster mecca. Contemporary galleries and dumpster chic fashion boutiques press against each other, creating a pseudo-affluent art community.

I found myself here on March 26, ready to attend a photo exhibit at the Morrison Hotel Gallery. The exhibited photographer was none other than Joel Brodsky—the Brooklyn-native who shot the legendary Young Lion photographs of The Doors’ lead singer Jim Morrison. 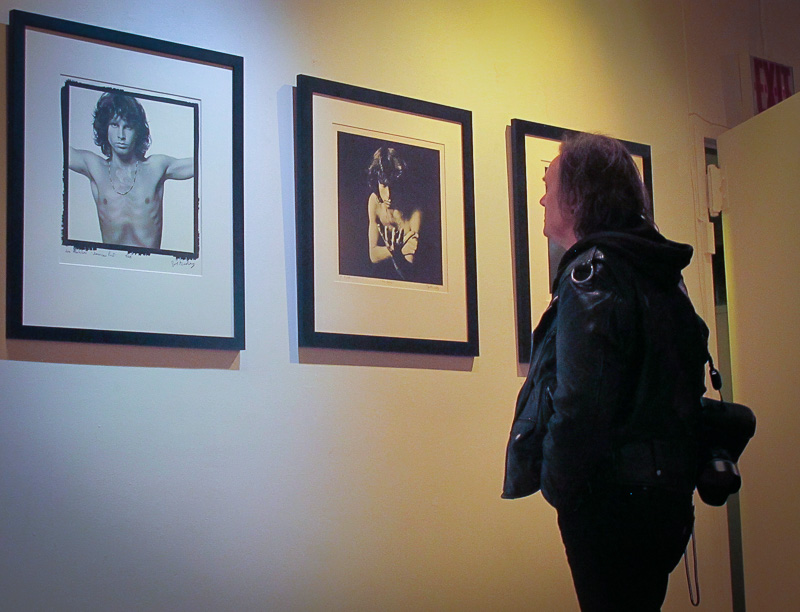 In 2007, Joel passed away at 67 years old, leaving behind three children and his wife and colleague Valerie Brodsky. Fortunately, I was able to chat with Valerie, who co-hosted the exhibit.  Curating Joel’s work worldwide, Valerie has made both her and her family a monetary fortune. But as I began talking to her about Joel’s work I began to realize that, to him, it was never about the money.

“I don’t think he cared,” she said about the 15,000 bids that Joel got for his acclaimed American Poet photo of Jim Morrison, that first ran in the Village Voice in 1966. “To him, it was always about the aesthetic. What you see here tonight is only what he really liked.”

And what was on display was, indeed, quite likable. A 30×30 archived digital print of American Poet—the iconic shot of Morrison with his arms stretched out—majestically hung on a wall. Nearby, on a cloth-shrouded table, sat a laminated piece of paper with the photograph’s requested price printed in bold: $40,000. Beyond American Poet, which did, in fact, come out of the Young Lion sessions, there were album covers, portraits and stage shots of artists and bands like Kiss, Aretha Franklin, Joan Baez and Otis Redding. “Oh my God, Booker T!” exclaimed a man , who passionately viewed an album cover Joel shot of the multi-instrumentalist in 1970.

As the evening turned to night, more and more people spilled into the gallery, as bottle after bottle of Shiraz was uncorked and served to the increasing number of guests. Around 8:30 p.m., I began to feel as if I may have had a tad too much of the complementary beverages.

“We both drank scotch,” said Valerie, reminiscing about the time she first met Joel at landscape photographer Ray Metzker’s studio in 1963. “He drank J&B and I drank Johnny Walker. A year later, we were married.” 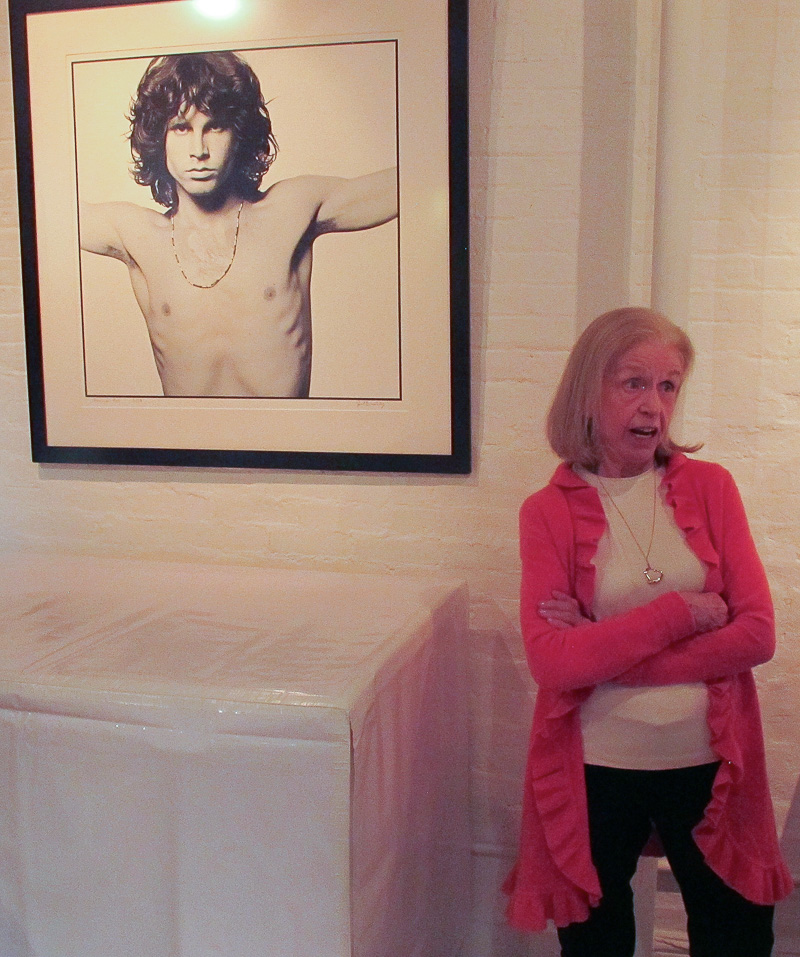 By 9 p.m., I was on my way out. And as I hopped on the A train towards Brooklyn, I noticed a New York Times alert on my phone: “New York Explosion Ignites Fire, Fells Buildings and Injures at Least 19.”

Reading the alert, I found myself wondering if a fire in the used-to-be slums of the Lower East Side would have been acknowledged by the media around the time Joel shot his Young Lion photos. Then, as I opened my book in attempt to read, my mind drifted towards the words Valerie told me about the American Poet photograph.

“Everybody was looking for the needle marks on Morrison’s arms,” she said. “But they weren’t there. Was he a drunk? Sure, but that was it. Joel always told me the same thing.” The exhibit will run until April 14. Visit the Morrison Hotel Gallery site for the details.