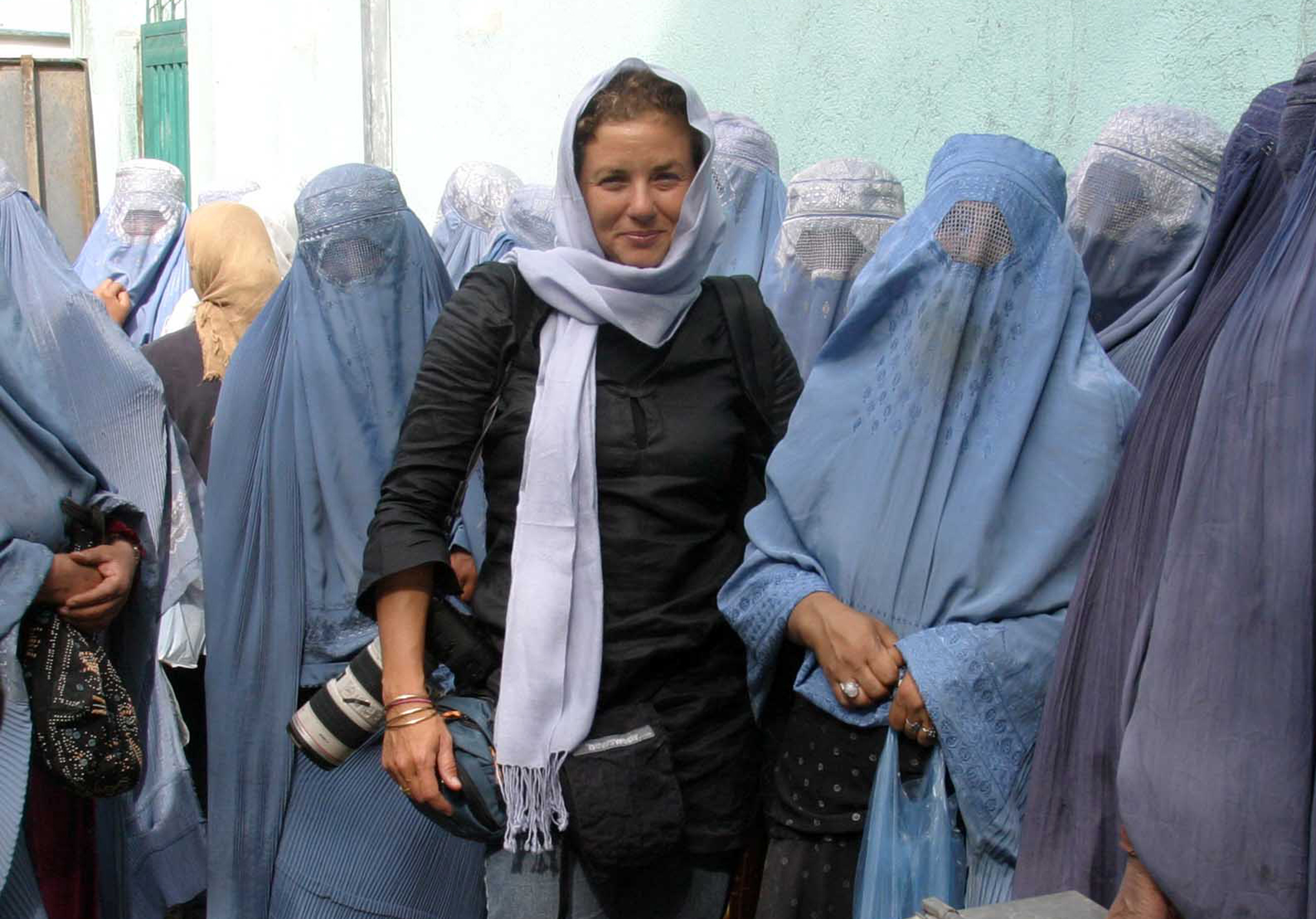 Photojournalist Heidi Levine has been announced as the 2015 winner of the Anja Niedringhous Courage in Photojournalism award, an annual award presented by the International Woman’s Media Foundation. The award is named after the Pultzer Prize-winning photographer Anja Niedringhaus, who was tragically killed in 2014 while working in Afghanistan.

Levine is an American freelance photographer currently working out of Jerusalem. She has covered some of the most major recent events in the Middle East including numerous conflicts in the Gaza Strip, the war between Israel and Lebanon and the revolutions in Syria, Egypt and Libya. In 2006 she worked as an embedded photographer with U.S. troops in Iraq, where she documented the daily lives of female soldiers. 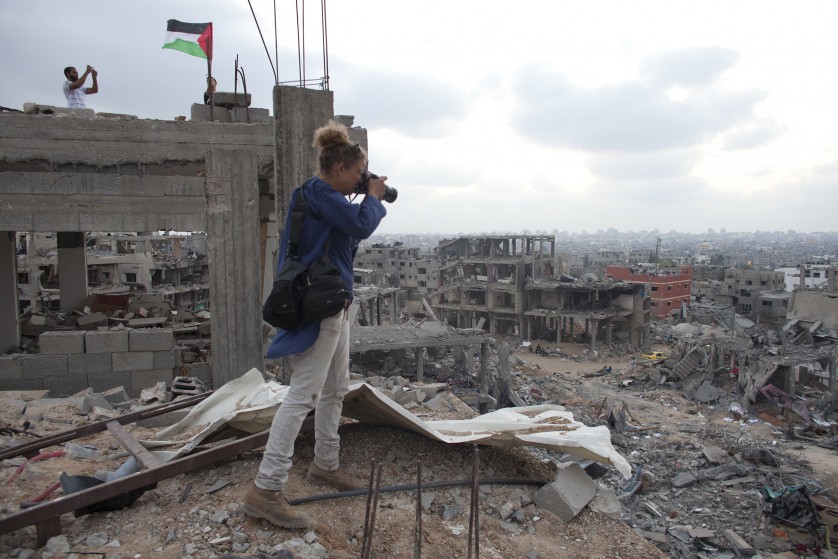 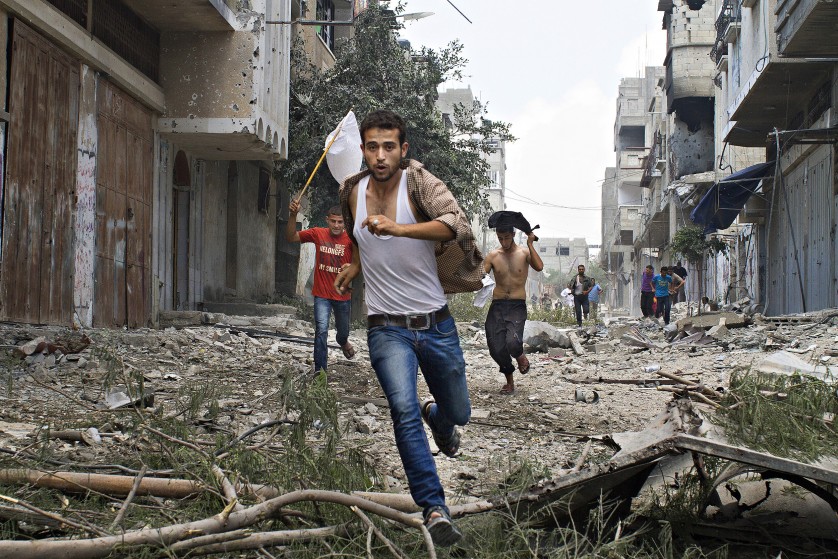 Levine began her photography career in 1983, starting as a staffer for the Associated Press in Israel. She went on to work with French photo agency Sipa Press in 1993. Throughout her over three decade career, she has won a myriad of awards and has been highly praised for her dedication to the communities she works in. 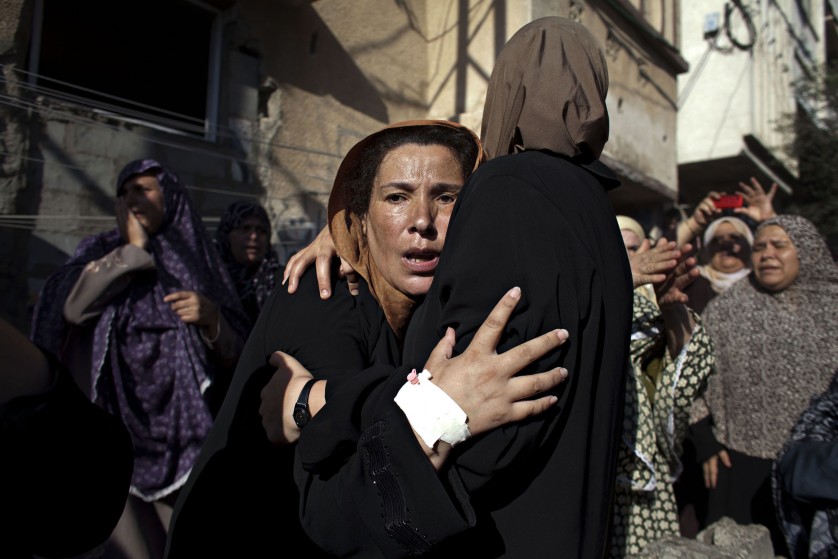 Women mourn during the funeral of the boys killed by an Israeli naval bombardment in the port of Gaza, Gaza City, July 16, 2014. ©Heidi Levine/The National/Sipa Press

“Living in the region and raising her three children, Heidi Levine experiences the story on both a professional and very personal level, facing the same dangers as her subjects in a war zone, with rocket fire and air strikes a consistent reminder,” the IWMF award jury said in their official announcement. “Unlike many journalists who can cover a story and get on a plane to the safety of their own homeland, she is an integral part of the community and has shown profound concern for people, even moving her Palestinian assistant days before their home was reduced to rubble and putting down the camera to hug an anguished mother.” 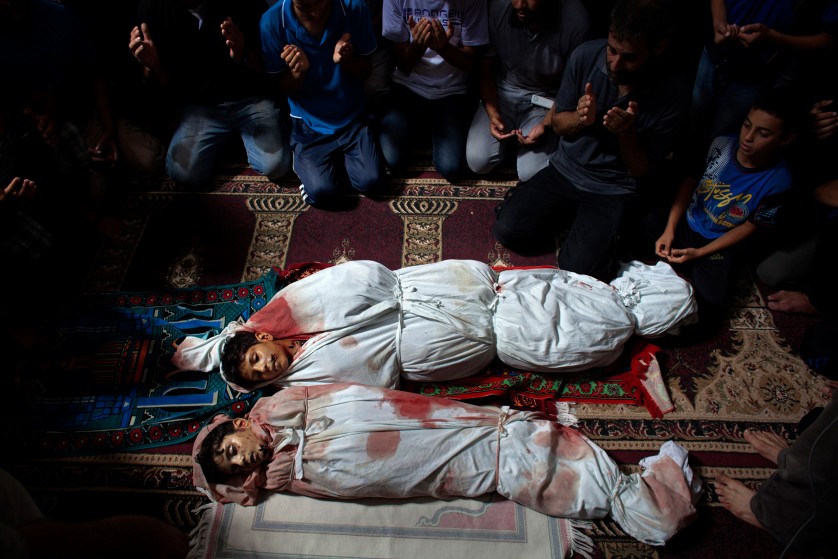 The death of photojournalist Anja Niedringhaus last year was a stark reminder of the very real dangers conflict reporters around the world put themselves in on a daily basis. Levine was deeply affected by Anja’s death.

“I am honored to be recognized with this Award dedicated to celebrating the legacy of Anja,” Levine said in her acceptance statement with the IWMF. “Anja was both a photojournalist and a person I admired, respected, and often consulted with in the field under extreme circumstances. There was an incredible professional bond and sense of trust, a sisterhood so many of us felt, and she is greatly missed by us all.” 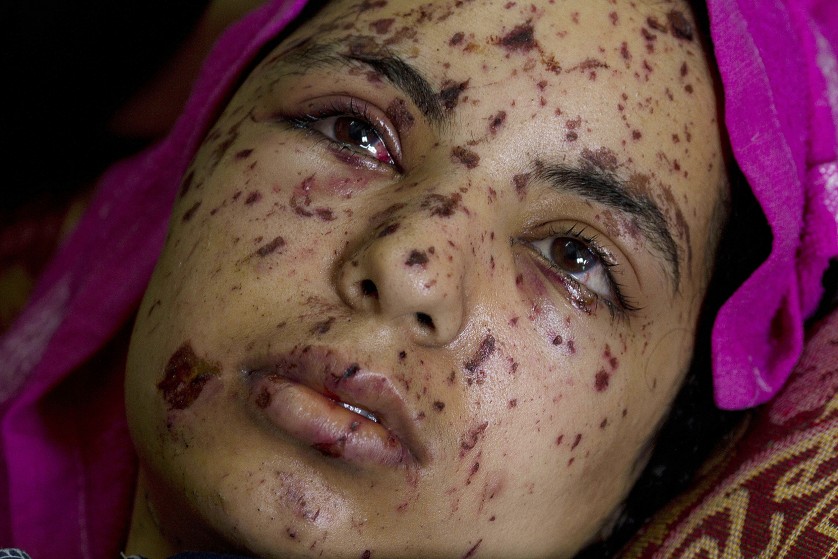 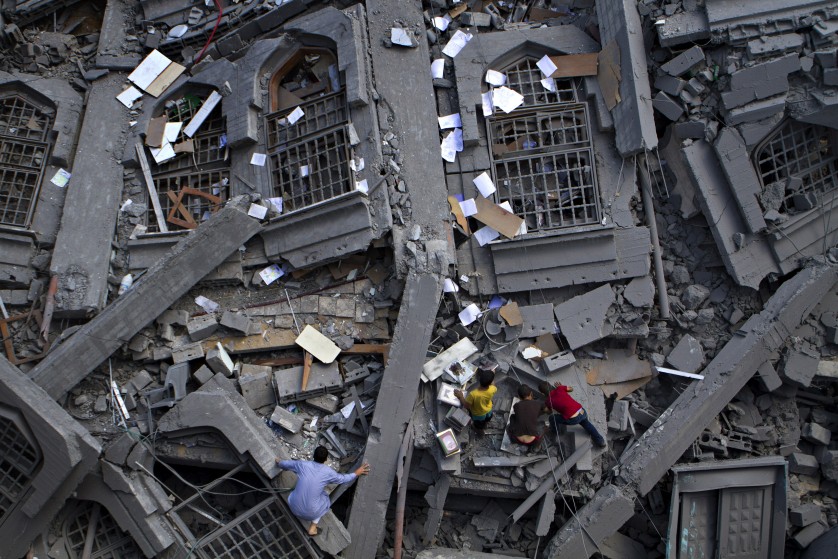 Palestinians collect religious books in the rubble of the Al-Qassam mosque in Nuseirat camp located in the middle of the Gaza Strip, July 9, 2014. ©Heidi Levine/The National/Sipa Press 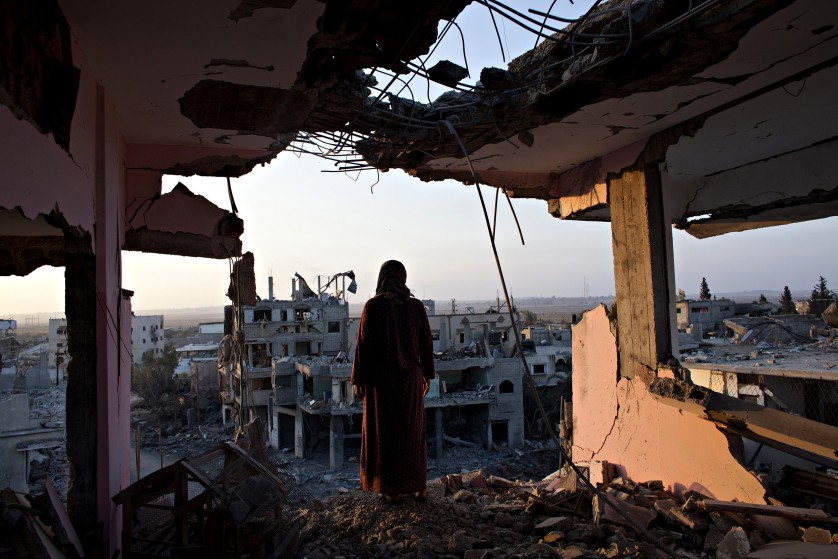 Hidya Atash stands on the top floor of her home as she overlooks the destruction in Shujayea at dawn Aug. 8, 2014. ©Heidi Levine/The National/Sipa Press