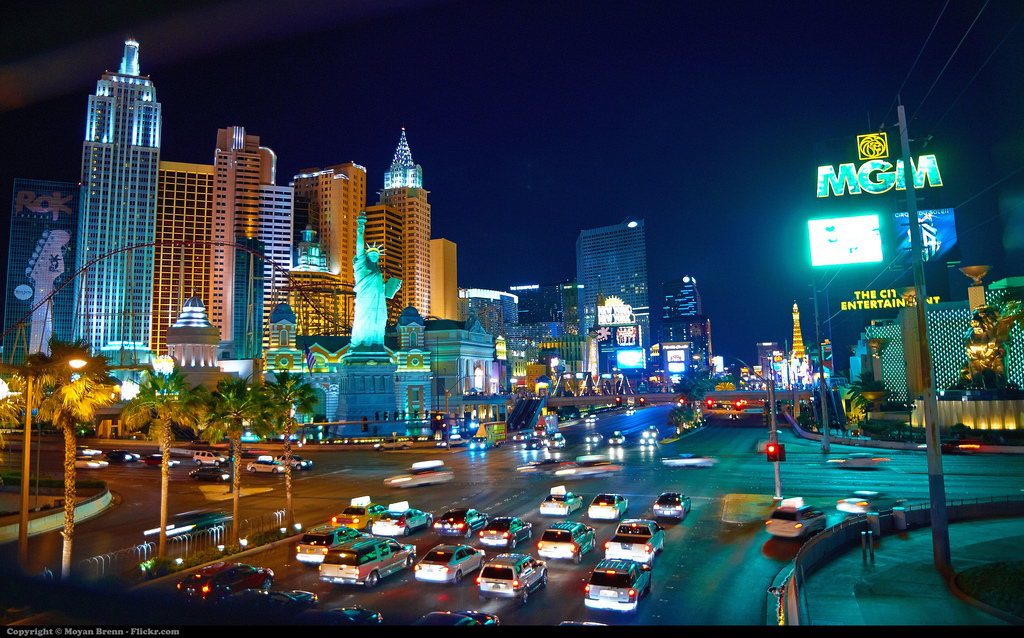 I Lost My Vegas Virginity at WPPI 2015

‘You are exactly the kind of person who would be at this kind of place at this hour,’ you think, entering the MGM Grand for the first time. As you move through the lobby, you notice a distinct sweet fragrance coating stale liquor and regret. You light up a cigarette. You lose a dollar in a slot machine. You have only 12 hours until the official launch of WPPI 2015—the photo industry’s annual wedding and portrait photography expo—so you head for the bar and welcome yourself to Vegas, baby.

And yet, this is not only your first time at the expo, it’s your first time in Vegas. You realize how it’s nothing like the amplified version of Times Square you imagined. And as you walk down the wide halls of the MGM, you pause as you come across Dixie Dixon’s latest advertisement. Nearby, you see a mysterious Profoto poster. It displays only an image of an unfamiliar flash system. ‘Are these the new B2 lights?’ you think, predicting their midnight release to be the lead topic of conversation by the next morning.

With light circles under my eyes, I emerged from my hotel room bed. I hopped in the shower, shifting the water from hot to cold. It was nearing 8 a.m., two hours before the start of the show, but the anticipation had erased the remnants of the Whiskey Down bar from my head.

Walking into the Marquee Ballroom, I strolled through the booths, considering the similarities between photography expos and music festivals: everyone’s come for a unified purpose—and everyone’s showing off their shit. I made my way over to White Wall—a photo lab known for producing gallery quality prints and canvas. Their setup reminded me how captivating imagery looks in-person, compared to a 13-inch laptop screen. I then stopped at the Studio Genie booth—where I demoed their intuitive iPad studio manager app—as I spoke with a friend about the Profoto lights released the night before.

But all of this, however, was not my only source of apprehension. In just a few hours, I would head to Studio West Photography for the RGG EDU and Resource Magazine Black and White Expo After Party (see below for the full list of special thanks and sponsors).

It’s just past 7 p.m., and you take your second cold shower of the day. Not because you’re dirty, but to clear your head. After eight hours of managing meetings, your team and remembering to eat, you prepare to travel five miles down the strip to the desolate Arts District.

You arrive and the space is empty. The kegs are full, the bar is stocked and the photo booths are bumping. And as guests begin to pour in, you pour yourself a whiskey. You sneak outside for a smoke. You talk to a homeless man about what Vegas used to be. Finally, Peter Hurley appears and the studio is suddenly packed. You refill your cup. A few hours later, you’re stumbling past a trailer park with your boss.

With heavy, bloodshot eyes, I emerged from my hotel room bed. I hopped in the shower, shifting the water from hot to cold. It was nearing 9 a.m., one hour before the start of the show. And by now, conquering a day of work while dampened by a Vegas hangover had become more of a chore than a challenge.

Day two of WPPI was highlighted by a demo of Snapshots—a new wedding gallery app that launched on March 1 and the official photo app for WPPI. With it, wedding photographers can invite users to collaborate in real-time, all in one convenient location. This combines the best of personal, mobile and professional photography, creating one interactive experience for everyone involved. From there, I checked out some work by Purple Matrix Retouching—one of the UK’s leading design, retouching and production houses—after stopping by the Lytro booth to ensure their team made it back from the party alive. 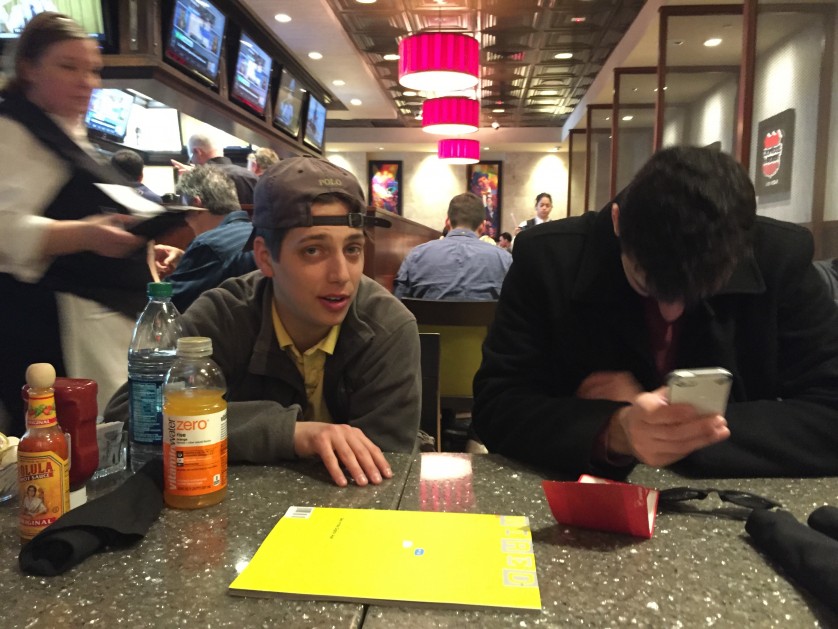 R to L: Resource’s very own Zach Zeitlin and Billy Murray attempting to make it to their flight home.

Before long, another day has passed, it’s 4 p.m., and your drink meetings are about to begin. You order a water. You’re offered a tequila. And by the time you’re done, you head up to your room for yet another cold shower. On the way, you notice a man struggling to pick up about $5,000 he dropped on the elevator floor. “So you won?” you say, tentatively. “No. I lost,” he responds. You wonder if you will survive two more nights of this.

With your eyelids half shut, you emerge from your hotel room bed. You hop in the shower, turning the water to cold. It’s nearing 9 a.m., about two hours before your flight home to New York. You struggle to recall the last day-and-a-half. And as you wobble through the lobby, you take one final look around the MGM. You see that something has changed: rank, messy luggage is being dragged towards the door, and the industry warriors are dressed in the same clothes as the previous night. You then catch your reflection in the hotel lobby door. And you realize that you are now one of them. 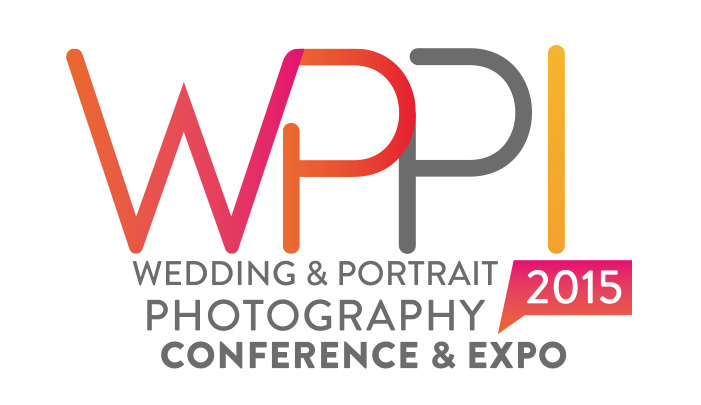