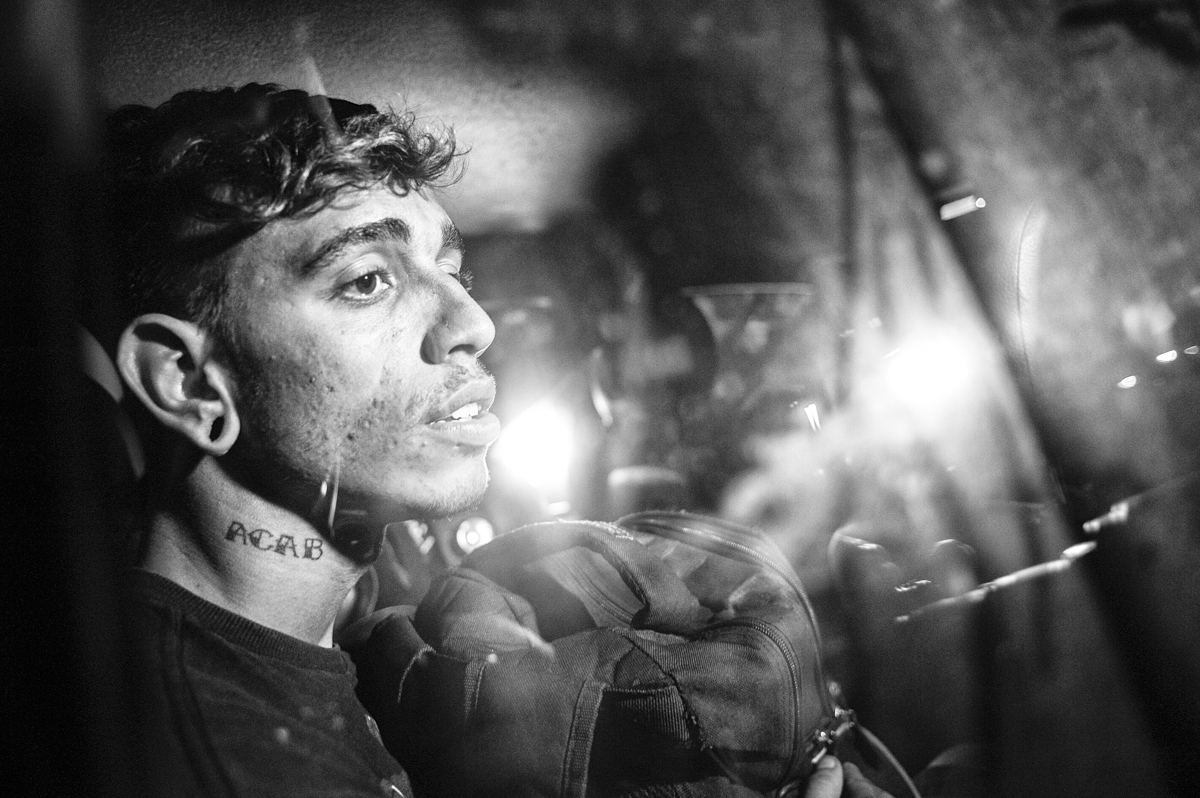 Photographer of the day: Alessandro Falco shows the other side of the World Cup

Photographer of the day Alessandro Falco is an Italian conceptual, experimental and documentary photographer who focuses mainly on the relationship between man and nature in modern society.
He started with photography in 2011 after graduating a fish pathology degree. After he started studying photojournalism in the Contrasto Agency (Milan).
Falco received several awards and his works are currently exhibited and collected by some international galleries, including the Biblioteque Nationale de France. In 2013 he was featured as Top Under 30 International Emerging Photographer of the year according to ZOOM Magazine.
Nowadays he is mostly working in Italy and Brazil.

Today we highlight his series: “Riot de Janeiro” that he made to show “the other side of the World Cup”.
We all know that Brazil hosted the 20th edition of the World Cup, held in 12 cities of the huge nation.
The event will be remembered as the most expensive edition of all time, with over $15 billion spent in a country that still has serious problems with poverty and social inequalities. 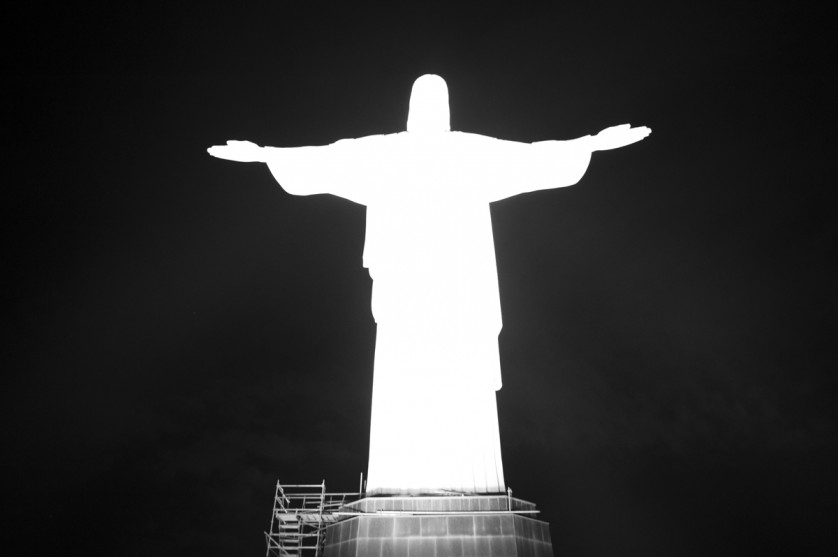 The Christ the Redeemer overlooking the city, the night before the historical defeat of Brazil.

For this reason, thousands of Brazilians took to the streets shouting “Não vai ter Copa!” (there will be no World Cup), protesting against the waste of public money destined to a sporting event rather than to the inadequate public health service and education system.
Other Brazilians have been waiting impatiently for this event and, perceiving the protests as an unnecessary annoyance, revealed a sharp break in the equilibrium of Brazilian society. 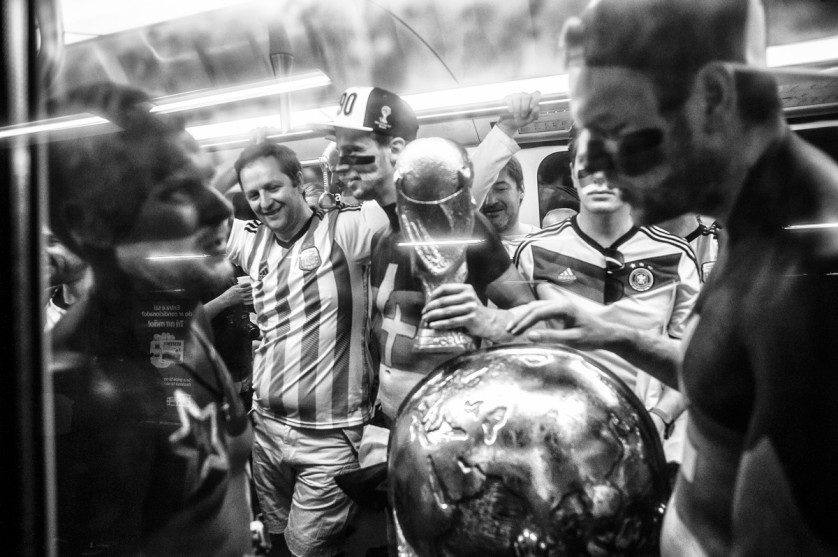 Brazilians were promised that this event would bring good to their country, yet many have seen no changes for the better in their daily lives. Massive inequalities between rich and poor remain, while protests are violently suppressed. According to Terre des Hommes, some 170,000 people lost their homes during the preparations for the World Cup in Brazil due to the building or renovation of stadiums, roads, airports and other infrastructure projects. 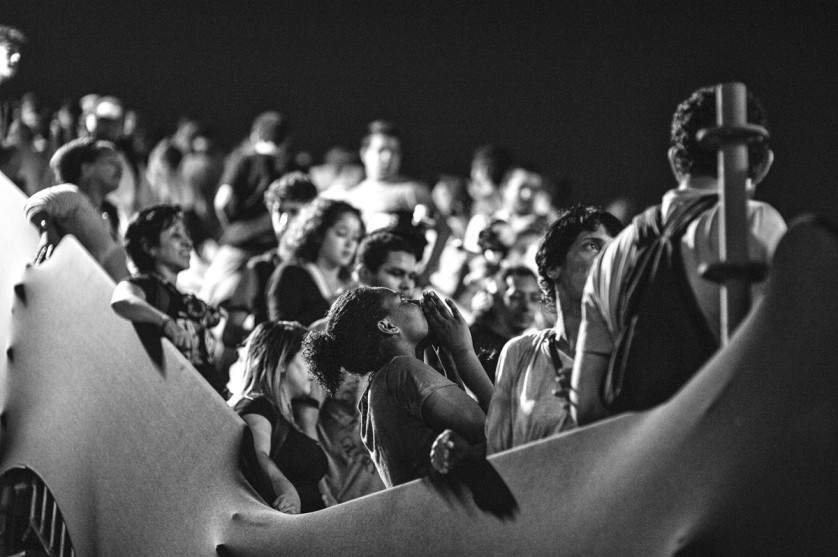 Some protesters fail to reach the vicinity of the stadium Maracana.

Brazil is a football nation but is this the cost to pay to host a big sports event? 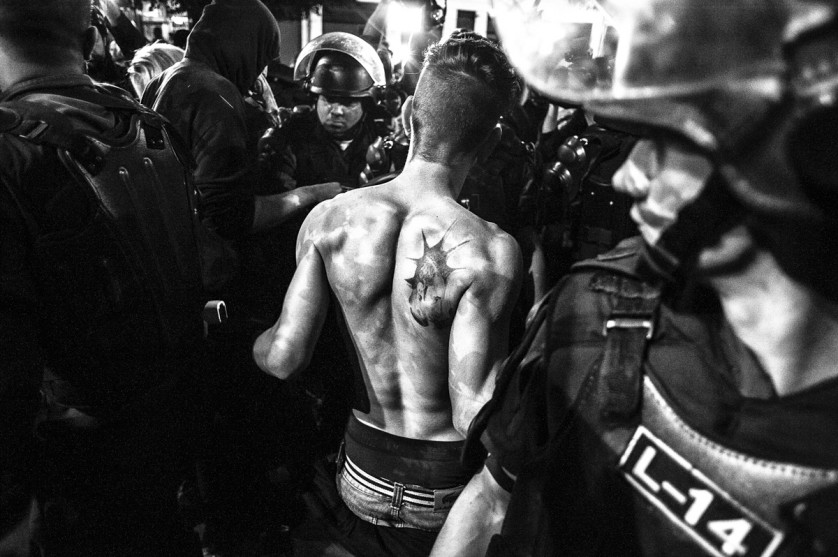 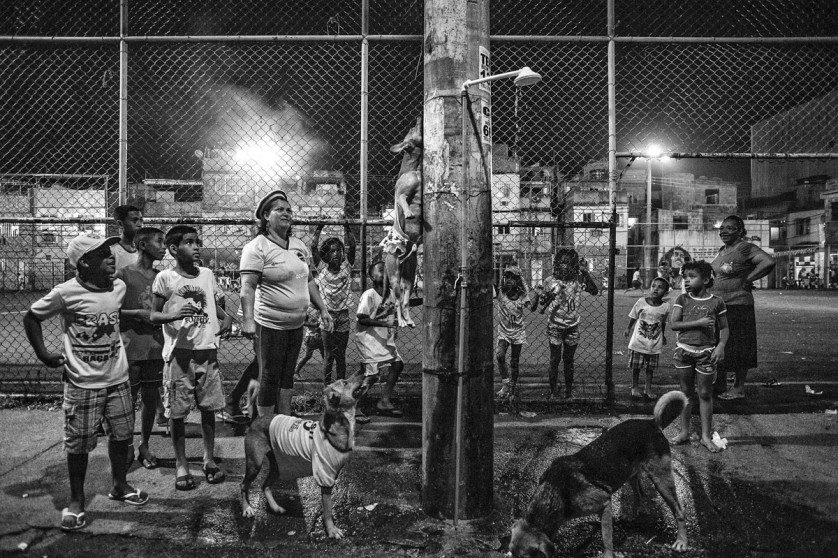 A trained pitbull performs for children. 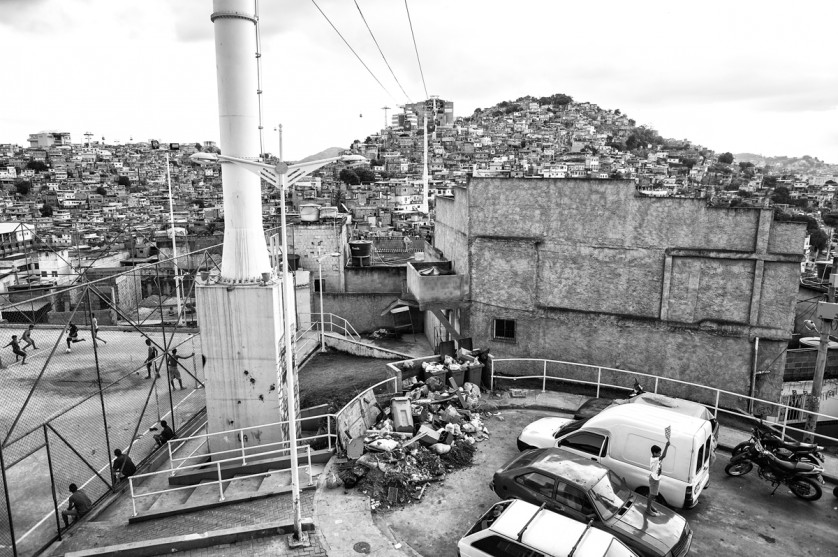 Complexo do Alemao , view from the cable car. 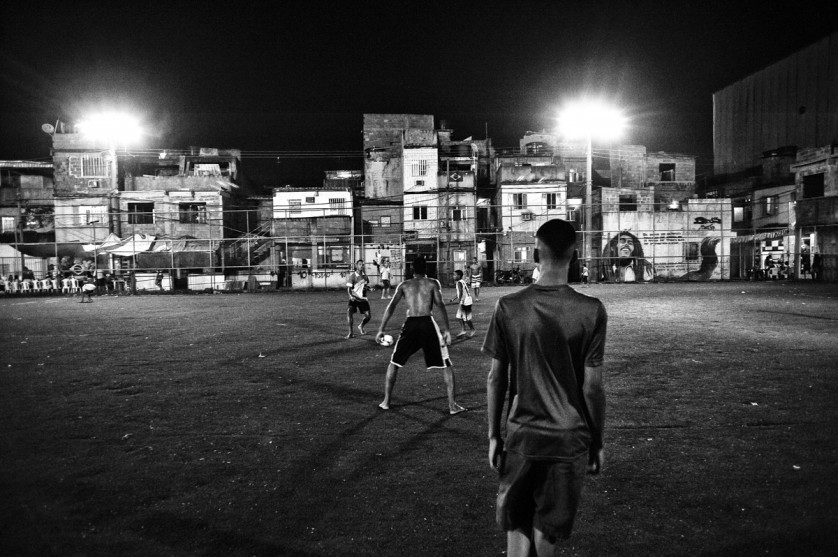 Local football game after the disappointing draw for Brazil – Chile. 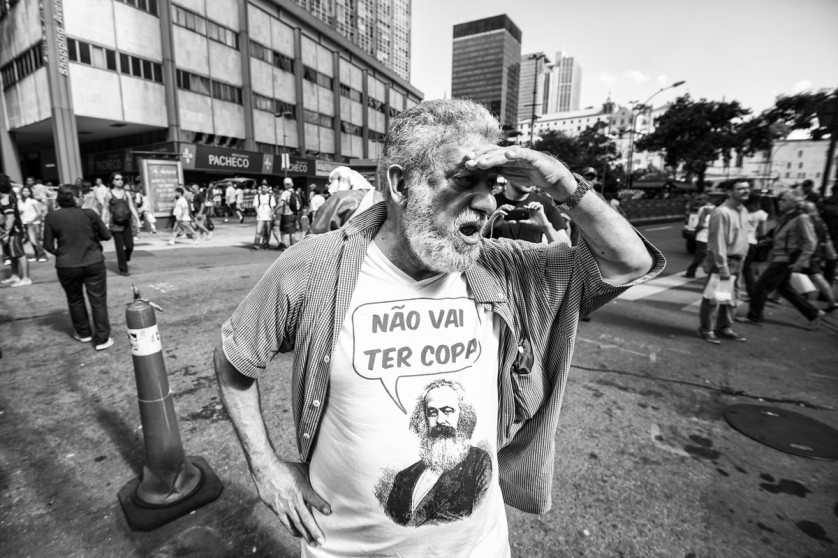 Nao vai ter copa ( there will be no World Cup) 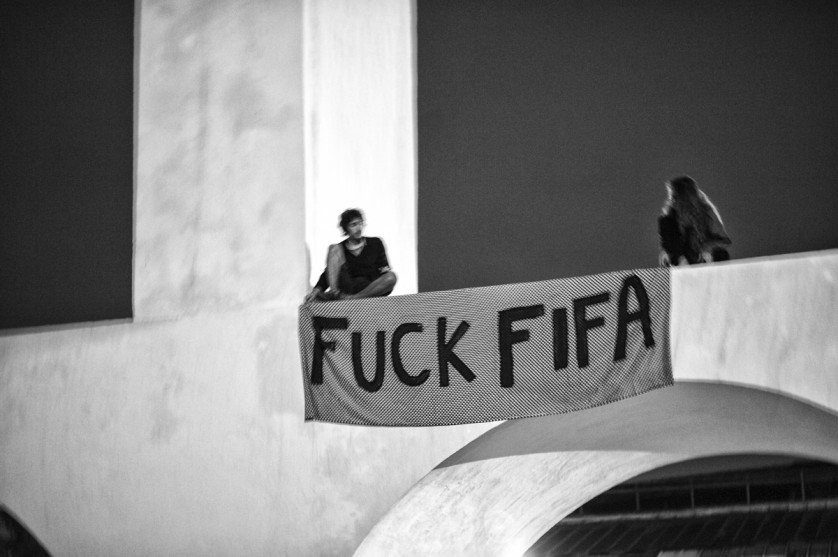 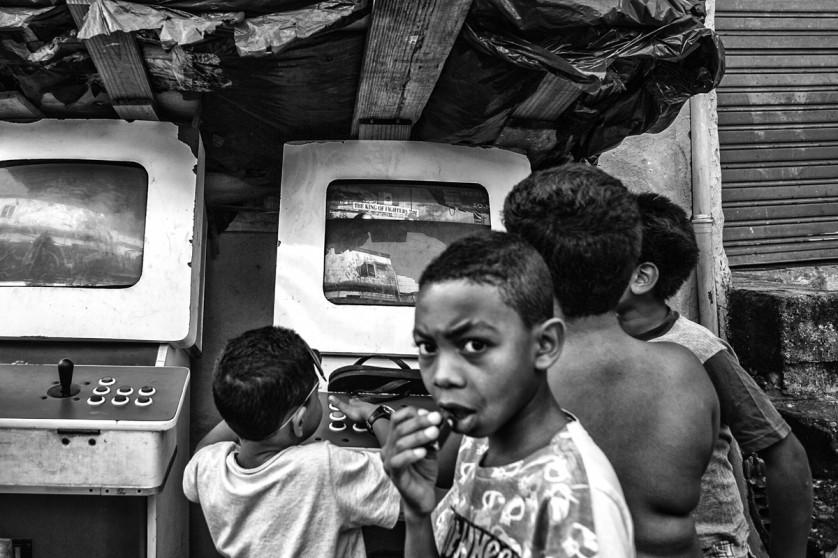 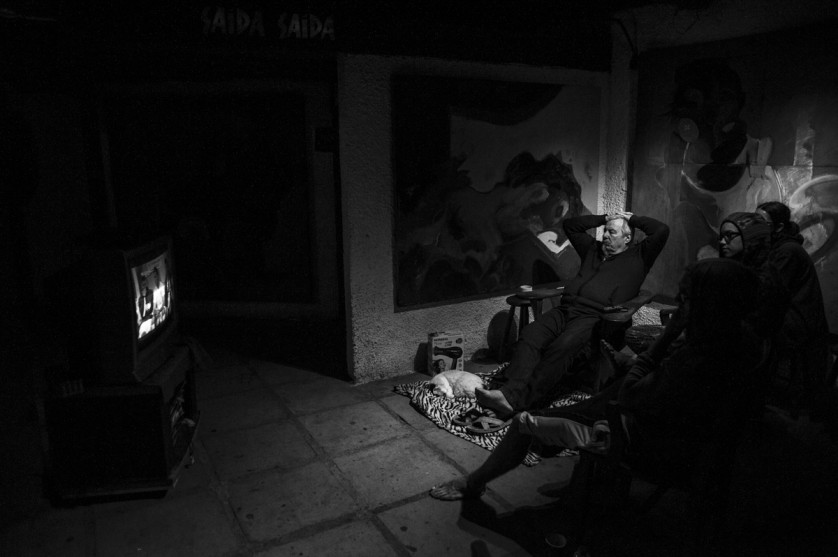 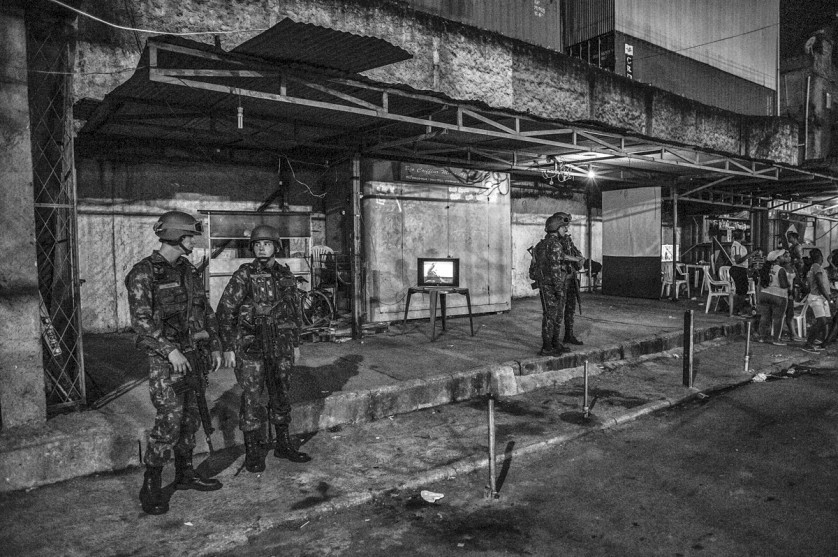 Military in the favela Maré Complexo with just a few minutes left in the game. 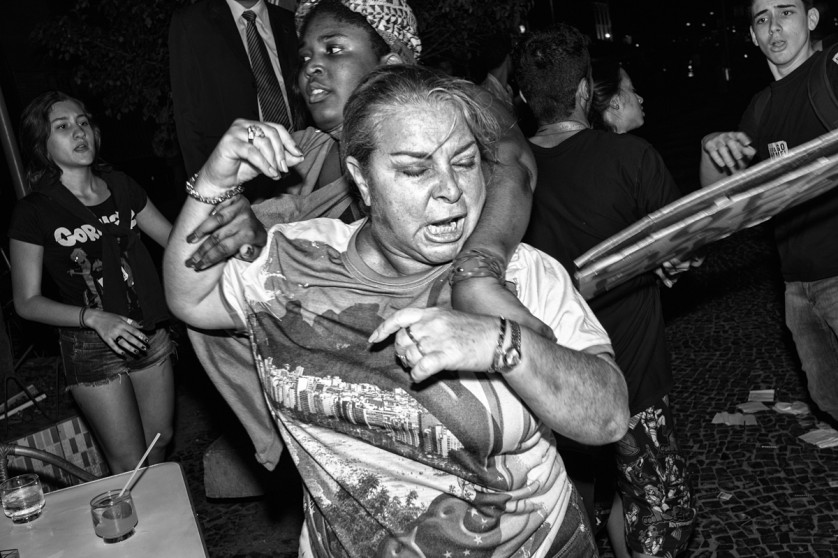 In addition to some protesters, even a tourist was arrested by police for a brawl in front of a restaurant in Copacabana. 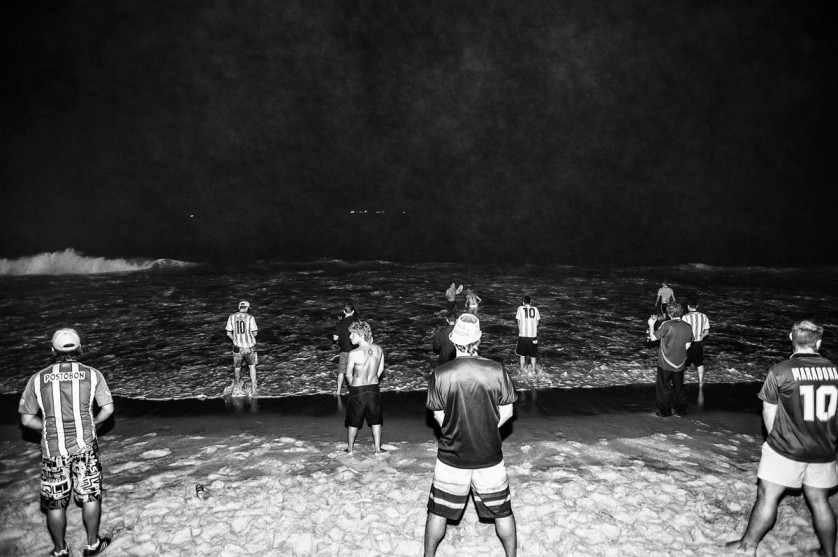 It is estimated that over 10,000 Argentines have reached Rio to attend the World Cup final. Because of the prohibitive prices, most of them saw the game on a large screen of Copacabana . 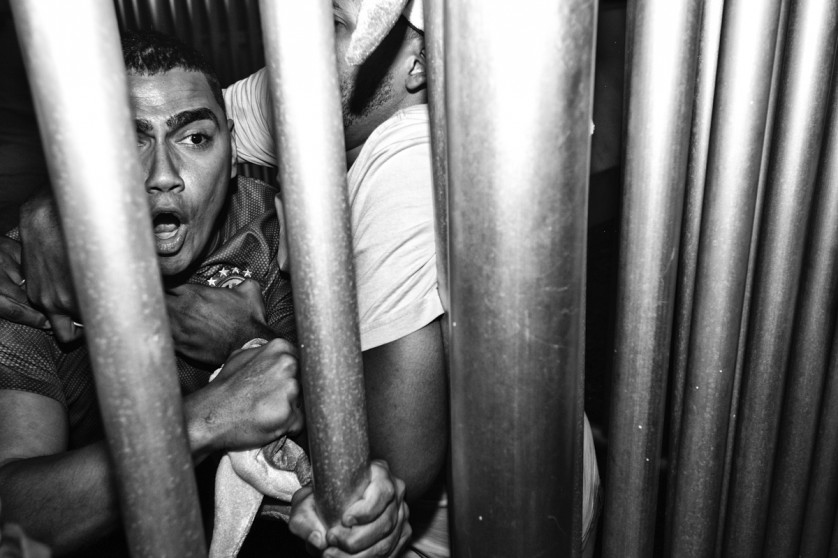 Demonstrators are being removed. 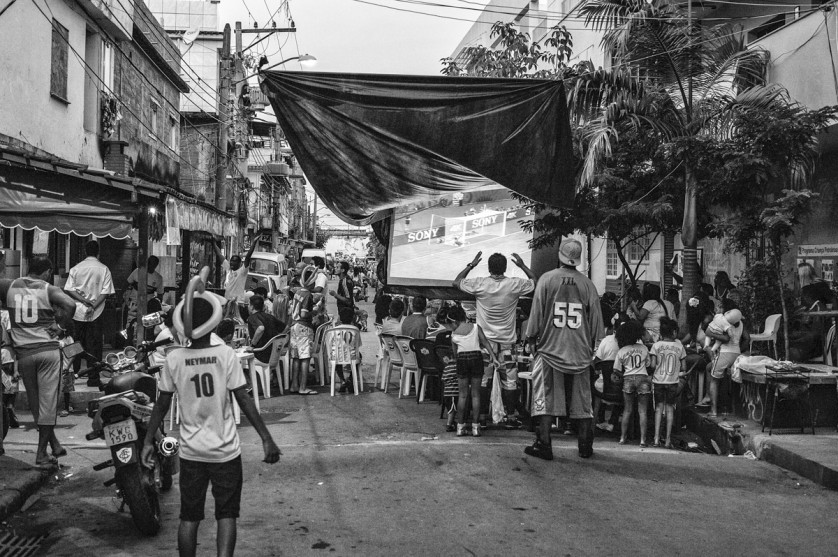 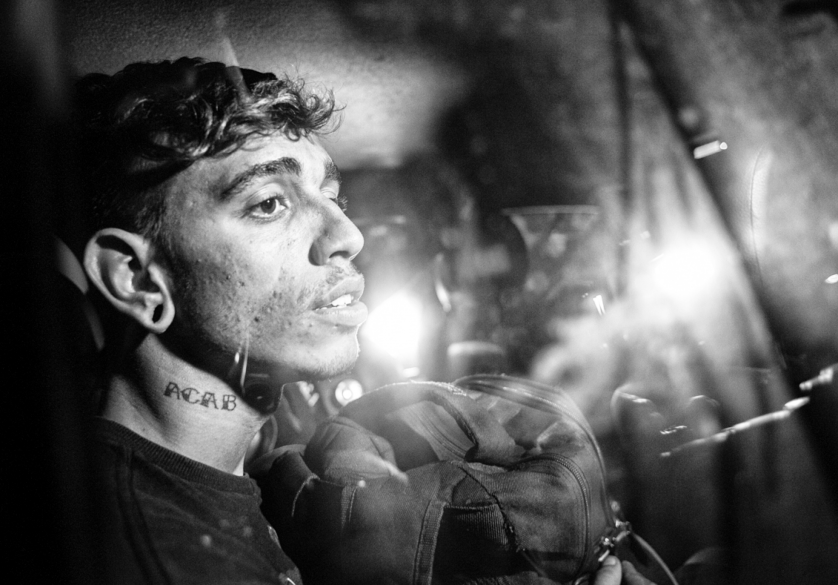 A young protester waiting in a police car, he got arrested during anti World Cup clashes in Rio.