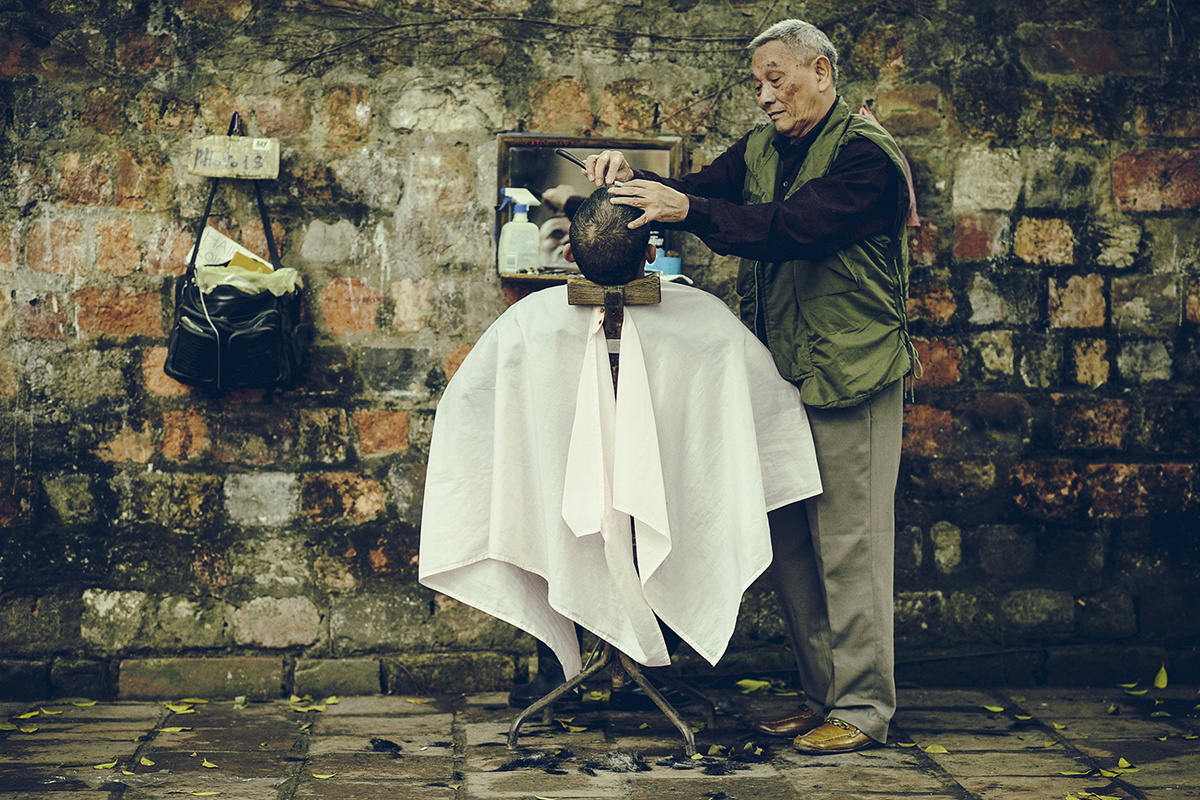 This evening’s photographer in our spotlight is James Duong, a photographer who has been published in National Geographic, Elle Magazine and more. He was also mentioned in a previous Resource article about the winners of the EyeTime 2014 contest, an annual photo contest derived from the Morpholio Project.

We all remember the story about the barber who gave free haircuts to the homeless in NYC. James’ series, however, is about street barbers in Vietnam. With this, he landed the Jury’s emerging talent first prize Eyetime 2014 award. So why Vietnam of all places? 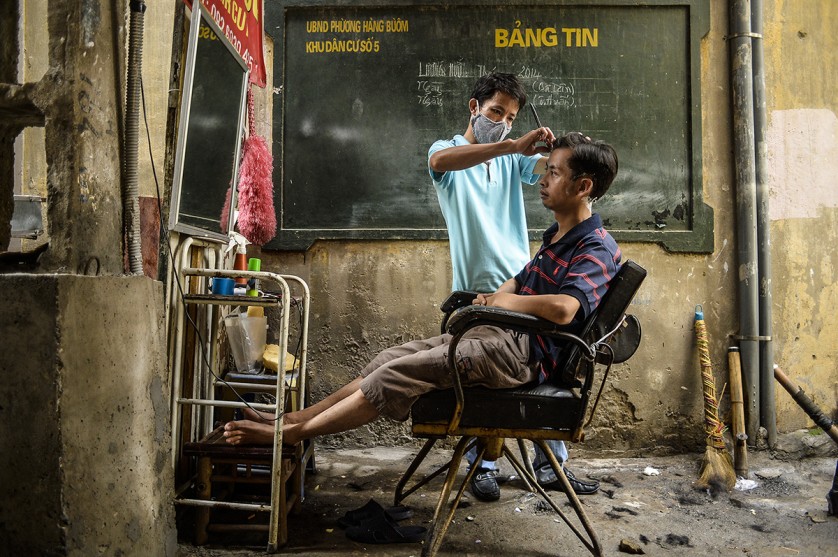 Street barbers are getting rare in the world. It used to be well known in third world countries, but nowadays it’s a fading profession. Most barbers couldn’t afford to rent a shop so the pavements have become their workplace.

Before 1986, being a street barber in Hanoi, Vietnam was uncommon because every commercial transaction belonged to the government. The number started increasing in the 1990s and quickly decreased due to a pavement law, which banned any kind of service on the streets. Now, there are only a few spots where you can still get a haircut on the sidewalk.

It’s often debatable whether the better barbers are the ones on the street or the ones who actually own a shop. Most of the high-end salon owners come from background of street barbering—not having to rent is probably the biggest advantage. All you need is chair and a mirror to get by. Street price ($2 SD/haircut) is usually half of what’s charged in salons. However, the street barbers generate a lot more daily customers due to the lower price, leading to street-barbers having more chances to practice and sharpen their skills. 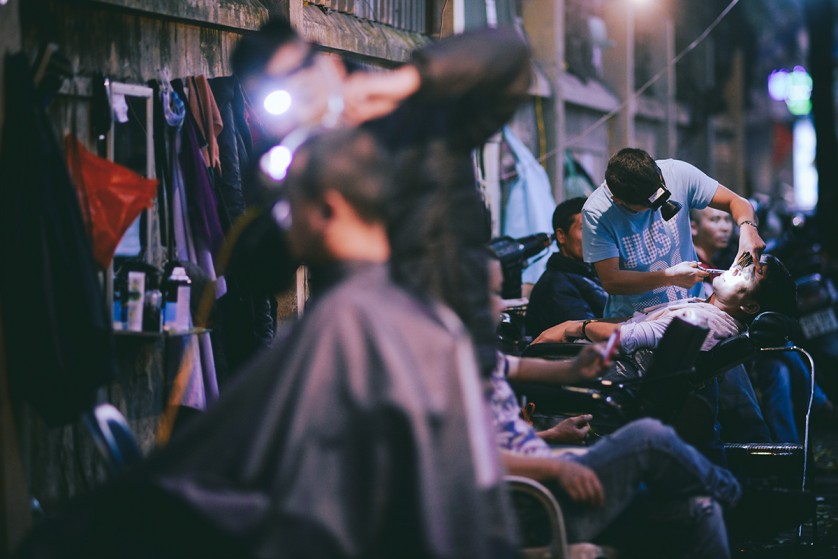 Rent is not the only issue, however, and street-barbers have been facing other problems: In order to attract customers they must form groups, which creates competition. Customers won’t line up to wait for one barber, and the faster they can do their job, the more customers they get.

“If you want to be a good barber, you have to remain sober first. If you can’t take care of yourself, how can you take of the others?” a barber told James. 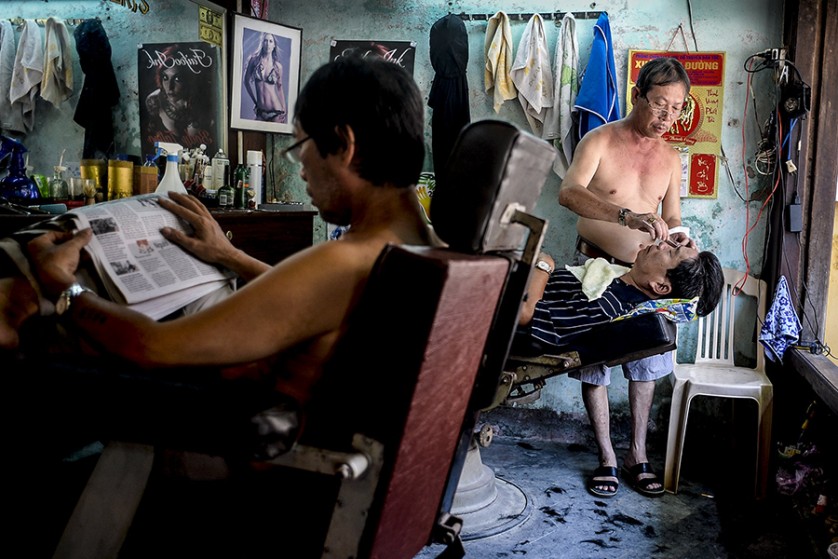 James Duong’s grandfather was a street barber himself, right in the center of Hanoi, during the Vietnam war and the post-war era. He passed away when James was only six years old. Duong was told that his grandfather was one of the best barbers in town and he grew up hearing great stories about him. This series is close to his heart because he has—and he will—meet many great people in his lifetime, but there’s one person that he can never meet: his grandfather. James imagines him every time he walks by a street barber. 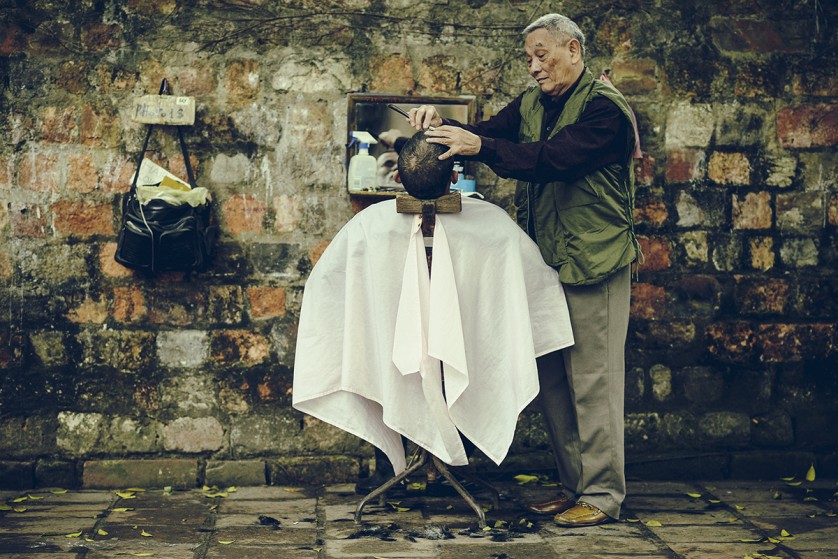 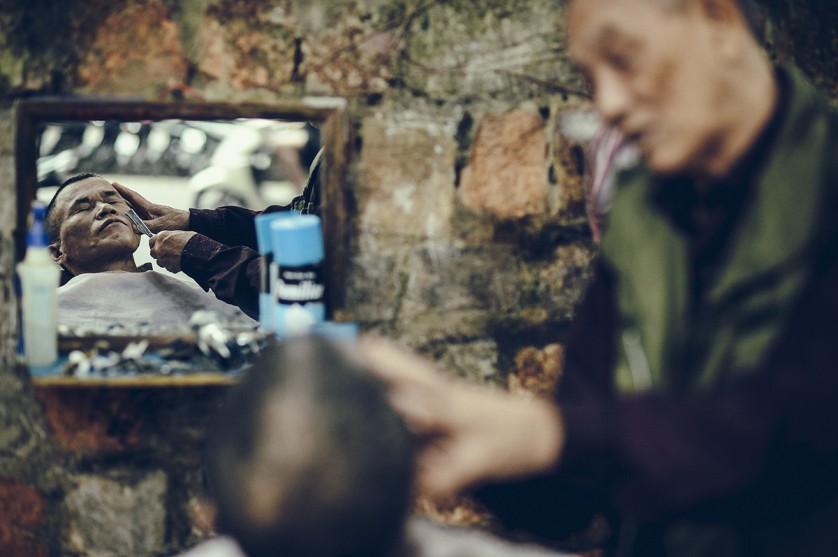 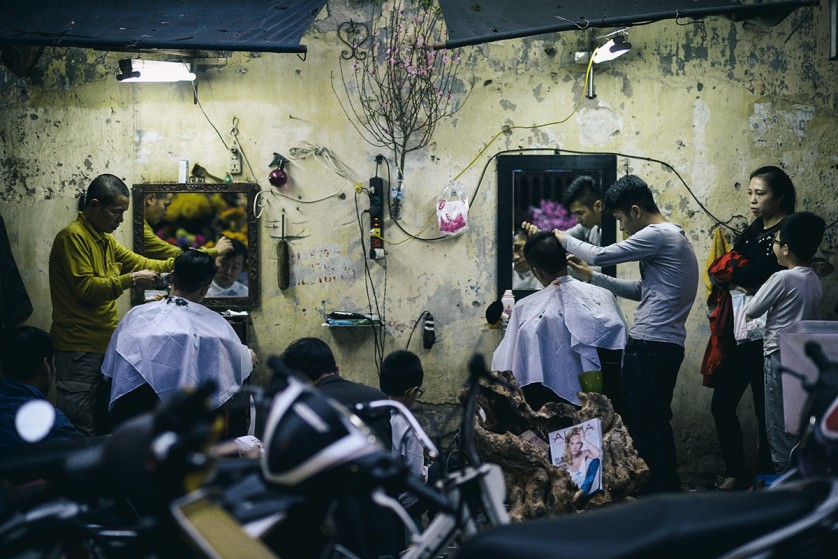 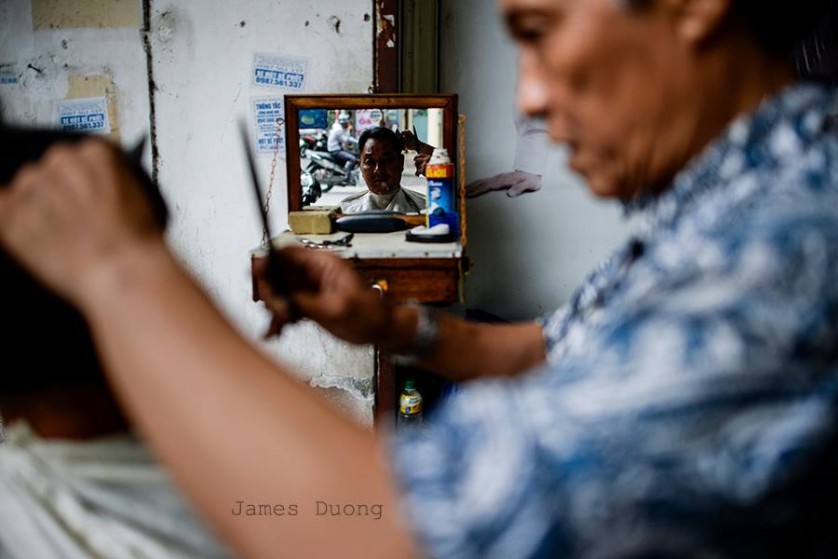 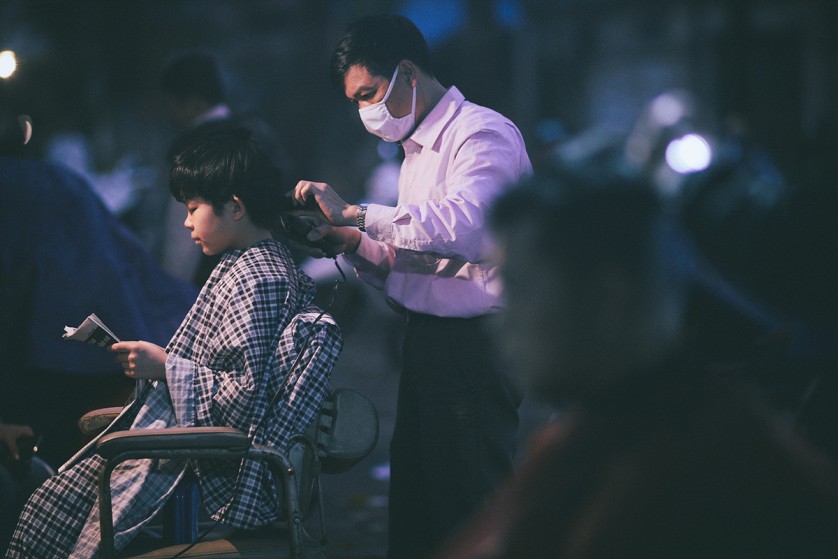 To see more of James’ work, visit his site.