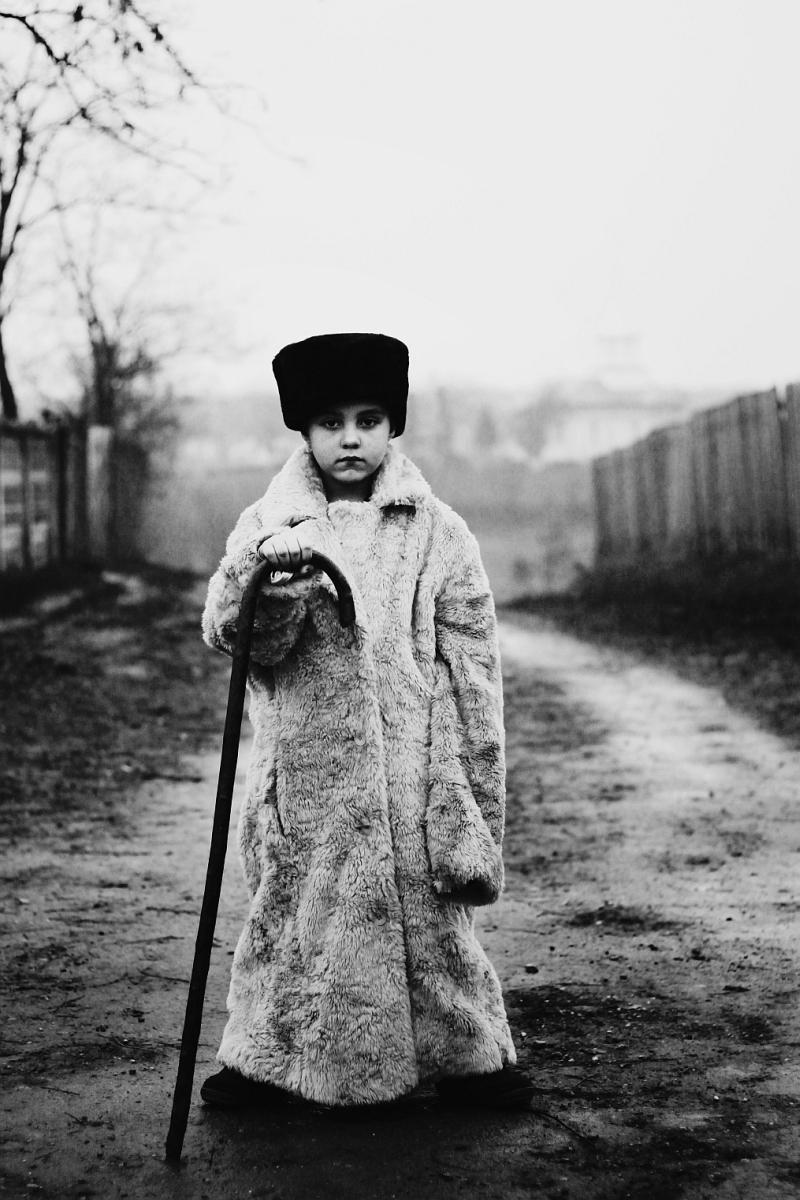 Photographer of the Day: Felicia Simion and her ‘Playground’ series.

Today’s photographer of the day is Felicia Simion. Some of you might be wondering who she is, some of you may already be familiar with her work. But that’s why we‘re highlighting well known and less known photographers. Resource previously did an article about the winners of the Eyeview contest 2014 an annual photo contest derived from the Morpholio Project. She won the EyeTime Future Voices Jury Winner award with the picture “Different shades of the same grey”.

Felicia is a 20-year-old self-taught photographer living in Romania. At this young age she has received different awards in international competitions such as: International Photography Awards (IPA), Paris Prix de la Photographie, Sony World Photography Awards, Travel Photographer of the Year to name a few. She even did a solo exhibition “In the pursuit of light” at RK Burt Gallery in London in 2014, a few publications in Vogue Beauty, November 2014; National Geographic Daily Dozen, May 2014 and many more.

Simion found her passion for photography at a very young age, not knowing that this would be her goal in adult life. When she was around 6 years old, her parents would ask her to take pictures during the trips they took. She remembered being fascinated by the cheap plastic film camera with all the chromatic aberrations and grainy surfaces. She started taking photos in 2006 at the age of 13, and was fascinated by the world of photography. 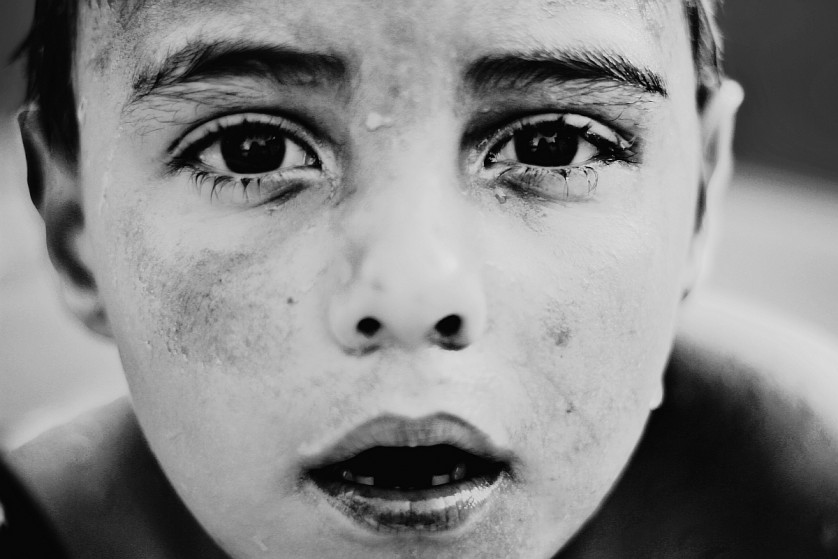 Felicia had difficulty sticking to one genre of photography. She wanted the whole world, and to experience it all; she said: “Like Neil Armstrong left his foot mark on the Moon, I would love my finger mark on the corner of the image”.

Today we are highlighting her series “The Playground” and the interesting story behind it. Felicia followed her 5-year-old cousin Felix around. He is growing up in a small village in Romania, which many generations of Felicia’s family had called home throughout their lives. For Felicia this was no different. 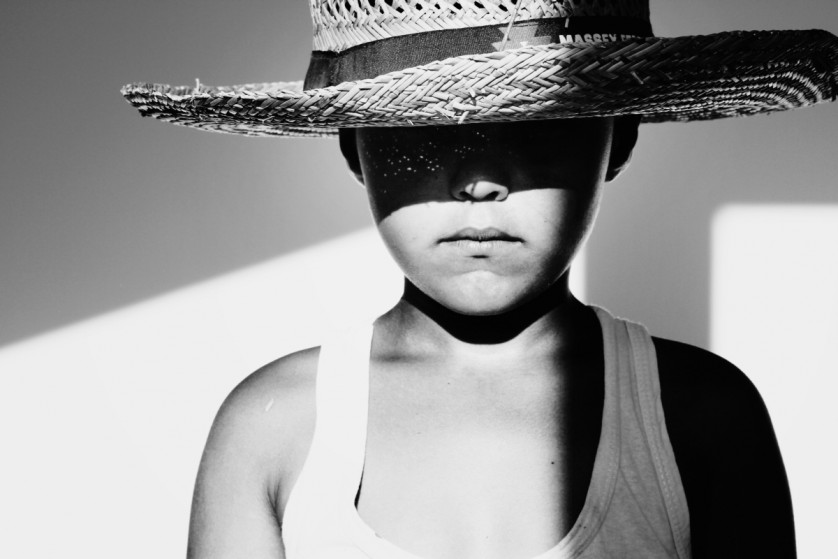 In todays day and age, kids have grown up with all the technology they could ever wish for. Millennials like me didn’t have this growing up. (maybe some of us did) I was used to playing outside with my friends not sitting indoor all day, and Felicia’s series captures the outdoors kind of childhood amazingly. These kids these days may never know what that’s like, (sigh) but Felicia gives us a reminder. 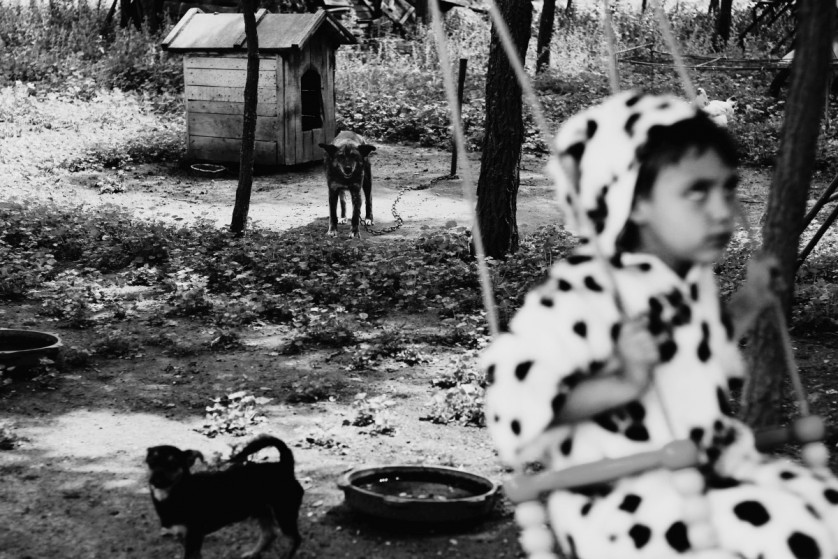 Felix is developing himself in a traditional way, playing in the sand instead of using a tablet. He’s happy just by swimming in a small supermarket pool, riding the bike and gazing at the Milky Way, undisrupted by car lights and street lights.

Felicia was confronted with the end of her childhood, followed by the beginning so-called adulthood. That’s when she decided to join Felix in his games, where she would be the photographer and story-teller while he would act like various characters such as a dog between dogs or a self-proclaimed cowboy – free from any kind of commitments. By doing this, Felicia was recalling her own childhood in an electronic-poor environment, where she had the time to breath and search for her true identity and not be distracted by technology.

That’s how the courtyard and its surroundings became her playground. “The place where everything is possible once the sun rises and swallows up the fear of growing old with its nourishing light,” she said. 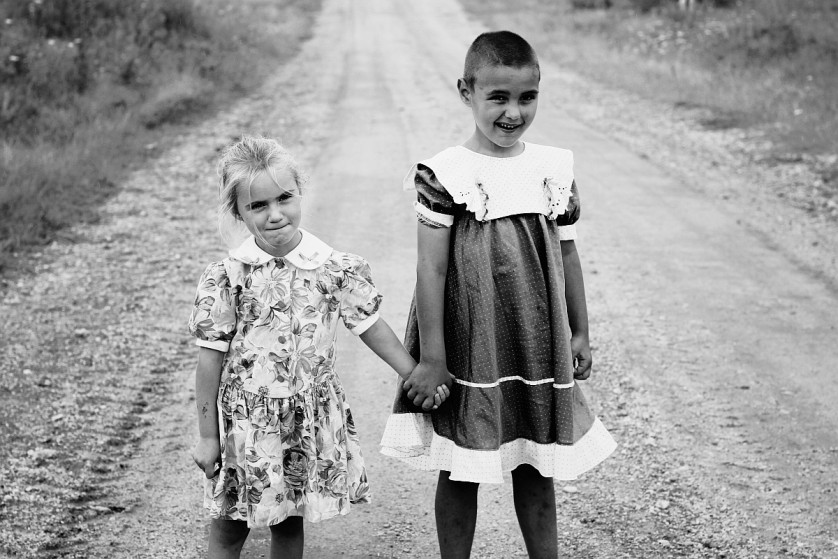 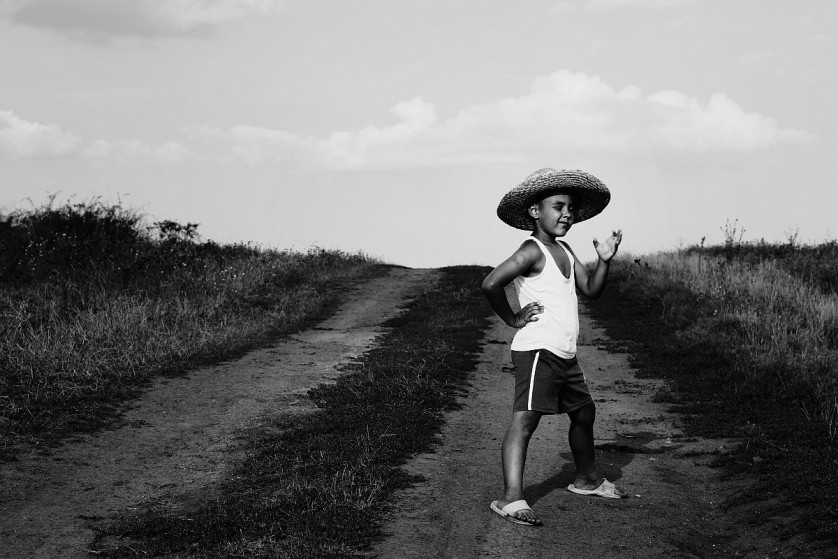 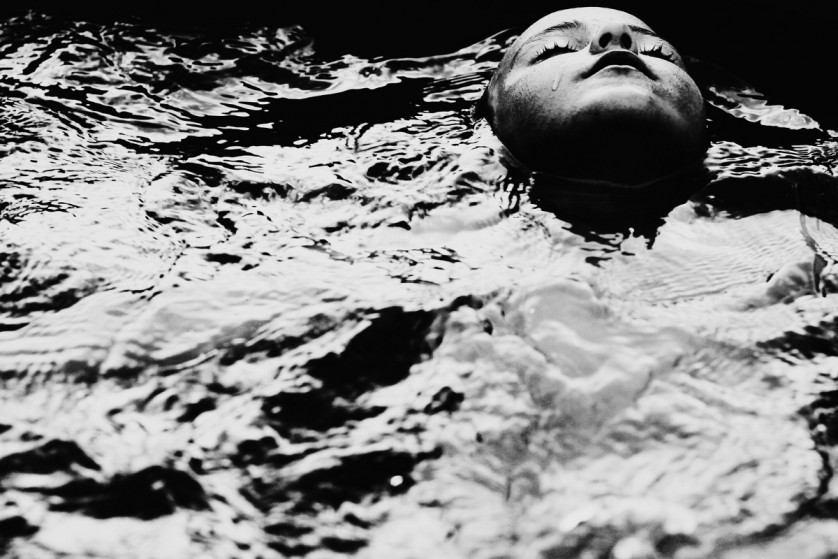 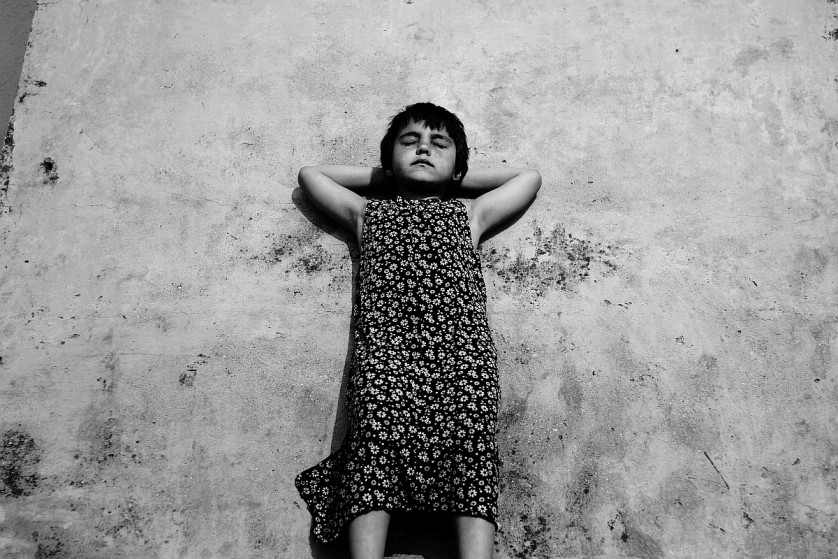 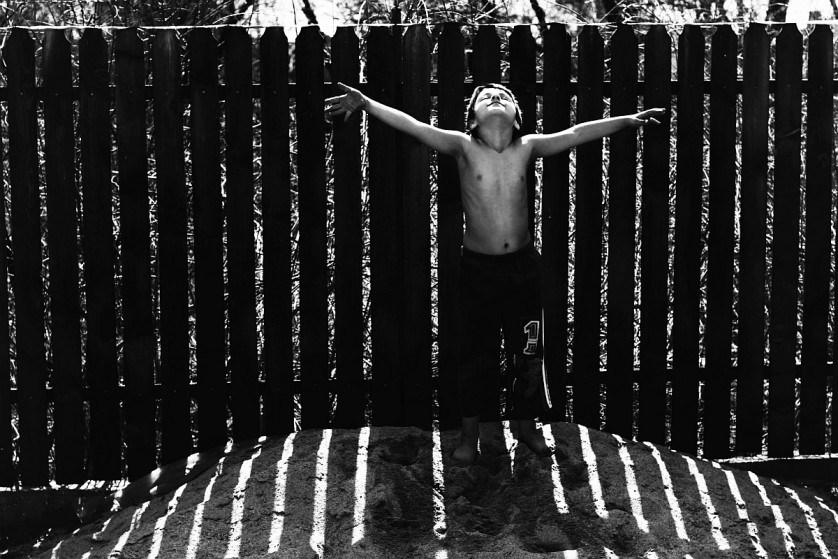 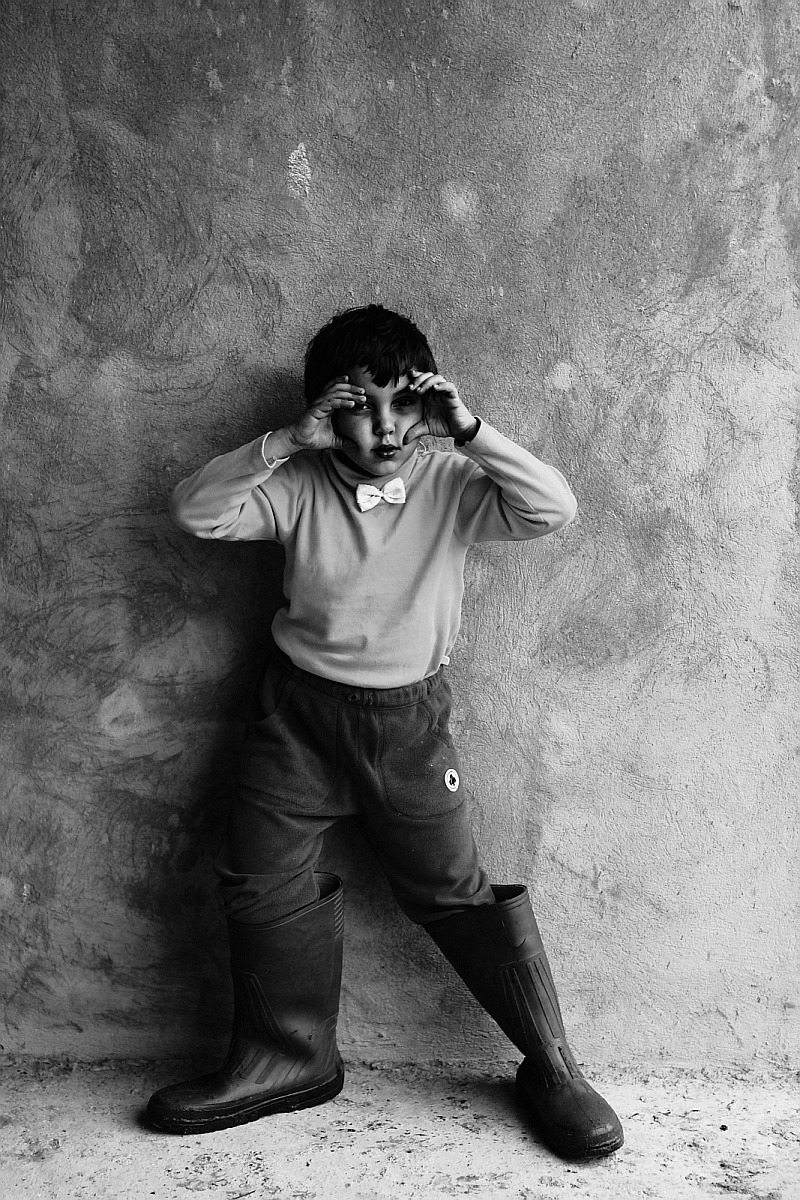 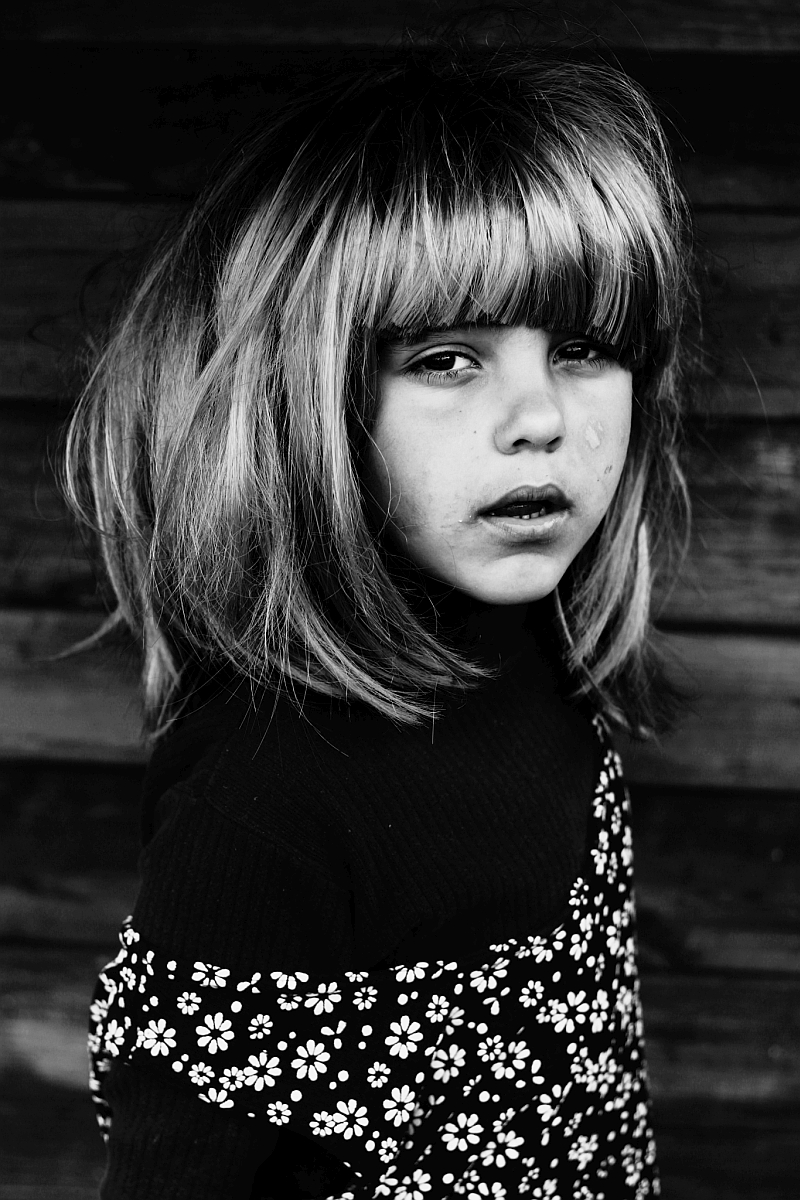 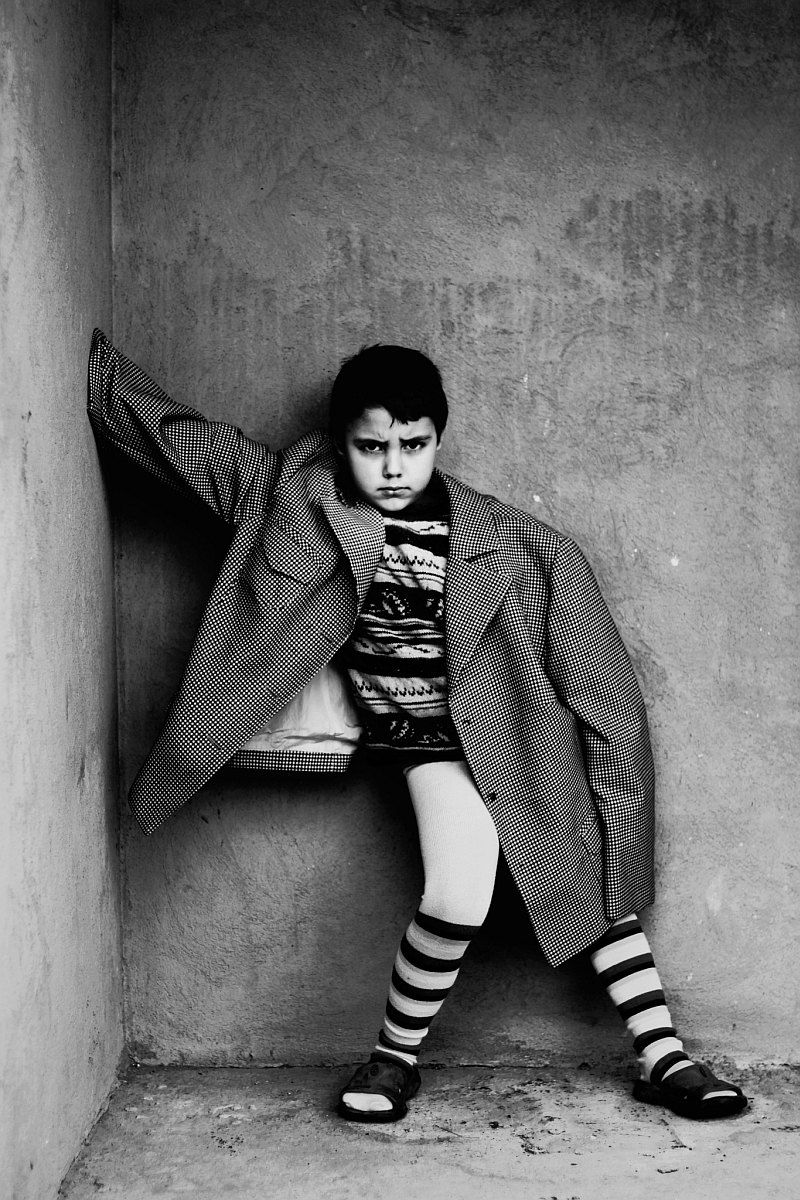 The project was published by LensCulture under their “B&W” and “Portrait” sections.
For more interesting projects, take a look at her website: www.feliciasimionphotography.com
Facebook page: https://www.facebook.com/felicia.simion.photography.

To be considered for photographer of the day please follow us on Instagram and/or email alex@resourcemagonline.com with Subject line “POTD Submission”.