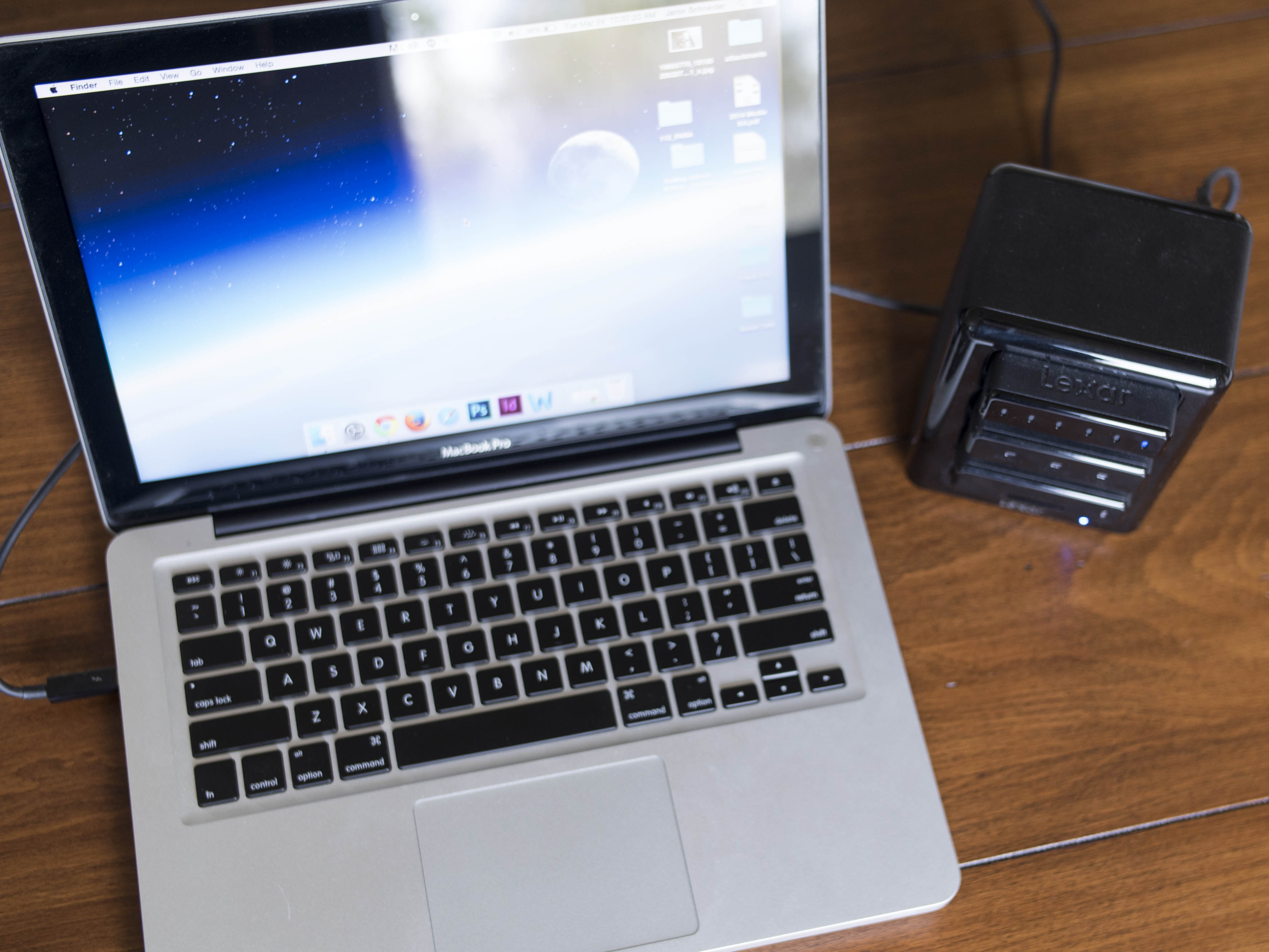 When I first saw the generation 1 Lexar Professional Workflow Hub hit the market a couple years ago, I didn’t think much of it. I have a built-in SD reader in my computer and a USB card reader I bought at Target for times I needed to offload a CF card. The idea of purchasing a $200 base upgrade with interchangeable reader/storage options didn’t seem worth it. Two years later, and after a solid month of only using a Lexar Pro Workflow HR2 4-Bay Thunderbolt Hub (the second iteration of Lexar’s base Hub), I see the error of my ways and I can’t imagine going back to how I used to operate. 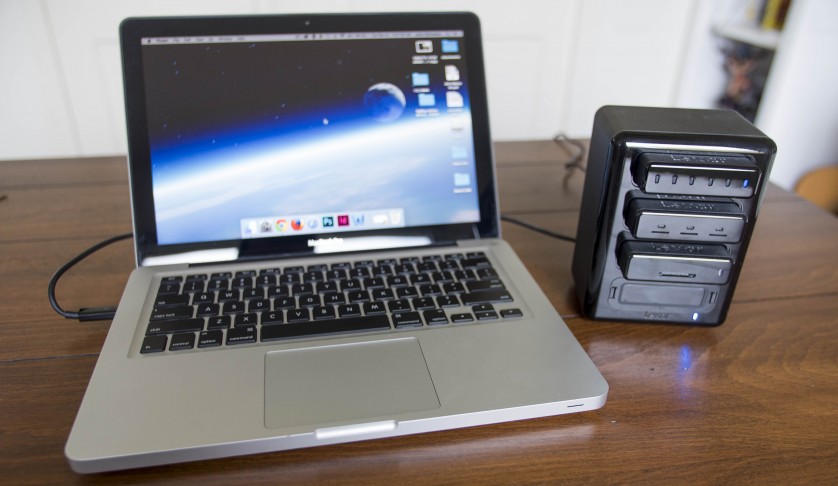 Offloading cards is, I imagine, not on the top of anyone’s list of important factors to consider. It is easy to just slouch back into the methods we have been used to for years: drop a card into the SD slot. Drag it over. Wait 25 minutes for 64 gigs to offload. Pull card out. Repeat five more times. A single day’s worth of 4K shooting on two cameras plus my GoPro for me can result in about an hour and half to two hours or more of offloading time. That’s time I generally spend futzing around on Facebook or watching TV.

The Lexar Professional Workflow Hub is like a nitrous oxide engine for your workflow. It quite literally took that process that can last up to two hours and distilled it down into a matter of minutes. I’m not even exaggerating, and I will prove it to you shortly. You can dump up to six microSD cards and two SD cards at once and empty them all in blazing fast time. Don’t have that many microSD cards? That’s fine. The Hub can be rearranged to fit four CF cards, four SD cards, twelve microSD cards… I hope you get the point. The beauty of the Hub is that it morphs to fit your specific workflow. That little card reader you bought off Amazon or, like me, picked up at Target is woefully underarmed when put up against the firepower of the Lexar Hub. Gratefully, in anticipation of the growing demand thanks to cameras like the Blackmagic URSA, Lexar even has CFast modules for the Hub. Thanks to the extra Thunderbolt port on the back and the USB3 port, there is quite literally nothing you can’t port through your hub when it comes to offloading data. 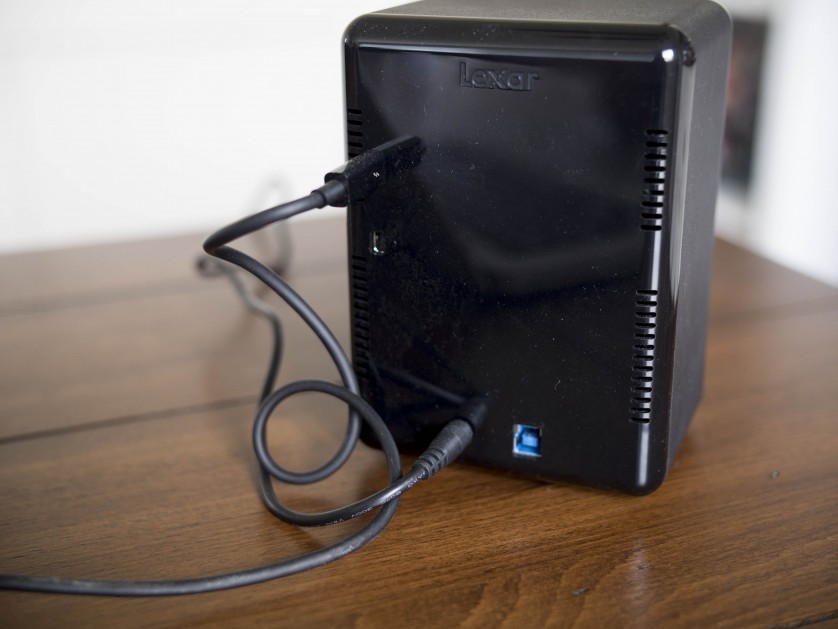 Let me show you how much faster my workflow became. Remember, what’s important here is the read speed, which is what determines how fast we can get data off the card. I am also stress testing these cards at the max GB data transfer rate that the Blackmagic Speed Test allows, which is 5 GB. The Hub is connected via Thunderbolt into my G-Speed Studio, which is running four drives at RAID 5. Let’s start with my 128 GB 600x Lexar SD card, the one I use as my main card when shooting with my Panasonic GH4. Here are the speeds it gets when I’m using the reader that comes installed with my Mac: 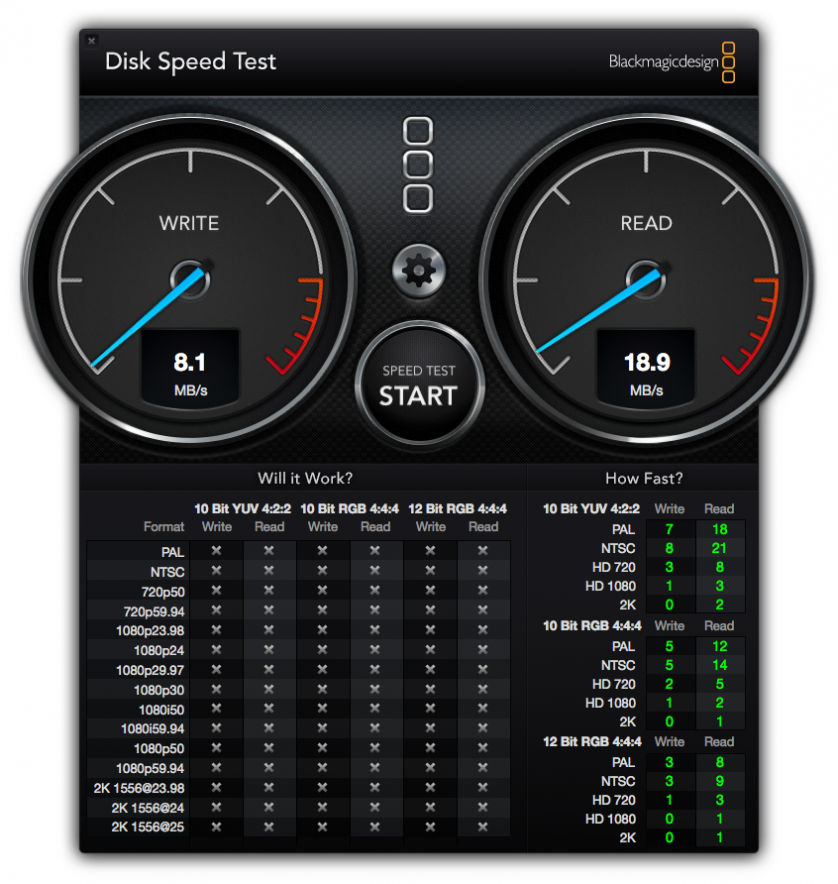 And here is the speed I get when it’s connected to the Lexar Hub: 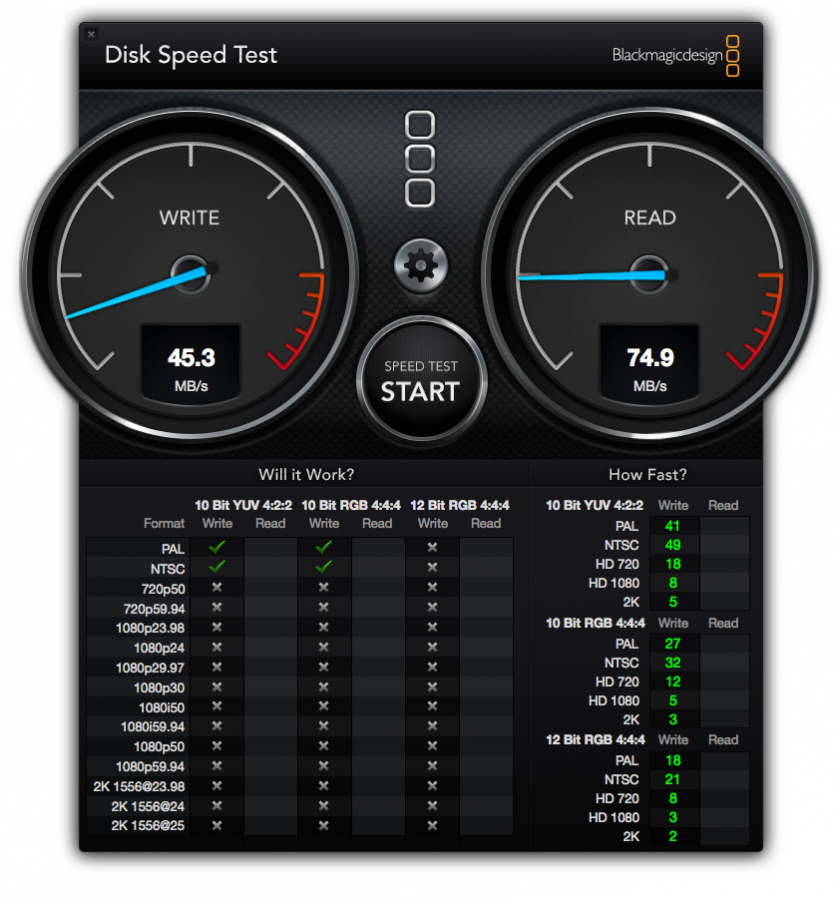 That’s more than four times faster! That takes a twenty minute download and condenses it into less than five minutes. And you can stack those four times with four SD card readers and the speeds remain constant. That’s incredible. What was an hour and forty minute offload through my one in-computer card reader can now be less than five minutes. Do you know how much I can get done in editing in that amount of time? The answer is a lot.

Here are more examples. Next up, my Sony 64 GB Class 10 SD card. First is in the built-in reader: 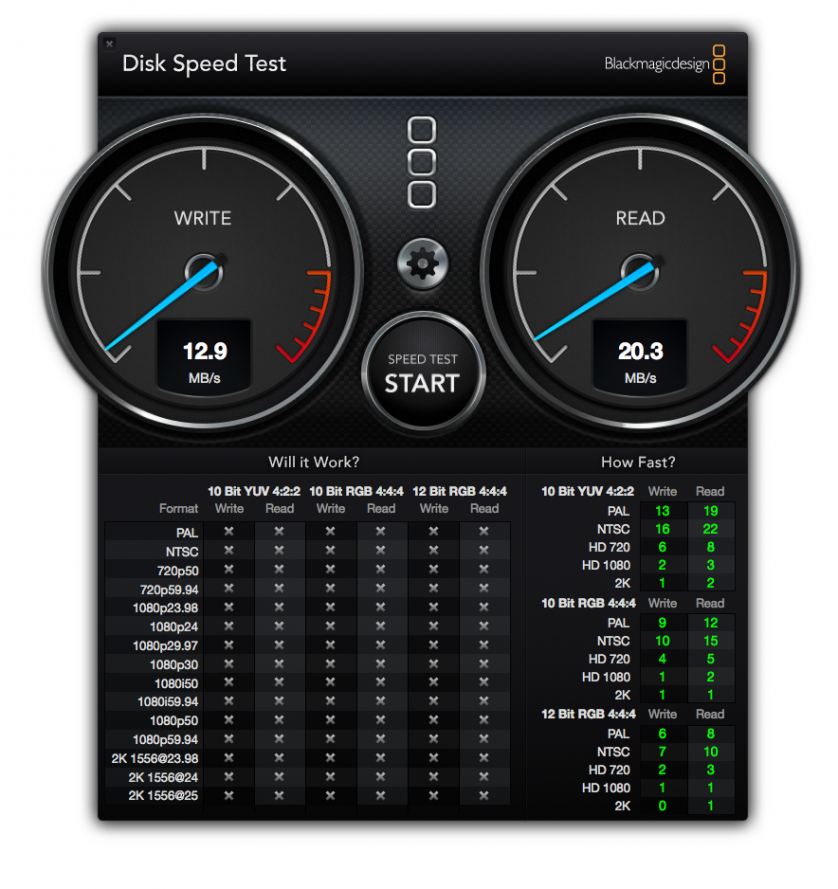 And now in the Lexar Hub: 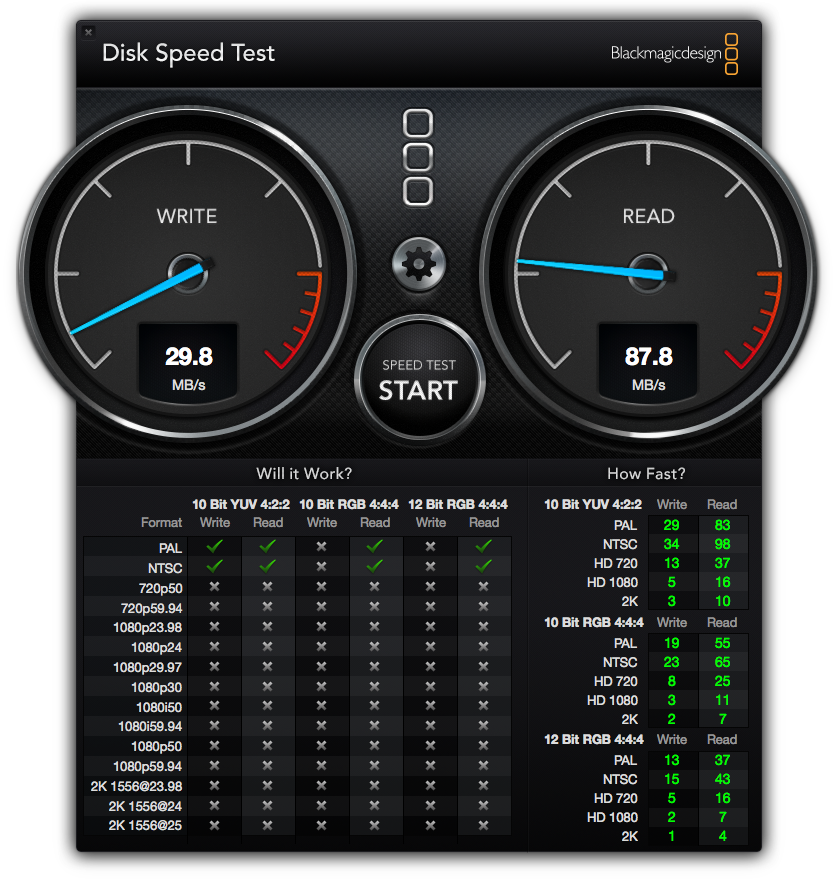 Finally, a Sandisk 128 GB microSD card (which I use in my GoPro) put into an SD card sleeve through my computer’s SD card slot: 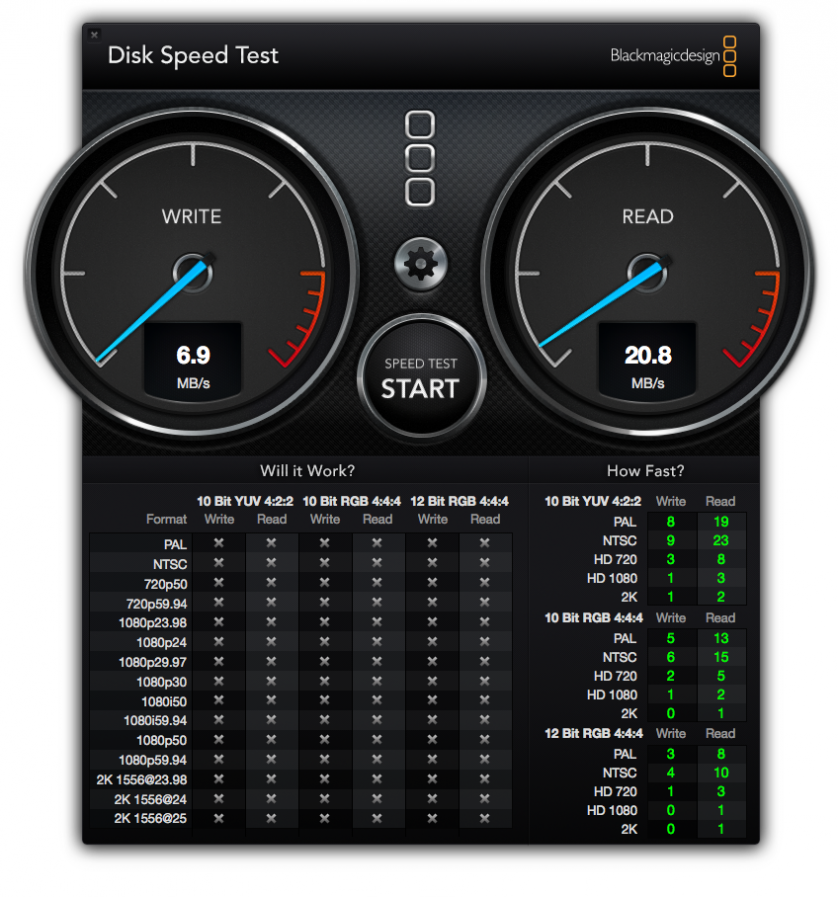 And finally through the Lexar Hub: 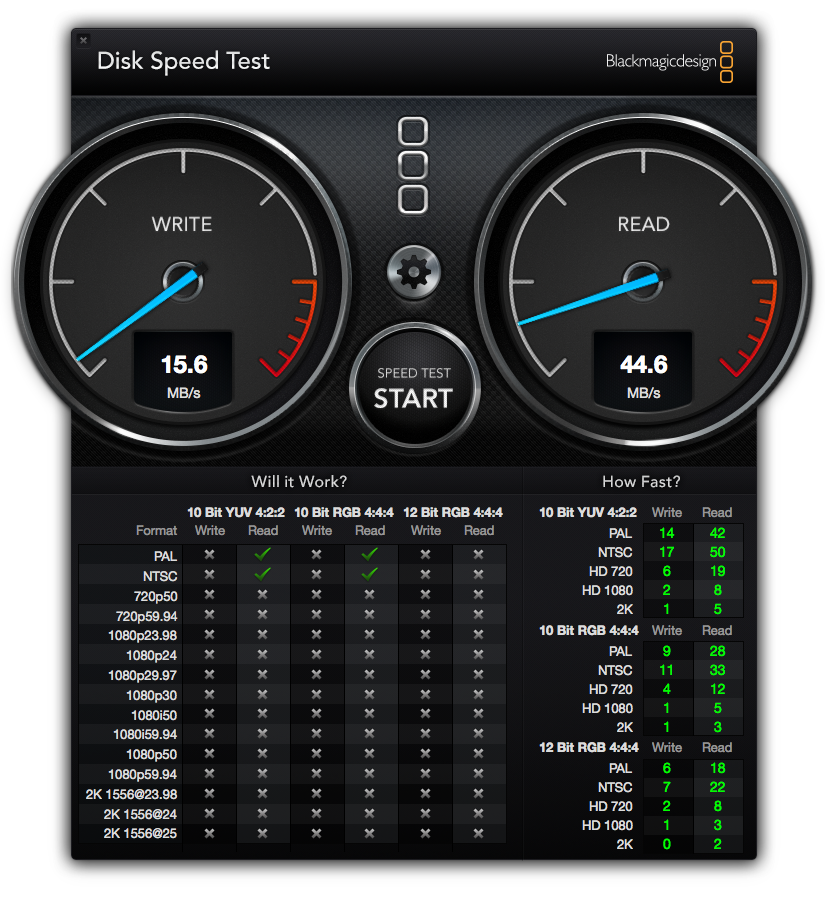 Though we of course are always limited by the max read/write speed of a card, it should be pretty clear that the only way to get the max speeds during offloading is to use something like a fast card reader or the Lexar Hub. The benefit to the Hub is its ability to run multiple cards at the same time with no loss to speed and those modules are completely flexible to whatever you need in your particular workflow.

Lexar also has SSD modules for backing up files, and though they aren’t the fastest SSDs available, they’re darn fast: 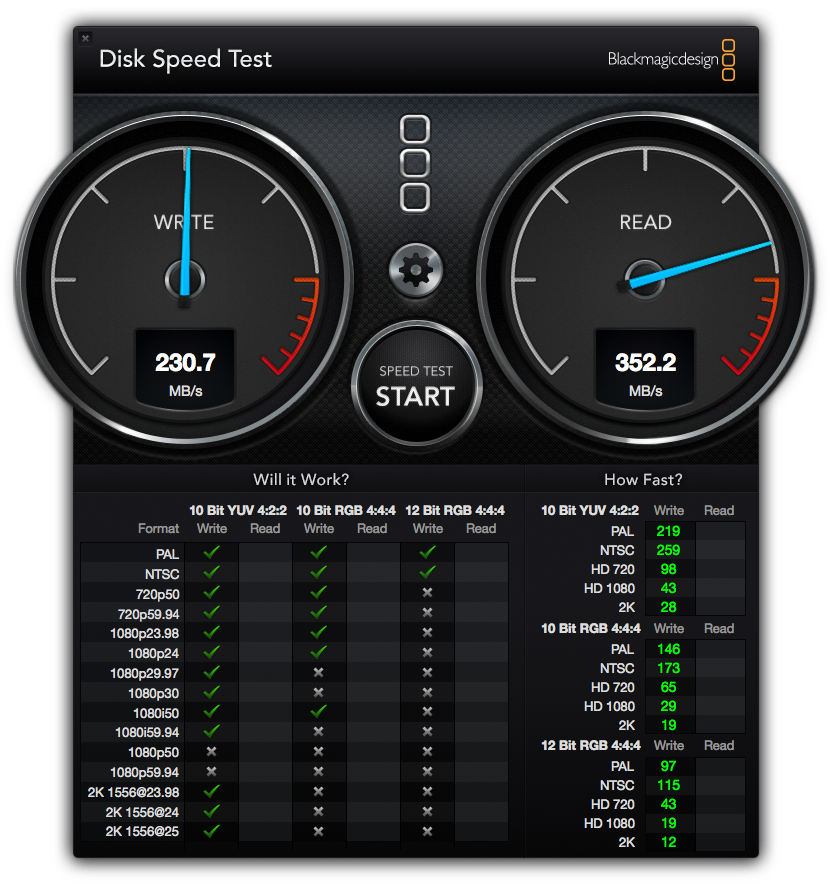 That’s plenty of speed if you’re planning on backing up files using the Hub. Though they claim 450MB/s read transfer speeds and 245MB/s write speeds, the reason I’m probably not seeing that is likely due to me using Thunderbolt 1. However, for what I use it for, it’s more than fast enough (backups and on-the-road data storage).

Here is the cool thing about the  modules: they are each usable on their own or with the Hub itself. The modules connect to the Hub via USB 3 and then transfer to their final locations using either USB 3 or Thunderbolt 2, whichever you decide (model comes with both options, but only offers daisy chain for Thunderbolt 2). So if you decide you want a specific card reader on the road, you can have just that card reader or just that SSD module. Or you can bring the whole hub. That’s a kind of versatility that makes the cost of investing in the Hub worth it. 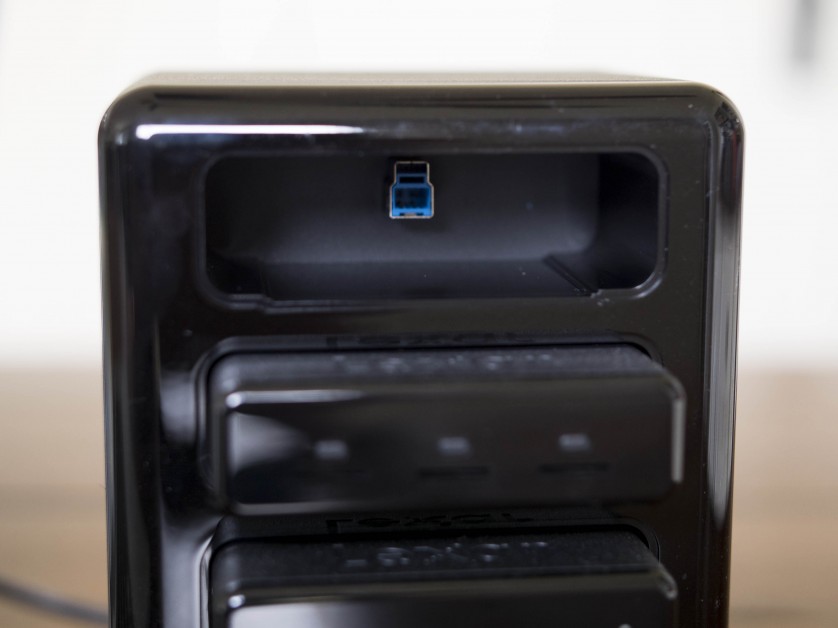 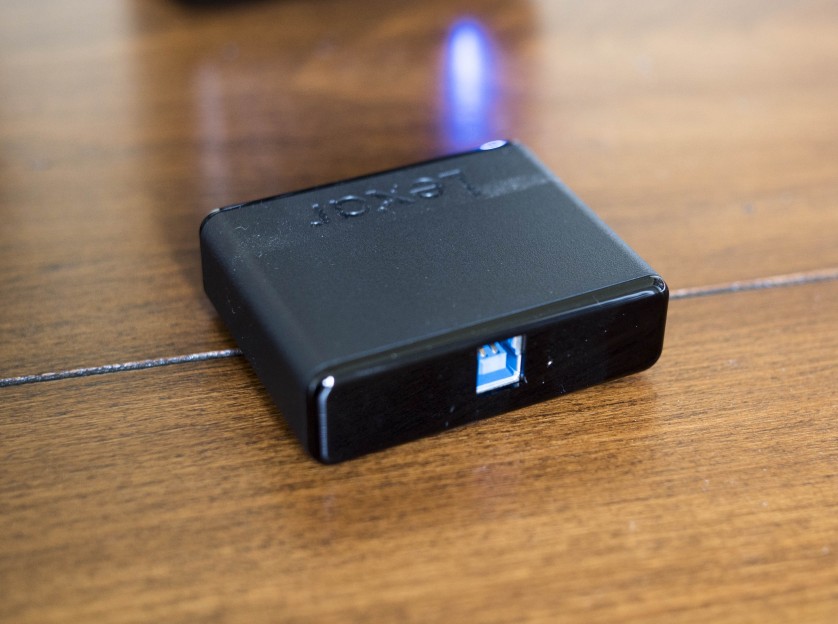 Speaking of investment, to get the Hub to where you specifically need it isn’t what I would call cheap; it’s definitely an investment. The Lexar Professional Workflow HR2 4-Bay Hub, empty of modules, is $200. Then you need to add the attachments you want:

That means in order to get to my perfect workflow partner, 3 SD readers and one microSD reader, I needed to drop about $350 on the system, a heck of a lot more than any card reading solution you typically find on the market. But the benefits are there:

If your workflow depends on speed, then there really isn’t much else you need to hear to be convinced. I personally love the amount of time I now save when I get back after shooting a project. Instead of waiting to look over footage, I can do so nearly immediately and start editing while the whole project is fresh in my mind. That to me is worth the one time payment of $350.

I have no problem paying a premium for years of faster workflow speeds. With the sheer number of times I offload a card in a one year period, the Hub saves me literally weeks of my life and allows me to work on projects faster and therefore deliver products quicker and keep my clients happier. I never thought I would need this kind of speed, but after going to the Hub, I can’t imagine going back.

We give the Lexar Professional Workflow HR2 Thunderbolt/USB3 Hub 5 out of 5 stars, a perfect score for a product that delivers on its promises with absolutely no compromises.