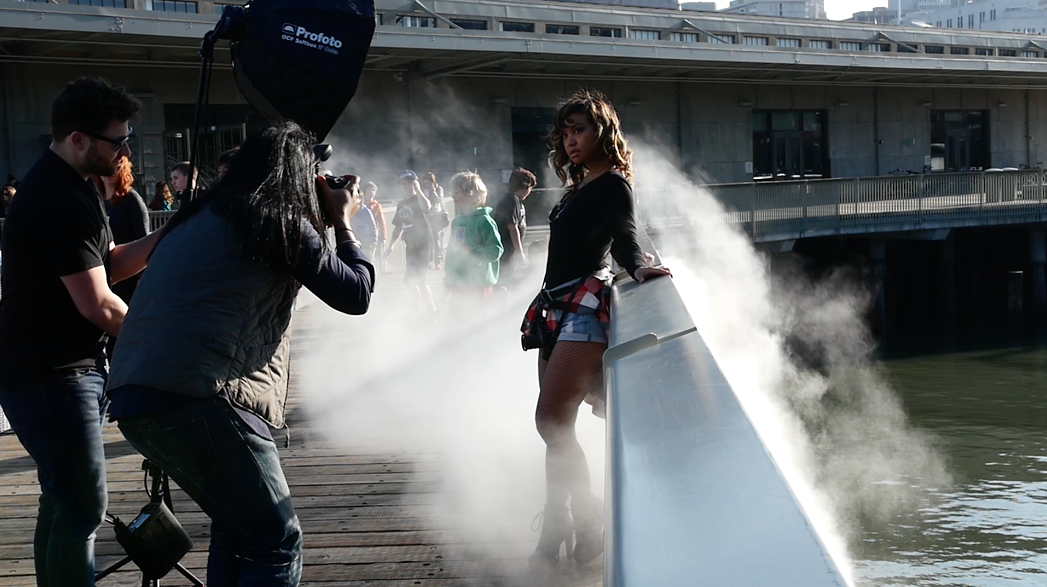 The Profoto B2 Review: Portability Maximized

The Profoto B1 might have been the best selling light for the company in their entire history, most certainly the best selling strobe in recent memory. But though the B1 freed photographers from the cord, it didn’t give them the true mobility that many were seeking. To answer that call, Profoto announced the 250 watt/second B2 battery off camera flash strobe, a light with at least four times more power than the top-of-the-line speedlight that still manages to maintain an incredibly small profile. It is the event and wedding photographer’s dream light, offering high speed sync, TTL and a studio-like feel with access to all the light modifiers that are currently available for the D1 and B1 systems… plus a few newcomers. 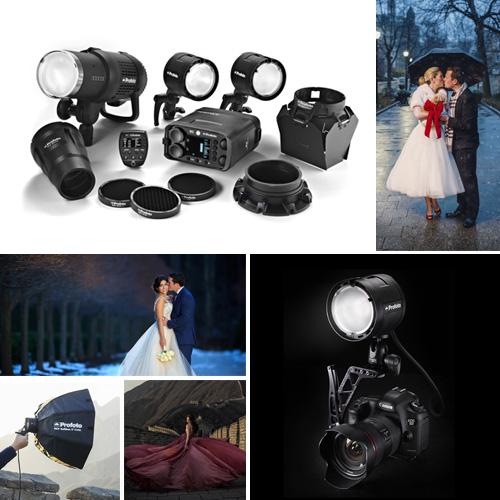 I’m not exaggerating when I say that the B2 is small: the head is smaller than most speedlights. The ballast/battery pack isn’t big either, coming in at about the same size as you might expect to find for any other battery pack on the market. That said, there are no current products on the market that mix a small battery pack with a small head like you find on the B2, perhaps with the exception of the Elinchrom Quadra Ranger (and the Ranger’s battery pack is obscenely heavy and the power levels are not as minutely controllable as you will find on the B2 system). 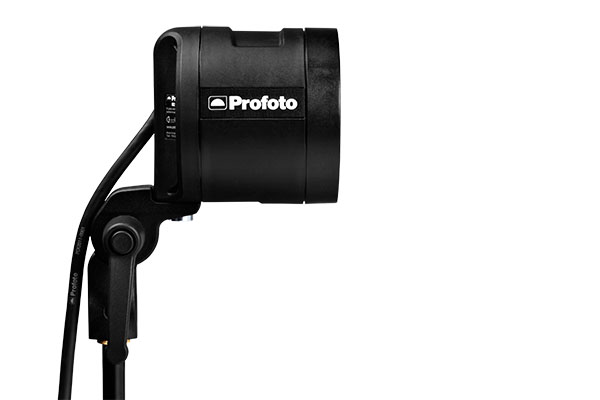 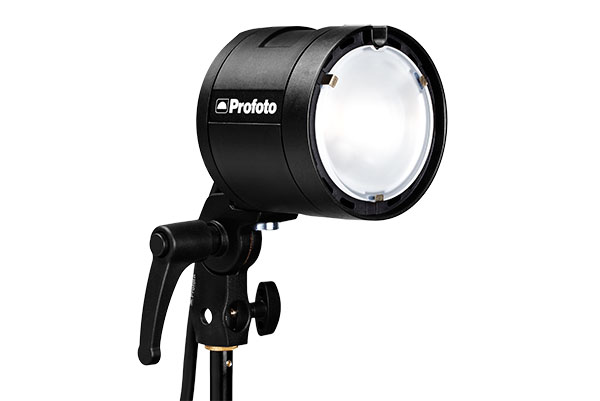 The build quality of the B2 and battery are what we have come to expect out of the B1 and D1: high-quality plastic with some glass and metal parts. The battery pack itself is housed in a neat and tough little pouch that comes with a shoulder strap and also has a belt loop. The power cable that runs from the battery to the heads is not removable from the heads themselves and is of a pleasantly tough rubbery material on the outside. I was not ever afraid of breaking the cable through normal wear and tear.

As stated, the build is plastic, which lends to good and bad perspectives. The positive: the B2 can remain very light weight. As light as a speedlight, meaning it can be held easily and maneuvered quickly. The negative: it’s not going to be able to withstand a lot of punishment. Maybe a drop or two, but don’t expect it to survive a long fall onto concrete.

Each battery is capable of pushing 250 watt/seconds total to one or two lights. If you plug a second light into the pack, those 250 watt/seconds are split in half. What is helpful in this regard is that if you have both heads plugged into one battery, the amount of power that you can dial up on the packs automatically limits itself. The pack is aware of how much power it is capable of pushing and it doesn’t say power level 10 to mean max per light, but max for the entire pack. 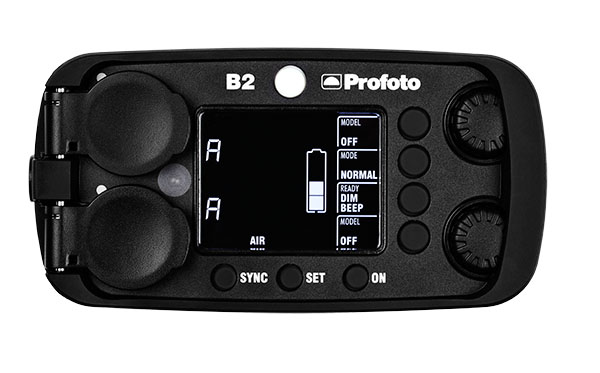 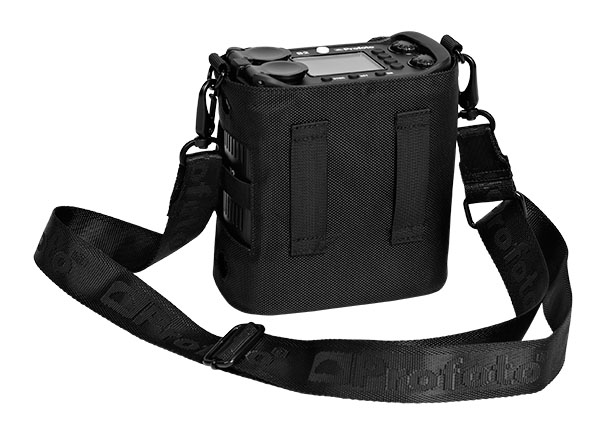 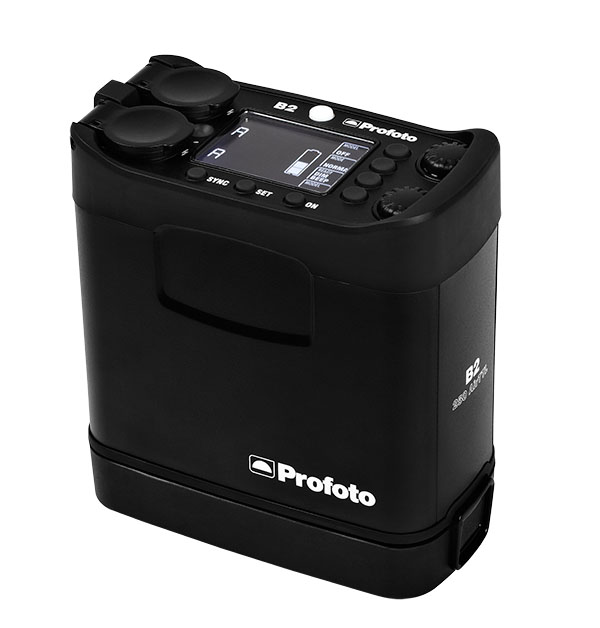 I would also like to mention that the pack and battery aren’t the molded together. The pack/ballast is on the top, and the bottom part of the pack is removable and is the battery. That means you can have one or two spare batteries on you when you are on location, in case the first battery dies.

One complaint about the battery: the meter that shows the charge level seems like it will only show full if the battery is truly full. After one pop, it’s not technically full anymore and the battery does show a bar missing. However, through our whole time testing the units we never saw the battery power dip below losing just one bar. It just takes some getting used to, as I don’t feel as though we as photographers are used to a wholly literal battery meter. When we shoot with our cameras, if it is on for more than a minute, the battery isn’t technically fully charged, but it will display as such for some time. It’s just a different philosophy on how power shows, I guess.

The same Nikon and Canon TTL Air Remotes (and the older non-TTL remotes) that work on the B1 and D1 are compatible with the B2. That means you get TTL and high speed sync, which is a huge plus for those photographers looking to ditch the speedlights and transition quickly to the more powerful B2 system. The remotes are very reliable, more so than I have found something like PocketWizard to be. I have no complaints about the wireless triggering system except that the remotes themselves do not actually display the real-time power level of any strobe you are commanding. That means you need to remember the starting power level for each strobe as you adjust them, because all you will see is +1.0 or -2.5 (for example) on the Air remote LCD. This is annoying, but not deal breaking and nothing unexpected for current B1 owners.

Each head’s power can be individually controlled from both the pack and the Air Remote.

As a side note, I found that though you can’t get TTL, the Air Remotes for Nikon/Canon can work with other systems such as the Pentax 645z. The Nikon remote specifically is the one that works with Pentax.

The recycle/refresh rate of these strobes is outstanding. The wait time is virtually nonexistent, even at maximum power with one or two heads. This means you can just shoot without having to worry about recycling. It just works. 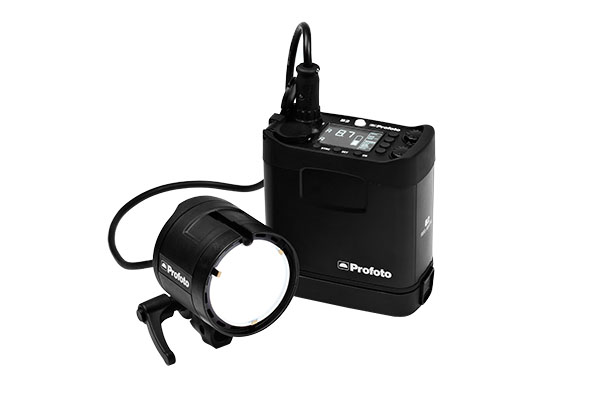 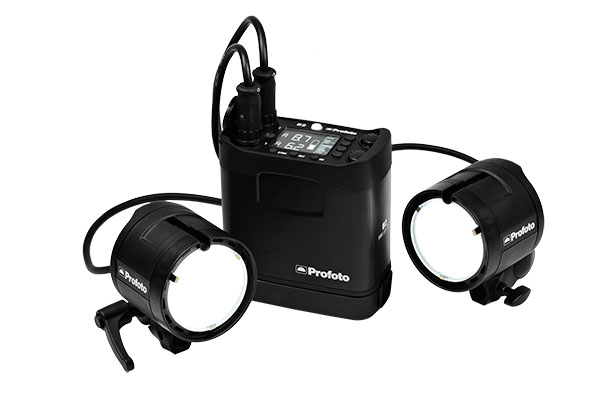 Another cool bonus with these lights is their modeling lamps: they are very bright LEDs. So bright, in fact, you could very easily light paint with them. Their throw is impressive, and using any number of B1 or D1 modifiers on the heads means you have a lot of options available to you. Unfortunately, the balance of the lights is tungsten instead of daylight. Maybe this isn’t unfortunate to you, as it really is a preference. Profoto went with tungsten so that they matched the modeling lights of both the B1 and D1 units. Another unfortunate aspect of the LEDs is that they are not variable with the power level of the light. It only has two settings: on and off.

For an example of what it was like shooting with these lights in both portraiture and architecture, please reference the above video. In summary? They were excellent. When we heard that the lights were only 250 watt/seconds, the first thought into our heads was “would they be powerful enough?” The thing is, yes. They are. For the situations that people would want to use these lights (such as events or weddings), generally speaking shooters like to be wide open for both the shallow depth of field and pleasing bokeh. If you are shooting an event and either complimenting the sun or shooting in the dark, the B2s are plenty powerful (depending on the situation, perhaps too powerful).

The B2s aren’t a studio light, and they aren’t meant to be. They’re a location variant that brings studio options into the open world. When you get a B2, you get it to compliment the B1 or D1 systems you might already have. With the B2, you’re sacrificing a bit of power for a whole lot more mobility.

We really couldn’t find a lot to not like when it came to the B2… except for the price. Here is a list of what to expect:

And the new modifiers available today with the B2 (they also work on the B1):

Looking at those prices, the B2 with one battery and one head is more expensive than a B1. Though we understand the complexities of the build here as well as the advantages of the B2 over a B1, we still find that pricing to be peculiar. We’re certain the B2 will sell well, as the primary complaint with the B1 was also price, but we still have to say it: the price seems high.

Here are some photos that we took using the B2 in San Francisco Bay Area. Portraits by Karaminder Ghuman, architecture images by Mike Kelley, with special thanks to BluHomes. To see our process, make sure to watch the video review. 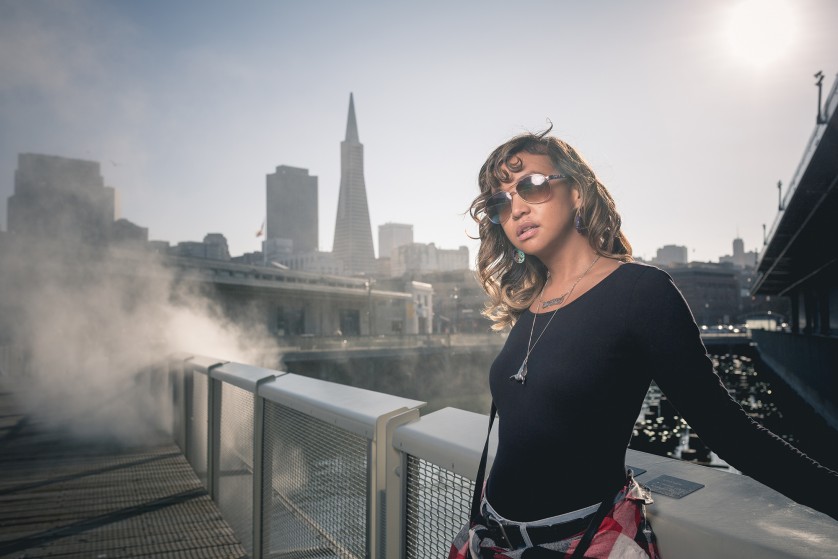 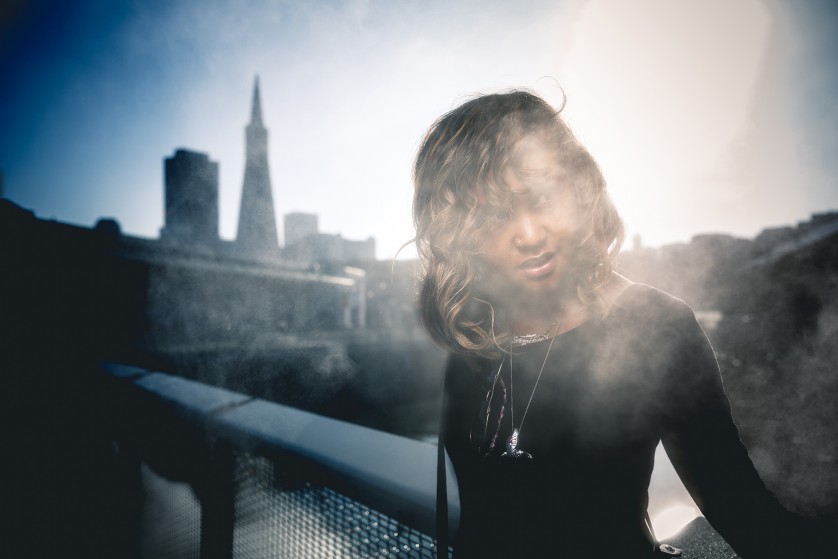 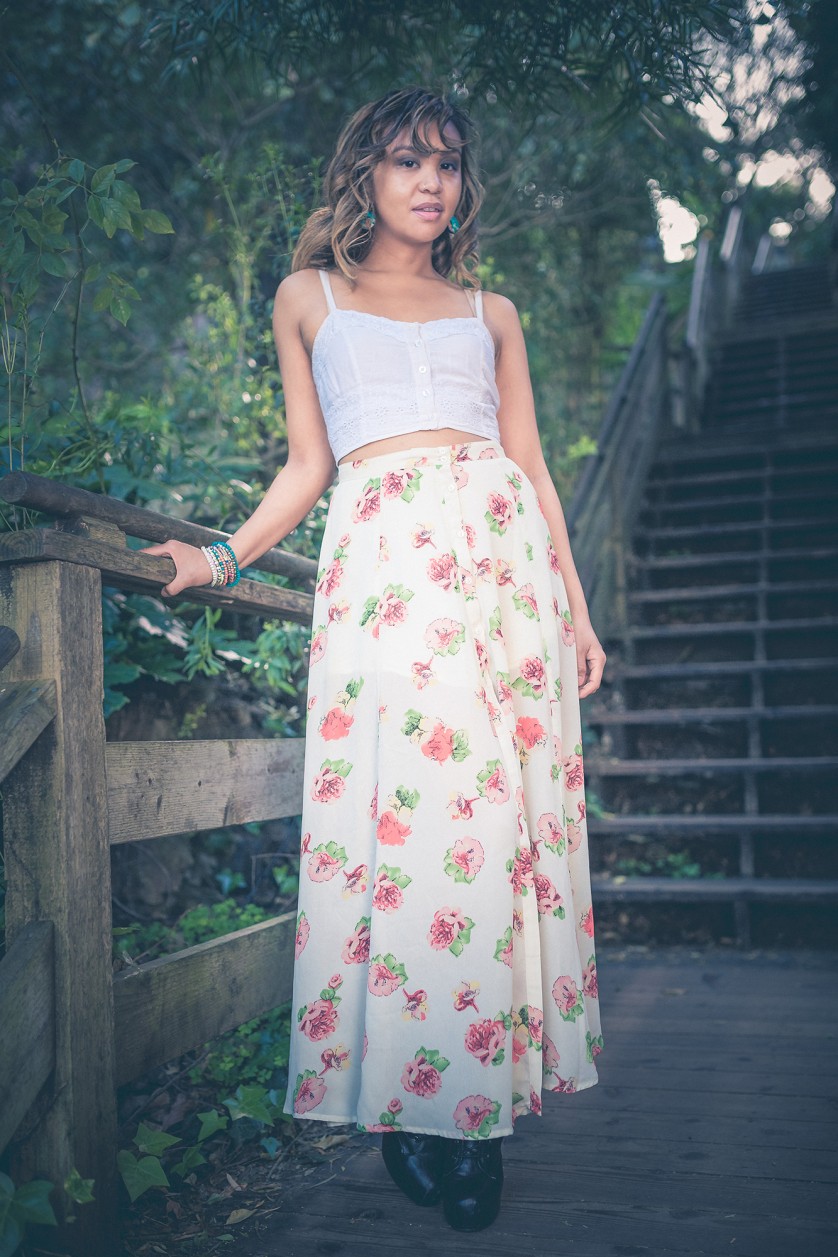 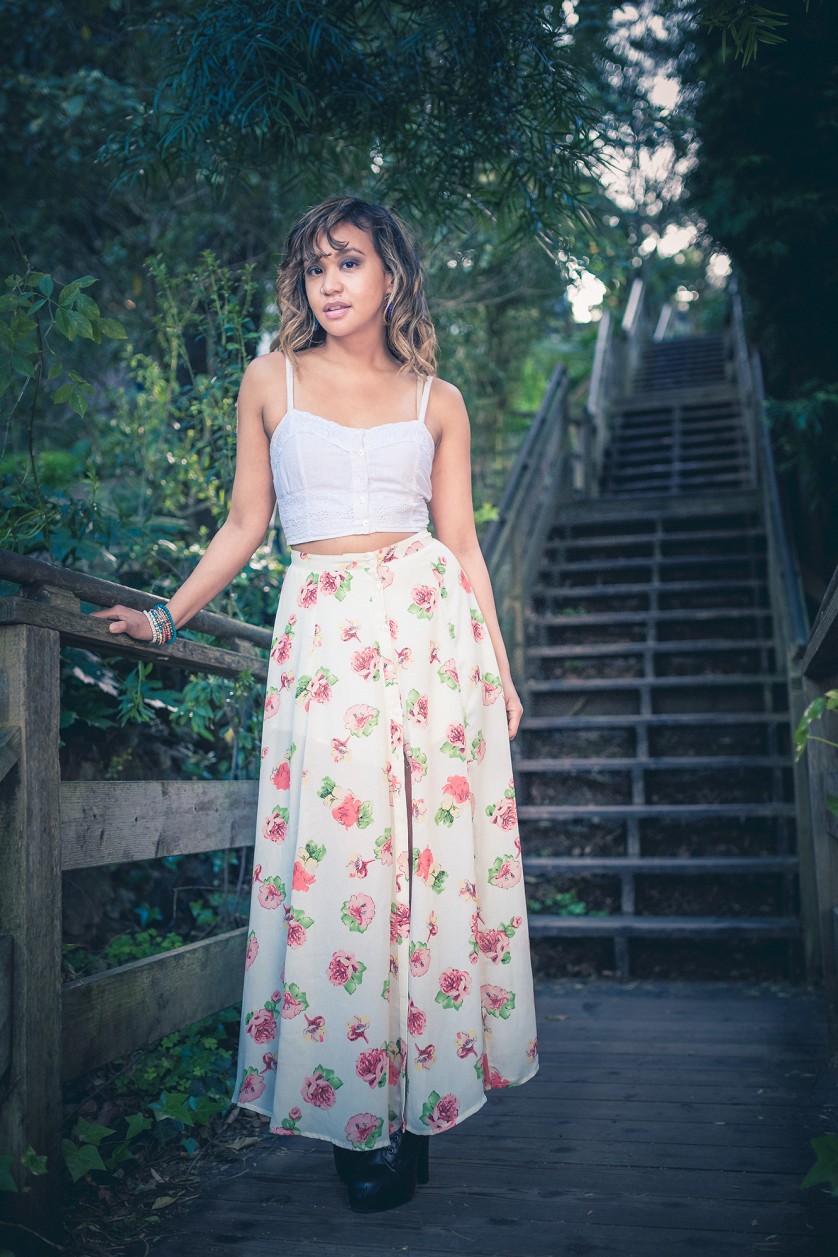 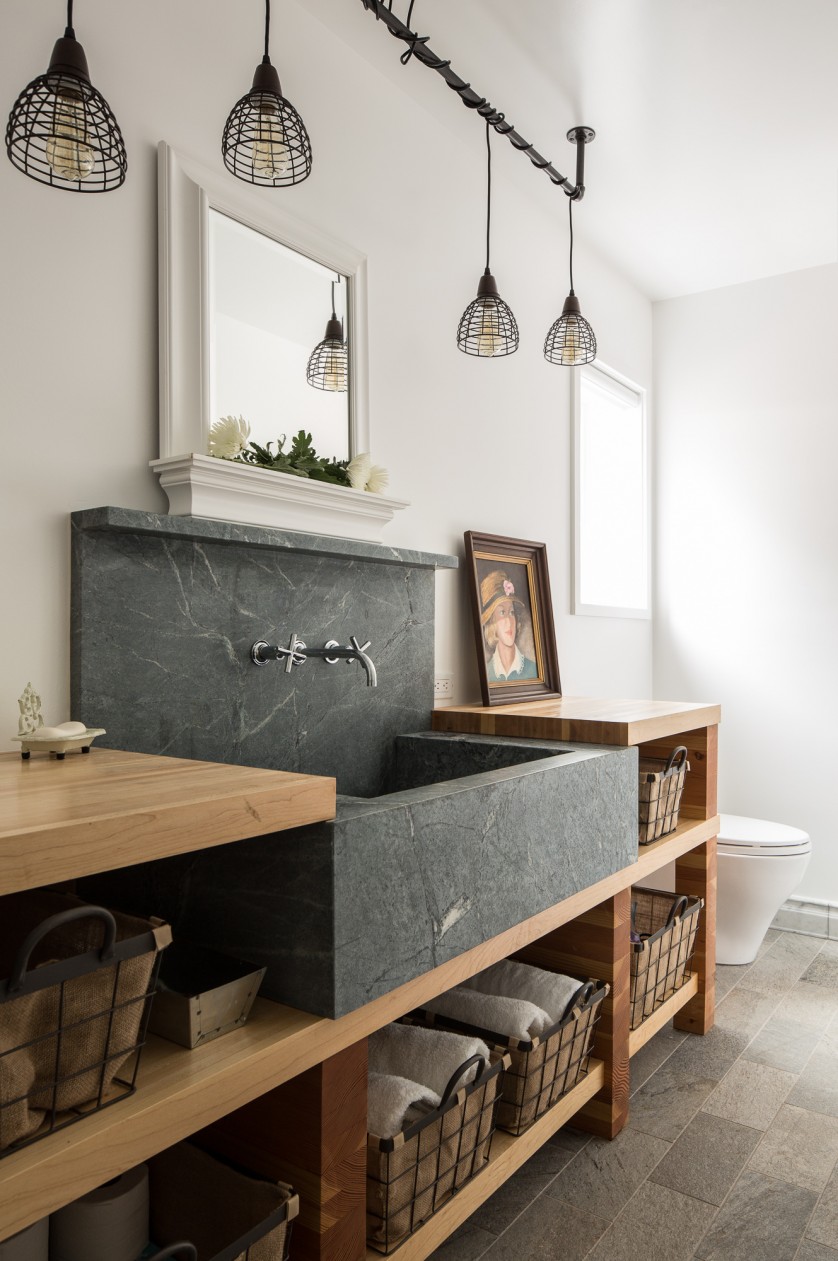 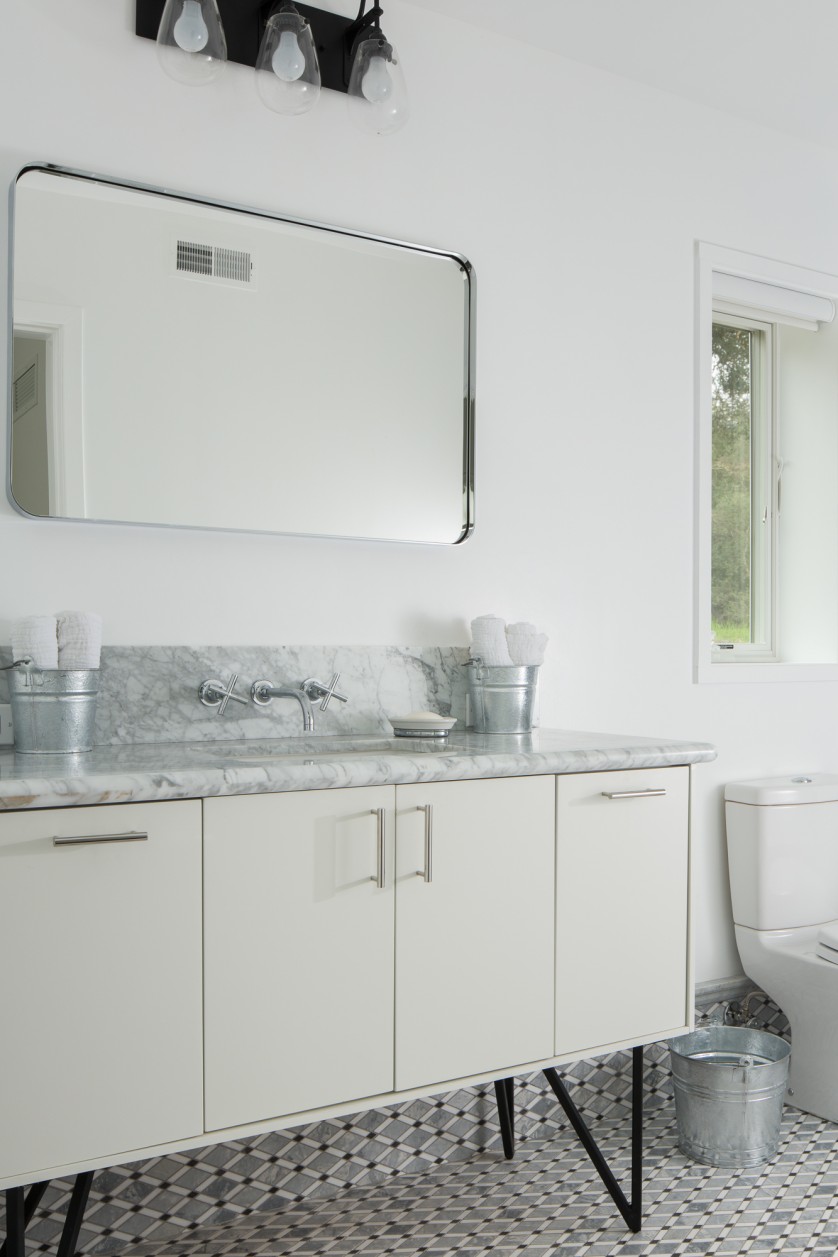 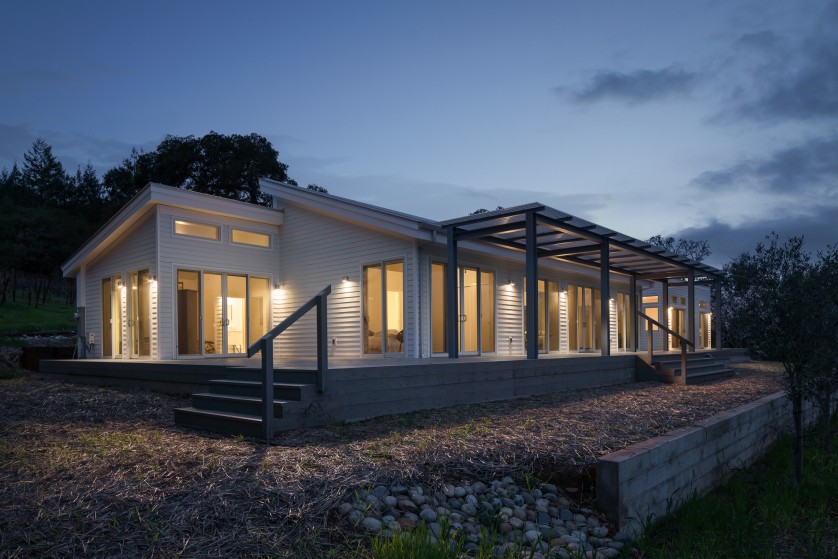 The B2 is part of what Profoto is calling the Off Camera Flash system along with the B1. Though they can work with each other seamlessly, users will probably find themselves using the two lights pretty distinctly and separately because of how mobile the B2 is. The B2 makes the B1 feel heavy and weighed down, kind of how we felt about the D1 once we saw the B1… and that’s a good thing!

So what is the final verdict? The B2 is a great event and wedding photographer’s lighting tool: excelling at exactly what it was built to accommodate. Though it’s probably the least powerful strobe Profoto has ever produced, it’s not particularly fair to judge that aspect of the product too harshly. 250 watt/seconds is considerably better than any speedlight on the market, the go-to products of the wedding and event industry. The B2 isn’t a studio strobe, and it’s not meant to be. In the situations where the B2 is best suited, it’s hard to find a better option in terms of power, reliability, size and weight. Where we think the B2 falters slightly is in its price point: it’s more expensive than it’s big brother the B1 at $2195 for one battery and one head.

The only thing keeping the B2 from a perfect score is that high price, which we would have been more forgiving on if they were even a cent lower than the B1. Seeing them having less power and yet a higher price, despite the fact power isn’t their primary benefit, still feels odd to us, and therefore barely keeps them from a perfect score.

We give the Profoto B2 Off Camera Flash System a high 4 out of 5 stars (think of it like a 4.8) for incredible performance packed inside of a tiny, lightweight package.