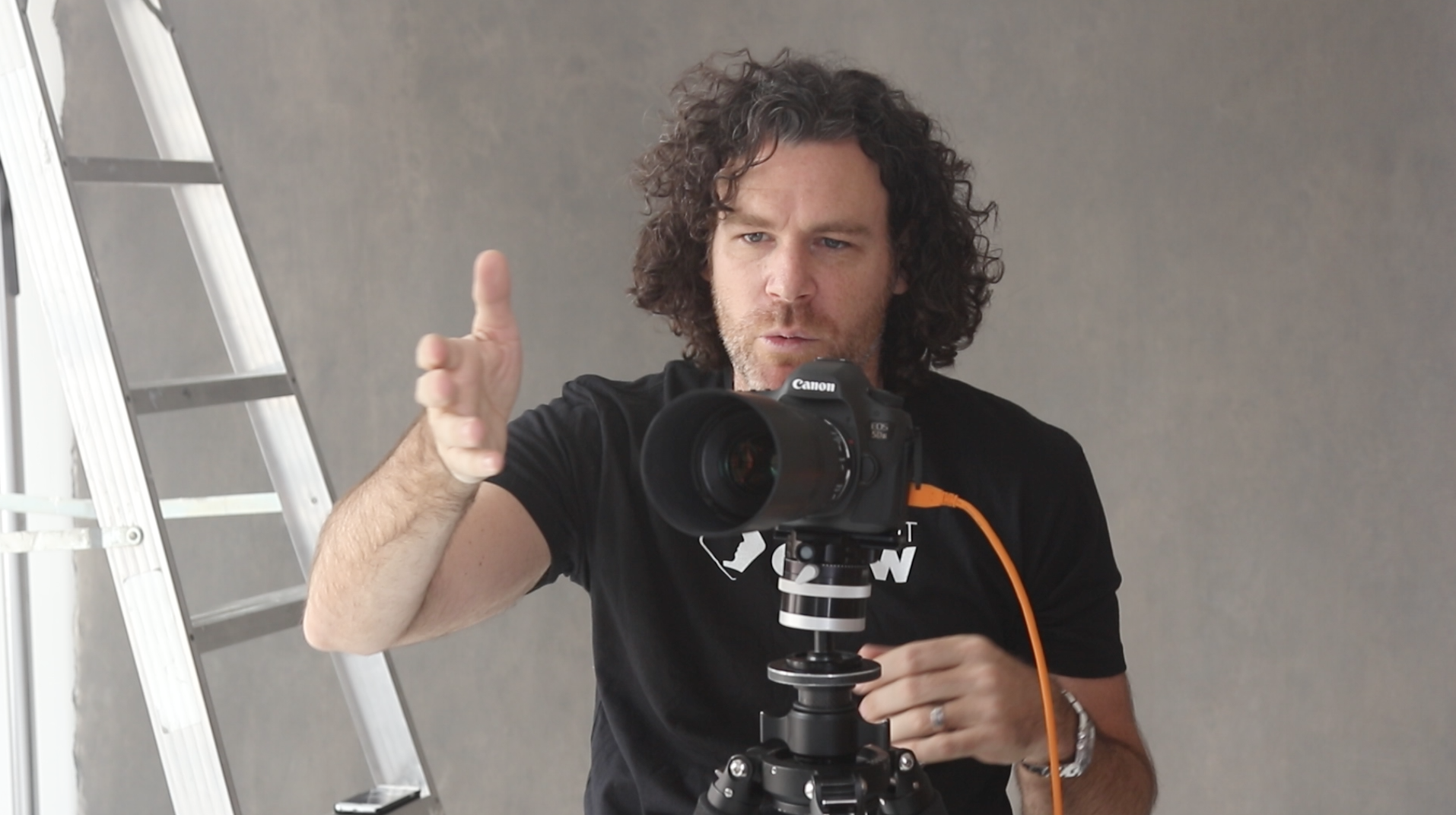 There are only two total Canon 5DS cameras in the United States right now (along with two 5DSRs), and last week Peter Hurley had one of them in his hands and was gracious enough to invite us over to his studio for his review of the highly anticipated 50 megapixel camera. Peter put the camera through its paces for two headshot sessions and gave us his impressions of what might be his new go-to camera.

“For those of you who don’t know me, my name is Peter Hurley, a photographer here in New York City. I picked up a camera in early 2000 and started taking headshots.

“If you’ve shot Canon before, you’ve not going to feel any different with this camera. It’s exactly the same. It’s like a piece of cake! Except when you look at the image you get this massive file, which is awesome. I’m used to big files because I’m a medium format shooter, for me it’s a no brainer. You guys might have to beef up your cards or your externals, but that’s about it. You’ve got the same body as the 5D Mark III. I can actually throw this and two other bodies in a bag along with a set of lenses and it’s a lot less to carry around than when I shoot with medium format. I get that and I get all the megapixels I want, and I like that. I just like looking at as much density in an image as I can get.

“Canon isn’t going to change that this is a still camera. You can shoot video with it but it isn’t really a video camera.

“So you know me, I shoot in the studio all the time. This is not a low light camera. Up to ISO 800 the files are slammin’ but you start to notice some noise at 1600 though that still looks pretty good. Actually, the file at 1600 looks pretty amazing. At 3200 ISO there is a little bit of noticeable noise in the blacks, but that’s about it. I could print this 8×10 clean, no problem. No issue whatsoever.

“At 6400 ISO, there is a lot of noise. This is where I get a much more noticeable noise. If you’re used to shooting in low light and you want these higher ISOs, this probably isn’t going to be the camera for you. So you’re going to go back to the 5D Mark III or something like that.

“So in terms of the quality of the files, the things are sharp as a tack. I zoom in and I see every pore in the skin and they’re amazing. I’m really happy with them. I have only shot the 5DS, I have never shot the 5DSR. For me, I would stick with the 5DS. I shoot a lot of fashion stuff, and there is going to be  moire that is going to come up. For me, I don’t want to mess with the 5DSR. The 5DS is phenomenal in the sharpness it gives me, so I’m happy there. If you’re on the fence between the two, I wouldn’t flinch on getting the 5DS, especially if you’re shooting things that might moire.

At this time, we were not permitted to upload the files themselves for you guys to see here, unfortunately. To get Peter’s full review of the Canon 5DS and see those sample images, make sure you watch the video above.

Also, since this was a guest review, we won’t be giving our full “pros and cons” list or a star rating at this time. For more on the 5DS, head over to Canon USA or visit the product page here.

Join the Headshot Crew and get lessons from Peter Hurley to take your portrait game to the next level!

Thanks to Canon for loaning us the 5DS for this video. Thanks to Peter for working with us!