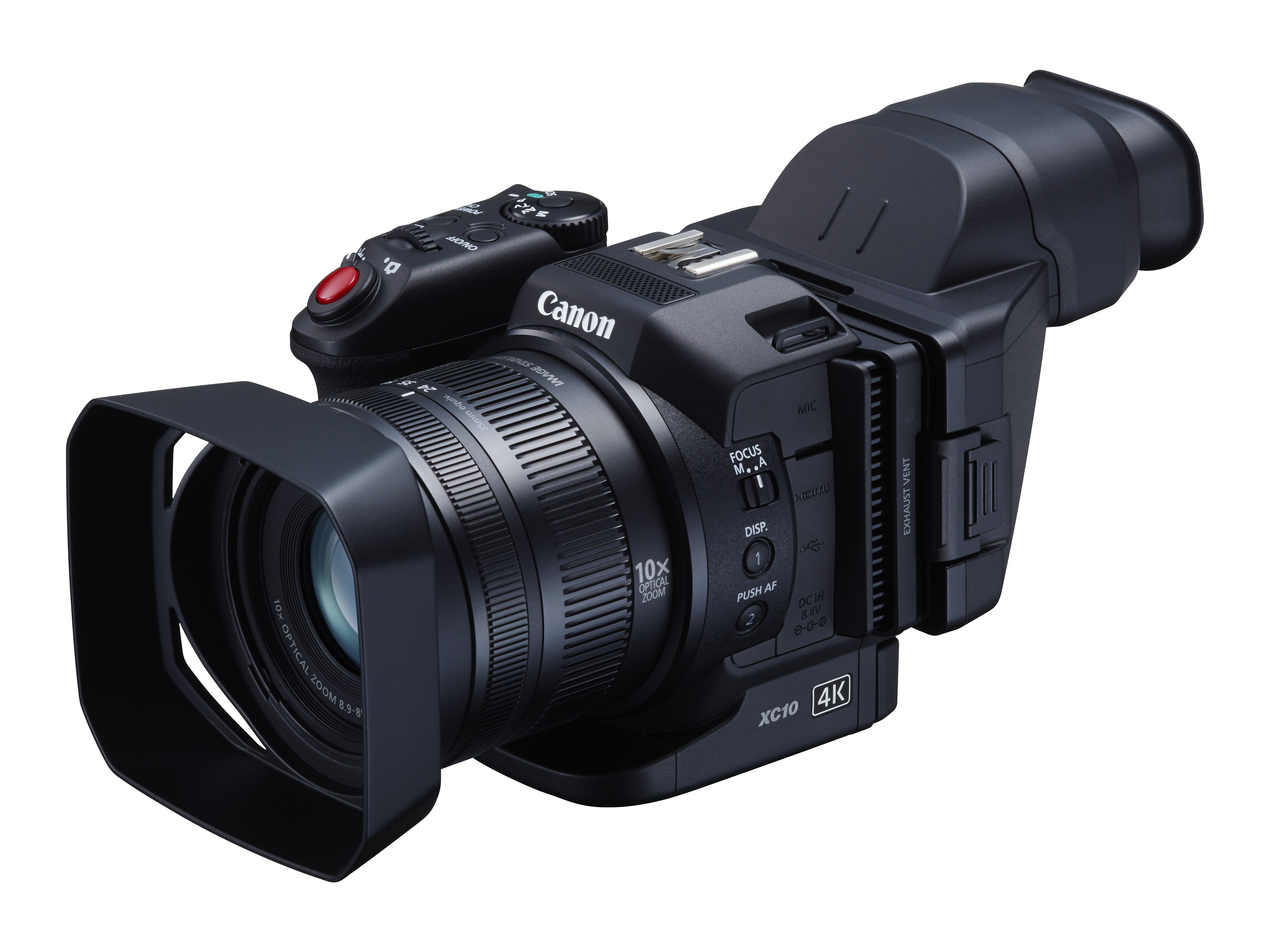 Along with their announcement of the very high-end C300 Mark II, Canon also announced a much more price-friendly 4K option: the XC10, which will be available in June of 2015 for $2,499 (and comes with a SanDisk 64GB CFast card and card reader). The XC10 is a compact and lightweight fixed lens camera/camcorder hybrid that will shoot in both 4K and Full HD video as well as capture 12-megapixel still images. The camcorder also has a built-in function to extract eight megapixel still images from recorded 4K video. In addition to the camcorder’s 4K and Full HD video capture capabilities, the XC10 camcorder includes a one-inch 12-megapixel CMOS sensor, with a 10x Wide-Angle Zoom Lens with a 2x Digital Teleconverter and Optical Image Stabilization which should allow for steady video and image shooting, within reasonable shake. Canon is aiming this camcorder at a wide range of possible customers, from creative individuals and professionals who are interested in cost effective 4K video production, as well as multimedia journalists and news agencies looking to easily expand into 4K Electronic News Gathering (ENG) coverage.

Canon also believes that the camera, due to its light weight and size, would be a good fit for drone photographers. It measures less than five inches in every dimension (approx. 4.9 x 4.0 x 4.8 inches, WxHxD) and weighs just 2.3 pounds fully loaded with an LP-E6 battery pack and two memory cards. 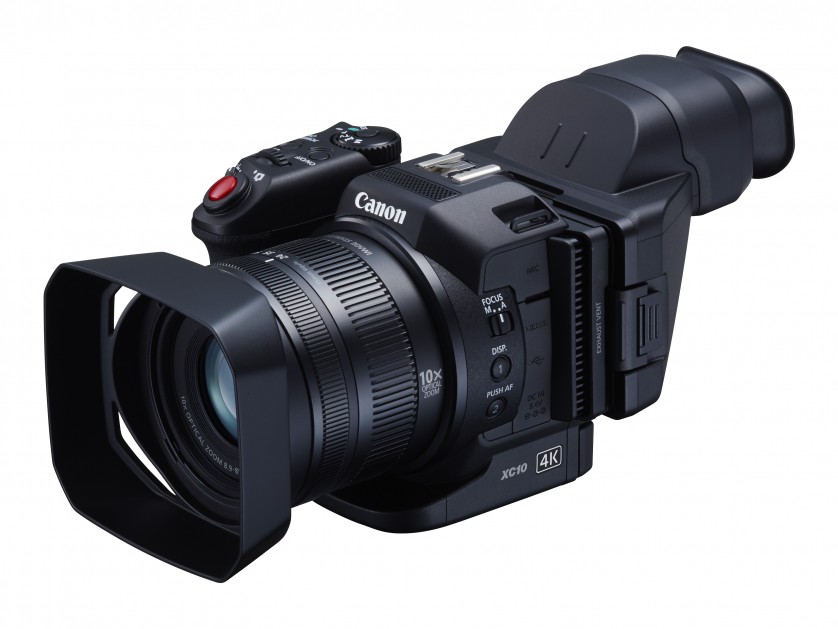 The XC10 Digital Camcorder’s 12-Megapixel Canon CMOS sensor delivers up to 12 stops of dynamic range in both video and still photos. The camcorder’s fixed 10x wide-angle zoom lens offers a 35mm-equivalent zoom ratio of 24.1-241mm for still photos and 27.3-273mm for movies while remaining compact as a result of the use of two UD lens elements, two Hi-UD lens elements, and a three surface, two-piece aspherical lens.

The XC10 uses the Canon DIGIC DV5 signal processor to support in-camera 4K video acquisition and 5-axis image stabilization (unfortunately this is only available when shooting in 1080). The XC10 offers slow- and fast-motion recording, multiple picture settings with a variety of looks, and interval shooting for time-lapse still photography. It can record in what is known as “broadcast 4K) H.264 4:2:2/8-bit MXF 4K (UHD) 3840 x 2160 movies to an internal CFast card or Full HD 1920 x 1080 video to an SD card at multiple frame rates up to a maximum of 305Mbps/29.97P in 4K and 50Mbps/59.94P. The XC10 also offers 12-stop dynamic range Canon Log recording and 4K 30p movie playback via its HDMI 1.4 output port to further support many different workflow options. 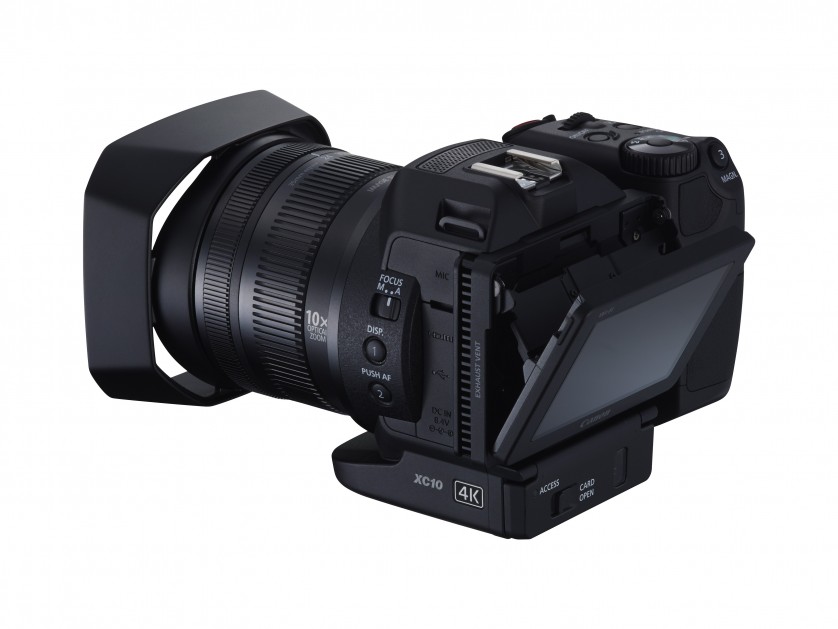 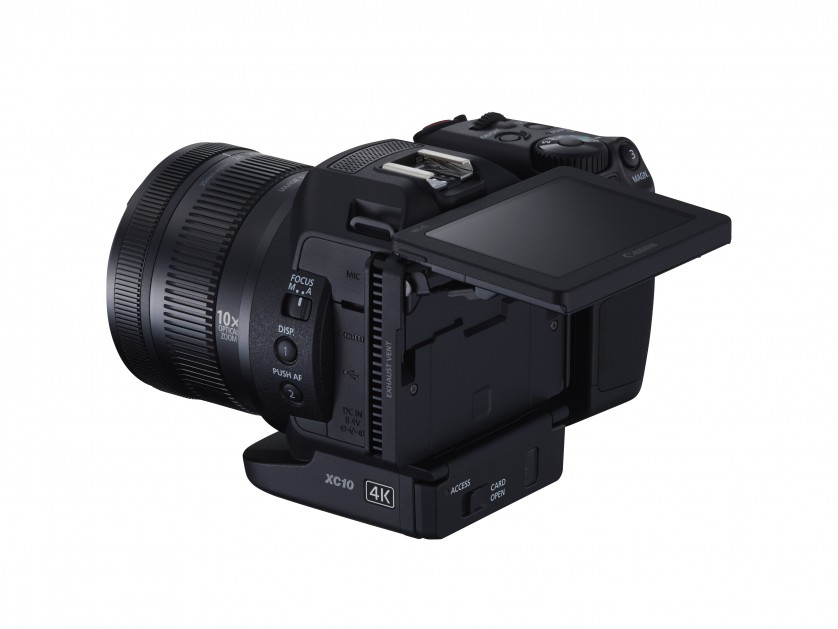 The XC10 camcorder has dedicated microphone and headphone jacks along with a built-in microphone for professional sound monitoring. A Vari-Angle LCD monitor featuring a capacitive touch-panel for simple intuitive control is paired with a rotating hand grip to maximize users’ ability to shoot both movies and still images from virtually any angle. The XC10 camcorder also incorporates built-in dual-band 5GHz and 2.4 GHz wireless networks to provide remote camcorder operability through a web browser, a compatible smartphone or a tablet. The wireless function also provides browser previewing of recorded images without the need to remove media from the camcorder. 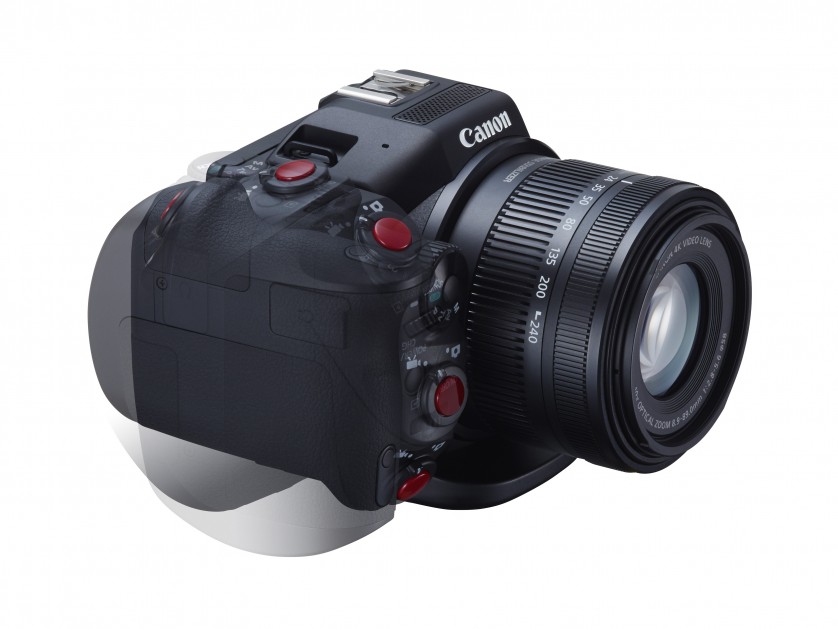 The XC10 camcorder’s still-photography features include up to 3.8 frames-per-second performance, support for multiple aspect ratios, and compatibility with EOS system accessories such as the popular Battery Pack LP-E6N, Speedlite flash units, Canon GPS receivers, and remote controllers. The new camcorder features a built-in ND filter, and ISO speeds can be set from 160 to 20,000 for exceptional flexibility in a wide range of lighting conditions. Optional Canon accessories include a Direct Viewfinder for eye-level shooting in bright conditions. 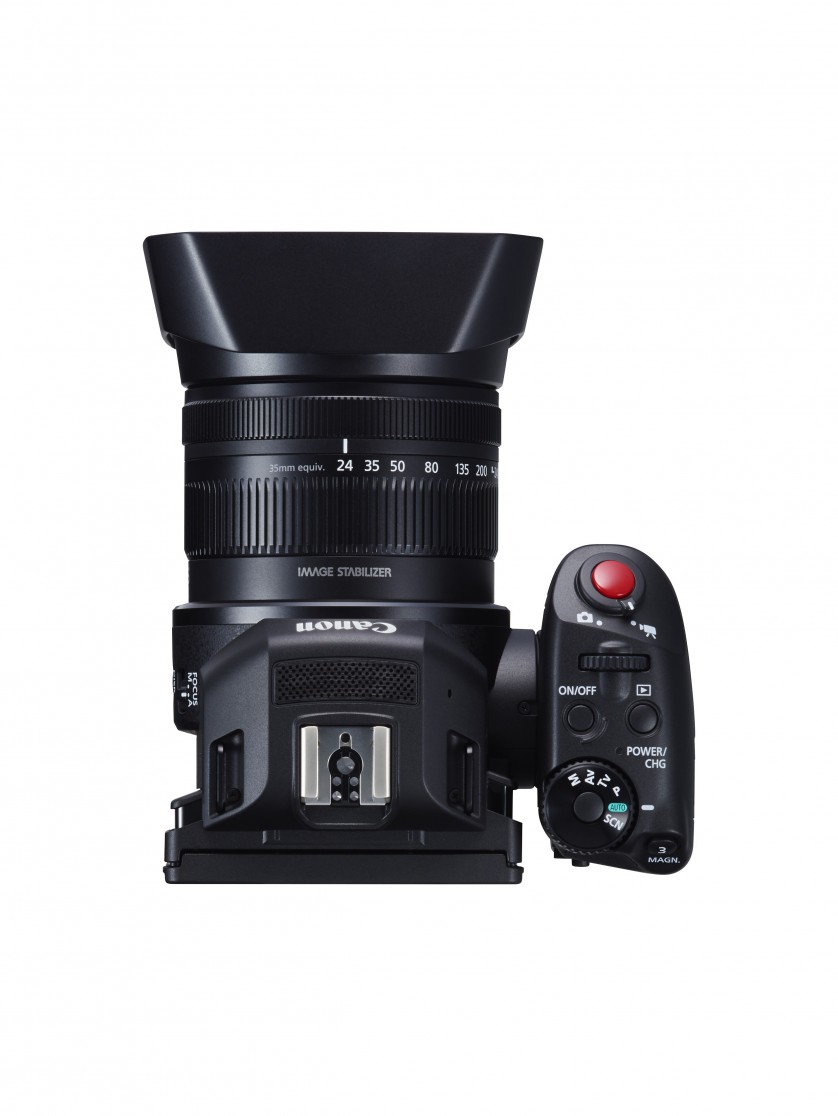 As mentioned, the Canon XC10 4K Digital Camcorder is scheduled to be available in June 2015 for an estimated retail price of $2,499.00 with SanDisk 64GB CFast 2.0 card and card reader. What do you think? How does it compete with similar options on the market? Let us know in the comments below.