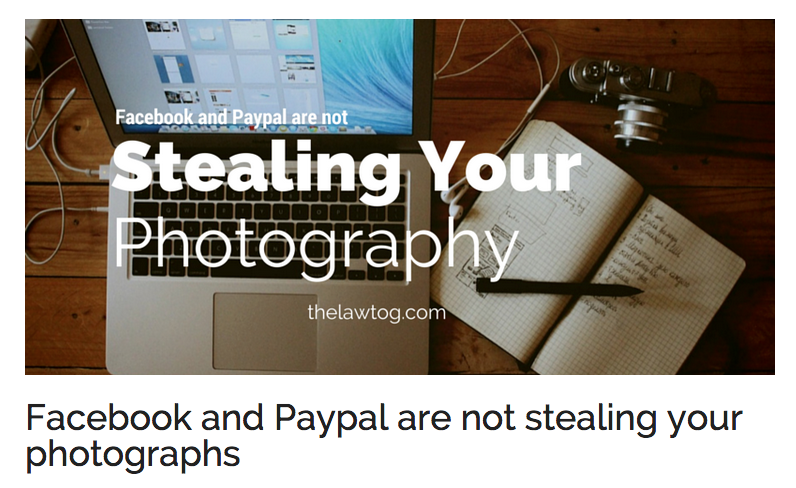 The Sky Isn’t Falling, and Facebook Doesn’t Own Your Photos

Yesterday, thanks to a disconcerting blog post by stopstealingphotos.com, the subsequent viral spread of what was found therein, and apparently a Facebook representative who didn’t know what the heck she was talking about, the photo world basically imploded in anger against what appeared to be validation that Facebook 1) doesn’t care about you and 2) owns your photos the second they are uploaded to the Facebook system.

This basically all started when the editor of stopstealingphotos asked why her account kept getting banned, and how she was supposed to hold photo thieves accountable:

I replied with “So, you are saying that any image I upload to Facebook is now Facebook’s property and anyone can steal it and so long as they are using Facebook they can do whatever they want with my copyrighted works?”

Mandy replied with the below email with a link to the Facebook policies and highlighted sections she believes were supporting her email but, in my opinion, these highlighted passages contradict her earlier statement that anything posted to Facebook is Facebook’s property. 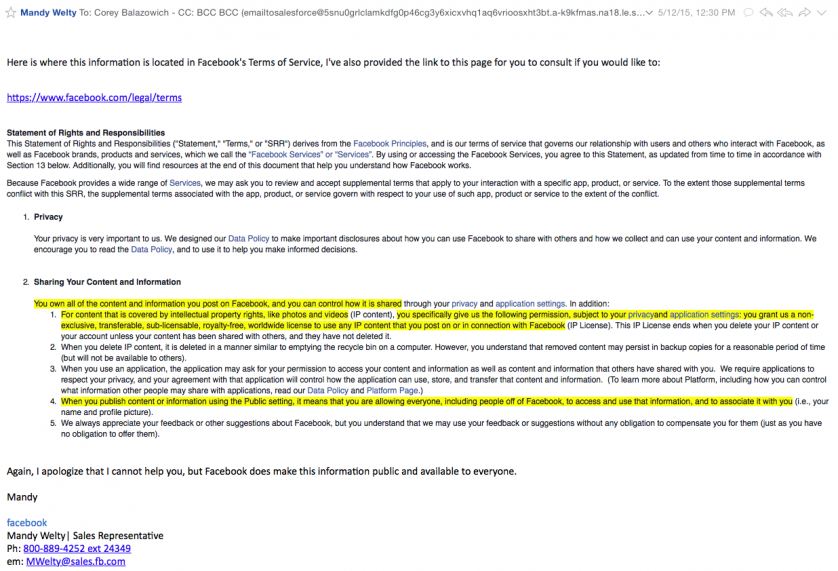 Ok, if this were true, that would be bad. But I think instead, what we are dealing with here is just a misinformed Sales Representative, and a reasonably angry blogger. Luckily today, thelawtog has straightened things out, and you shouldn’t worry about Facebook stealing your images:

Despite fear-inducing screenshots of a misinformed Facebook employee in posts on PetaPixel and StopStealingPhotos.com, Facebook doesn’t own your intellectual property either. In fact, this idea isn’t new to the users of Facebook as I have repeatedly blogged about their changes and bogus Facebook status updates claiming your photographs as your own for the last few years.

In fact, Facebook has been the subject of such much past speculation and outrage (rightfully so if it were to be true!) in the past that they now have explicitly stated in their Terms that you (the IP owner) retain ownership of your property.

That sounds about right. Also, stopstealingphotos received a response to their concerns, and another Facebook rep basically reiterated the above:

Matt here from Facebook. Sorry for the inconvenience you’ve had. First, we restored the content that was removed from your page in error.

We also prohibit people from posting content that violates someone else’s intellectual property rights. If a rights owner believes that content on Facebook violates their rights, they may report it to us. You can find more information about this topic here:https://www.facebook.com/help/249141925204375

So chillax photo world, Facebook may be an giant, powerful faceless company, but they really aren’t going to steal your photos. At least not yet.