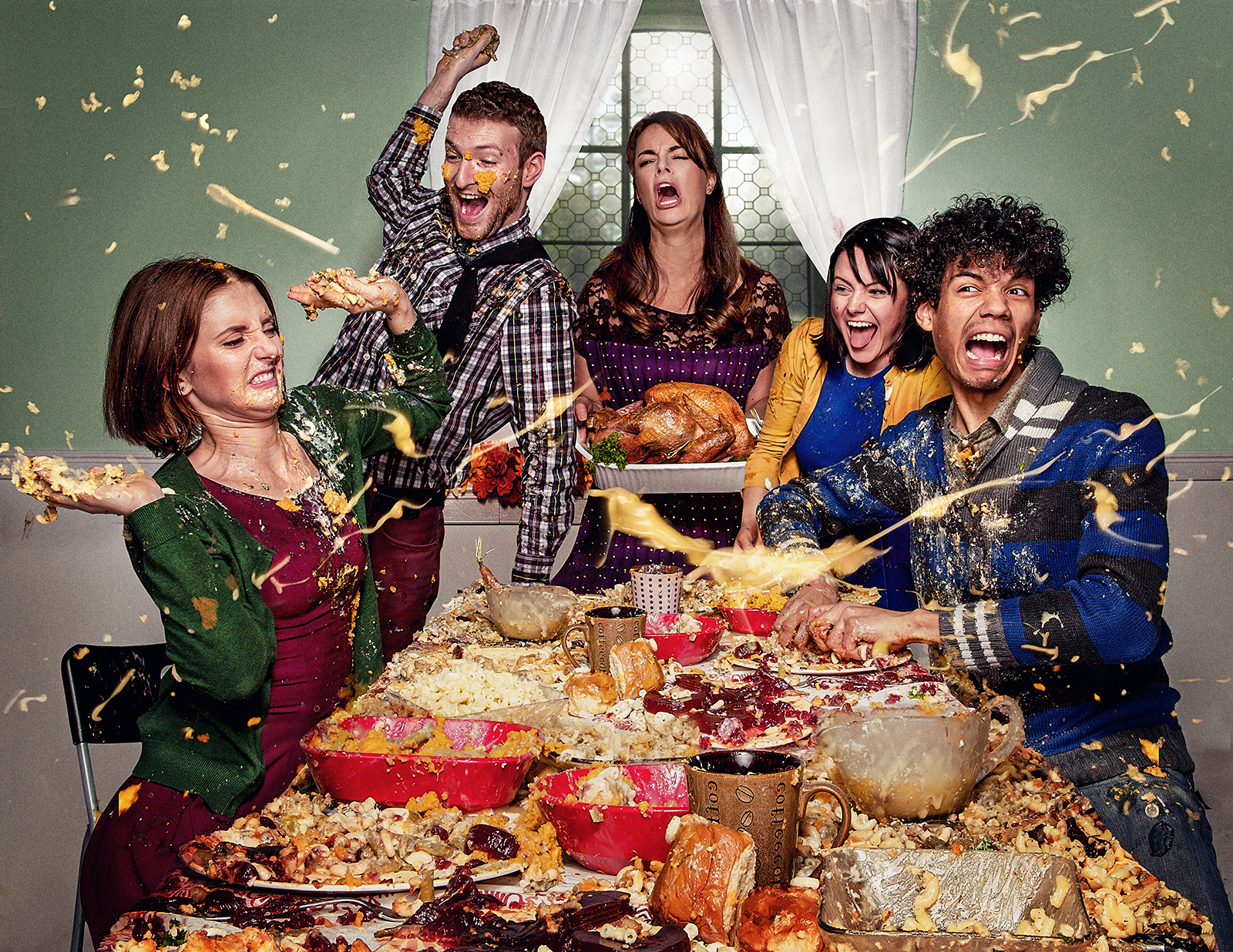 What Happens When You Cross a Photographer with a Funnyman?

What do you get when you cross a photo school graduate with a funnyman? We didn’t know either, so we asked Timothy Bailey, a New York-based commercial photographer who has built a career by blending technical chops with humor since graduating from Art Center College of Design in 2008. While still a student, Bailey got a jump on professional networking and creative concepting by seeking out advertising students to collaborate with on full-fledged campaigns. He talked with us about becoming a pro, making funny pictures and developing a niche.

Where did you go to school?

I went to Art Center College of Design and ended up working a lot with the advertising department students there. That was kind of how I broke in, just making those connections early on and helping them with their projects. I realized I was making better work with them. It taught me a lot about concepting and conceptualizing a narrative for the photo and really planning the shoot, instead of just going out and taking a portrait or having a basic idea.

So how did you make the transition from student to professional?

Straight out of school, the first promo I ever sent was one of the projects I did with the advertising students of an animal head on a human’s body. Two days later, I got a call from an ad agency called Periscope in Minnesota. They were like, “This is amazing! This is exactly what we’re trying to do for our client Arctic Cat.” They asked me to bid and I ended up getting the job. I just kind of got thrown in and have been figuring it out as I go. 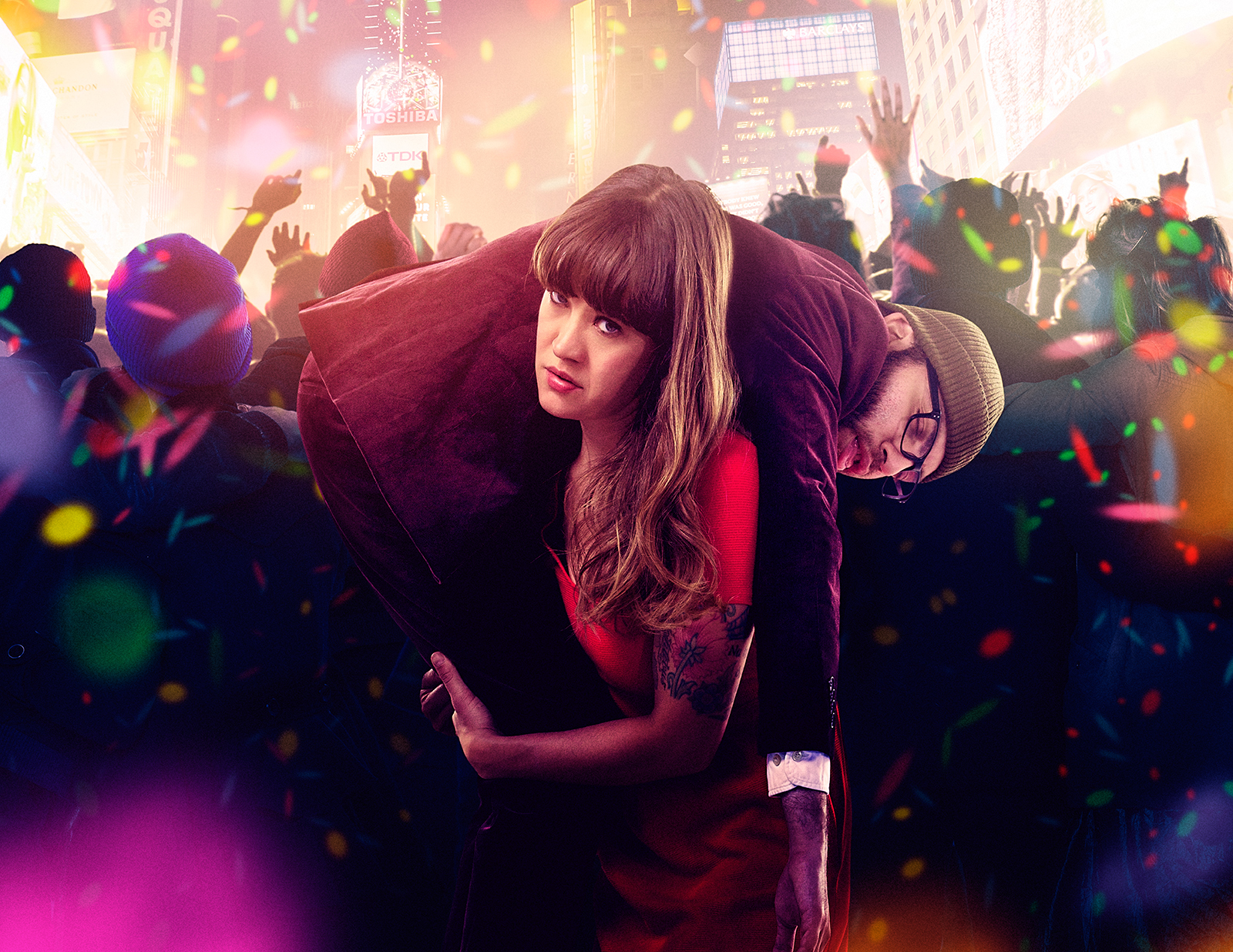 Where do you get your sense of humor?

From my mom—she has a disease called multiple sclerosis. When I was growing up, she never once complained about having the disease or being in a wheelchair. She just laughed at everything and laughed at life.

Has your work always had a strong comic element?

Over the last few years I’ve been developing it more because I realized it’s my niche and what I enjoy doing most. I’ve been going after comedy and humor, and immersing myself in that world more too. I’ve recently been trying to meet a bunch of new comedians in New York at the Upright Citizens Brigade and doing projects with them. It’s fun. I get to hang out with comedians and laugh all day.

I designed a personal project that gave me the opportunity to meet them all. It was a calendar I made this year with all of them. I reached out and got in touch and started going to their shows and being involved in their world. I jumped in and just really wanted to start relationships, start networking with them and be a part of what they’re doing and help them out. 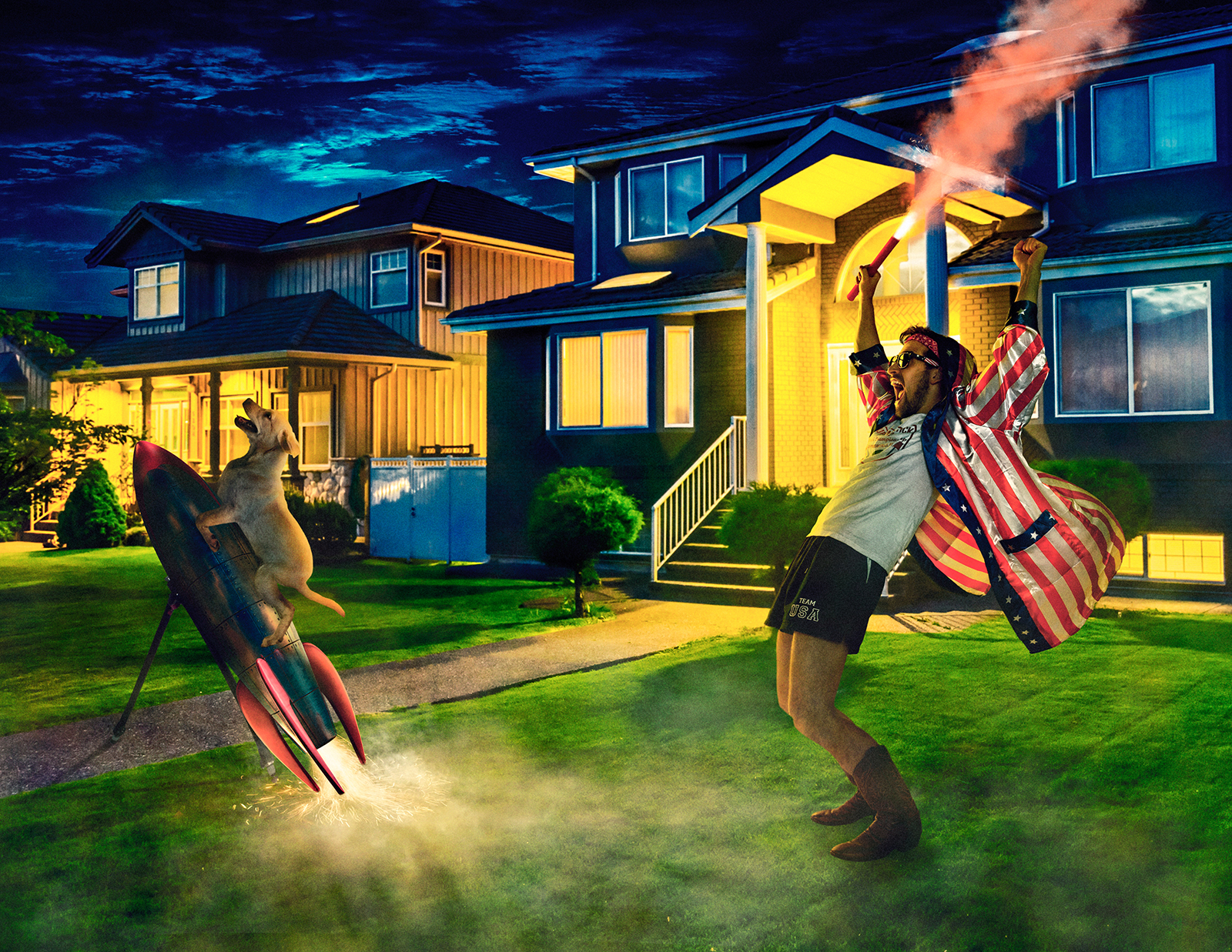 What have you learned from comedians about making a photograph funny?

I can have a general idea for the concept of a shoot, but the comedians bring a new life to it because they’re so involved in making characters and being characters. They see the world in a different way, and it’s been opening my eyes to look at the world that way. It’s the same way that my mom taught me how to look at the world: everything can be considered funny, even a terrible situation.

I think that a lot of comedy is a truth that people are telling that some people are scared to tell. People relate to it because it happens in real life. It borders on the un-talked-about. Comedians are just willing to cross that line and go head first, all-in and see if it works, making it awkward, sarcastic or funny.

Has humor been a big selling point for you with commercial clients?

A lot of clients like it because they want their product to be viewed with a smile. If you can make someone laugh with a photo that their product is involved in, that’s always a plus. But there’s also more of a fine line about how extreme or edgy you can get with your photos. 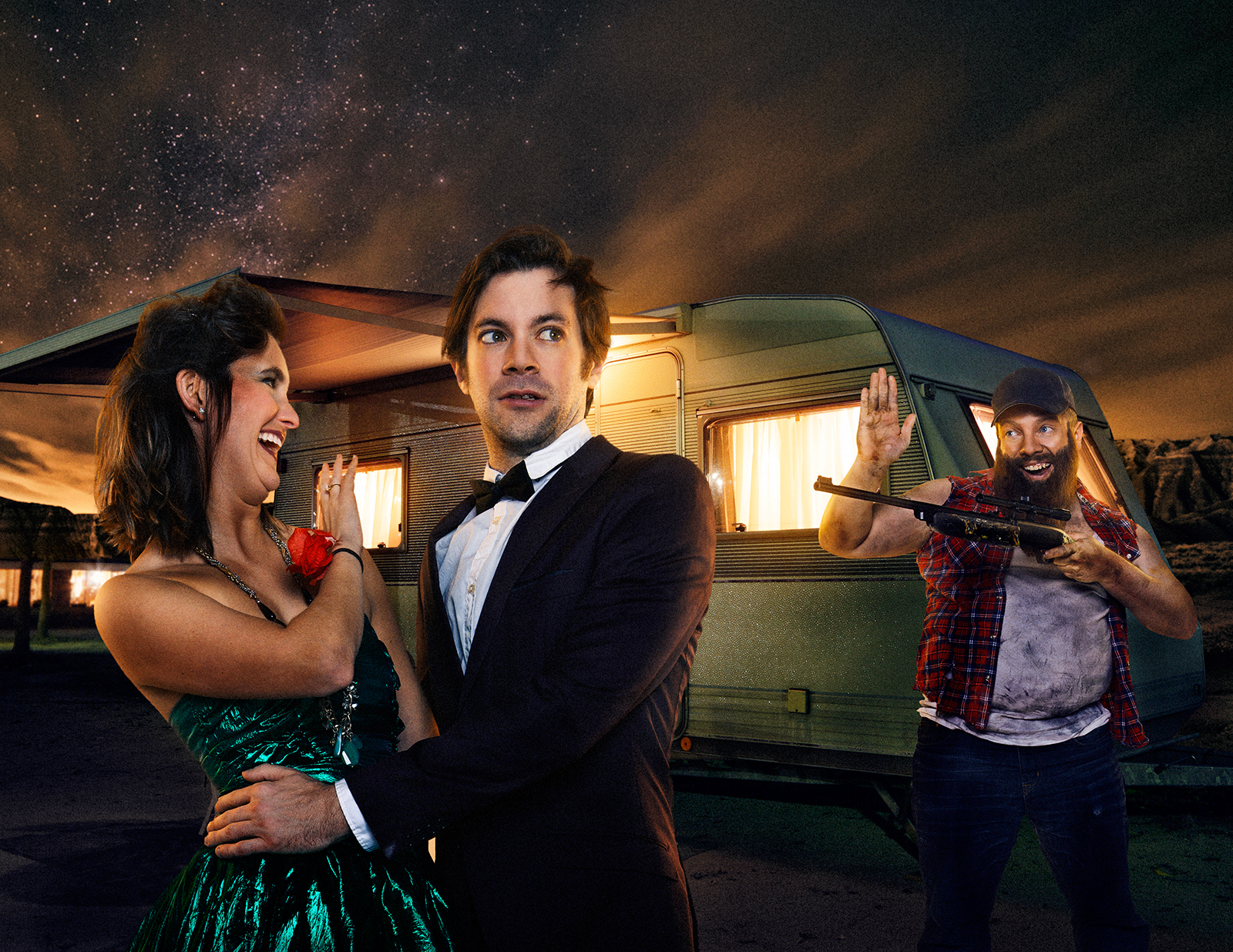 Has it been easy to have a sustainable career and make a decent living doing what you do?

It’s a roller coaster ride. Some months you’re really up and some months you’re kind of down. I have a belief that money comes when you need it. As long as you keep living your life and moving towards something, things will happen and it will find you or you’ll find it. And if it doesn’t, then that makes you think in a new way to try and figure out how to find it.

Yeah, the market is tough. It’s tough to break in and get noticed. I remember my rep telling me, “Art directors want to be you. You have to make them want to be you. Go live an interesting life and do interesting things, and people will find you and follow you.” So that’s what I’m doing. Plus it’s making my life more interesting too. 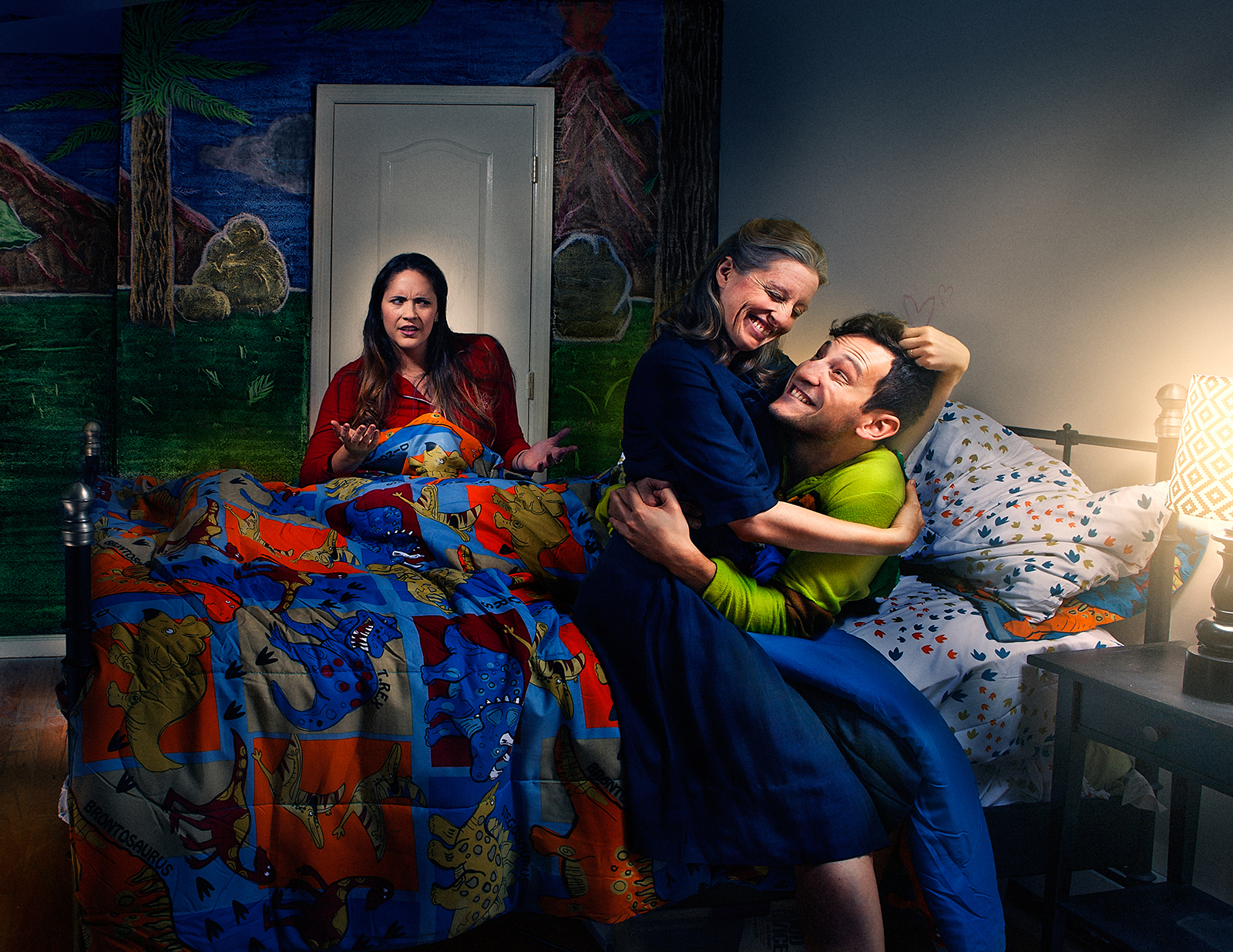 What is your advice for people who are just starting out?

If you’re in school, go to other departments and work with them. Be a part of the school and not just your curriculum. Help people. You’ll meet new people and have new experiences. They’ll teach you things, you’ll teach them things and it’s just so much fun to work with other people.

For people who are out of school, I’d say figure out what your other passion is. Figure out what you love in life and then find that community and try to join it, or start that community and get people together. Most people are actually really open and interested and helpful. Photography is your way into all these different worlds, so use that. Branch out of photography and join the world.

The “Breaking In” series asks successful young professionals in photo-related fields about what it took to get into their line of work, what it’s like to make a living doing what they do, and how they made the transition from student days to working life. You can find more “Breaking In” articles and a wealth of other resources for photography students, educators, and emerging pros at PhotoVideoEDU.com. This article originally appeared in the spring 2015 issue of Resource Magazine.