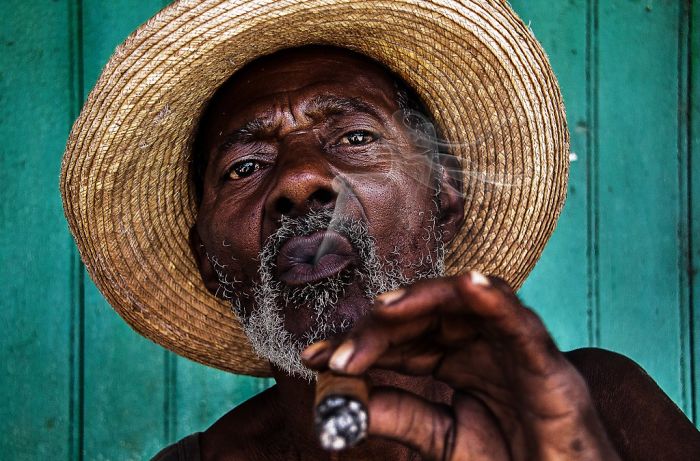 15 Legendary Photographers You Should Know

Ever since photography became part of our lives more than one hundred years ago, a horde of legendary photographers have showered our consciousness, with standout imagery that has since become part of the history of art. Their names are forever etched along iconic images of the who’s who of our pop culture, breathtaking landscape images, riveting photographs that define an era; from politics, war, religion, music and the performing arts, to culture and history. Any photography enthusiasts can write down a long list of photographers who deserves the “legendary” label. From the ones who have commanded the most expensive photographs to those who have captured the most endearing images that transcends all over the world, our current generation of photographers are blessed to look up to such revolutionary group of photography heroes and influences. Resource Magazine boiled down a list of the 15 legendary photographers you should know (in no particular order).

Known for his landscape and portrait photographs that would leave you tearing with visual delight, Nadav’s resume consists of a long list of impressive works and accolades. Nadav is widely-known for his series “Obama’s People,” a photography documentation of the most important members of US President Obama’s team, commissioned by the New York Times in 2008. Also regarded as among his best known photos are the images from  his 1997 series Diver, Salt Lake, Utah 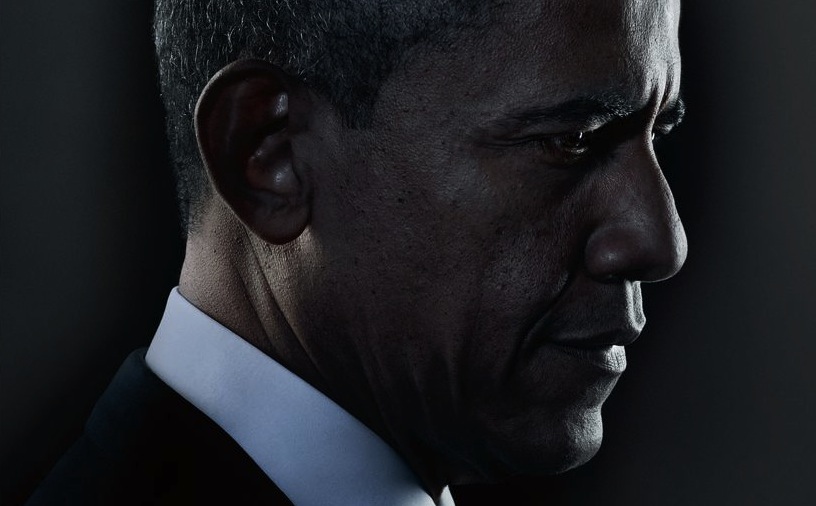 Magnum member and one of the most prolific masters of contemporary street photography, Kalvar has successfully elevated his art with a fusion of quirkiness and artistry that, up to now, further influences a rising crop of inventive young photographers. In a 2013 interview with Blakeandrews, Kalvar explains his method “I’m trying to create little dramas that lead people to think, to feel, to dream, to fantasize, to smile… It’s more than just catching beautiful moments; I want to fascinate, to hypnotize, to move my viewers. Making greater statements about the world is not my thing. I think there’s a coherence in the work that comes not from an overriding philosophy but from a consistent way of looking and feeling.” 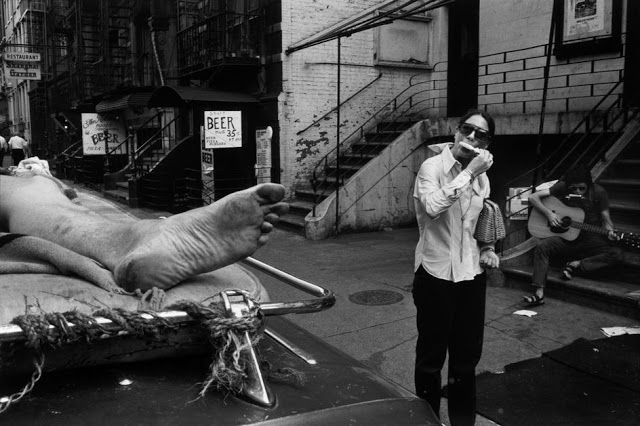 Perhaps the most famous portrait photographer of all time, the late Richard Avedon’s body of work is the quintessence of what a unique artist is all bout. Right after his death, The New York Times published an obituary that says “his fashion and portrait photographs helped define America’s image of style, beauty and culture for the last half-century”. 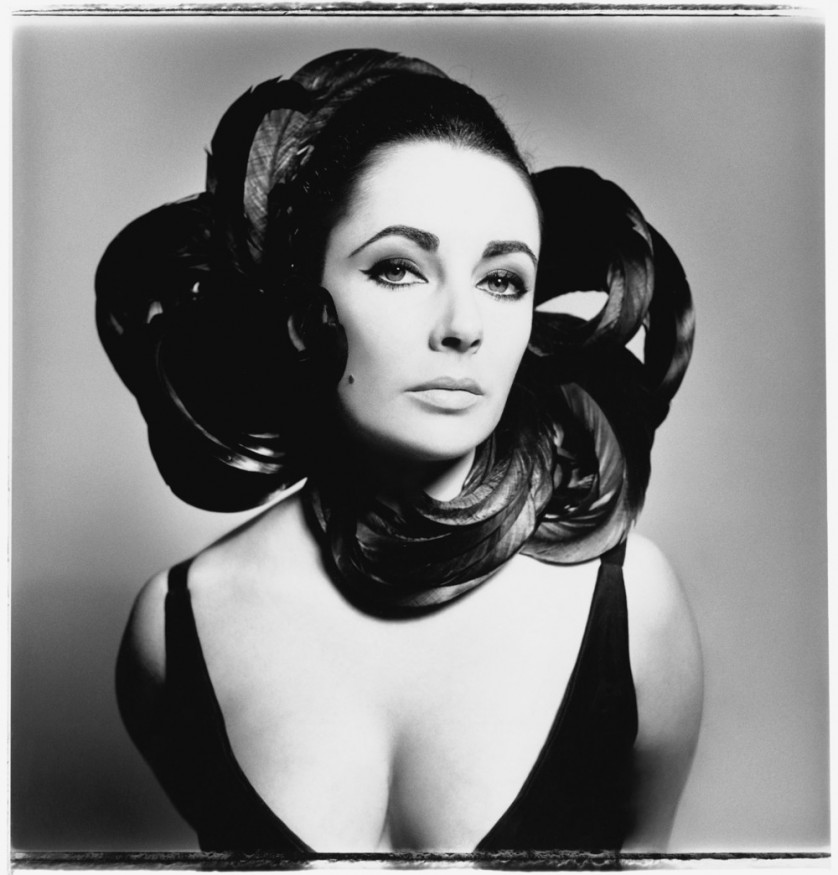 His name is almost associated with every mesmerizing photographs that depicts Far East Asia and that’s pretty fair, as most of his works centers on this subject. A winner of the Mainichi Art Prize in 1980 and the Annual Award of the Photographic Society of Japan in 1981, among many accolades, Kubota has surely etched his legendary status among photography enthusiasts this part of Asia and the rest of the world. 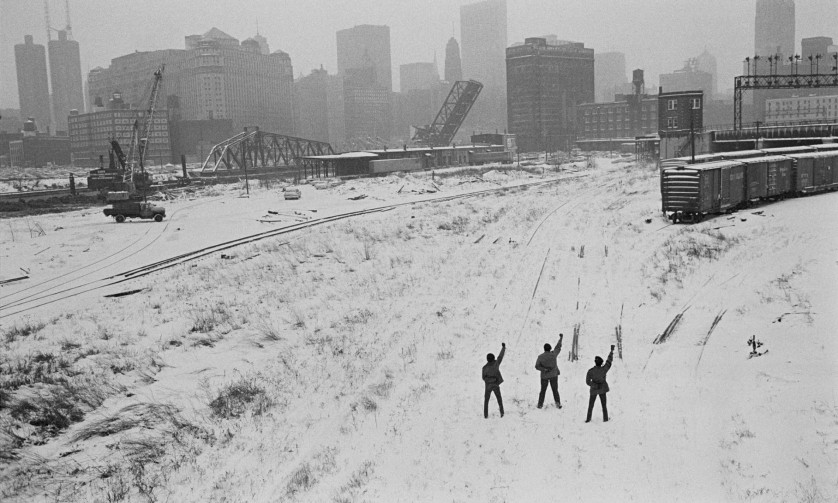 Other than subjects in the Far East, he also photographed the 1968 US Elections. Here is an image of the Black Panthers staging a protest © Hiroji Kubota

A photographer as young as this 38 year old South African, Hugo’s incredible work could easily get his name mentioned with the other legends of his craft. Known for documenting the unique arts and traditions, history and everyday living of African communities, Hugo has given the African people a new art medium where they can express themselves through his photographs. 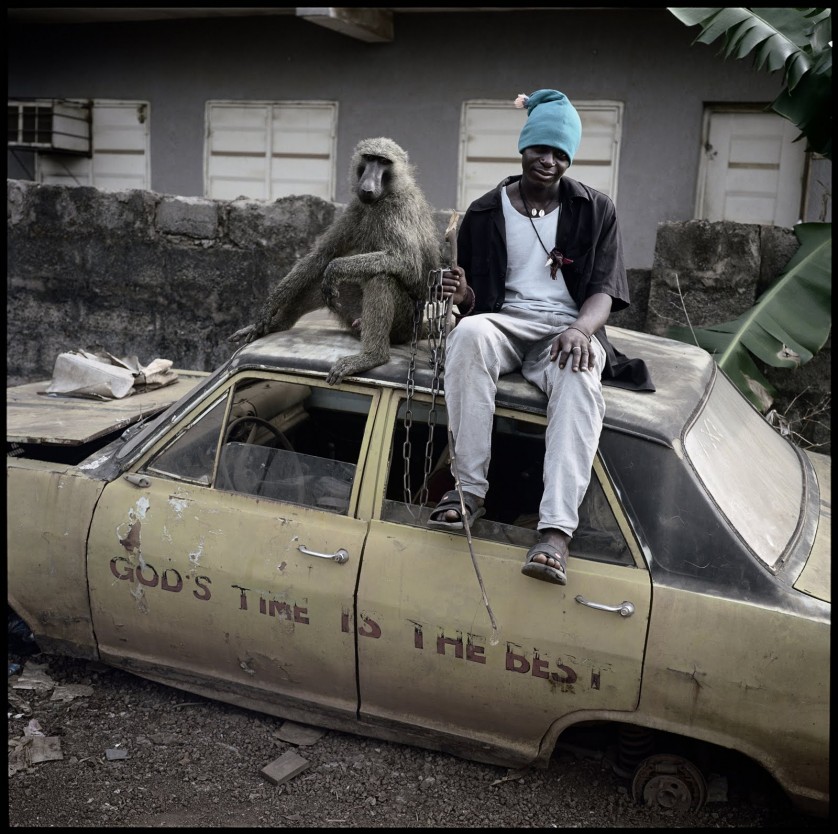 Known for his ‘eye of the weird and spectacular’ © Pieter Hugo

Vivian Maeir is the only photographer on this list who didn’t pursue a photography career in her lifetime. Maier only took photographs, some 150,000, during her spare time while working as a nanny in Chicago. It was only until 2007, two years before her death, that a collector discovered her undeveloped negatives. Upon discovery, the photography world soon praised her images that showcased mostly street scenes and portraits of people around her neighborhood. Even after Maier’s death in 2009, her eccentric style of street photography continues to grow into legend.

Widely known for her unique style of photojournalism, portrait photography and documenting people, Mary Ellen Mark was once praised by Salon for photographing individuals “away from mainstream society and toward its more interesting, often troubled fringes”. Her work was displayed at leading museums and galleries all over the world and graced the pages of leading publications such as The New Yorker, Rolling Stone, Vanity Fair, and New York Times. She was a part of the prestigious of Magnum Photos between 1977 and 1981. 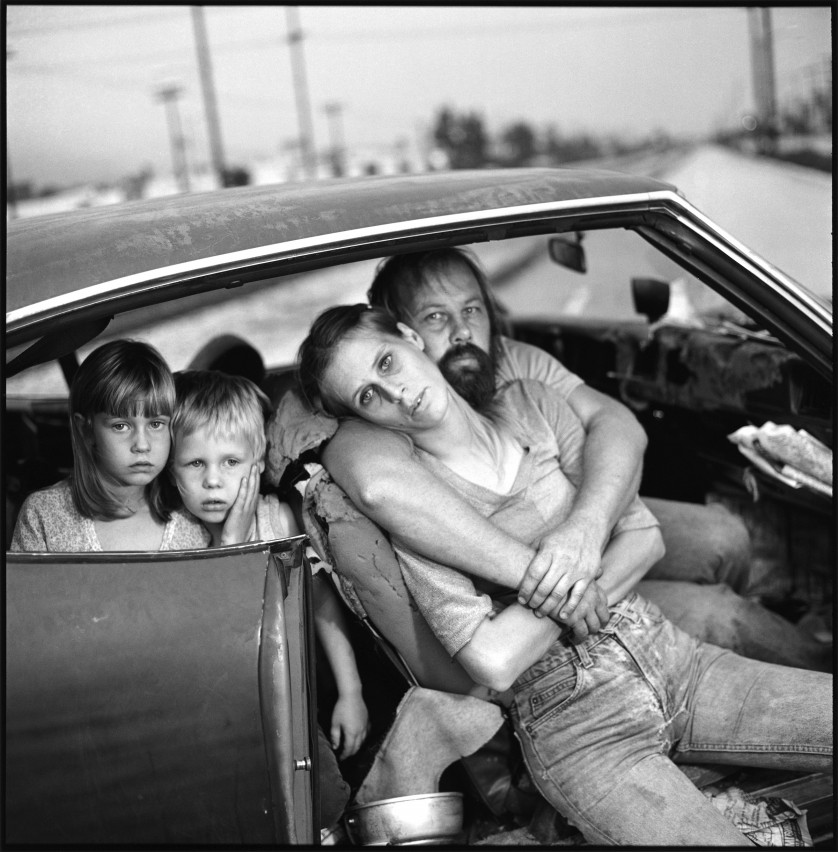 The current Facebook generation might know Annie as the photographer who shot the Vanity Fair cover photographs of Caitlyn Jenner, but for photography enthusiasts Leibovitz have blazed through a legendary career by producing a long list of iconic images. She was a former Rolling Stone chief Photographer and now a Vanity Fair contributor and has published many books about her works as well as collaborating with almost every A-lister celebrities all over the world. 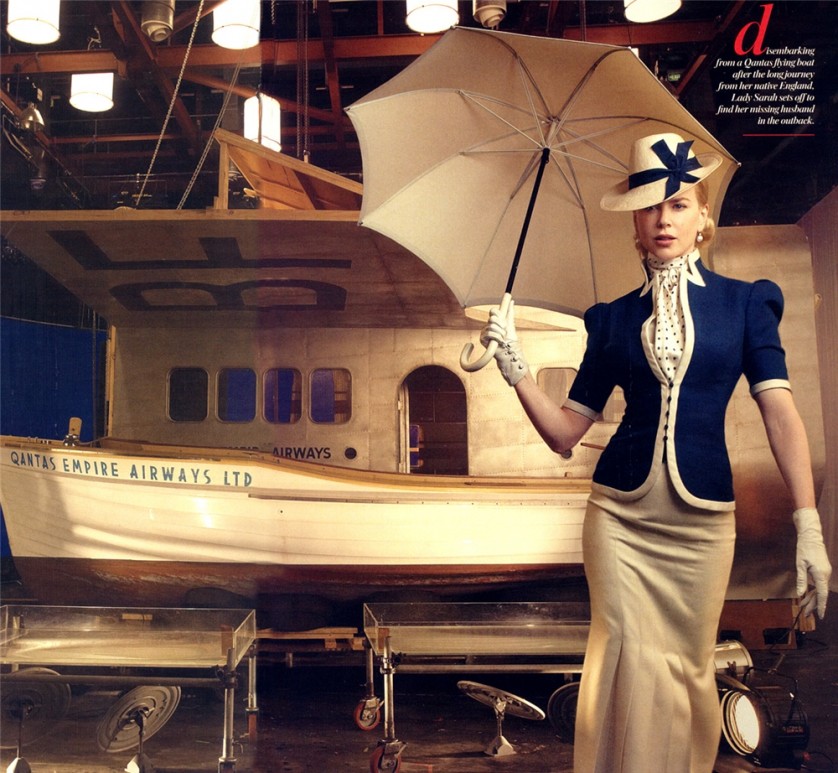 A member of Magnum Photos since 1977, Jean Gaumy is a French Photographer and Filmmaker known for his provocative images that exposes corrupt prison systems to documenting French healthcare, to covering the women fighters of Iran during the height of the Islamic Revolution. Gaumy is also known for his iconic portraits of a few select celebrities. 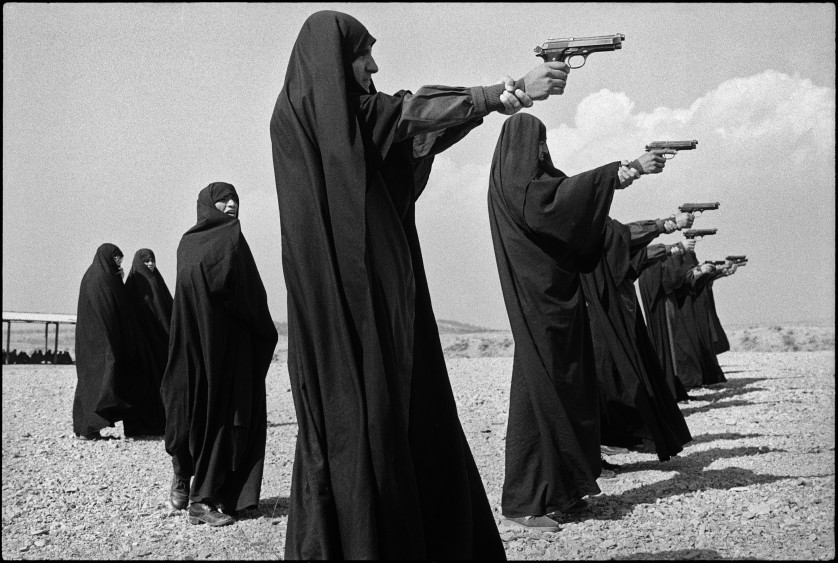 Not too many know the man behind some of the best portraiture in photography, but to the purist followers of photography, Rehann is considered almost unanimously as the world’s best portrait photographer. Mostly documenting the places of Rajasthan state in India, Vietnam and Cuba, Rehann is right on course in showering all of us in the photography world with his impressive works.

Best known for the photograph “The Afghan Girl”, Steve McCurry is more than a one-photo wonder. Looking through his online portfolio will make you discover endless astonishing portraits and spectacular scenes of travel, life and social issues. He has won numerous photography awards, including the National Press Photographers Association’s Magazine Photographer of the Year, a historic first of four first-place prizes in the World Press Photo contest. In 2014, McCurry was bestowed the The Royal Photographic Society’s Centenary Medal in recognition of a consistent, meaningful contribution to the art of photography. 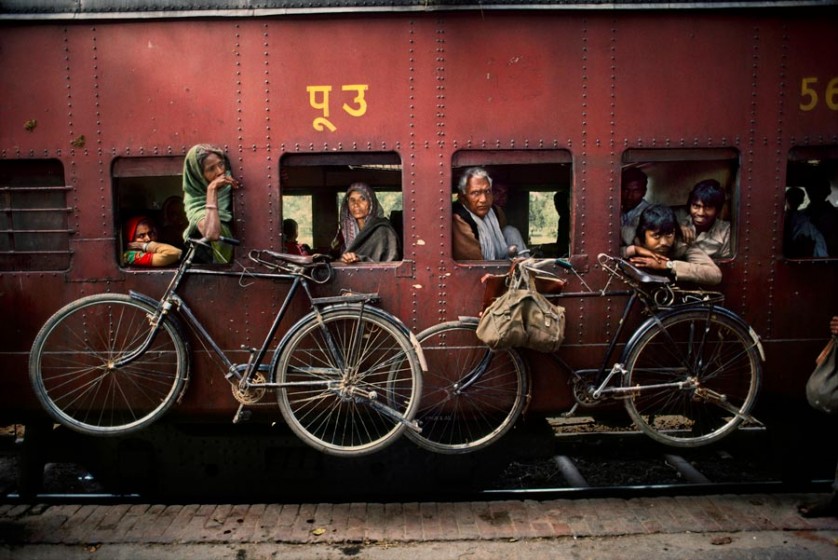 Cementing his place in the photography world with his series “Before they Pass Away“, a mind blowing collection of documentary and portraiture of the members of more than 35 indigenous tribes, using only a 50-year-old 4x5in camera, in a photography project that took him 3 years traveling around Europe, Africa, Asia and South America. 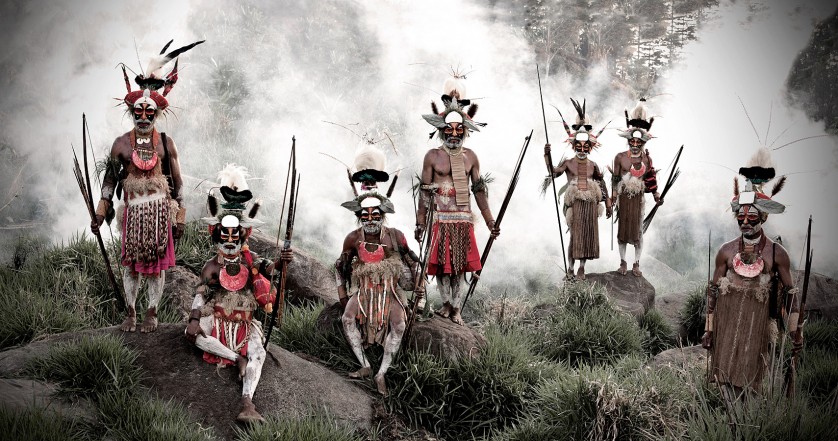 “Before They Pass” © Jimmy Nelson

Never to be mistaken with the character from Family Guy, Brian Griffin is a real-world with an out-of-this-world talent behind the camera. His photographs – visually represented by his trademark noir-style lighting technique are definitely something you will associate with a real photography legend. 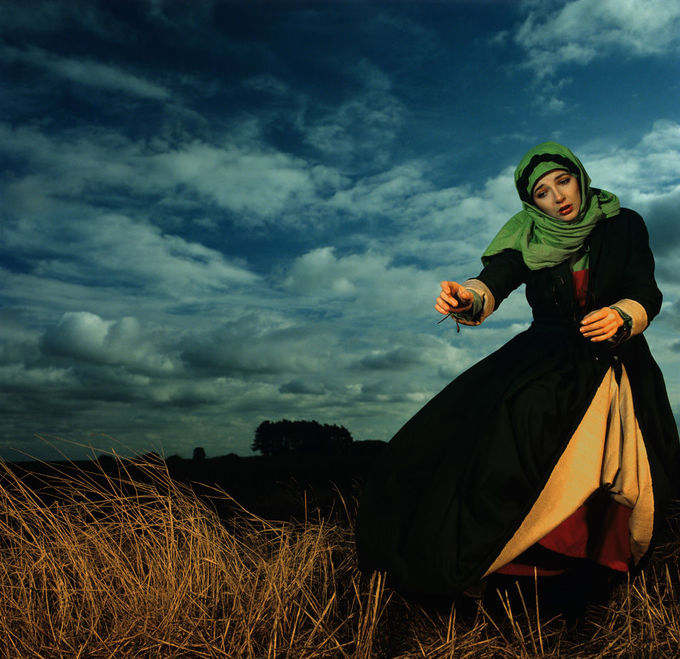 This Dutch and ground breaking Wildlife photographer has carved a sustained and great career as a National Geographic lens-man, whose images have paved the way for countries to implement environment conservation policies. 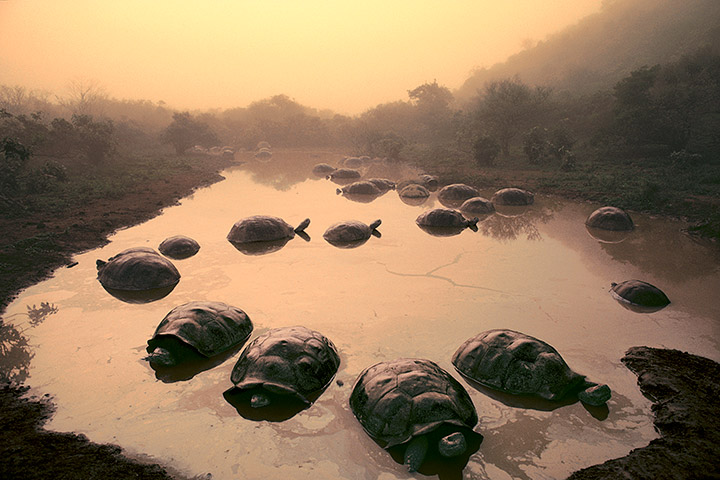 As far as humor in a photograph goes, nothing beats British Photojournalist and Documentary Photographer Martin Parr – as his often dark and acerbic photographs bursting with sense of humor always succeeds in presenting a visual study of our modern culture. 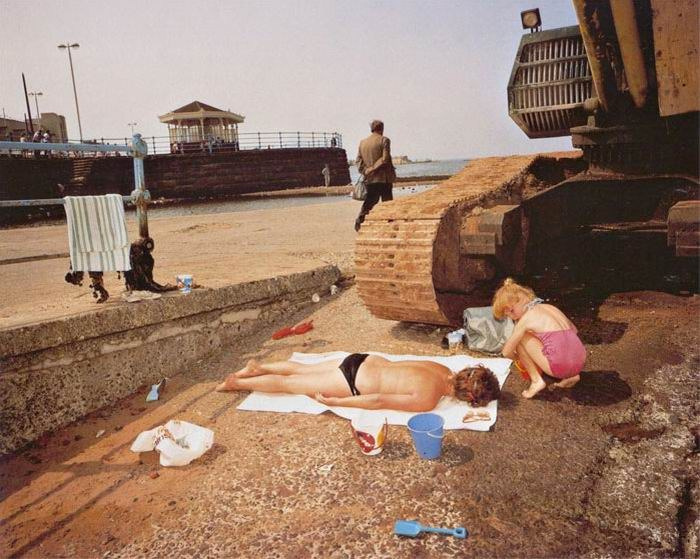 from ‘The Last Resort’ © Martin Parr

This list is, of course, a subjective one and we have excluded some of the names that are already known worldwide as legendary photographers such as Ansel Adams, Robert Capa, David Bailey, Dorothea Lange, Diane Arbus, Brassai, Ernst Haas and many more who have long since cemented their place in the photography world. In the field of portrait photography, we would also like to include other notable legendary photographers such as Platon, Dan Winters, Lee Jeffries, Eric Lafforgue, Peter Hapak and scores of others, but 15 is just too few to include all the legends in the photography world.

Feel free to let us know on the comment section if you think we missed out on any other names.