In the last couple of years, we have seen an uptick in the urban and city photography movement as seen in the Instagram platform. One would instantly recall Brandon Stanton‘s Humans of New York series as one of the definitive examples of portraying our city landscape through its people. Today, more photographers are dishing out diverse methods of photographing urban areas and big city scenes through portraiture, architecture, culture and just about every event that can occur in our daily lives. These 25 Urban and City Photographers are just some of the many skilled shooters whose keen eye for detail have made their Instagram wall filled with outstading and penetrating imagery – enough for us to learn more about the many cities of the world, through their photographs. From the streets of New York, Hong Kong, Paris, Havana to Mumbai and the rest of the world, they walk the streets with camera in hand and a never-ceasing wonder as they witness and document the bountiful beautiful scenes of urban and city life.

Maialetti is a Photographer for the Philadelphia Inquirer and Philadelphia Daily News who feeds his Instagram followers with real images of the streets of Philadelphia. By showcasing the cultural fabric of the city, Maialetti showers his more than 40,000 followers a fresh perspective of the city known for its blue-collar character. 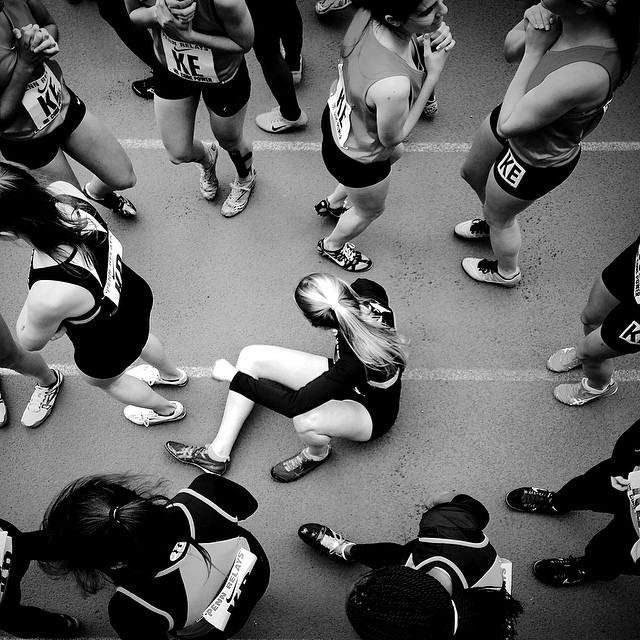 The former water-meter reader Lui was catapulted to Instagram fame when he started showcasing the humor of contemporary scenes in his home city of Hefei in China. A self-taught photographer, Lui’s works were recently chosen as part of Apple World Gallery and he now travel to various US cities where he continues to shoot amazing urban and city images. 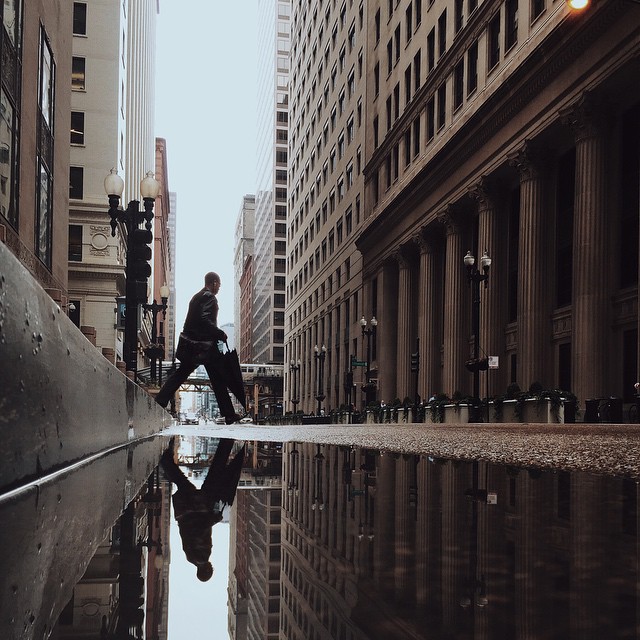 This Instagrammer who goes by the monicker Roetry, documents the daily scenes of his home city of Mumbai in impressive and colorful manner. Teeming with rich and lovely details, he portrays his subjects under an umbrella of pleasing visuals notwithstanding scenes of struggles and poverty that befalls the majority of the city’s fast booming population. 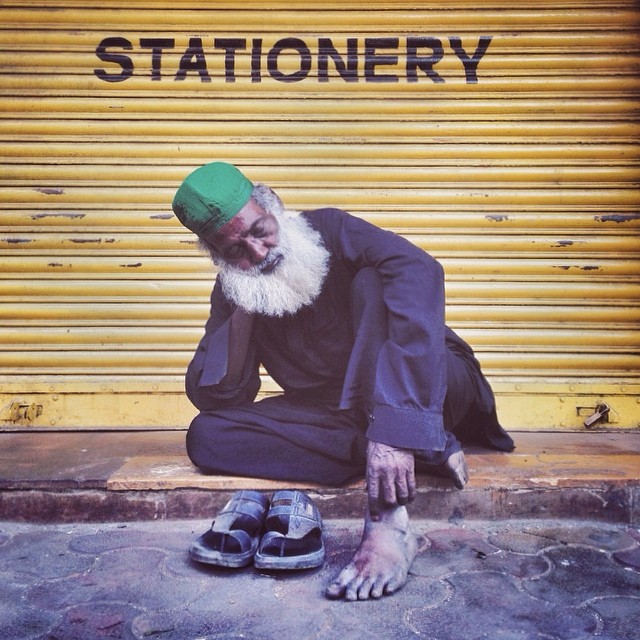 Exhibiting the city of New York as if it is caught up in a bliss of the Golden Hour, his compositions highlights the culture, people and the diverse architectural pattern of the Big Apple. Prepare to drool over his Instagram feed filled with astonishing silhouette of skylines and random shots taken from the sidewalks of Brooklyn and its neighboring boroughs. 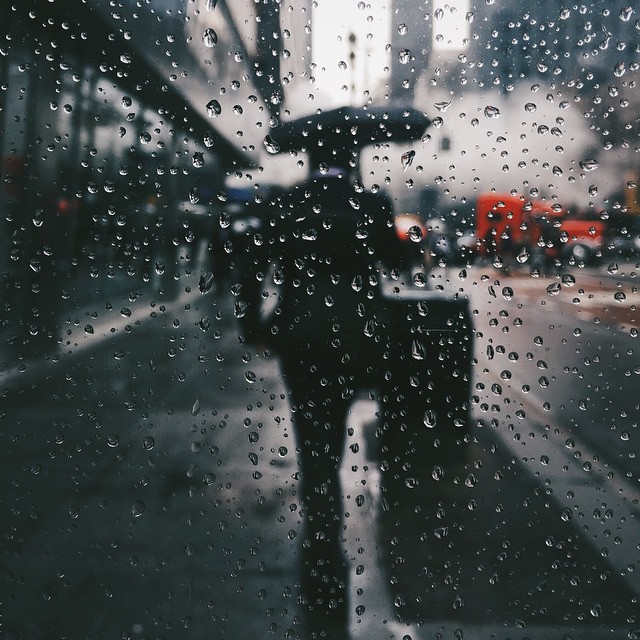 Elevating the street photography both literally and artistically, ‘demidism’ scales high buildings, bridges and walks the city of New York with inventive abandon churning eye-popping visuals of the urban and cityscape, completing a body of work which earned him a distinction as one of today’s highly regarded “urban explorers” according to New York Magazine. 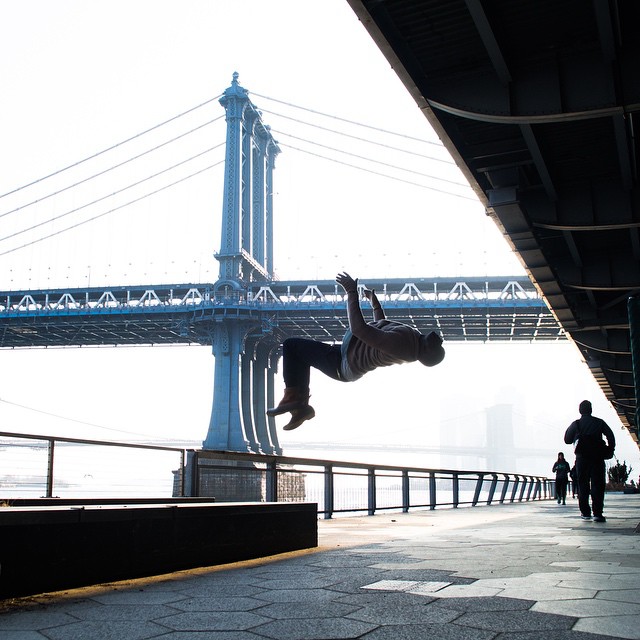 Considered as the modern day Vivian Maier, Bacani came from the Philippines to work as a nanny to a rich family in Hong Kong. Spending her spare time taking photographs of the bustling city scene in Hong Kong, highlighting her flair for dramatic compositions ranging from serene to dynamic, she ended up documenting a series of images that garnered her worldwide acclaim. Unlike Maier, Bacani is able to experience the rewards of her talent through various exhibitions and media features. She has since stopped being a nanny and is now a full-time photographer. 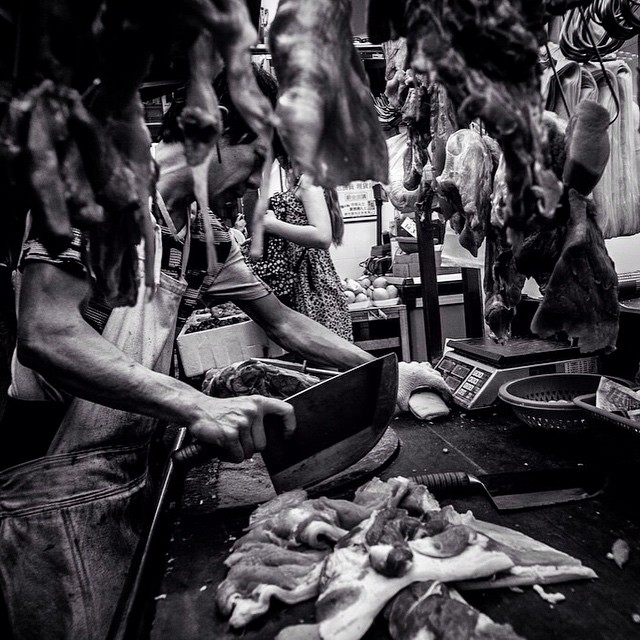 A master of incorporating a single or sometimes dual human subjects against a stylish and unique pattern of architectural aesthetic and haunting shadows of city streets, Dejan has crafted an uncommon style that sets his work apart from a lot of city and urban photographers. 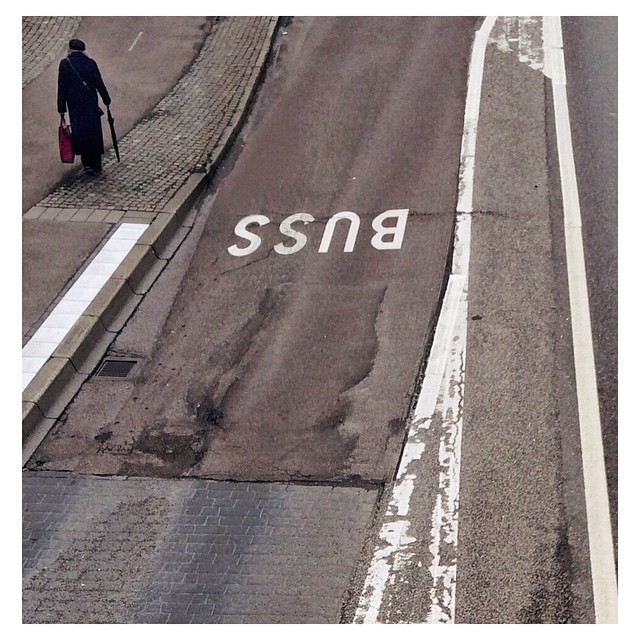 Viewing his Instagram feed is like walking along with him through the streets of Paris. Renberg’s candid images of people from all walks of life come out alive and almost give you a feeling of meeting them in person. “I love to walk the streets and try to catch the unusual, or find moments of emotion,” he says. 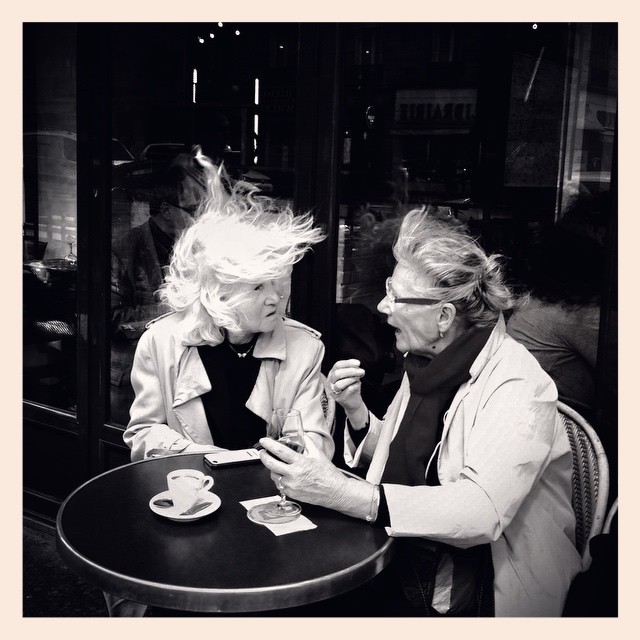 Another photographer based in New York, Horine offers a fresh perspective of the city that never sleeps, by producing images that us busy people  are unable to see and marvel at everyday. He also documents other cities he’d been through like San Francisco and surfing cities in Florida and Australia. 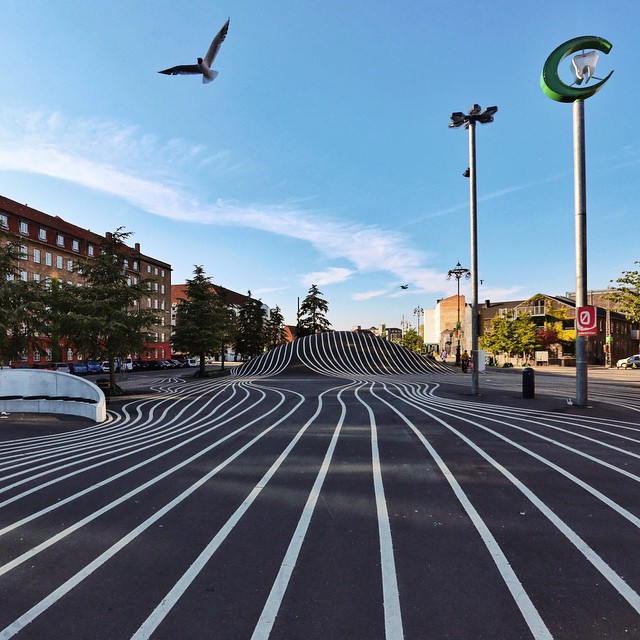 Using the streets of New York City as one big fashion catwalk, Danielle channels his inner Bill Cuningham by keeping a keen eye for individuals who struts their fashion with an attitude across city streets. Documenting both city and urban fashion culture and architecture. 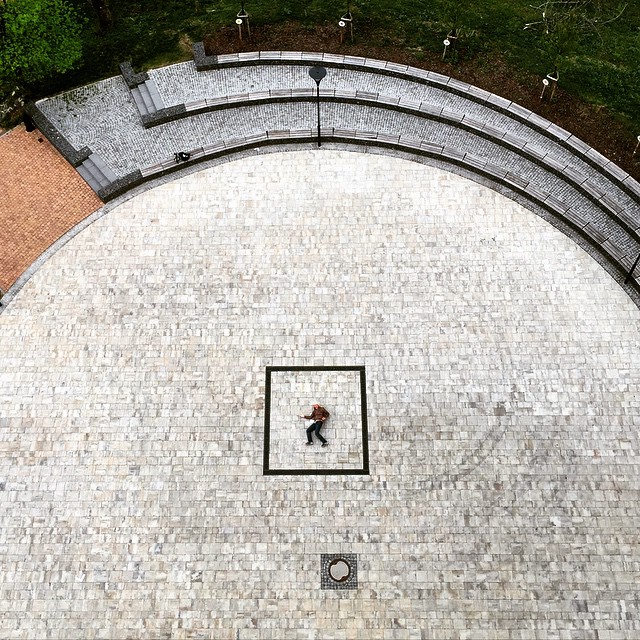 Musician and photographer David Ingraham make his images hum visual melodies by presenting it in brooding black and white images, showing the coming and goings of people through their poetic movements. 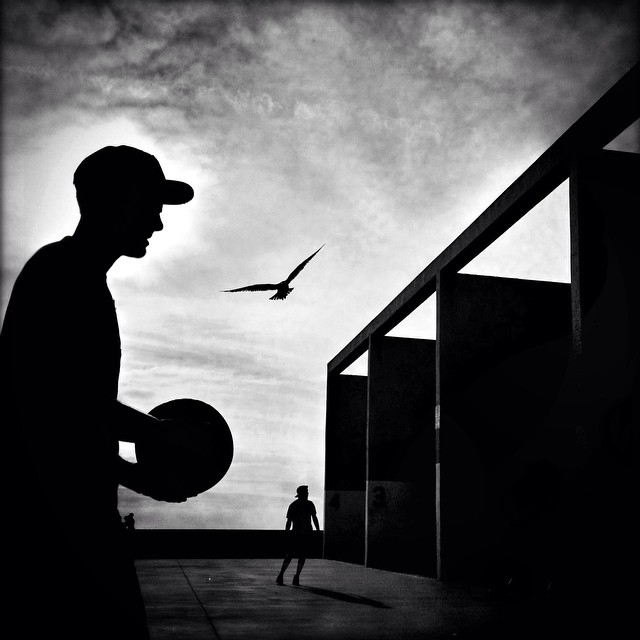 Whenever he points his iPhone’s camera to any street scene in Tokyo and everywhere he went, Fukuda instantly dishes out uncomplicated but highly addicting city and urban images to his almost half a million Instagram followers. From the buzz filled streets of Tokyo to the quiet settings of nature, Fukuda’s photographs will make you want to do a photo-walk on your own quickly. 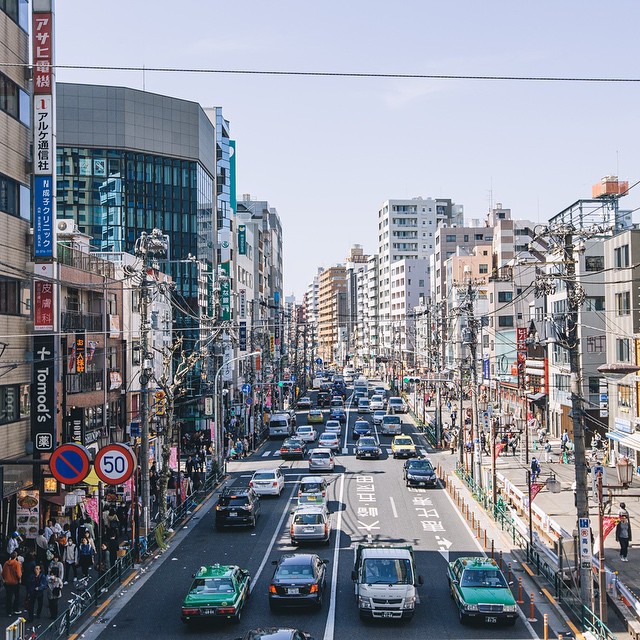 As the melting pot of different cultures in the country known to have many, Mumbai clearly offers a myriad of interesting subjects for any city photographer. Ritesh takes it further as he let his Instagram feed take us inside the lives of its residents. All that are missing from viewing his images are servings of panipuri and samosa in front of you because it make you feel like you’re in Mumbai yourself. 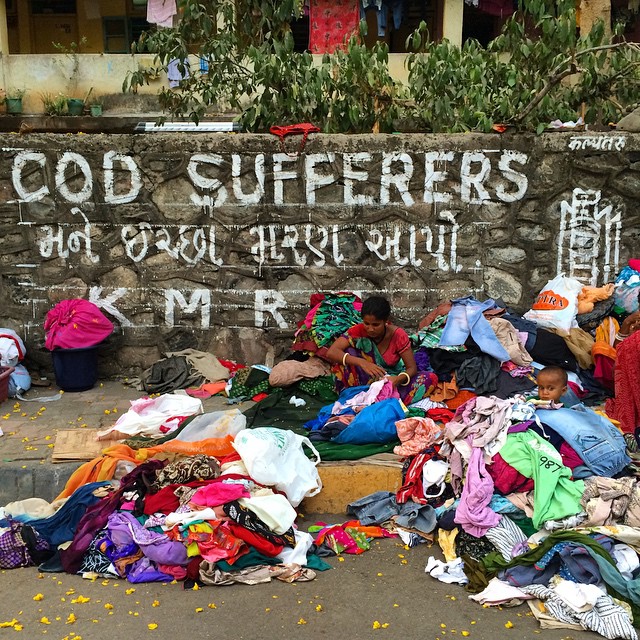 “A nomad at heart” writes Munteanu on her Instagram page to describe herself. That and a talented city photographer to boot. As she travels through the many cities and towns of Europe, expect her Instagram feed to be flooded with an optical banquet of picturesque nook and crannies. 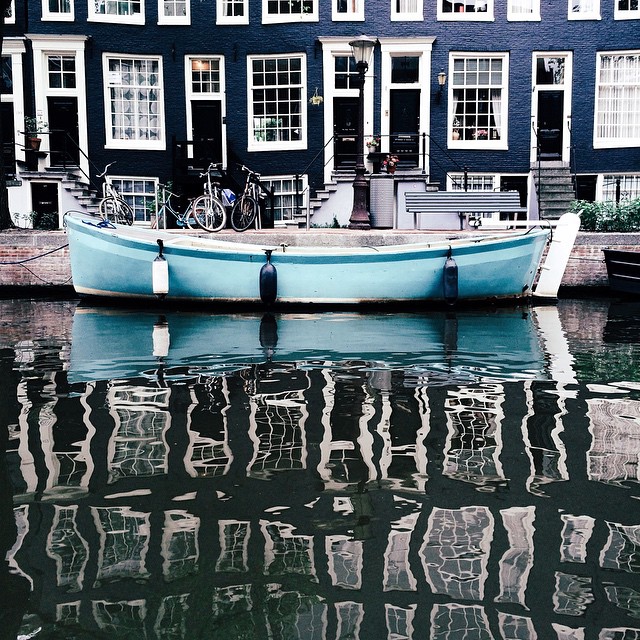 Ferguson is an American living in Paris who witnesses the Parisian daily lives from an outsider’s point of view. Because of this, her images not only reinforces the romantic reputation of the city, it also highlights the diverse culture, fashion, architecture and people of Paris. “It’s hard to take a bad photo of this gorgeous city”, she says.

Ruduit’s has a quick eye for spotting interesting details, whether of an old building or modern establishments to interesting human subjects. Currently traveling all over South America according to his recent Instagram posts, Ruduit earlier became known for impressive snaps of his hometown Port Alegre in Brazil. 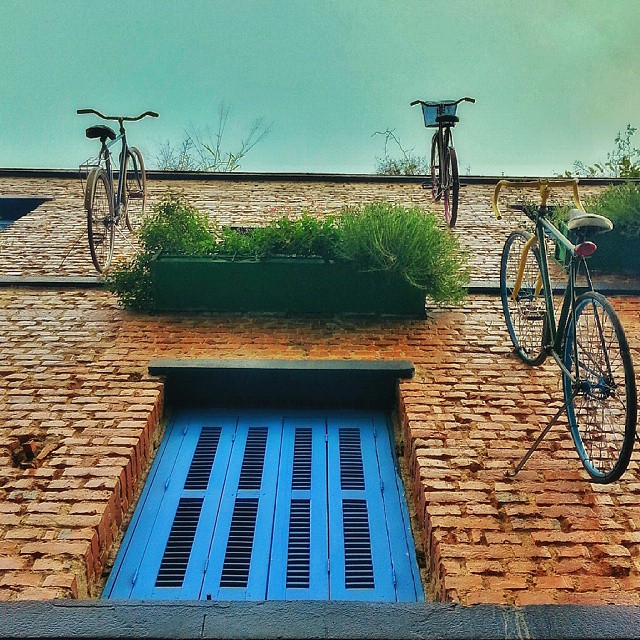 Almost devoid of any human subjects, his images appears post-apocalyptic with mostly buildings manifesting impressive patterns, designs, shapes and lines that always escapes the ordinary eyes, his Instagram feed gives us another interesting perspective at looking at an urban and city setting. 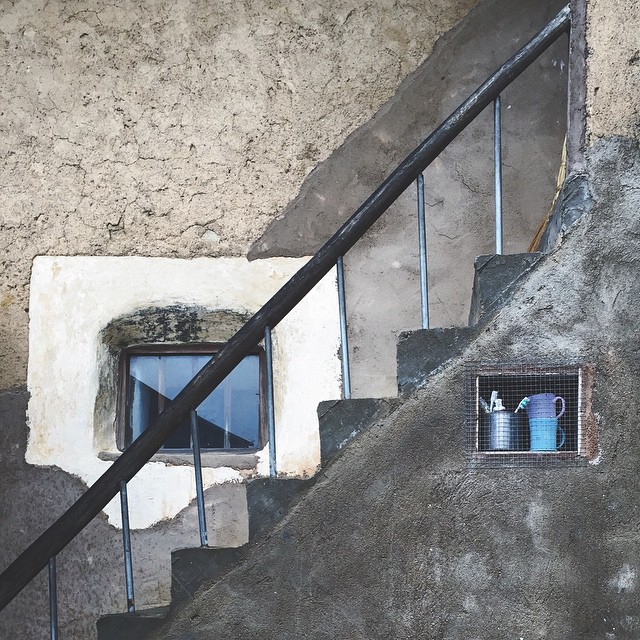 Garcia is an architect based in Barcelona, so he definitely knows what he is doing photographing the many architectural wonders of his city and its people. Through his engaging images of buildings and human portraits, he weaves his Instagram feed into one visual urban and city story book.

Among this list, he is probably the one photographer who get closest to his subjects, figuratively and through personal connections, Lee’s series of street documentary even takes him inside the homes of the people he documents. An outstanding body of work that even spawned a series depicting African-American Fatherhood. “I often like to get close to my subjects to achieve a certain kind of palpable connection,” he says. 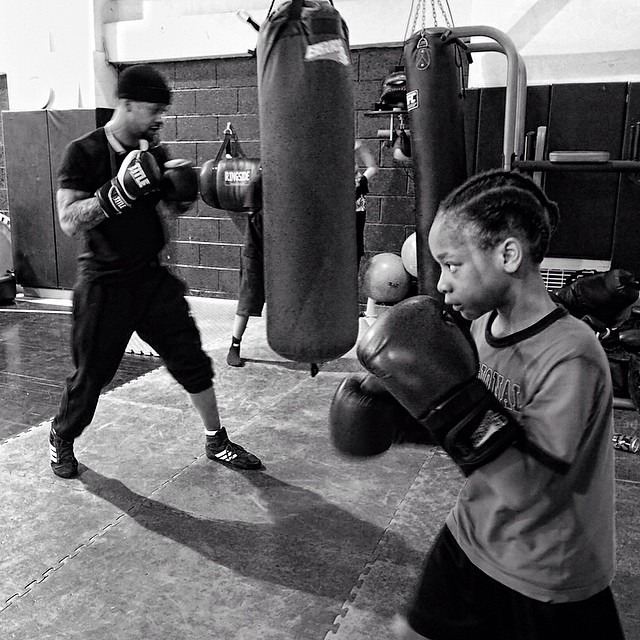 “A mile of runway will take you anywhere” Senatori writes on his Instagram page. It also affords him to take magnificent aerial images of various cities, catapulting his city and urban photography to soaring heights. Enjoy viewing city photographs at both eye level and from above on his Instagram feed. 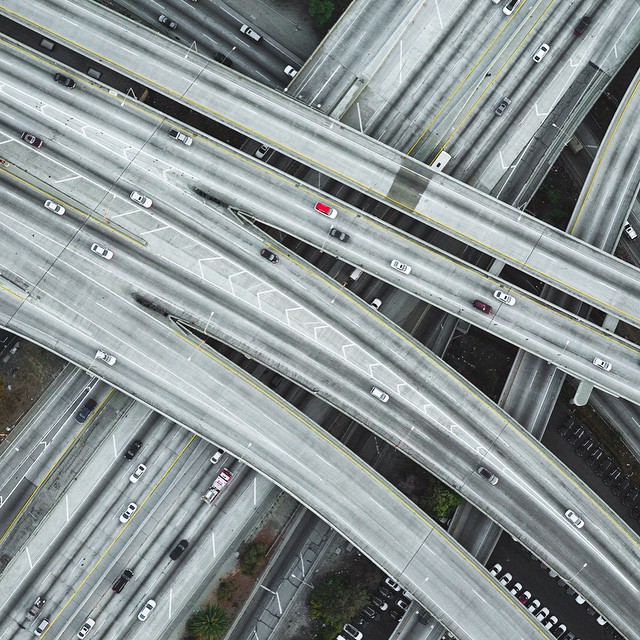 Marvel at images of towering cityscapes from Shanghai to New York, that dominates Canlas’ Instagram feed. Peppered with fascinating human elements, his photographs will instantly get you hooked and await his daily picture uploads. 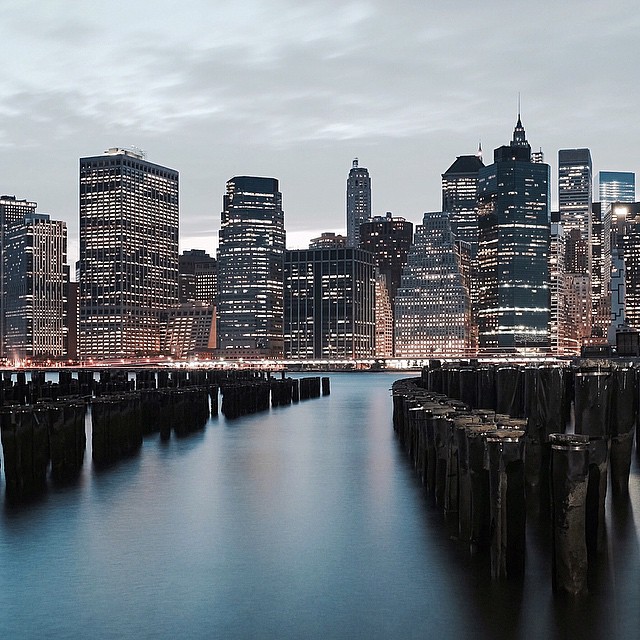 If you are used to seeing European and American urban and city photographs, Thyseen’s series will shook you to the core. Documenting scenes from third world South East Asian cities, mainly in Indonesia, the in-your-face approach of Thyssen’s photography will make you realize the struggle is both real and beautiful. 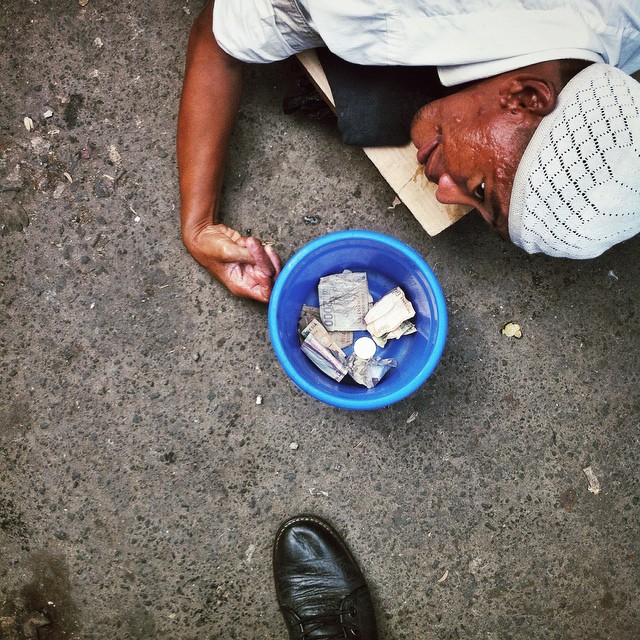 Train stations, industrial complexes, a bit of the countryside, moving people and architecture consists Tejlgaard’s urban and city visual documentation. In stark contrast with the crowded cities in Asia, her images give a narrative of space and seclusion as told wonderfully by her photographs. 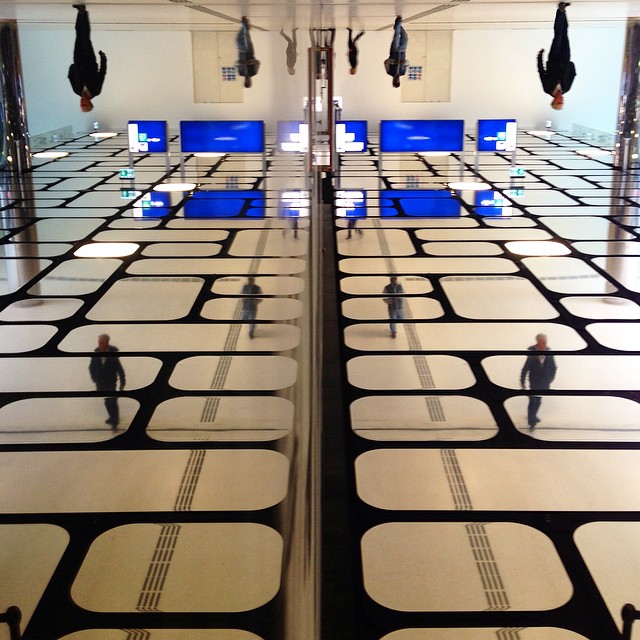 Halberstam’s Instagram feed is like the candid version of Human’s of New York. Featuring portraits of random city slickers in their unguarded moment, he presents them beautifully and gracefully without exposing them while displaying real and unhidden expressions that implore varied narratives to the viewers. 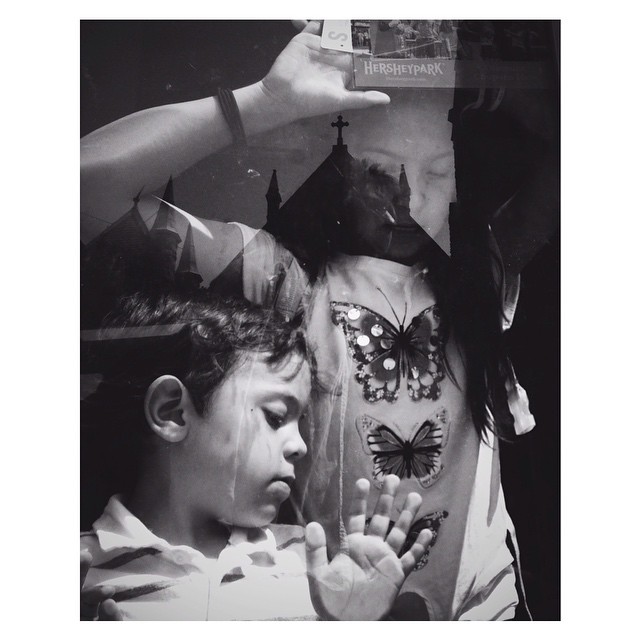 These are just a few of the many gifted urban and city photographers we have on Instagram today. It is difficult to select without excluding a long list of other notable photographers such as;  Kostennn, Ryan Postel, Ryan Tacay, soteeoh, Mike Kepka, JeffOnline, Ariel Concepcion, Rogered, Jose Luis Barcia and Gareth Pon just to state a few. Let us know if we missed out on your favorites in the comments below!