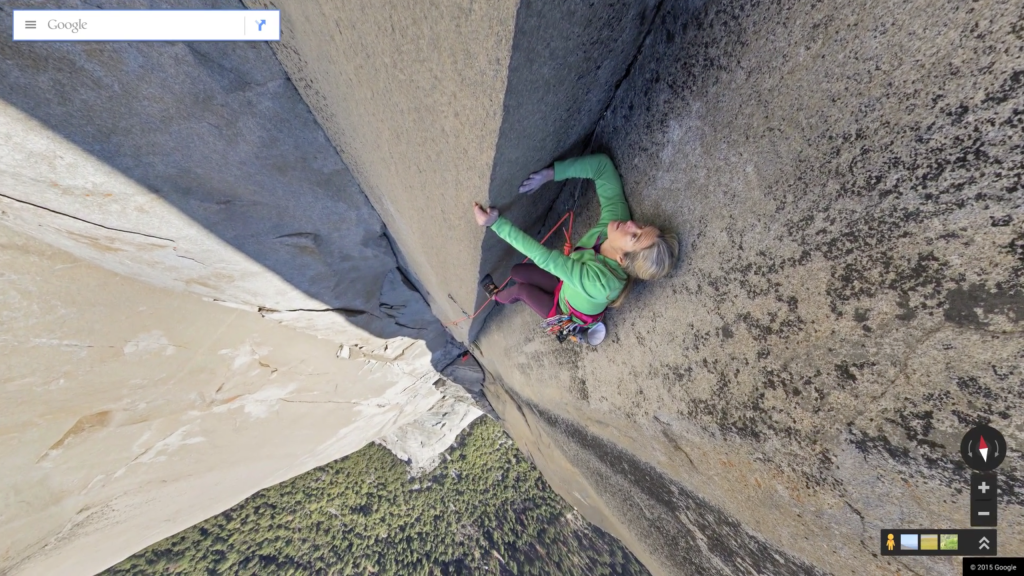 Corey Rich has photographed some of the best rock climbers in the world, often with the unique angle of being by their side (literally) when they accomplish greatness. In January 2015, Rich lived hanging off of the side of El Capitan in Yosemite National Park for ten days as he documented the hardest rock climb in the world. So when Google made the decision to bring their popular “Street View” technology to El Capitan, they knew Rich was the artist to help them achieve this lofty goal. Being an expert climber, the acclaimed Nikon Ambassador Rich has become one of the most sought after photographers in the adventure sports industry. National Geographic, The New York Times, and Sports Illustrated have all called upon Rich when they needed a daring and unique angle, so Rich was no stranger to challenging and high-pressure shoots.

Rich’s idea to bring the Google Street view to Life was to re-create some of the most memorable moments that have taken place on the 90 degree, 3,000 foot monolith of granite. The team began climbing, began filming, and began creating the incredible 360-degree view that we can now access on Google Maps. Lynn Hill approaches the top of the 3,000-foot monolith of granite known as El Capitan in Yosemite National Park.

On his blog, Rich describes his favorite moment of the project.

One of the most memorable moments for me was hanging on the anchor above the Great Roof next to Brett as Lynn Hill pulled through the final moves of the Roof. When I was a kid, just falling in love with climbing, I vividly recall seeing that iconic picture of Lynn overcoming the Great Roof’s difficulties; it was the photo that went along with the news that she had done what no other climber, man or woman, had ever achieved. And now, here I was, witnessing a re-creation of history take place right before my eyes.

Brett and I both pinched ourselves because we couldn’t believe it.

As if the interactive Street View wasn’t cool enough, Google has created a beautiful film detailing the history of these climbers and their love for El Capitan.

Google also made a Behind The Scenes video of Rich creating the impressive Street View of El Capitan. This is not the right job for photographers who are afraid of heights. Lynn Hill reaches for a new holding point on her asscent up El Capitan for Google Street View.