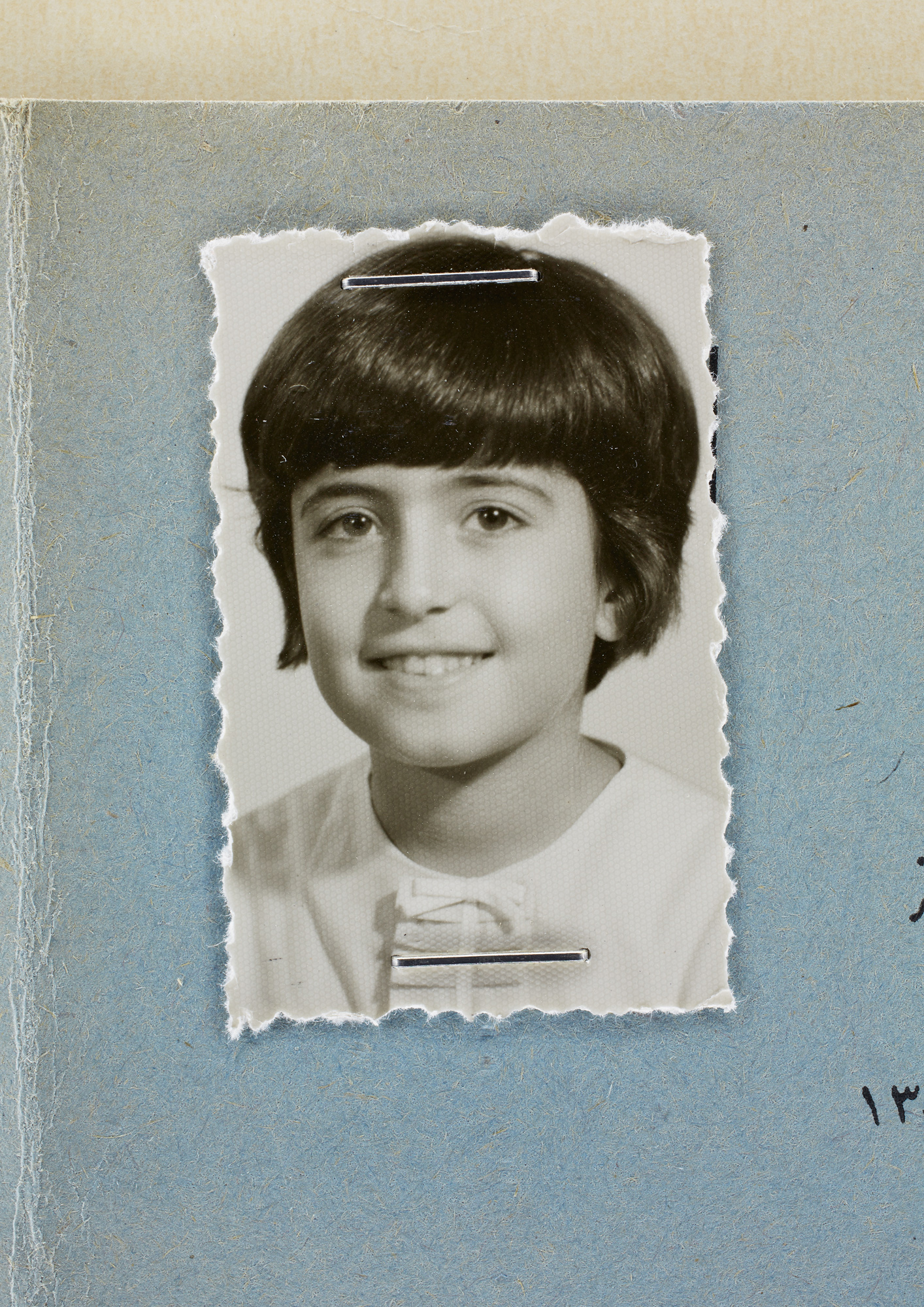 The old saying “A picture says a thousand words” is taken to a new level by Ali Mobasser’s photography series “A Life Told in ID Photos” where not only a thousand words were conveyed by his images, but the whole life story of Afsaneh Mobasser, a girl who was born in Iran in 1957. Growing up in a privilege upbringing, her family was forced into exile after the 1979 Islamic revolution and her life journey coinciding with the most eventful era of Iran’s modern history, is told by Mobasser through her government-issued ID photos from age 7 to age 55. Asked by Resource Magazine about how the idea to “A Life told in ID Photos” came about, Mobasser tells us “On August 11th 2013, my aunt Afsaneh suffered a brain hemorrhage. It happened while my son, wife and I were on a visit to her home in Putney (south west London) to see her. She passed away three days later at the age of 56. Afsaneh had raised me from the age of eight and was like my mother. To deal with the mourning, I began making photographic work about her life and our relationship. My father had found a box of Afsaneh’s personal documents whilst clearing out her belongings. The concept became very clear upon seeing her report cards as a child and her various passports. All I had to do was arrange the documents into chronological order and allow her story to be told.” 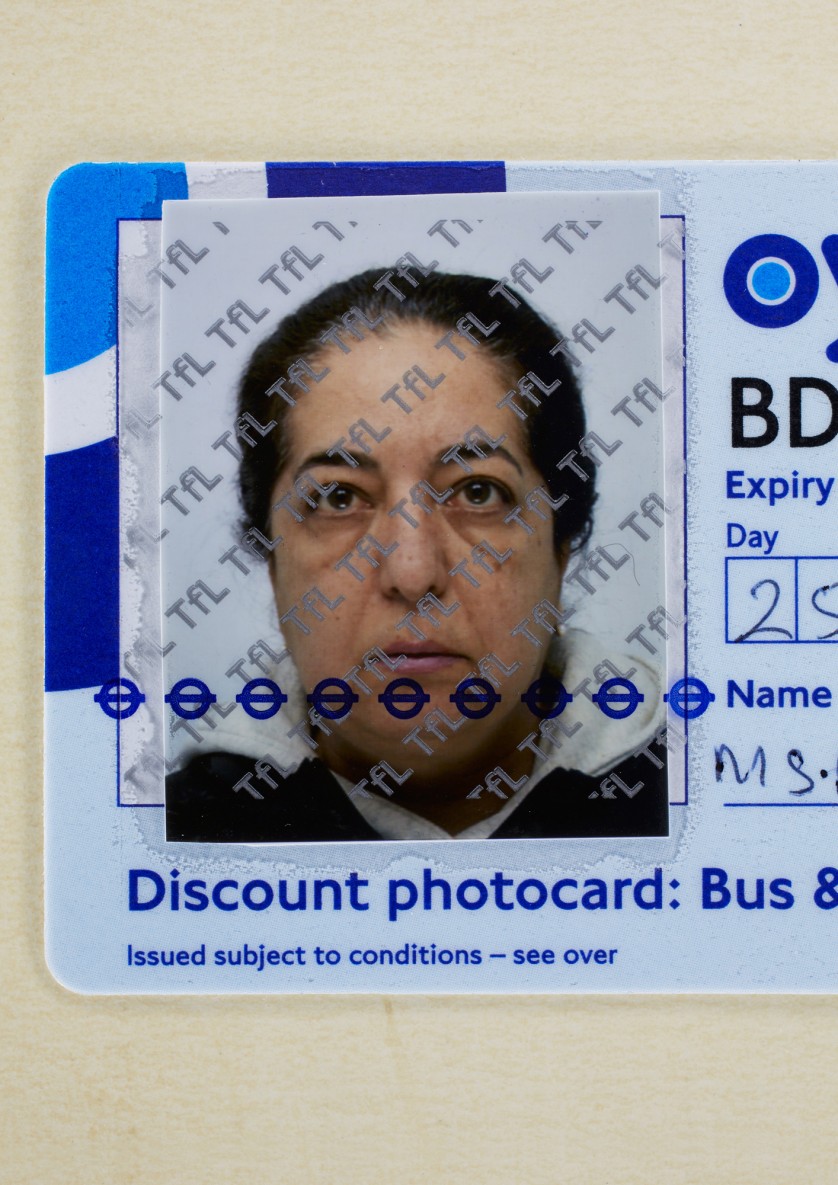 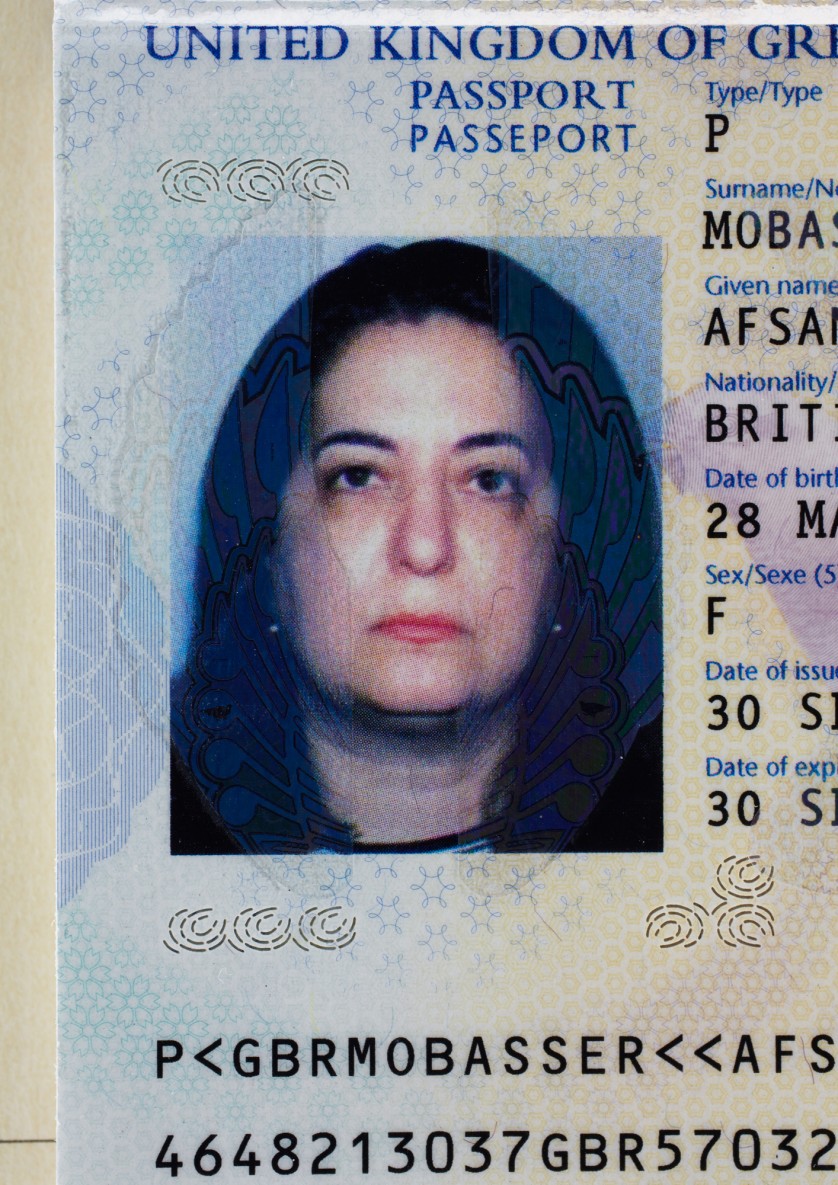 Mobasser’s series gives us a glimpse into the life of Afsaneh from her innocent years as a grade school pupil and into an adulthood caught in the years of political unrest and uncertainty. It was the curiosity of how the years went by in-between these ID pictures that adds to the fascination of Mobasser’s series about her aunt Afsaneh. Like anyone who are knowledgeable about the history of Iran, Mobasser’s series can also seen as brimming with political significance “I believe photography like any other tool can be used for political means. I don’t intend to change people’s political standings in my work, as I want my art to be empathetic in approach and humanistic in nature. However, politics and religion are amongst some of the factors that have molded me as a person and therefore present in my personal work. The main political occurrence being that our family had to flee Iran during the 1979 Islamic Revolution leaving us scattered and displaced in the west.” 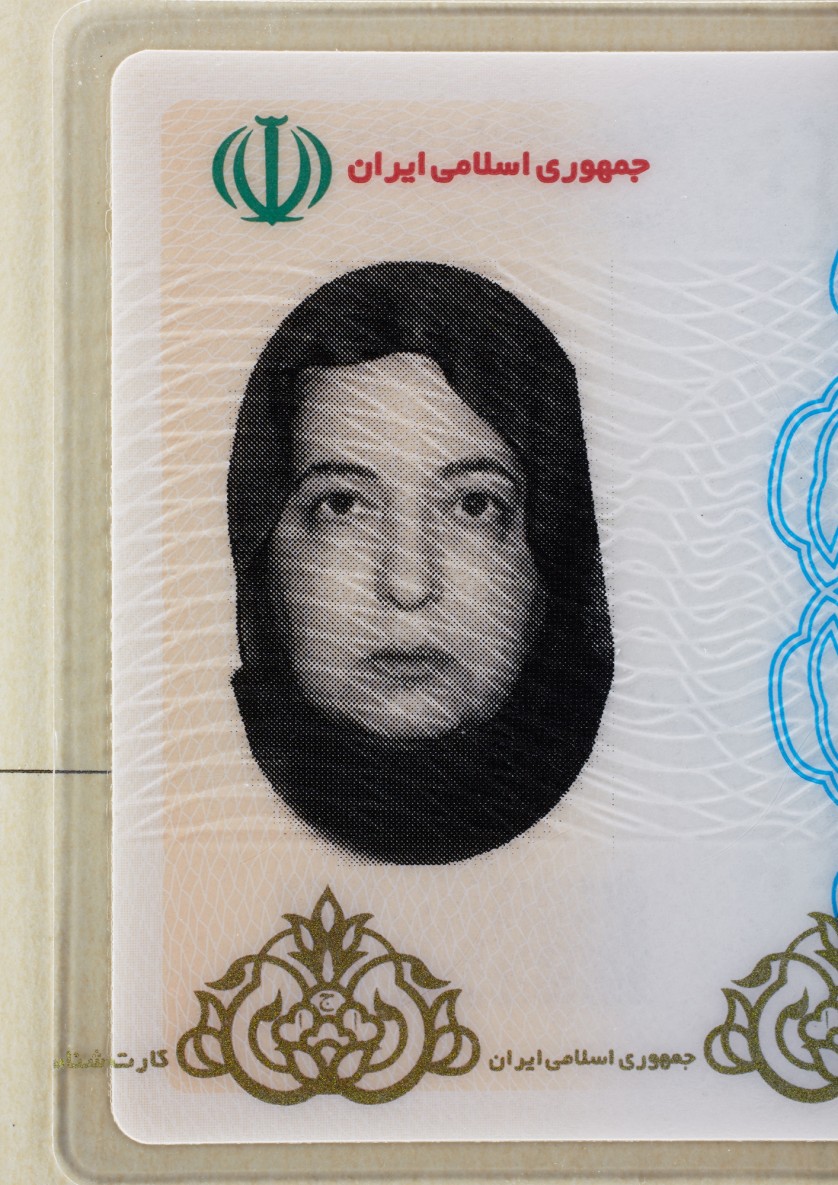 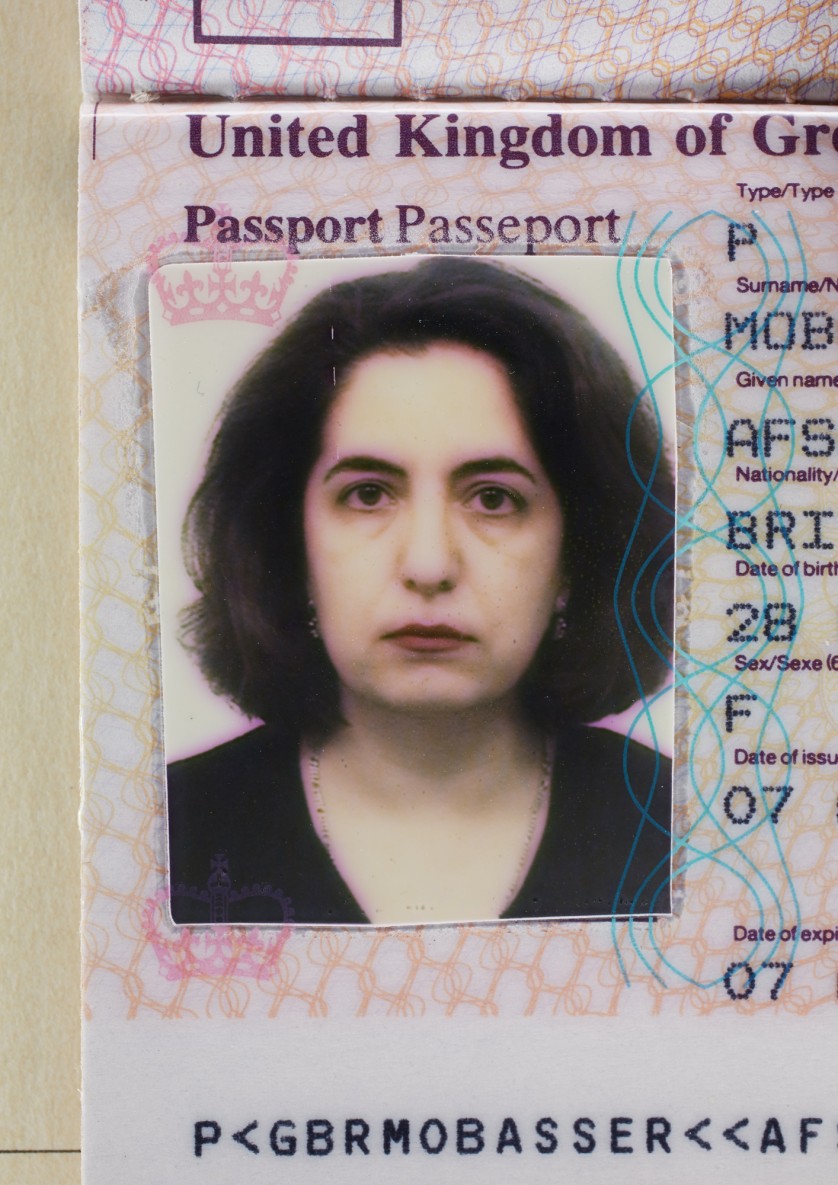 Now based in Northern London where he works as an artist and photographer professionally, Mobasser continues to scale the ladder of success in the photography world as evidenced by his inclusion in Lens Culture’s Emerging Talents because of this series that tells us the story of Afsaneh Mobasser. A companion series called “Afsaneh Box I, II & III’ can also be seen on Mobasser’s website. To get to know more about Mobasser’s body of work and shooting process, read the rest of our short interview with him below: 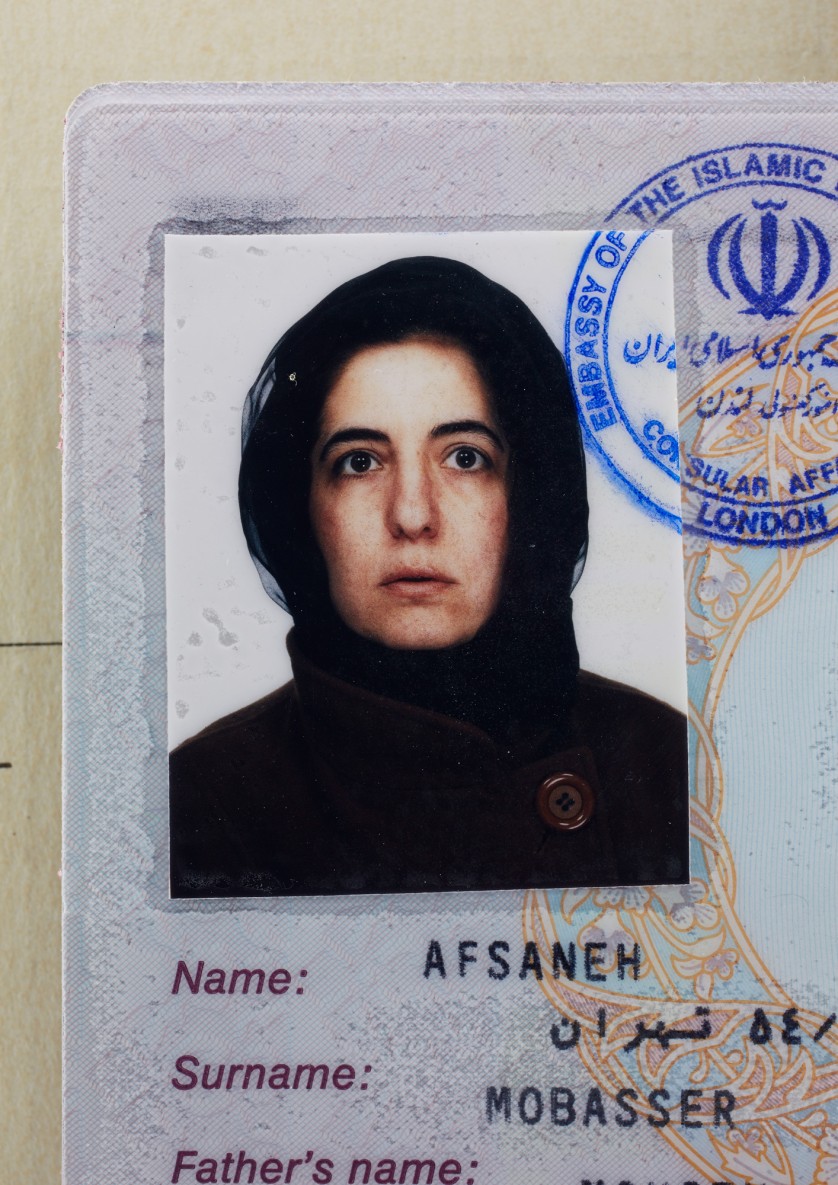 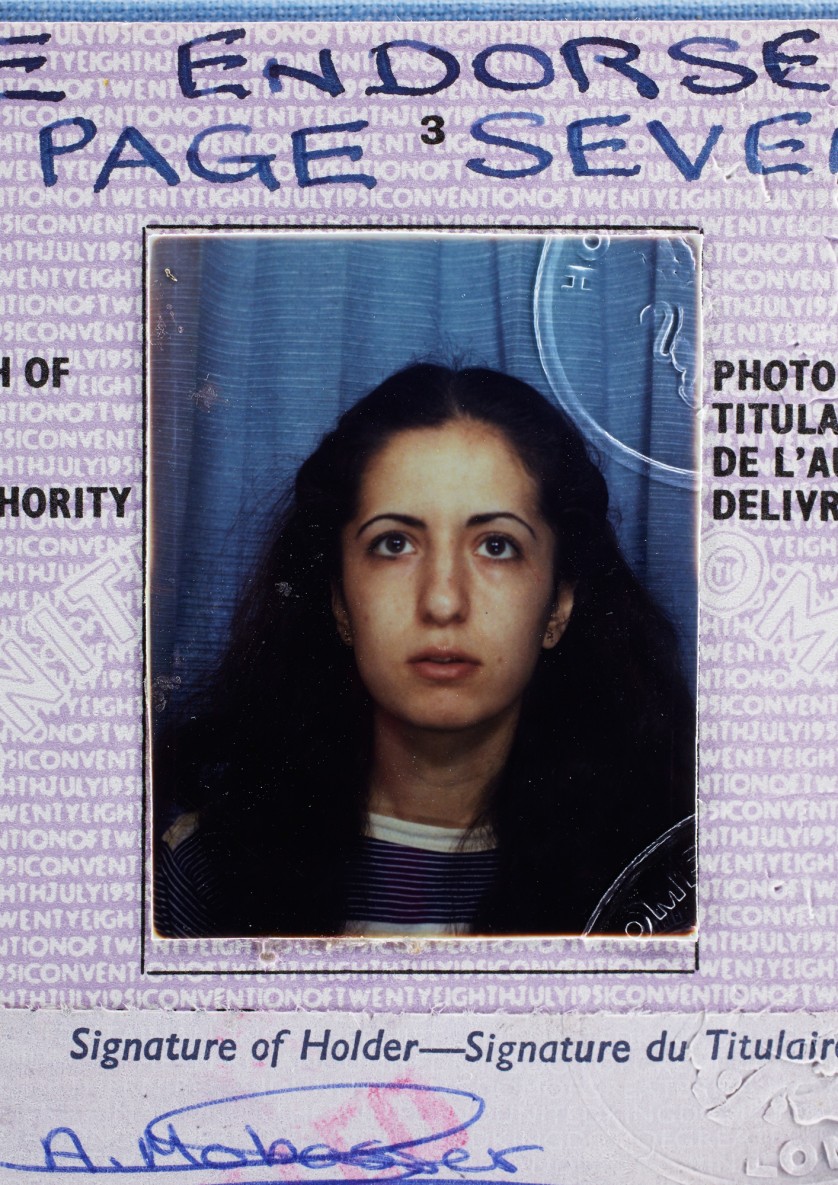 Explain your process in shooting the images in the series?

“The story and order was already there. All I had to do was stay as true to the content as possible. I have developed a textured lighting technique that involves moving a small LED panel during a long exposure. This process can look over surreal if not carried out carefully and my aim was to keep the shadows as subtle as possible as to not distract from what was important. Another decision was to not crop on the photographs too tightly as the surrounding document was as important as the photo. This also created a pleasing frame for the photographs. My final decision was to show the photographs in reverse chronological order. Her happiest times were the ones where she was a child growing up in Iran. The gentle smile in her report cards show this when compared to the uneasiness of her adult pictures. I wanted a happy ending for her story.” 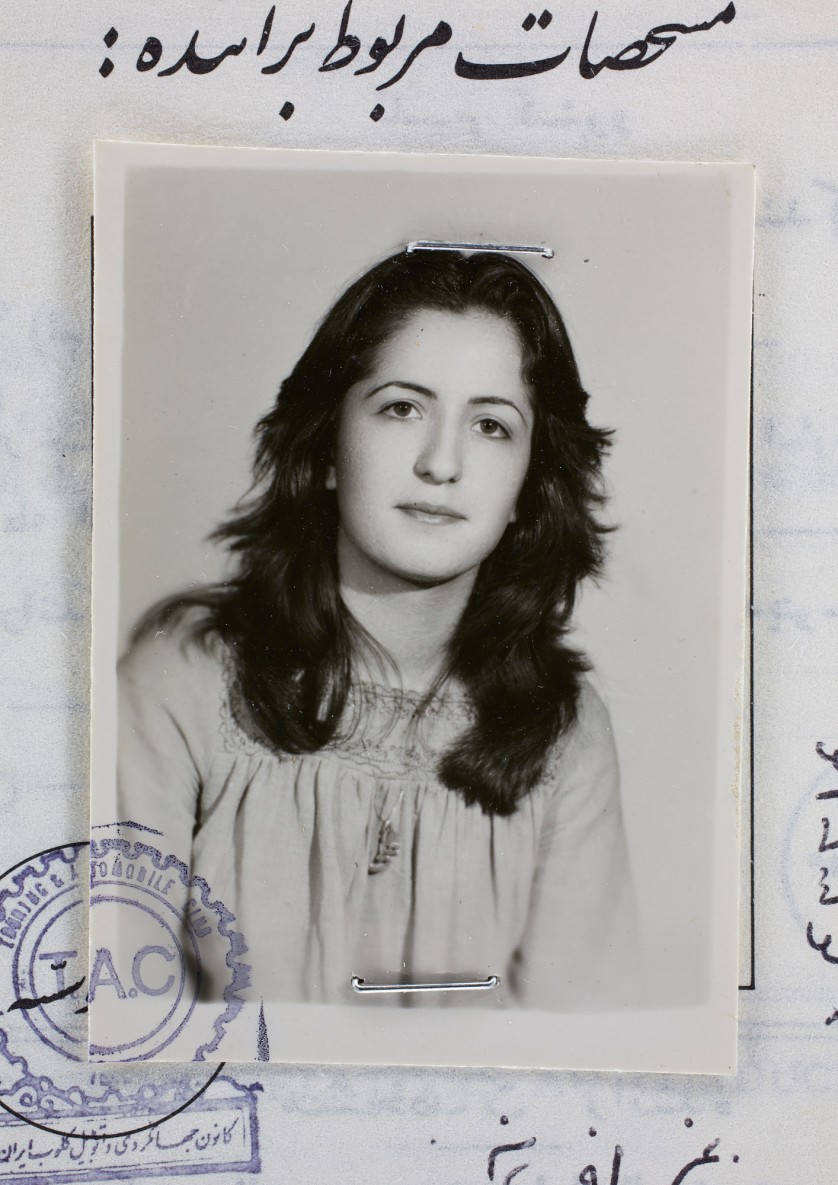 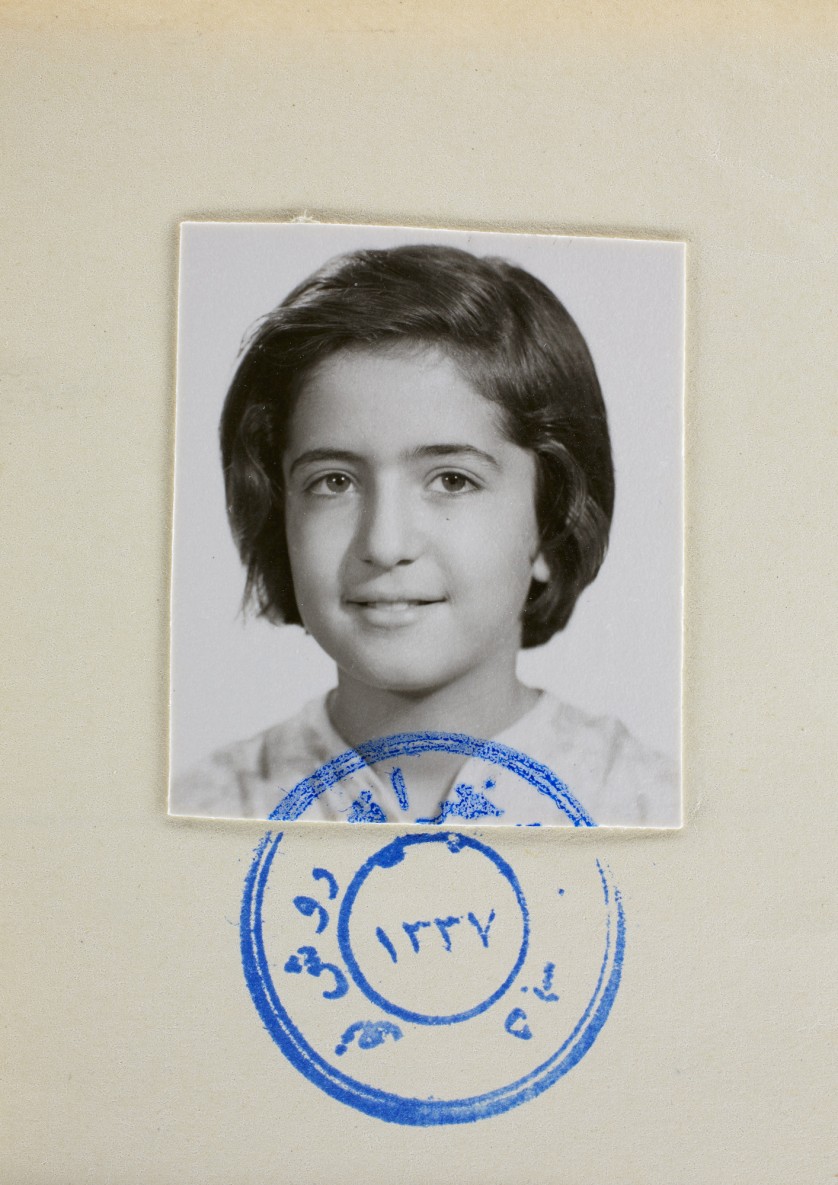 Tell us some fascinating discoveries you had while doing this series?

“Once I had completed the piece I realized that there was a parallel story running alongside Afsaneh’s life; the story of the ID photo going through technological change. You can see how in fifty years technology in photo-documentation has gone from the creation of hand crafted objects that utilized the services of a portrait photographer and a considered photographic process to the digital automation of the photo-booth. The changing process works like a visual metaphor for Afsaneh’s life. For example after the professional portraits of her childhood where a gentle smile can be seen, the Islamic Revolution of Iran is marked by her United Nations travel document. It is the first to be shot non-professionally in a photo-booth and shows us reality in color for the first time. Her look is of uncertainty. Her smile has gone.” 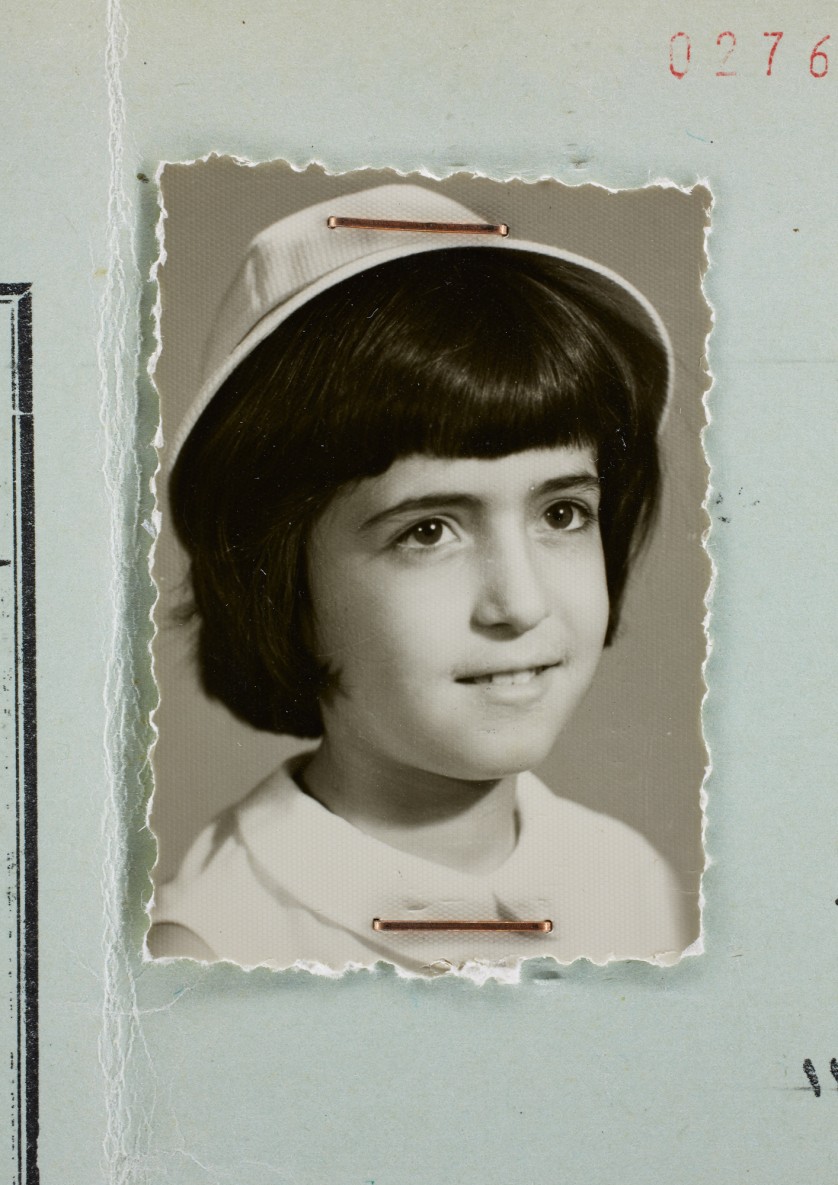 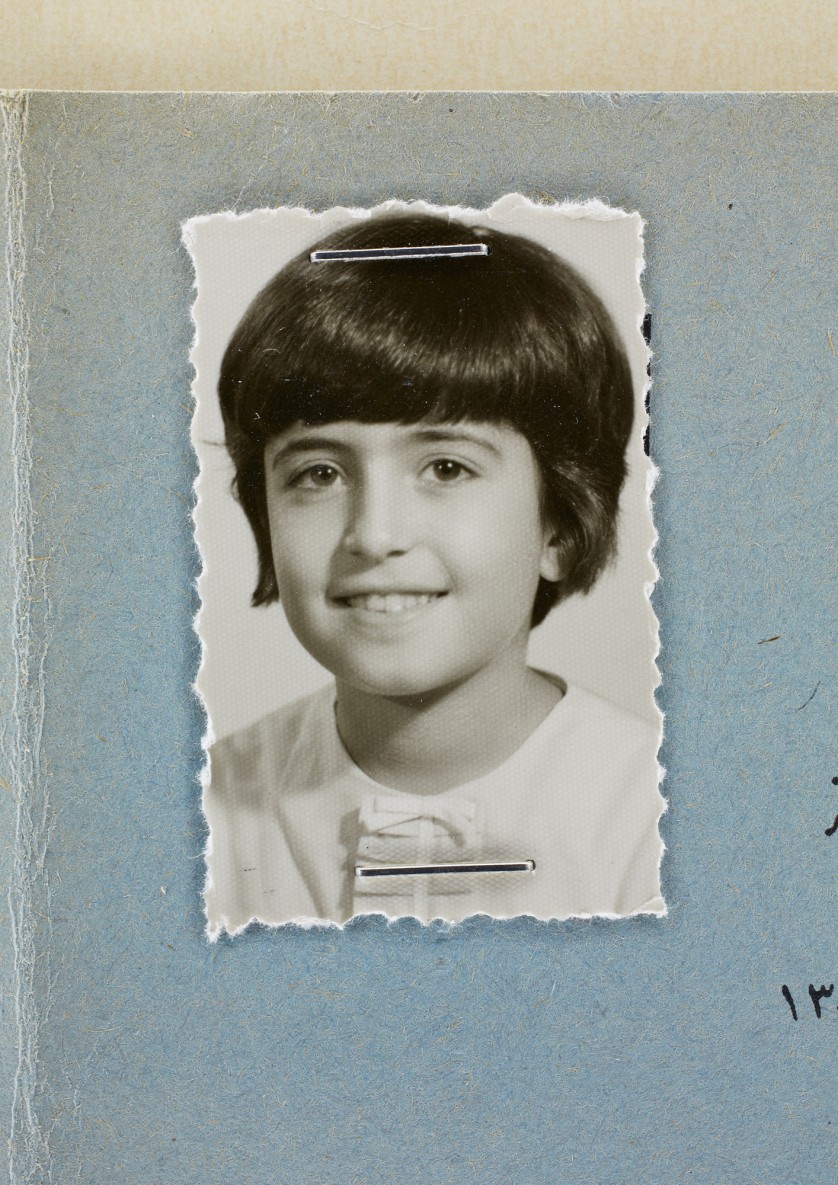 What are your next plans for new photography series?

“Ever since the birth of my son three years ago, my work has become about my identity. There are things in my life I need to deal with so I can be a better father to my son. At the moment I am concentrating on my estranged relationship with my mother who lives in California. All sounds very serious but my mother is actually quite hysterical (good and bad hysterical) and I intend to bring her humor into the work.” 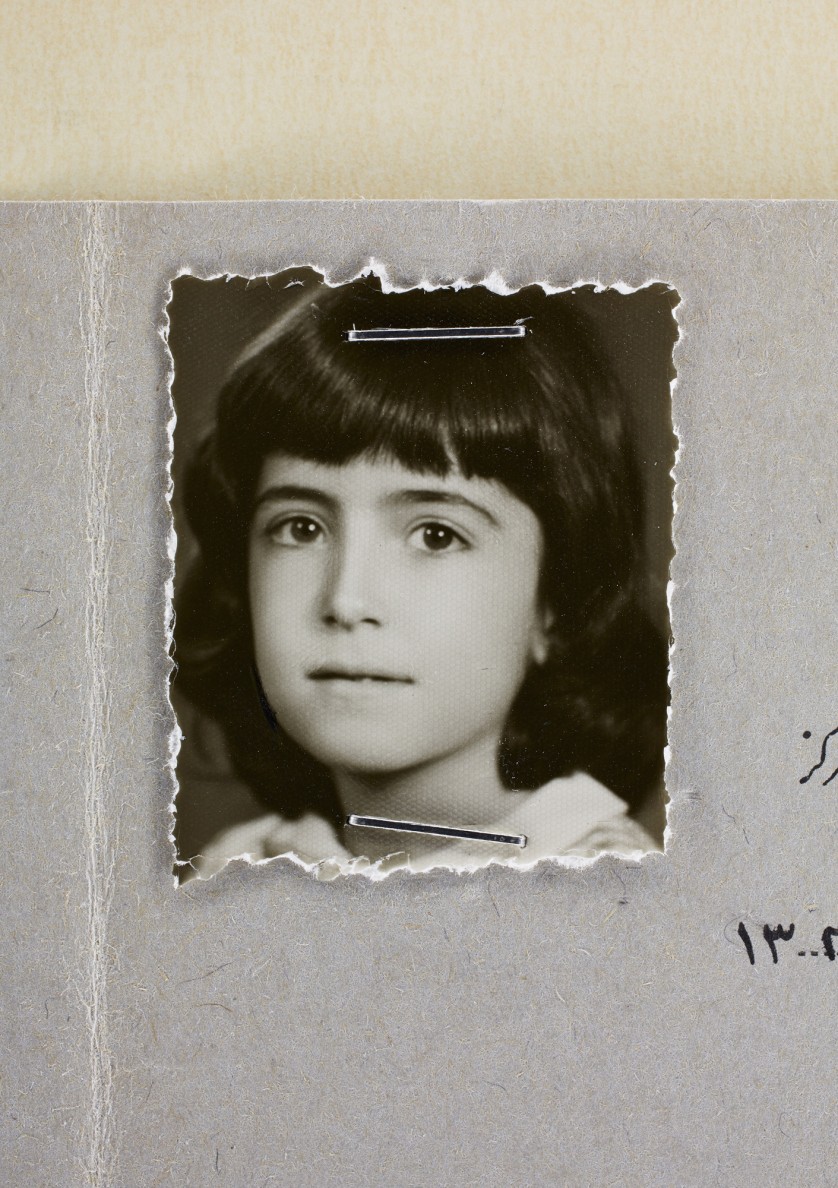 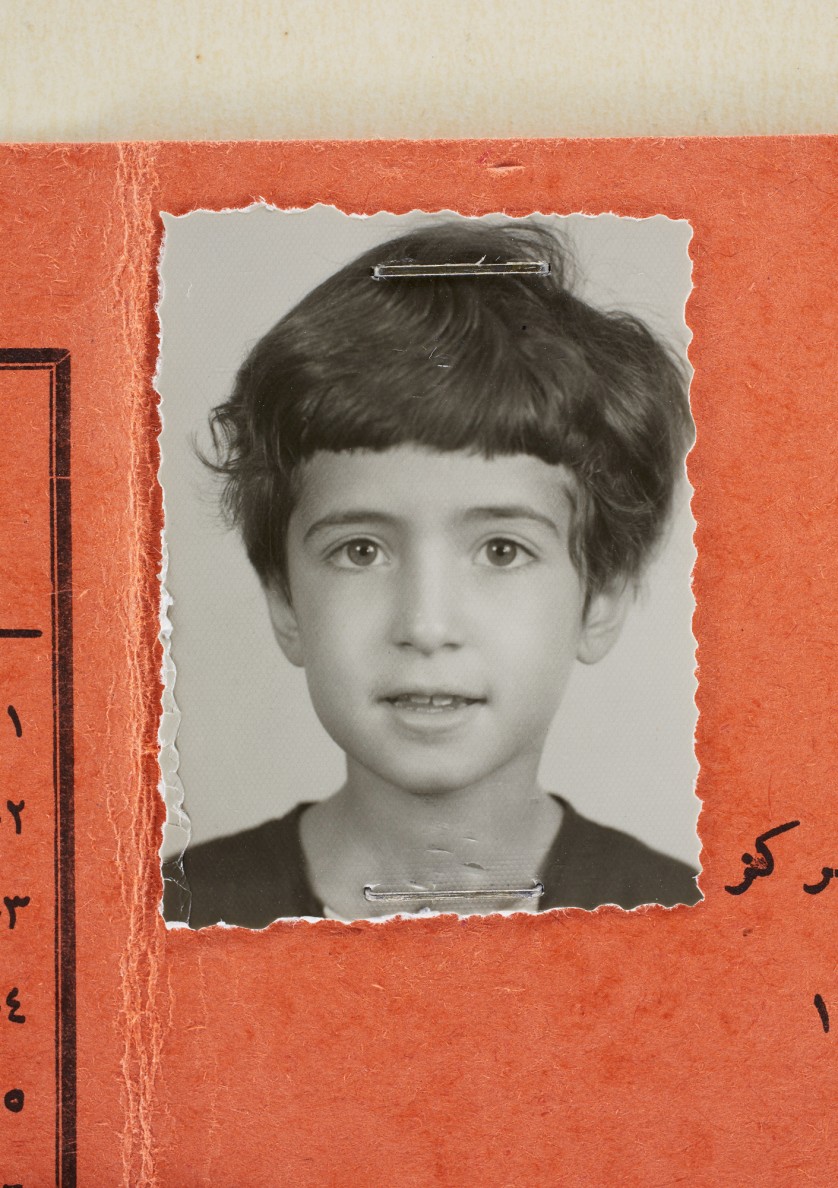 What camera, lens and other accessories you like to use in your shoots?

“I use my Rolleiflex TLR’s almost daily as an observational tool for personal moments, portraits and street photography. I have been using this camera since my late teens. For my still life projects I use digital cameras. This is mainly because of the lighting technique I developed whilst using the Canon 5D Mark 1 back in 2007. By keeping the camera stationary in a pitch-dark room, I use a small LED light source to create a larger light source during a long exposure. The digital playback is essential for me to see the results and tweak my light path or adjust exposure times. I used the mark 1 for a long time and jumped straight to the Mark 3. Last year, I decided to switch to a Nikon D810 and use some of Nikon’s vintage prime lenses. I never use zooms. On advertising jobs I hire in the latest backs (as inevitably that’s what the client wants) and either use Hasselblad’s H system or a Mamiya RZ. Long exposures were a problem in the early days for digital backs but now most of them can cope.” 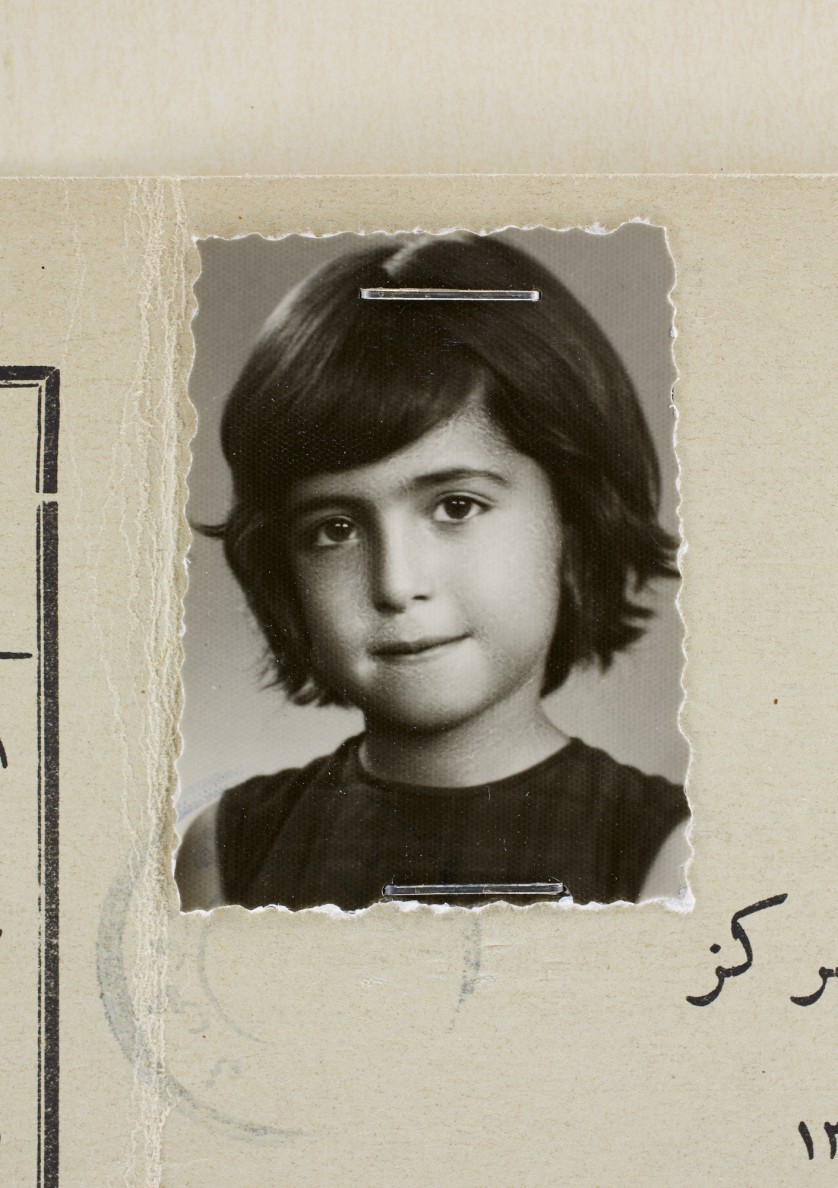 To see more of Mobasser’s work follow check out his website. To be considered for Photographer of the Day, follow us on Instagram @resourcemag and e-mail submissions to seppe@resourcemagonline.com with the subject line “POTD Submission.”