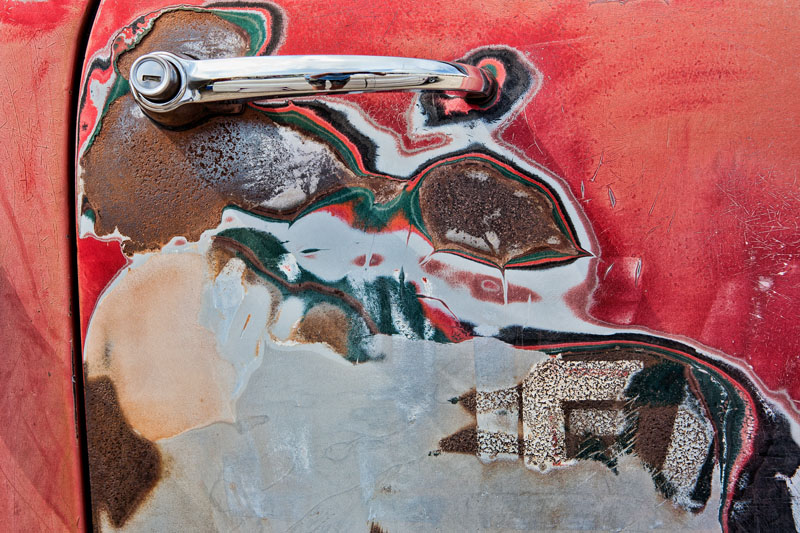 It is rare to see photographs that make you tilt your head whilst trying to imagine various forms, but for photographer Johnny Stevens it is what his series “Rust Rapture” nearly always elicits from audiences. His latest photography series documents the beautiful corrosion that naturally evolves on the exteriors of classic cars. “When someone goes up to a print, cocks their heads and squints, and says ‘What the heck is that?’ I’m happy,” tells Stevens. Falling into the category of abstract photography, the images comprising the series presents a beautiful mesh of colors and patterns that easily attracts the eyes and provides a pleasant visual stimuli. The marriage of rust and old paint enhanced by the passage of time and nature’s toll ends up looking much better on the Rust Rapture series. “The blend of old paint and rust produces a stunning patina” Stevens adds. 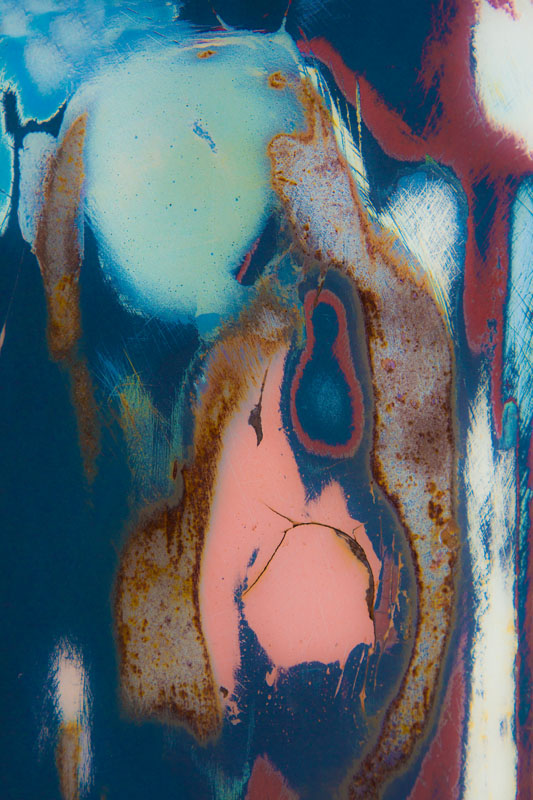 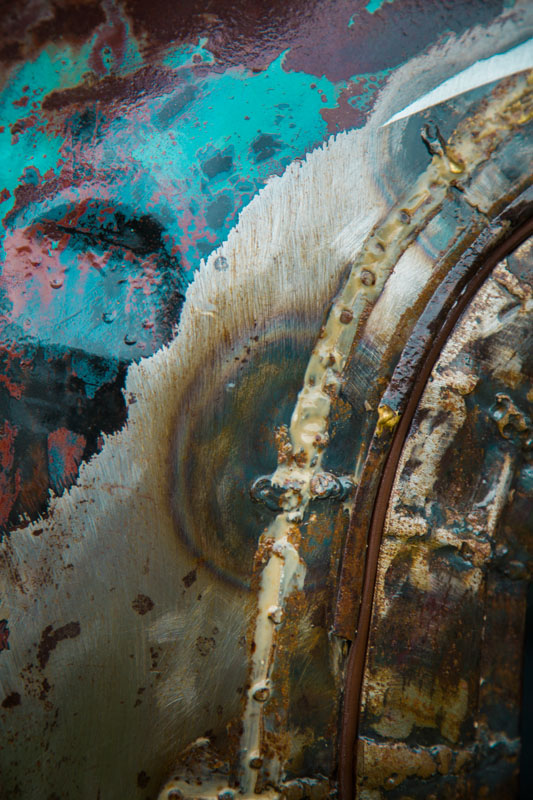 Stevens’ photography career took off after he sold his video production company, Horizon Film and Video Inc., more than ten years ago and ventured into architecture and portrait photography. Like any artist, the itch to do something inventive drove him for some time. “(T)he artistic side of me kept hunting for unusual and abstract” he tells Resource in an interview. Hailing from Austin, Texas with its famous slogan “Keep Austin Weird”, it was just a matter of time before Stevens found the creative outlet he was looking for. 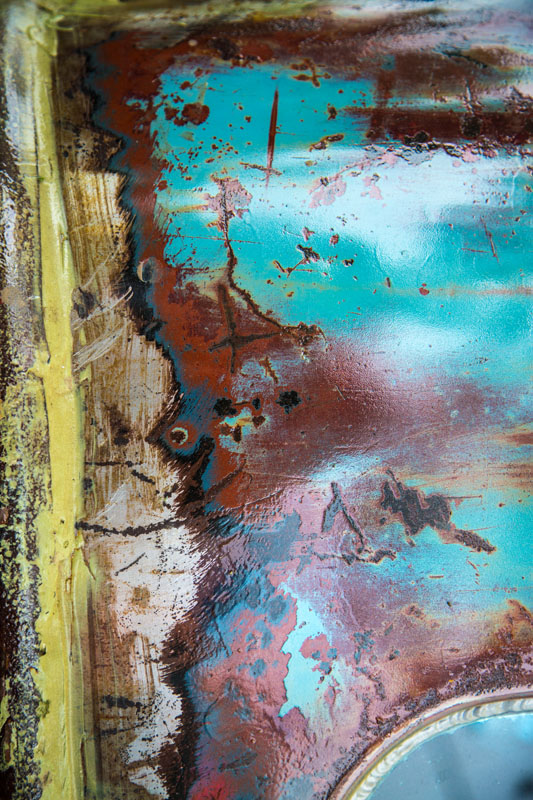 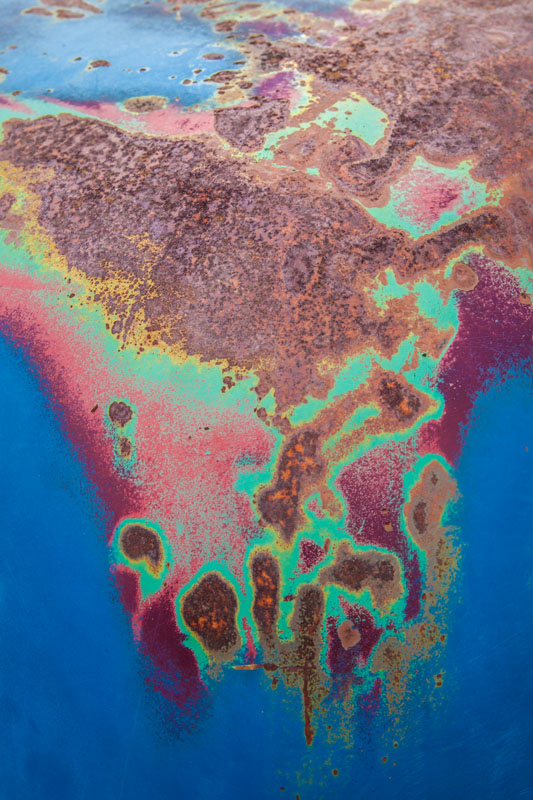 “While at the Lone Start Kustom Car Roundup in 2008, I began noticing bizarre but captivating colors and movement in the textures of the exteriors of the rat rods – vintage hot rods whose exteriors have been subjected to the demise of mother nature- heat, rain, sun and an occasional belt sander. When I got these image home and started extracting more of the detail in photoshop, my knees got weak with anticipation. The images just came to life with personality. I discovered amazing patterns and often hidden organic lifeforms in each image. Every year since, I go to this car show to shoot strictly the rat rods, and cannot wait to get the home to see what treasures await.” Stevens explains to us how the idea for the series “Rust Rapture” came about. 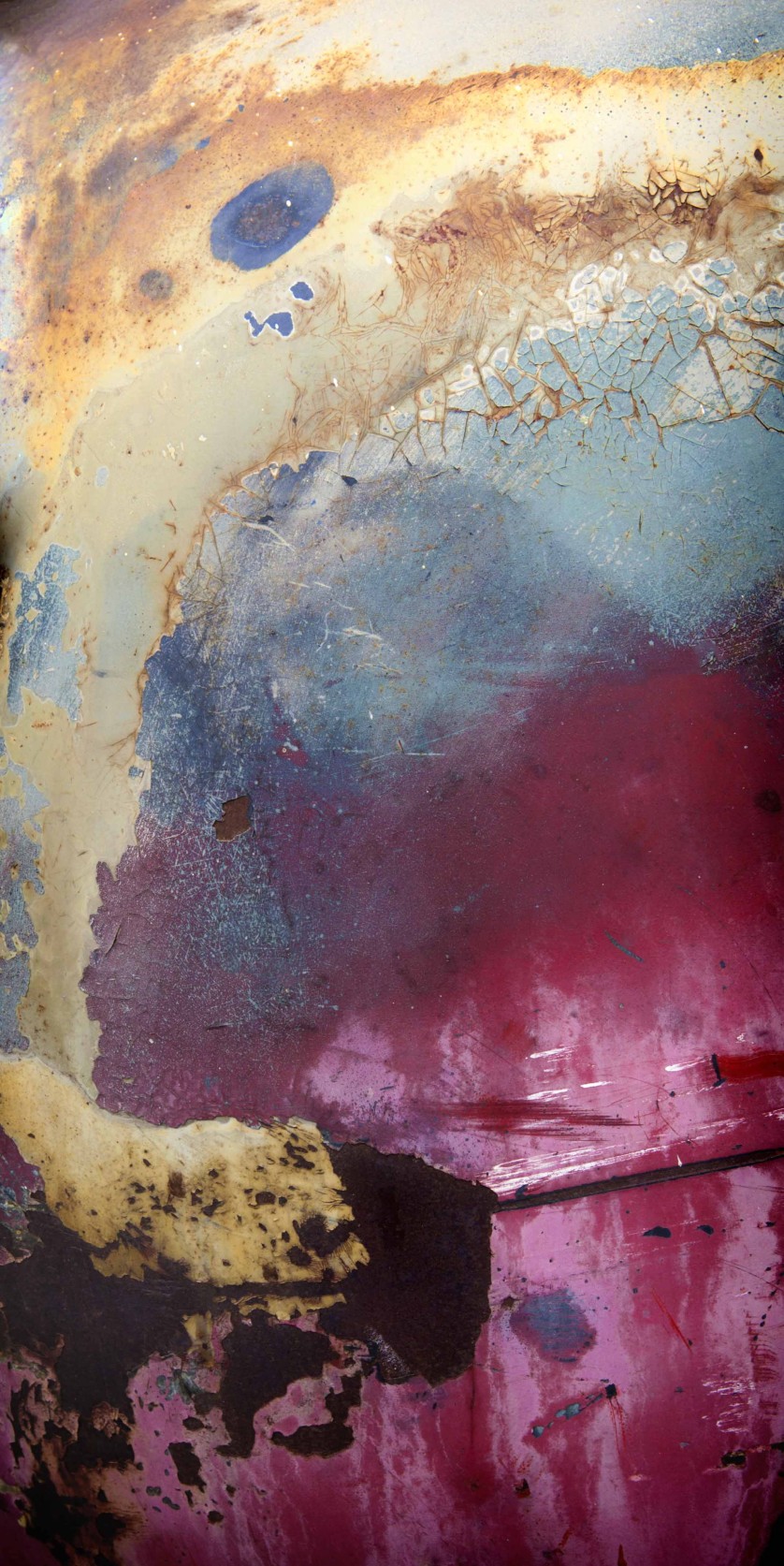 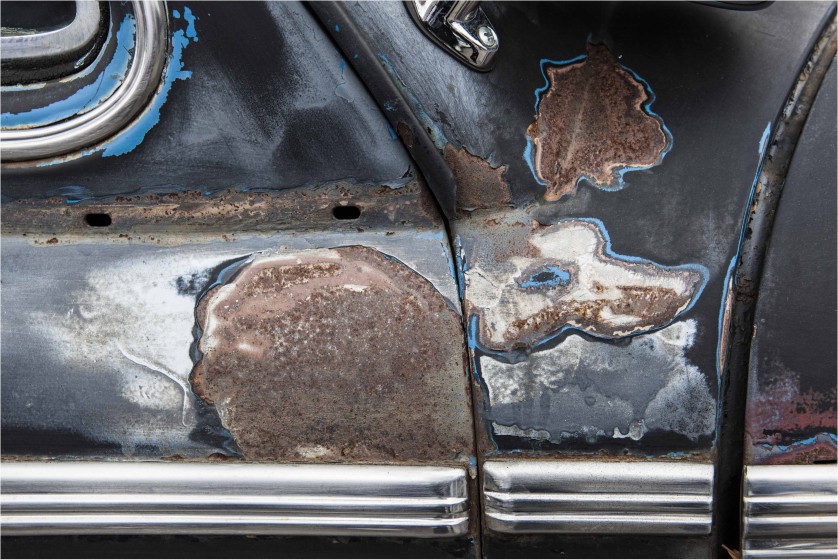 Taking Stevens’ background in architecture photography into consideration, we ask him the relation of it to abstract photography. “The most common denominator between architectural and abstract fine art shooting is recognizing balance in the composition. In architecture, balance is often defined by leading lines, foreground and background and weight within the rule of thirds. In abstract photography, we are allowed to toss the rules out the window but we still look for (a) balance that is more organic in nature. The rule of thirds does still play a big part. I am looking for repeating patterns and disrupted patterns, and the colors that often emerge from primary colors to complimentary colors.” 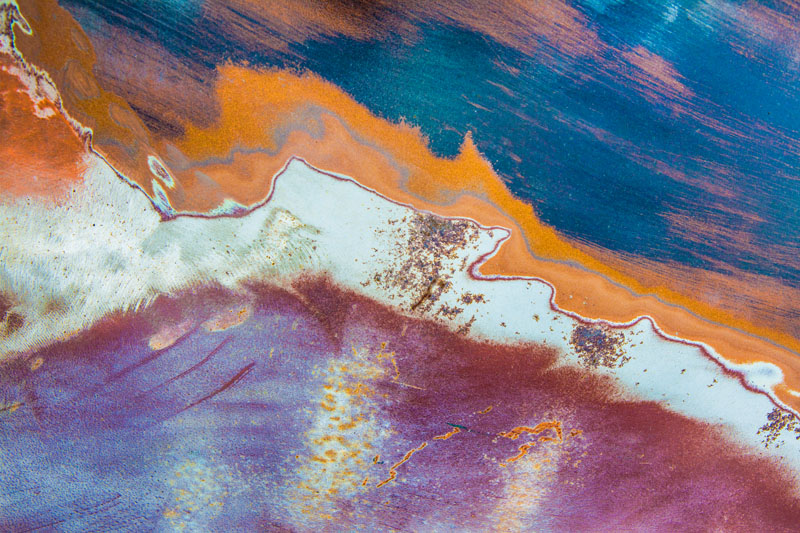 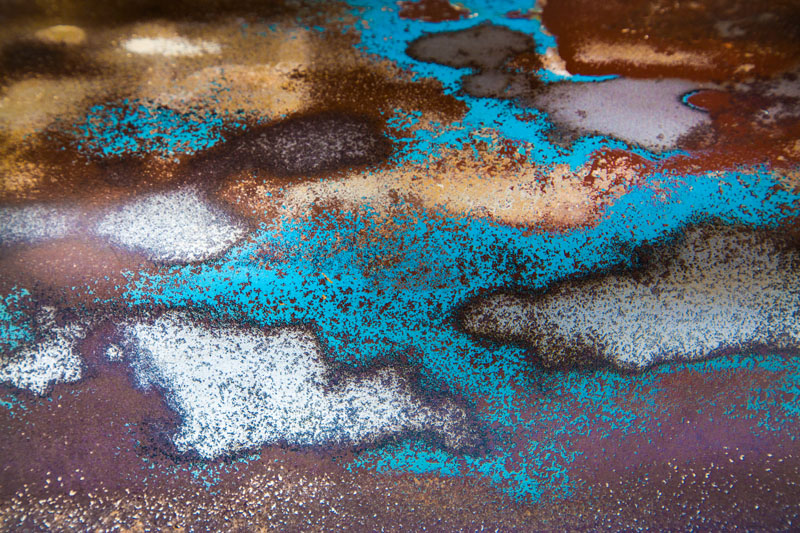 Shooting abstract subjects for a photography project can court risk, but for Stevens’ a string of success followed his Rust Rapture series with a recent exhibition held in East Austin, Texas and not to mention the endless ‘oohs’ and ‘aahs’ emanating from people viewing his photographs. Shooting the series and exhibiting it for people to see had Stevens discovering new things about how the audience look at abstract photography. “One discovery in my most recent gallery exhibition here in Austin was that the majority of print sales were those that had some kind of recognizable hardware in the image, like a door handle or a hinge. As an artist, I am always trying to evaluate what others are attracted to, and this theme keeps poking its head out. I am beginning to think that though people are immediately intrigued with the images, it may be so abstract that they actually enjoy having something tangible to anchor their eye, and give them a point of creative reference – a visual resting place, if you will. Another recent discovery has me going back into my archives to look at older images is that I am seeing life forms emerge in the images. As we gaze at abstract art, we tend to lock into any formations that represent a face, human or animal, or other organic kinds of formations. In photoshop, I may elevate those formations to make them a bit more apparent.”  Stevens narrates to us. 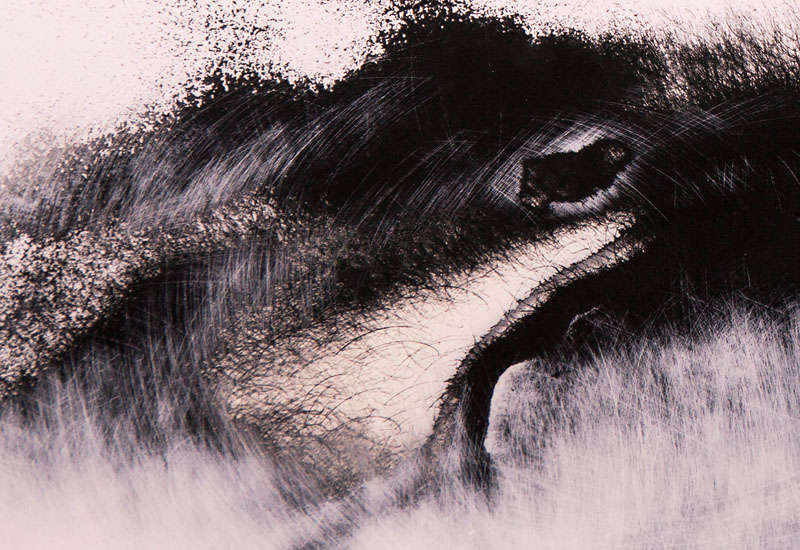 We also ask Stevens about his method of shooting and camera gears of choice for his architecture and abstract photography work. “I use a Canon 5D Mark iii. For my architectural work, I use Canon TS 17 mm and TS 28 mm tilt shift lenses. For the rust rapture images I use the f2.8 28-70 lens for this kind of shooting. I try to shoot at f5.6, not because of depth of field concerns, since my subject is often flat, but this is the happy stop for that lens, the best resolution and sharpness. I shoot hand held so, at least 1/125 shutter. I have tested popping a strobe on the finishes of these cars, but I have found that the big soft box in the sky does better lighting for me, and when there is peeling paint textures, the shadows from the sun really make those images pop.” 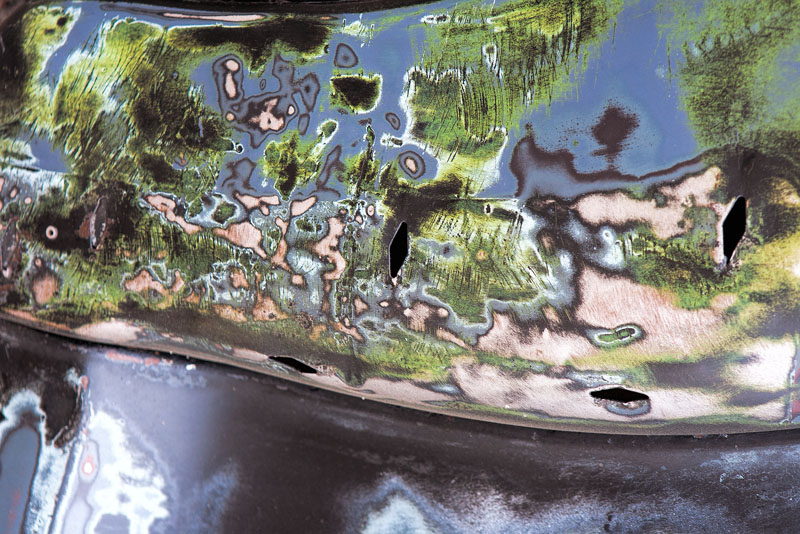 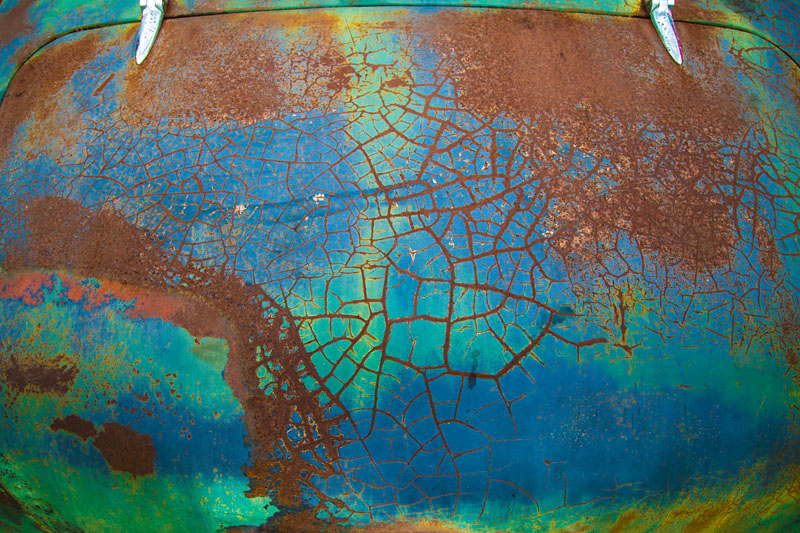 Coming from the heels of the amazing reception of Rust Rupture, we probe Stevens on future plans for his next photography series. “I am really drawn to slow shutter pin light imagery. I am trying to test all kinds of ways to let colored light paint the picture by shooting slow and moving the camera intentionally, often as the light source moves too. One example of this technique is in camera tossing. I am still trying to figure out what really works here. I will use my old 5D set the shutter release to 2 seconds, focus blurred, shutter at 1/30 or slower, push the trigger, toss the camera up, and if the background is also moving like a Ferris wheel at night, you can get some very intriguing imagery.” 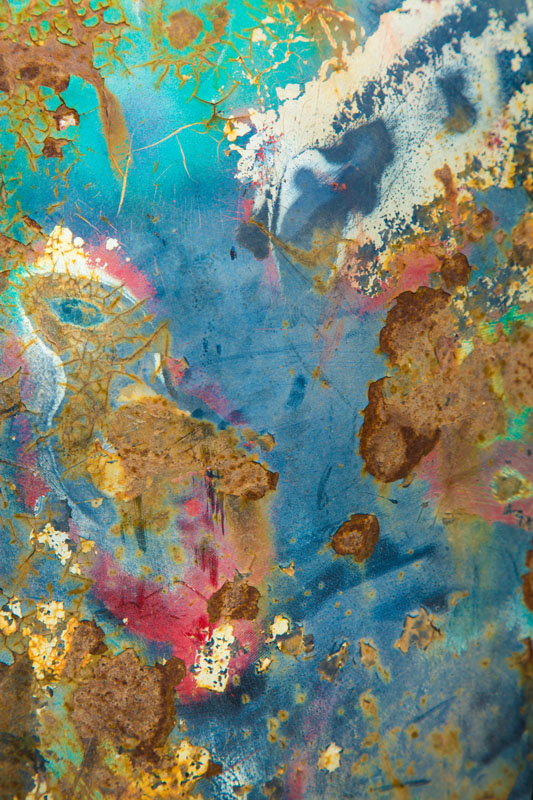 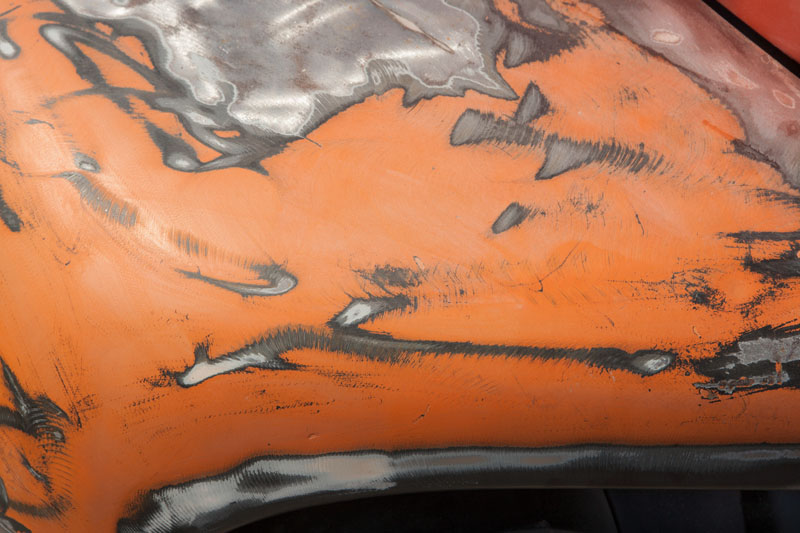 To see more of  Johnny Stevens’ work check out his website. To be considered for Photographer of the Day, follow us on Instagram @resourcemag and e-mail submissions to markyramone@nomadicexperiences.com with the subject line “POTD Submission.” 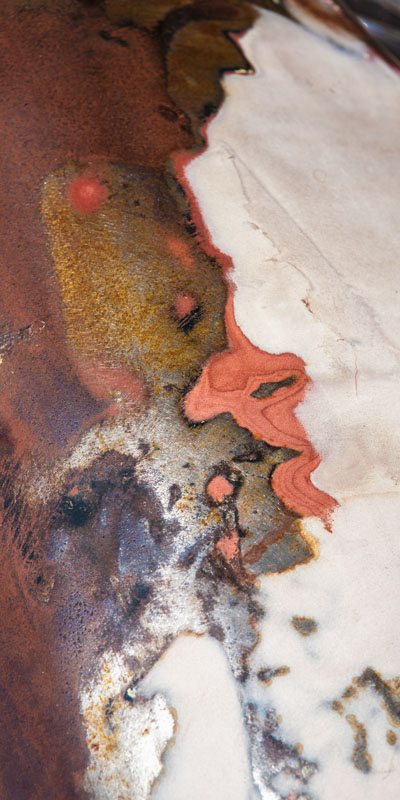 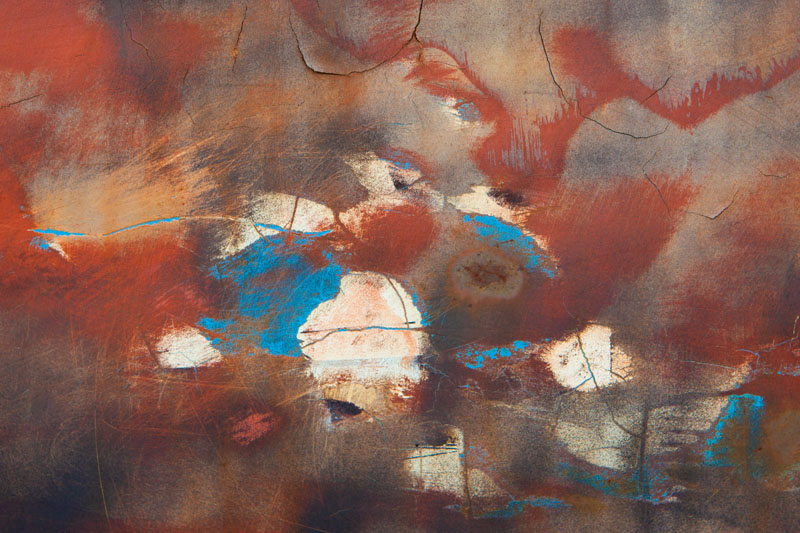 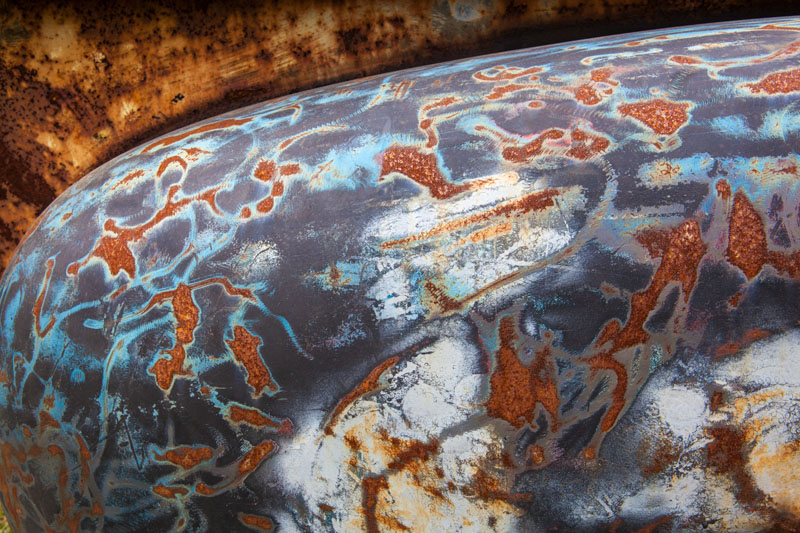 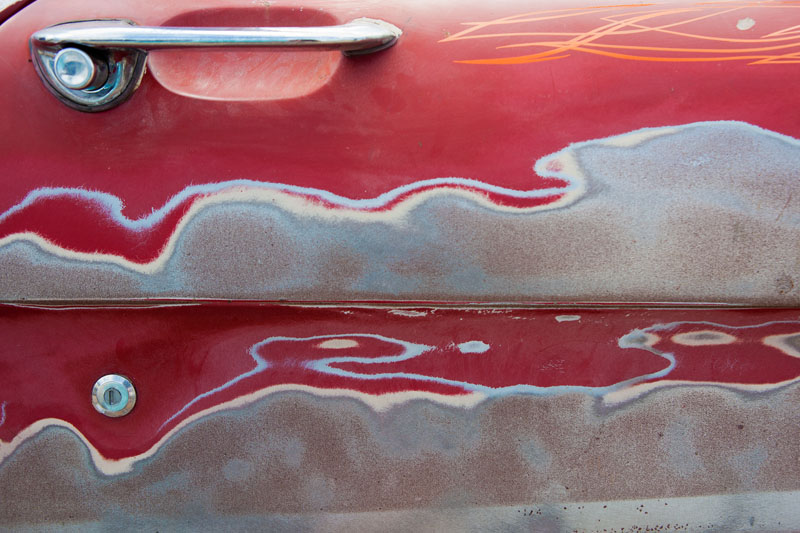