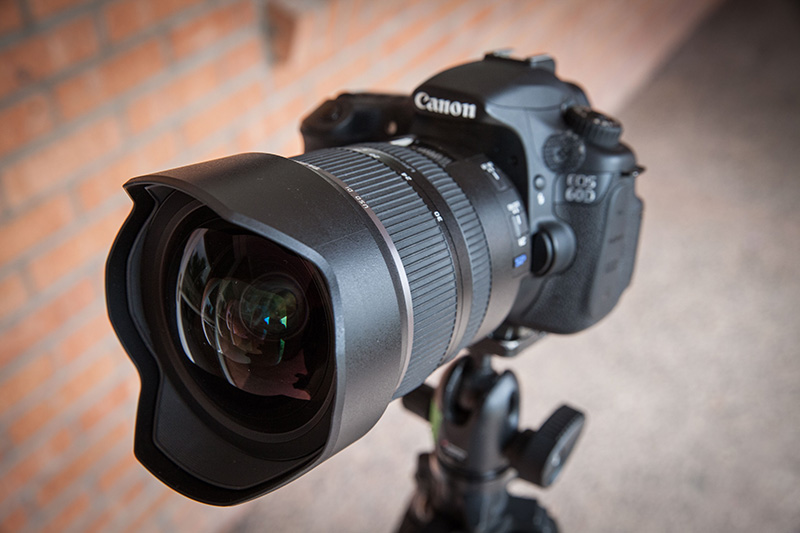 Wide lenses that are fast always seem to be in demand, but with more and more photographers shooting video on DSLRs, image stabilization has been just as, if not more, important to them. I had the chance to test out a wide angle lens that has both features, and covers a full frame sensor– which is actually the first of its kind.

The Tamron SP 15-30mm Di VC USD is more than just a bunch of acronyms after a focal length. It is the first wide angle lens of its kind to offer image stabilization while having a maximum aperture of f/2.8. That one extra stop of light can be a big deal for photographers and filmmakers who often work in low light environments, and its price tag isn’t terrible either – currently $1200 on B&H.

I got to use this lens for about a week, so I was able to grab a few snaps in between projects to learn more about the lens, and I’ll share all of that with you below. If you’re wanting MTF charts, check out this article. For test chart comparisons, look here. My writeup will just be my hands on experience and opinions. 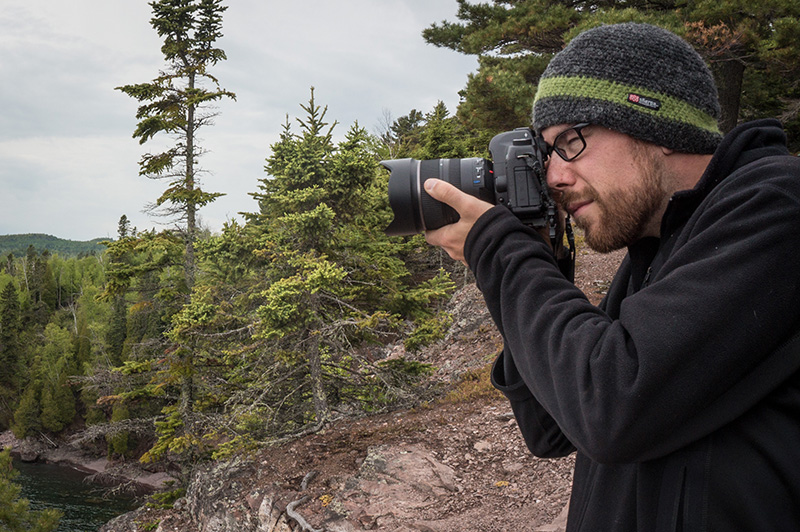 A bit of background on who is doing this review: I’m a documentary filmmaker/photographer, who focuses mostly on projects involving the outdoors and locally-focused businesses. I dabble in landscape photography but most days I’m shooting video with a Sony FS700/Canon C300 or a my trusty little GH4. For testing this lens, I’ll be using a Canon 5D mark II for stills and a mark III for video. So, to get on with it… 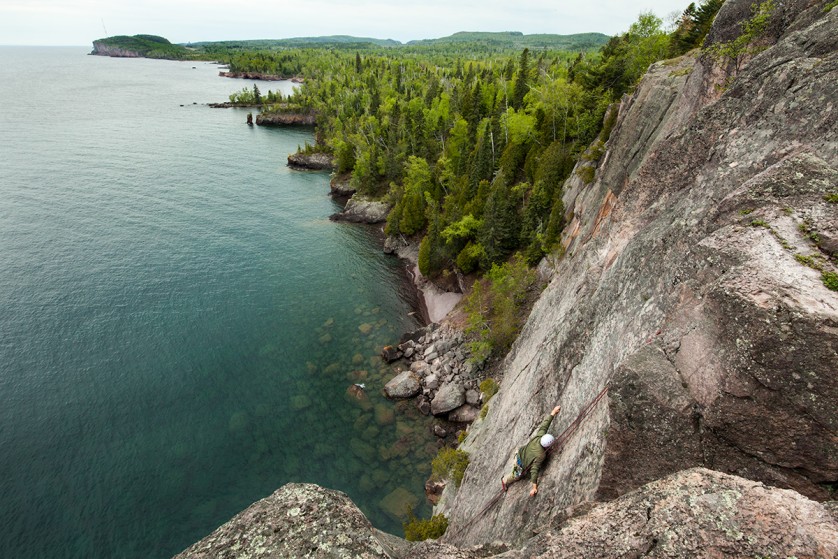 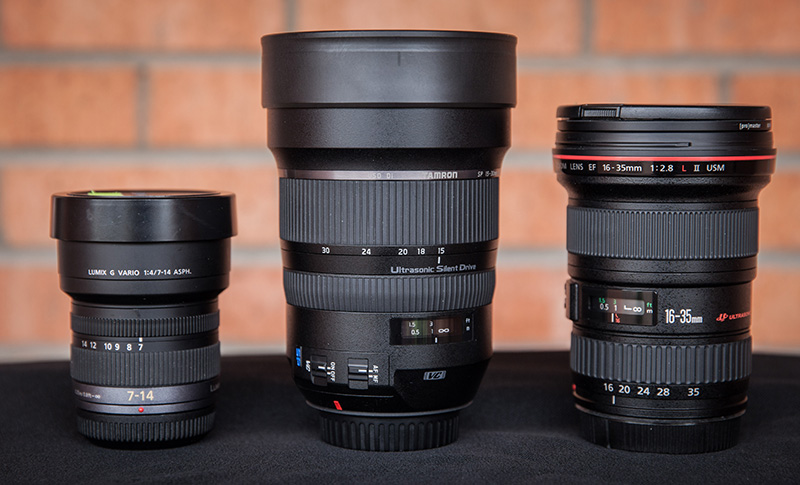 My guess is that the extra large size is due to the image stabilization, most likely military-trained micro-chickens are in there, using their balanced heads to hold up the lens when you switch the VC on.

But seriously, it’s pretty big, as in almost cinema-lens big.

It’s also heavy, weighing in at about 2.5lbs, noticeably heavier than Canon’s 16-35 f/4 IS lens. I’m not sure I would want the extra size or weight when going on weekend trips in the backcountry for hiking or climbing photos.

The outer physical size of the lens doesn’t change when you zoom, but inside the lens hood, you can see it does move forward and back.

Obviously, the image stabilization (which Tamron calls “Vibration Compensation” or VC) is the big feature here. It seemed to work OK for still images for me shooting handheld, but I was mostly interested in how it worked with video. I used the Tamron 15-30mm on a 5D mark III, with the VC of course turned on, to see how well it could steady footage shot of rock climbing, which I often shoot handheld, but is one of the most shaky situations I find myself in. I went out with a few friends in Southwest Colorado and quickly got the clip below.

I did a minor fix on the color correction and made it black and white- otherwise these are just a couple pieces of raw footage, no stabilization (in post) or other tweaks, so you could see for yourself. I felt that the stabilization was pretty good– there were times my steady hand combined with the VC made it look like I was mounted on a tripod. I used the AF to catch focus a few times during the clip, and it worked as good as my Canon glass usually does.

As far as the autofocus goes when taking stills, I found it to be a touch slower than my 16-35mm f/2.8 II. Not by a lot, but just enough for me to notice.

This lens has the zoom ring as the outer most ring, with the focus ring being close to the camera body, which is opposite of how Canon (and some other lens makers) builds their lenses. This CONSTANTLY caught me, as I’d naturally try to zoom, only to change focus by mistake.

The lens has a built-in hood, and therefore has no filter threads. This means you can’t use screw-on filters, so you’d have to get a pricey filter holder system. For some, that might not be an issue, especially if they already have a large filter and a mattebox system, but just about everyone I know does not. I use ND and polarizer filters all of the time when shooting landscapes, so the added cost and weight of the additional gear would make it a pain for projects like what I typically do.

I tried to capture some lens flare in a few images to see what that looked like, as I quite enjoy the flaring I get with the Canon 16-35mm f/2.8 II. Here’s an example of a what I captured with the Tamron 15-30mm. Click to enlarge. 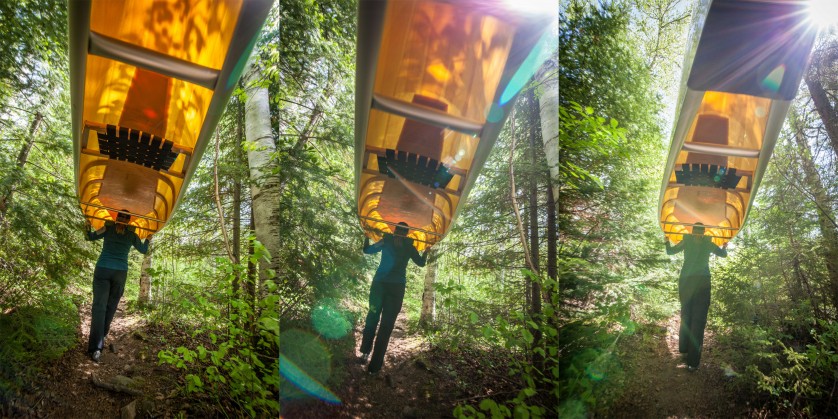 While trying to get that shot, it revealed another weakness of this lens to me. Here was a photo I took about 60 seconds later. 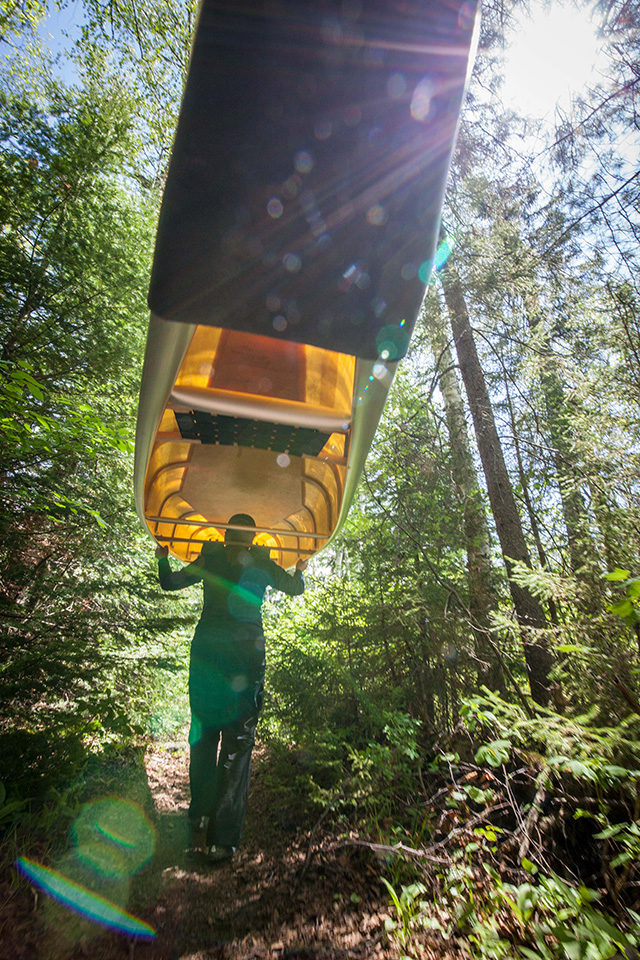 With as large and exposed as the front glass is, I found it to be extremely susceptible to getting covered in pollen, dust, and other stuff that ruined my shots. Sure, this could happen with my 16-35, but I use UV filters to protect the actual lens so I don’t worry about it too much. Cleaning filters is not an issue for me, but when my actual lens is exposed, it does make me nervous. My first and only scratched lens occurred when I tried to clean a 24-70mm that didn’t have a lens filter on– apparently a grain of sand had got on it, and I didn’t use a blower before wiping. It left a nice little scratch on the outer edge. Point is, I’d rather get dirty and then clean $50 UV filters on the regular, than the $1200 lenses they protect.

Price Comparison
If you’re on Canon, the other lenses you might be considering are listed below:

So the Tamron is priced right at the level of the Canon f/4 IS, but it is one stop faster. The Canon f/2.8 has no IS but will cost you another $400. Both Canon lenses have filter threads, and are smaller and lighter.

Is it worth it?
It just depends on what you’re shooting. For the price, it’s a great lens, period. Having IS and f/2.8 is a big deal. But, if you aren’t ready to invest in an filter system for it, or you do a lot of work where every ounce of gear you take matters, the current offerings from Canon might be your best bet. If you shoot a lot of run and gun video on Canon/Nikon DSLRs, the IS will be a godsend– but if you’re on a different system that isn’t full frame, like a Sony or Panasonic video camera, there are wide angle lenses with IS that will likely get the job done at a smaller size, weight, and price tag.

We give the Tamron 15-30mm VC f/2.8 three out of five stars for being the first full-frame wide angle lens that opens up to f/2.8 while adding IS. A handful of small issues keep this from being the must-have lens of 2015.