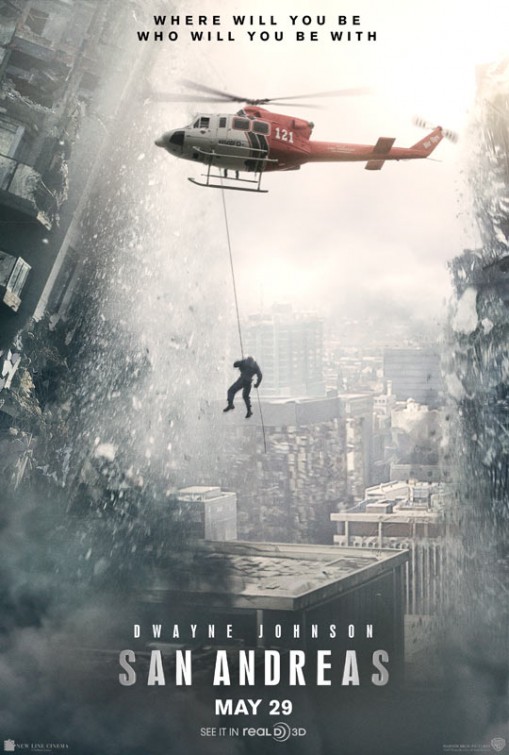 Whether you’re watching a new release from the comfort of your home or the luxury of a theatre, you’re viewing the same movie. Sometimes you don’t bat an eye at the intense graphics induced by saturated CDIs, other times you do. Sploid recently released an insider’s look into the reality of Brad Peyton’s San Andreas’ filming—surprising some, snoozing others—finding out whether or not viewers would recognize the recent blockbuster without its special effects.

Dwanye “The Rock” Johnson stars in San Andreas which—in comparison to other worldly recognized, overly computerized flicks—is mildly impressive for its seemingly minimal use of blue walls. Yet, Sploid’s video, as expected, plays to the hilarity of actors aimlessly screaming at disastrous events that were not—in any shape or form—actually happening.

Following in the reigns of other cult disaster flicks like Into the Storm, 2012 and The Day After Tomorrow, San Andreas chronicles the demise of the hot spot’s foreseeable future, but with a considerable level of respect that deserves recognition. The apocalyptic-like film utilizes a substantial degree of practical on-set shooting in tangent with an astonishing amount of stunt acting.

The overwhelming water take-over scene—that has been hyping the movie leading up to its premier—is undeniably worth catching a glimpse of considering its crushing reality. The reactions induced by literal and fabricated currents in sync with its “victims” happenstance is truly priceless—and in need of checking out.