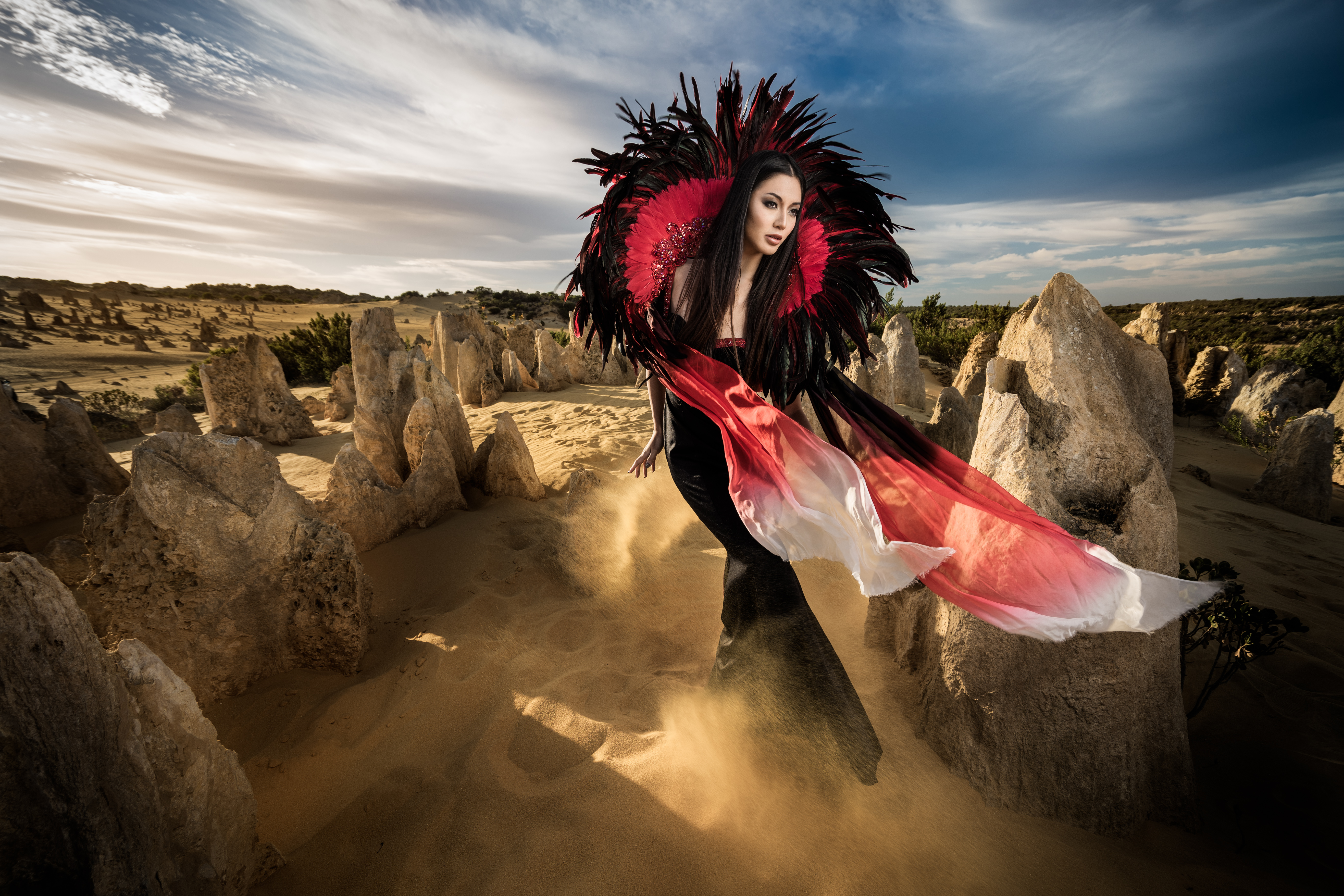 When Nothing Goes as Planned, Do It Anyway!

Benjamin Von Wong has quickly become one of the most sought after and creative photographers in the industry, thanks to his reputation of delivering epic results. From chaining models to shipwrecks, to dangling superheros off of the edge of a 40 story building, Von Wong always thinks outside the box, and is fearless.

But what happens when things don’t always work as planned? One such shoot didn’t go exactly as Von Wong was expecting, but the results are just as beautiful.

Von Wong was on his way to Australia to speak at the Australian Institute of Professional Photographers when he reached out to local photographer Anna Tenne with a simple question…what should I see in Australia? Teene responded immediately linking him to photos of a other-worldly place north of Perth called the Pinnacles.  The dramatic desert landscape with weathered rock spires convinced Von Wong that this was a location he wanted to take advantage of. So he started his Facebook planning…

Believe it or not, most of Von Wong’s photoshoots are possible thanks to his large following on Facebook. When the idea is implanted in his mind, Von Wong posts his idea on Facebook, asking for his community of followers to help his dream become reality. Location ideas, wardrobe makers, hair and makeup artists, behind the scenes video and shoot assistants mostly all come through this Facebook outreach.

Within days he had all the pieces in place, including an elaborate headpiece from Posh Fairytale Couture, which was the centerpiece of the entire creative design of the photoshoot. But with only a few days until the scheduled shoot, Von Wong learned that a miscommunication with the shipping company would prevent the head piece from arriving in time. As Von Wong writes on his blog,

Disappointing people has always been one of my greatest fears.

This meant two choices: I could either cancel the entire project, disappoint my team ready to drive from up to 7 hours away to help assist, and twiddle my thumbs… or try to find a solution and shoot regardless…I opted for the latter.

Having worked with Von Wong on numerous photoshoots, firmly believe that statement. The charismatic, always smiling artist prides himself on making his shoots fun for everyone involved. Even if you are just holding one of his Broncolor Para 133 lights, it’s a sure guarantee that you will have an enjoyable experience, while getting a informative and educational glimpse into the mind of Von Wong on set. Luckily, one of the Facebook recruited team members found a Samba store that had unique costumes that might work. A phone call later, and Von Wong had escaped a disappointing disaster, but the shoot had to be re-tailored to fit with the new wardrobe. 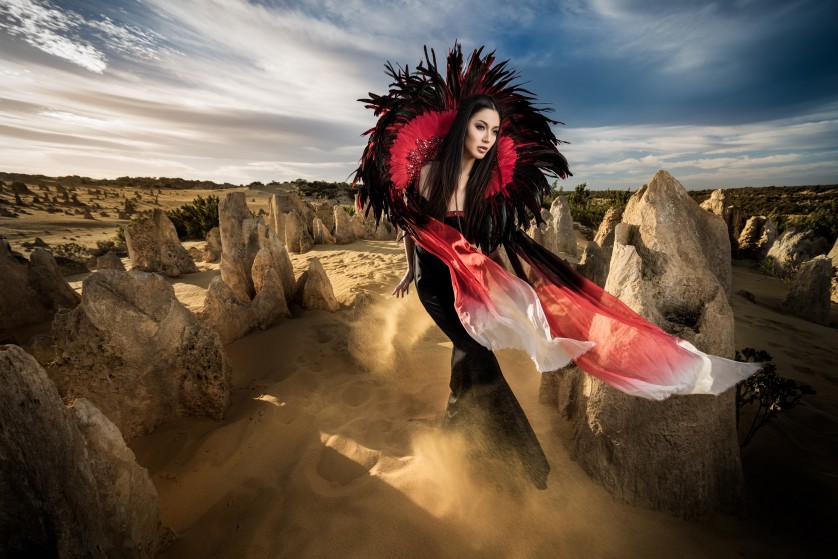 The new wardrobe was a hit, and after long drives from all of team members, the alien landscape was in front of them. But, never one to do anything easy, Von Wong decided the best way to race against the quickly changing early morning light was to shoot with a camera he had never used before, a 36MP Sony A7r.

Of course, initially, this was a major challenge. Being used to a Nikon D800 with a shutter lag of 0.043 seconds, the 0.163 second shutter lag of the Sony A7r was a world of difference. Trying to capture fast moving sand  swirling around the model Jess was difficult, but with trial and error, Von Wong was able to learn when to trigger the shutter in the perfect moment. 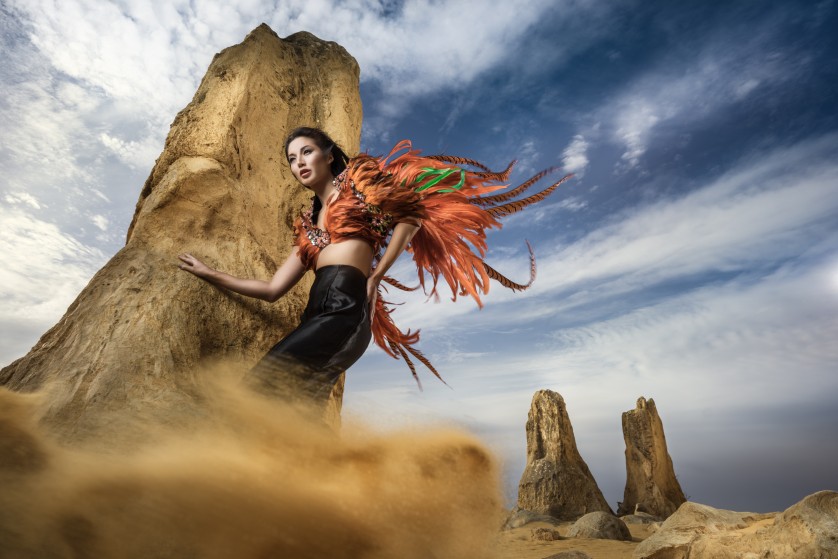 While this shoot wasn’t smooth, in typical Von Wong fashion, he was able to create compelling and unique images with very little budget and a lot of support and enthusiasm from his team. Von Wong told:

If you go into projects expecting things to go wrong, things tend to be easier to deal with when they do. If you’re prepared to deal with the worst, dealing with the best is a lot of fun!

Below are more of the results from the shoot, as well as behind the scenes images and video. Be sure to check out how these photos were edited by master photo editor Pratik Naik from Solstice Retouch on our earlier article. 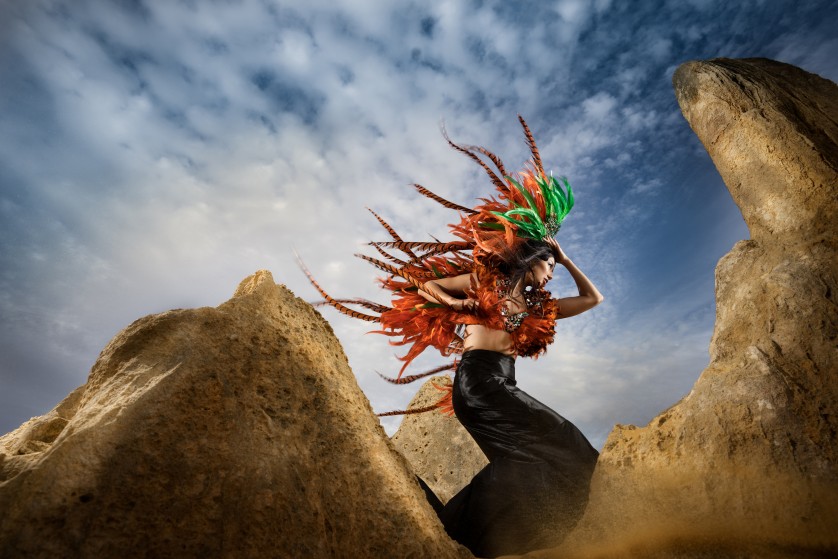 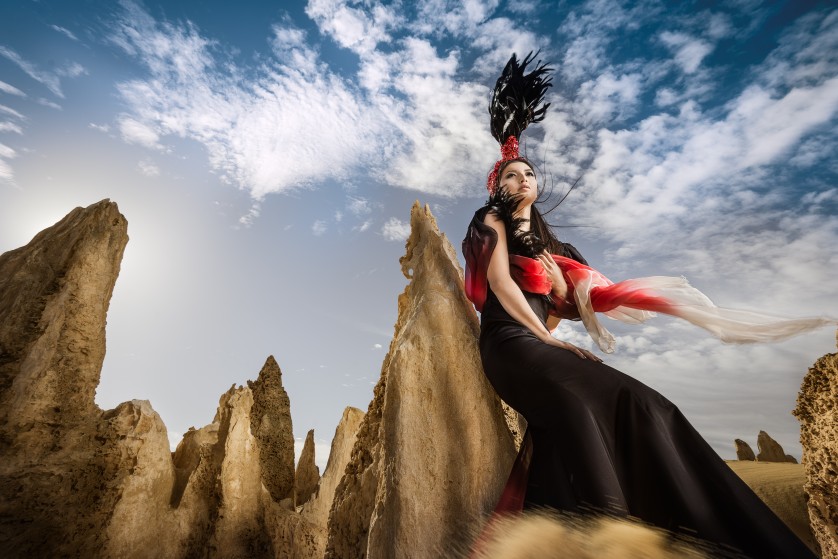 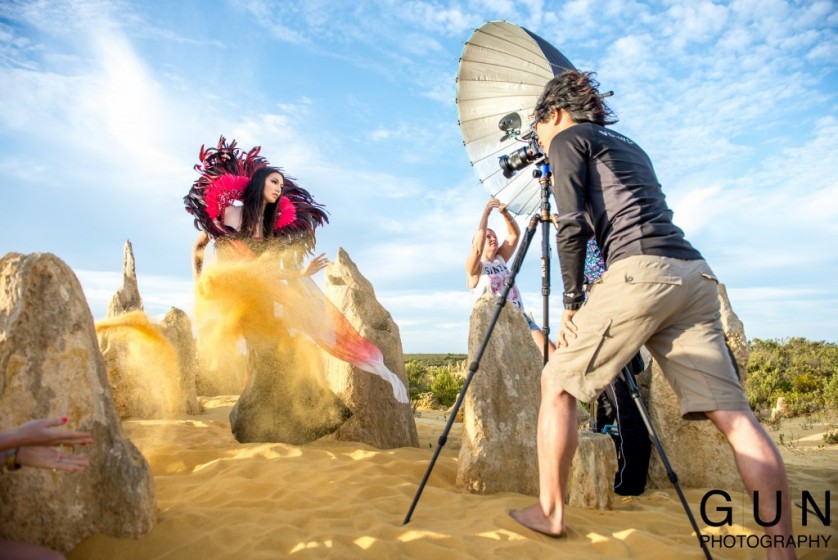 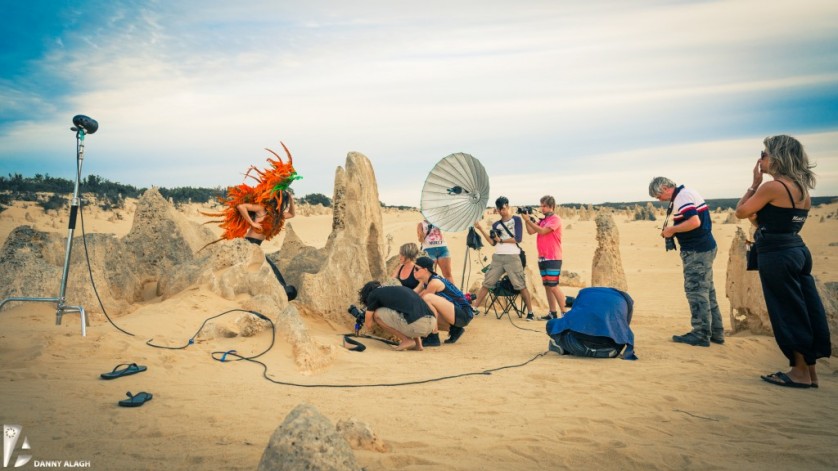 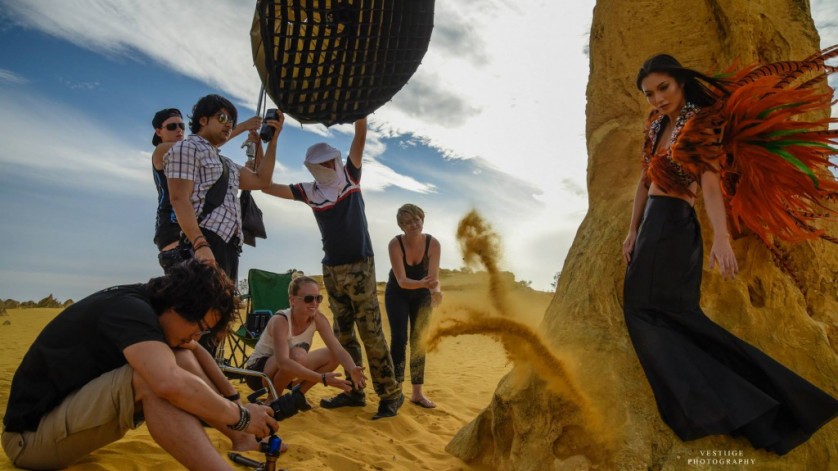 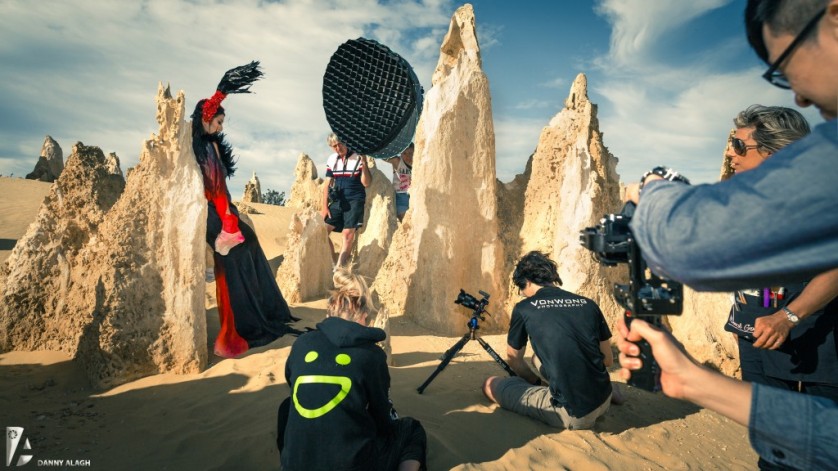 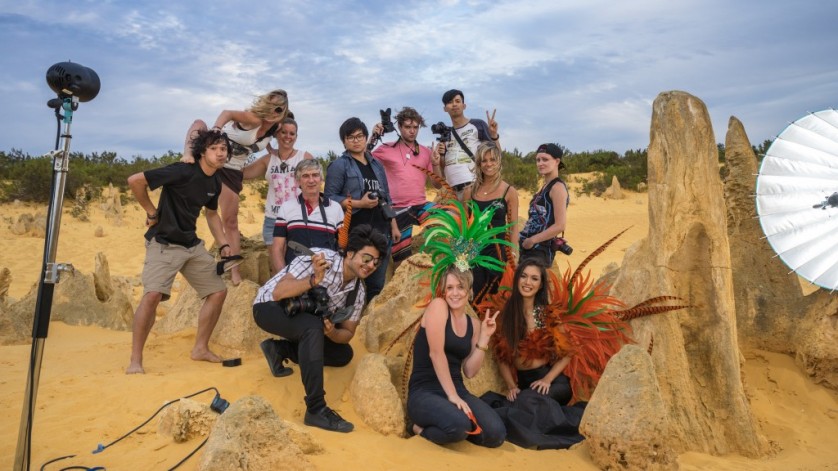