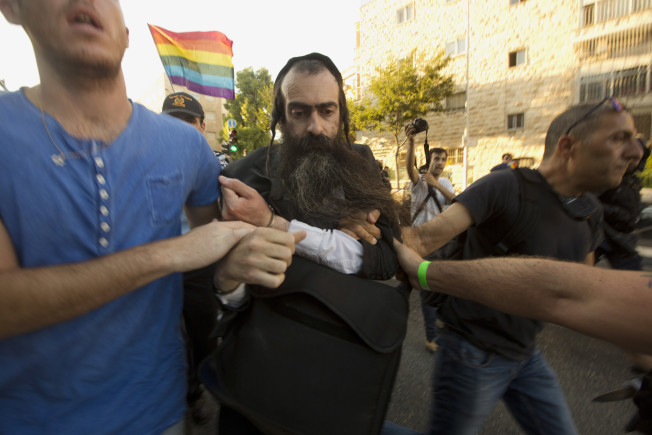 NSFW: Let’s Talk About the Photos Taken of the Attack on the Gay Pride Parade in Jerusalem & Why I’m Not Mad at the Photographer

A very orthodox Jewish man attacked a crowd at the annual Jerusalem Gay Pride Parade injuring six before he was stopped by authorities and arrested (it should be noted he was arrested for nearly the exact same crime in 2005). An Associated Press photographer was on the scene and captured a few of the images. Before I continue, warning: the images that appear here will be disturbing to many. I will not be republishing all images, but if you want, you can see them in this TPM article.

There is an argument that the images taken of this event, which are incredibly graphic, should not even exist. Why? Because some argue that the photographer, Sebastian Scheiner, should have been focused on helping the injured people, not focused on taking pictures.

And you know, I can respect that opinion… but I don’t agree. If you were in this photographer’s position and you instantly dropped your camera to help the injured, that’s awesome. That is an excellent decision, but the decision to take photos of the event as it is happening has no less credence. Right now, especially in the United States (I can’t really speak for any other country seeing as I am not on the pulse of pop culture there), it is incredibly easy to forget something happened or ignore it entirely if we are not shown images of it happening. For example, many people think the conflict in Ukraine is over and done with, when in reality it is no closer to resolution than it was months ago when we were first introduced to it. The fact of the matter is, since we stopped seeing images and the news stopped reporting on it, we figured the news from the area must be over and done with.

Americans have incredibly short attention spans, and even after huge events like school shootings or riots, we tend to forget about them and move on as if nothing happened months, if not weeks, after. There has been quite a bit to move the tolerance of the LGBT community forward in the recent year, and as a San Francisco dweller, I am dead center of it. If you want tolerance and acceptance, you get it here arguably more than anywhere else. If I had not been shown these images and read the story, I would have forgotten that the struggle is still very real for many, many others around the world. I would have not realized that the fight for equality and acceptance is far from over. The same can be said for war photos, and photos and photographers we now praise looking back on them. They are called iconic, haunting and famous, and even that they have changed the world forever. Are we mad at these photographers, or are we glad that they existed so that those who could do something about it, did? 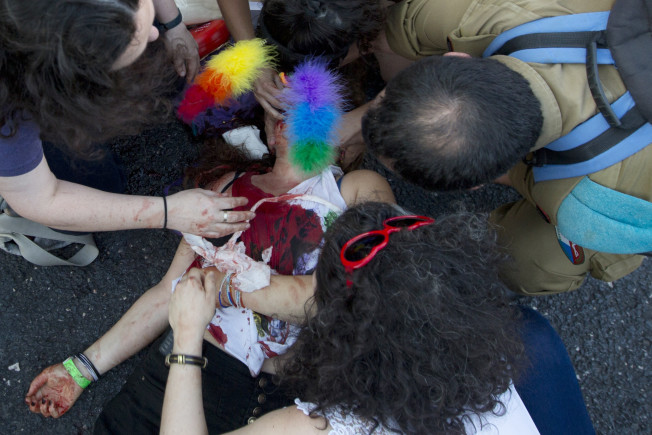 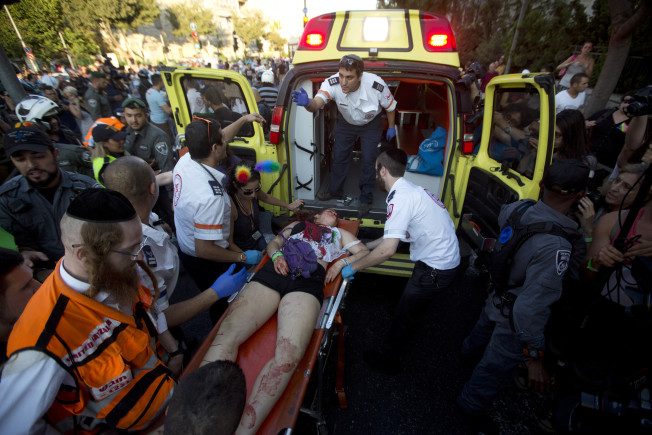 These images are hard to look at, and the fact that they exist can bother some if they consider that the photographer doesn’t appear to have aided the injured during their capture (though, giving him the absolute benefit of the doubt, you don’t really know how many he took, then set down his camera, aided where he could and then resumed when his help was no longer necessary), he is actually aiding those people and the greater cause of the LGBT community. If he didn’t take these pictures, if no documentation of the event occurred or whatever was shown was less shocking to the eye (maybe something from surveillance video or blurry photos taken from a balcony a block away), it is highly likely the story would not have gotten the grip it did, and I would not have seen these, and my others like me would go on thinking everything with everyone in the LGBT community was just hunky dory.

As much as it hurts to say it, we need photos like this in order to keep a movement headed in the right direction. Civil rights and equality are huge, huge deals and the fact is that many still don’t have them. That’s something we all should be fighting for.

If you disagree with me, that’s ok. That’s the beautify of freedom and equality. All I’m saying is that those people who were brutally attacked by a man who didn’t agree with their life choices… they deserve equality too.

Photos via the Associated Press, original story via TPM.