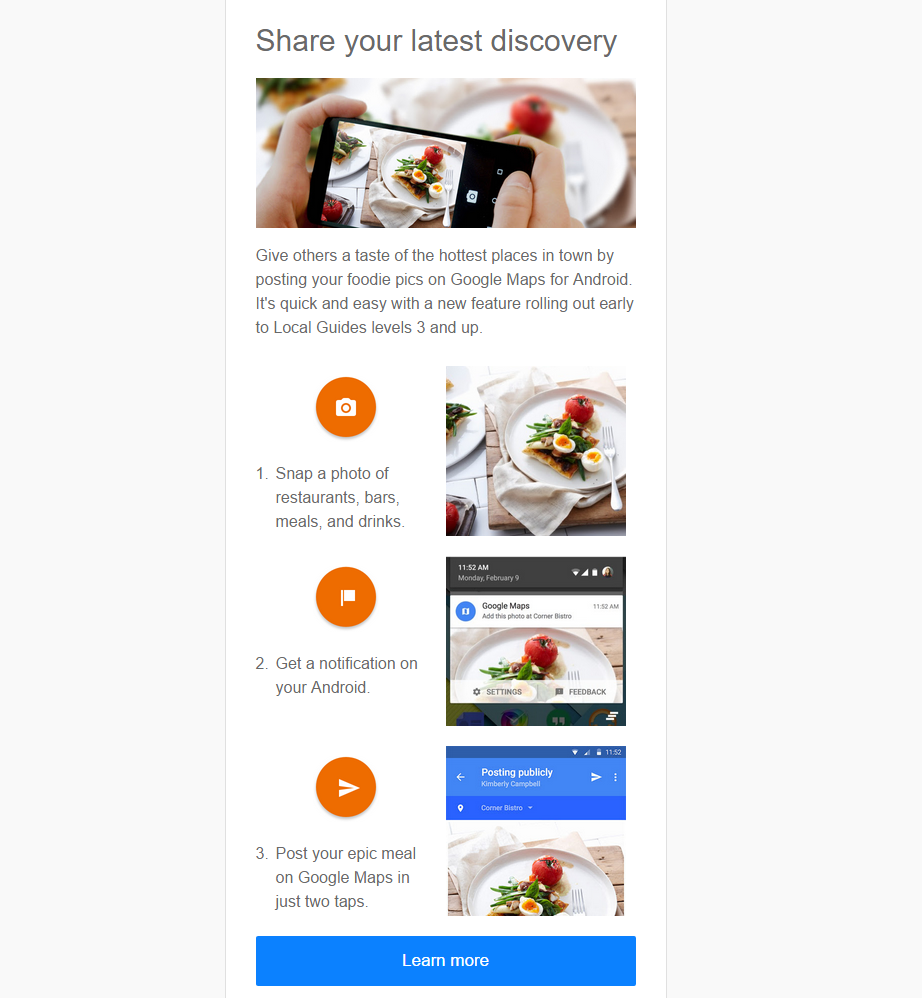 Google Wants to Integrate Your Food Photos into Maps

The timing on this news is actually somewhat humorous given the editorial I just published, but that’s how the universe works, I guess. Tech Crunch is reporting (via Android Police) that Google Maps is testing a new feature that will integrate your foodie photos that “will apparently alert users when Maps has found a newly-captured photo taken at a food-related place on their device, and offer to attach that photo to a location for other users to see.”

This would effectively make Maps very similar to how Yelp works when you view a restaurant, by sourcing images provided by users to help frame an experience. But, rather than taking images from everyone, right now the program is only available to Local Guides.

This program is Google’s competitor to Yelp Elites, as it’s designed to reward those users who write high-quality reviews of area businesses, like restaurants and bars, by offering a variety of benefits to those who take the time to do so. As a user further participates in the program, those benefits increase. For example, new users who haven’t yet written their first review simply receive an informational newsletter and sometimes get to participate in contests. But at the other end of the spectrum, members are invited to exclusive events, have their reviews featured across social media, and receive annual “thank-you” gifts.

The program is going to help Google stack its business listings with images that both feel real, and will be of better quality than the normal tourist-shot photo as the company continues to push itself as a better place to connect people with places they care about, in this case restaurants.

[Image via AndroidPolice, Original Story via TechCrunch via Android Police.]