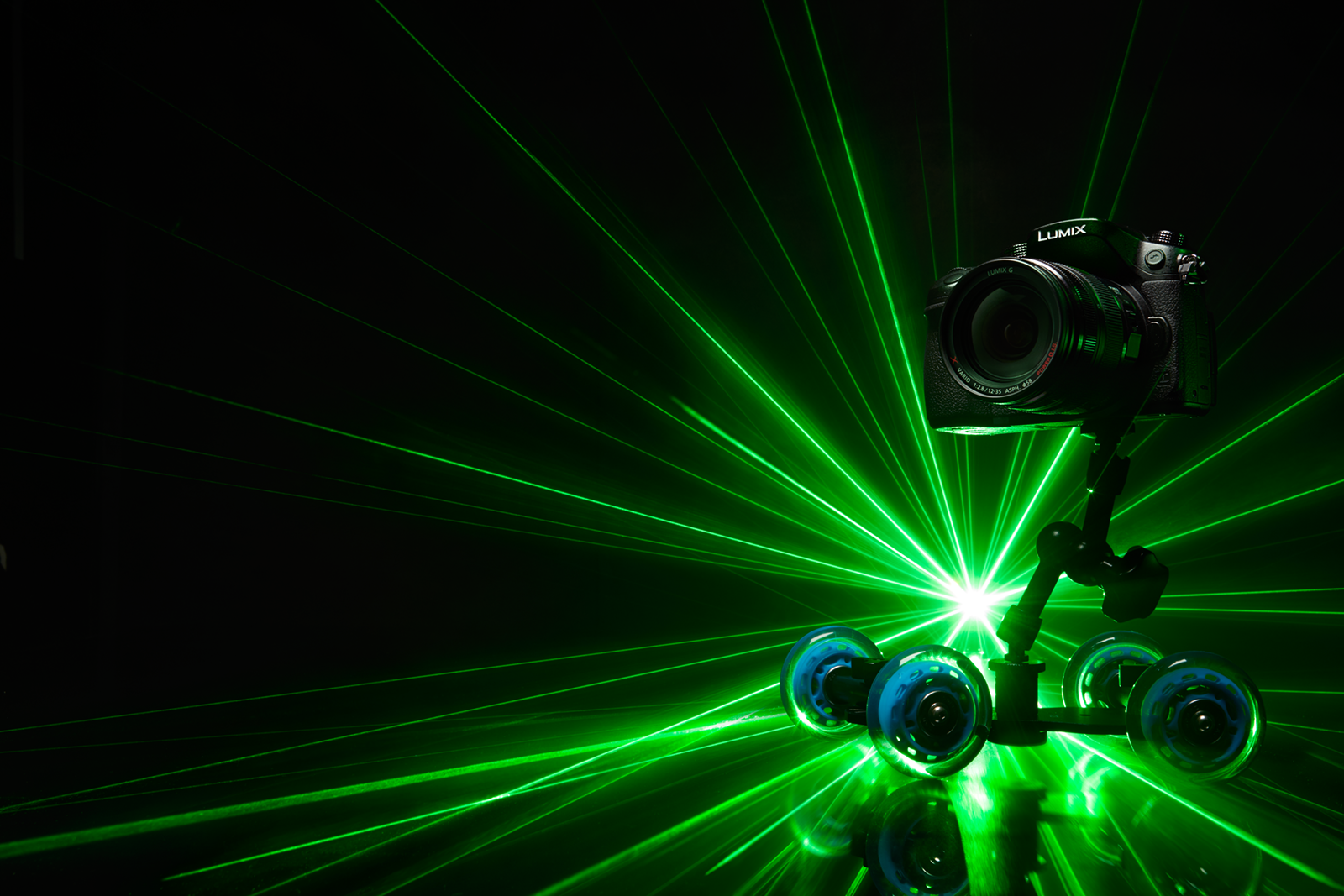 The Resource Magazine Guide to Shooting a Low-Budget Music Video

With the popularity of YouTube and Vimeo, there are thousands of incredible music videos uploaded each day—and there are also a lot of horrible ones. Thing is, unlike the MTV-era of the ’80s and ’90s, there is no longer any exclusivity in the medium. Amateurs with consumer-level equipment can capture professional-looking quality. Not to mention, on the pro side, budgets are continually slashed and music videos are produced to be watched on the web, not on television. So to help you adapt to your monetary woes, we’ve put together a product guide for shooting a music video on a budget. That is, if you don’t mind a bit of DIY-action in exchange for maxing out your credit card, as you go on to argue with a customer service employee when you attempt to return your gear the next day—we’ve all done it. This is how to shoot a low-budget music video.

This 4-wheel dolly can smoothly capture tabletop shots and fluidly track the movement of your subjects. It’s the perfect tool for constructing a DIY slider-like action setup, diminishing the cost of pricey professional-grade rigs. With ball bearings and rollerblade-style wheels, it has ability to move straight, in curves or in wide circles. Just be sure to be ready with a pole or, like, fishing string if you’re looking to substitute your dolly in its entirety.

At $33.95, the Revo Quad Skate is the most cost-effective of its direct competitors, while a necessary articulating arm, mount or pan/tilt head can be purchased for approximately $20. Industry standard dollies and rails, on the other hand, will set you back tens of thousands of dollars. 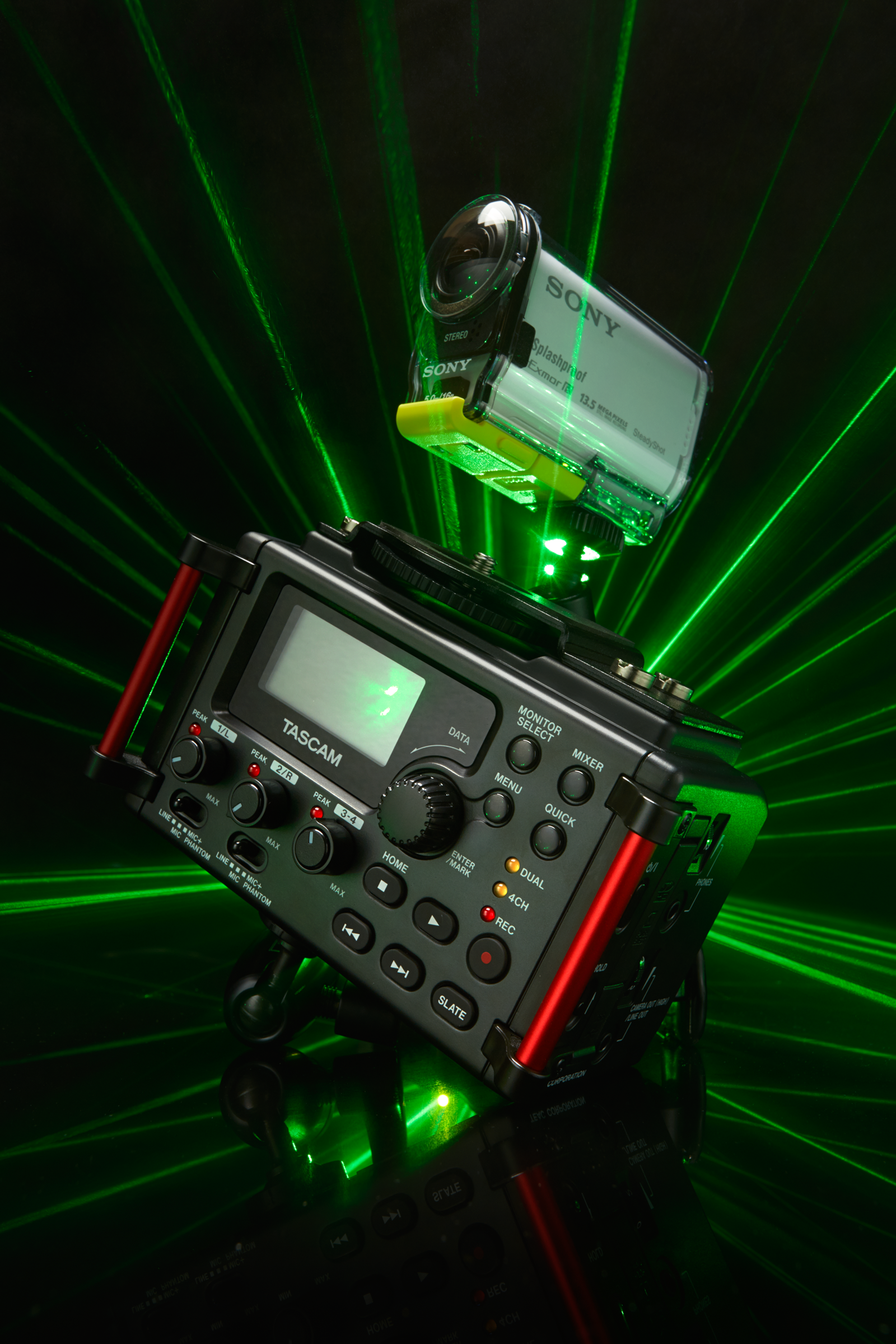 These days, a DSLR main camera is, at the very least, necessary for any music video shoot. But with little budget and a one-man show, simply mount and hit record on this action cam to never miss a moment. Armed with both HDMI output and stereo microphone inputs, it can record up to 1080 60p. It’s not like anyone can even notice 4K quality on YouTube, right?

– Included housing is waterproof to 16.4 feet

The Sony Action Cam is only $200, while GoPro’s flagship Hero 4 is set at $499. However, the GoPro Hero 3 can also be purchased for $200 and the quality capabilities between the two are very similar.

Dubbed “the only portable recorder designed for DSLR filmmakers [emphasis mine],” the Tascam DR-60D is loaded with a dedicated camera output, inputs that support high-output mics, along with high quality preamps for up to 64dB gain. But with four tracks for simultaneous recording, distinguishing one from the other can be tough, right? Wrong. Simply tap the internal Slate Tone generator to assign designated tones to the head or tail of each clip.

– Records to SD or SDHC cards

Aside from Tascam’s upgraded model, the closest competing products are handheld space recorders. The pricing of the two are very similar, with the Tascam at $194.99, yet the Tascam’s quality and functionality is far superior. Just be sure to use a quality mic that lets its preamps shine. 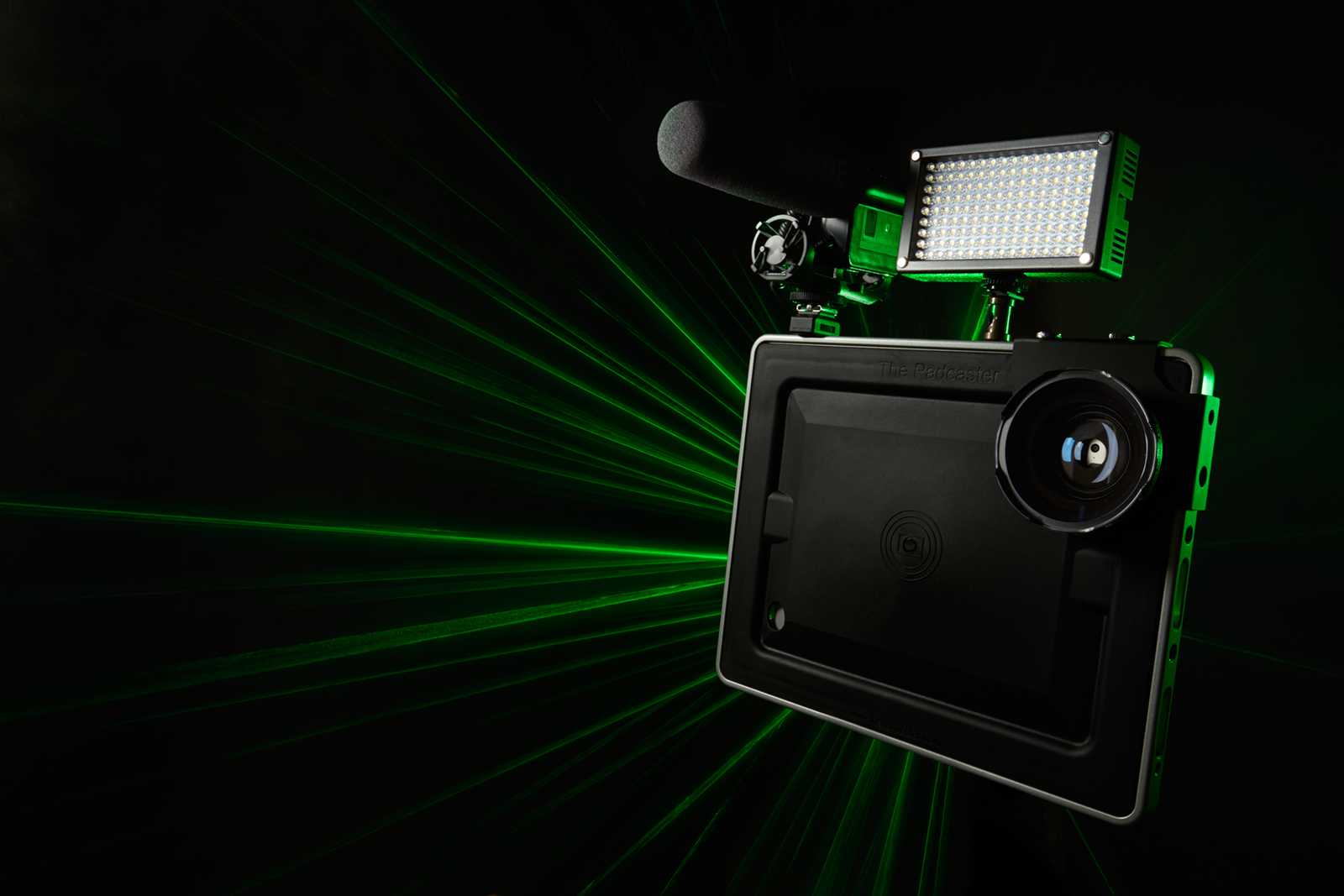 Unfortunately, budgets don’t always allow for shooting on a high-end camera—and that’s where the Padcaster comes in. Designed to improve the quality of your video shots with an iPad Air, the Padcaster offers stabilization with a sturdy tripod thread, numerous mounting options for accessories, along with built-in threads and an included adapter to attach a lens such as the Vivitar HD3-43 wide conversion lens.

– Urethane insert providing a snug fit for an iPad Air

– Option to use the Padcaster as a DSLR cage

The Padcaster goes for about $160, with it’s main competitor—the newly released Manfrotto Digital Director—priced at $499.99. Nevertheless, the Padcaster can eliminate the need for a camera altogether, giving way to quality that can get by on the Internet in most cases.

Whether used on-camera or in-hand, the Genaray LED-6200 is super bright for such a compact product, producing a 640 lux brightness at three feet distance. But do you want to shoot a close-up? Just turn the dial on the back to decrease the brightness. Additionally, get a head-start on your post-processing by aiding your white balance with its color temperature dial, ranging from a warm 3200K to a cool 5600K.

– Vertically and horizontally stackable with other 6200T units

– Shoe mounts positioned on top and left and right

The cost difference between the Genaray and a complete lighting setup is astronomical—but that’s an entirely different discussion. Though compared to its popular competitors, such as the Ikan iLED 144, the Genaray, priced at $139, is approximately $60 cheaper with nearly no noticeable difference in functionality.

This article was originally published in the summer 2015  issue of Resource Magazine. Visit the Resource Mag Shop to pick up the latest issue. All images were taken by Greg Neumaier at Dumbo Daylight studio.