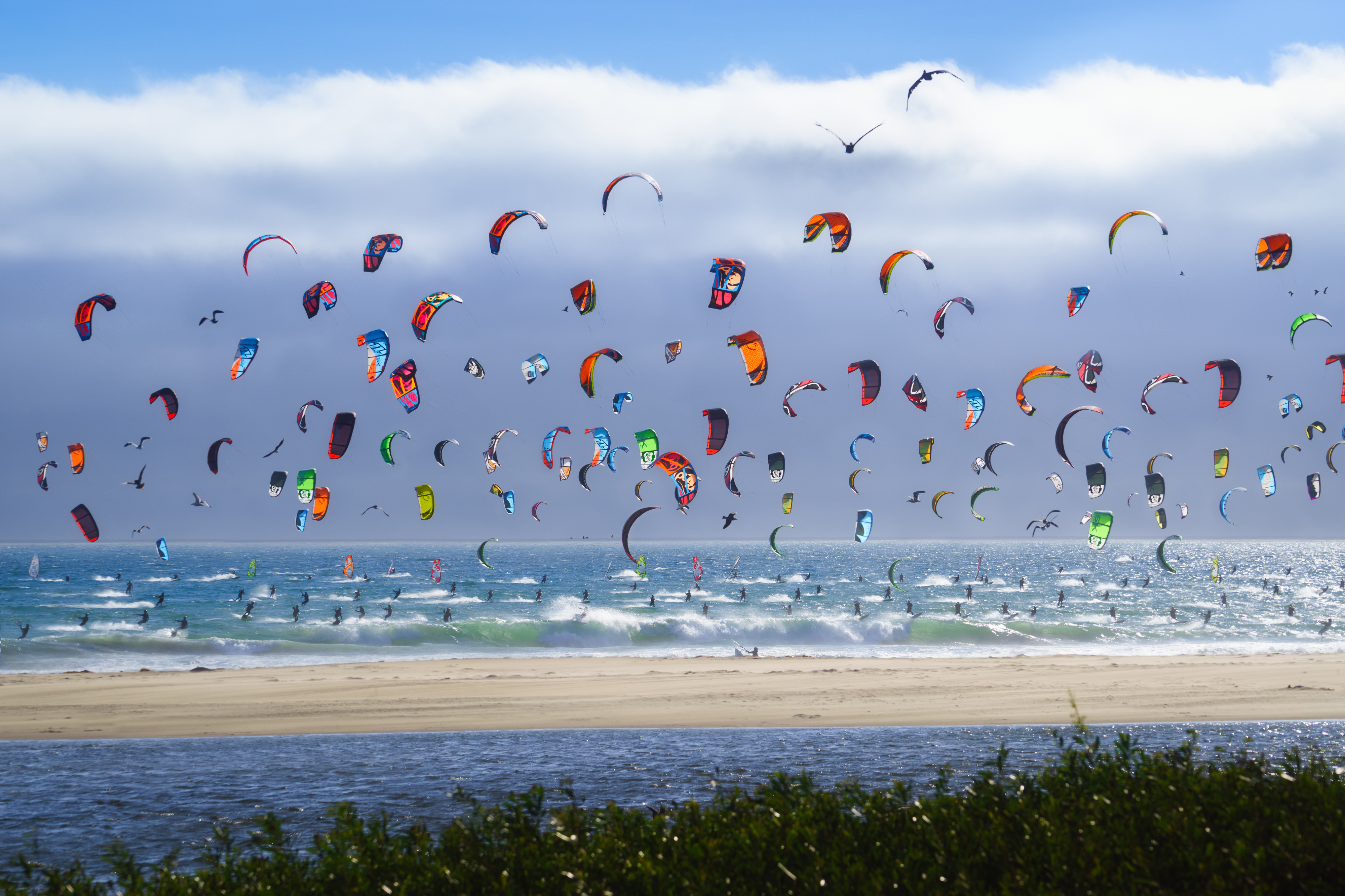 I moved to California to be closer to the ocean, so the bulk of my free time is spent driving the length of Highway 1, California’s coastal highway. On any given weekend you can find Waddell Creek Beach, near Half Moon Bay, overflowing with kite boarders and kite surfers. I’m always amazed how the kites remain untangled as the surfers pass each other at high speeds.

Just to get the obvious out of the way first: yes, this photo is Photoshopped (It is inevitable that the question will arise).

A photograph like this is out of the ordinary for me. Typically, my work leans towards minimal compositions with clean lines and a distinct subject. This drastically different idea was to represent the organized chaos with one shot.

To capture the photo, I set my camera to timelapse on a tripod, taking one shot every second. On this particular day, I estimate around 40 kiteboards filled the ocean scene while I was there. They move quickly, so one second was enough time to allow plenty of separation between shots, but still keep the cloud positioning mostly the same. With two memory cards filled, I headed home with around 3600 photographs from a one hour period.

Now, the fun part: I used a combination of Adobe Lightroom and Photoshop to bring the kites into one scene. With a blank canvas to work with, the beginning frames were easy to blend simply using layer masks. Once the sky and ocean began to fill, more detail was required to blend in the action. Kites began to overlap, and clean space disappeared between the athletes. Overall, 9 hours of work went into the masking and selecting of 102 kite boarders. Here is what my finished Photoshop file looks like: 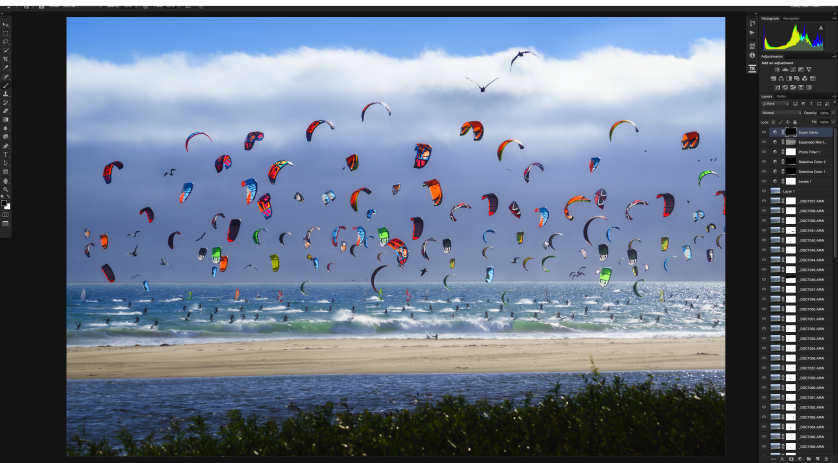 Duplicates do exist, and I tried to space them equally across the frame so as not to draw the eye to one particular area of the sky. I did no warping or moving of any kites and all kites exist where they did at the time the blended shot was taken. 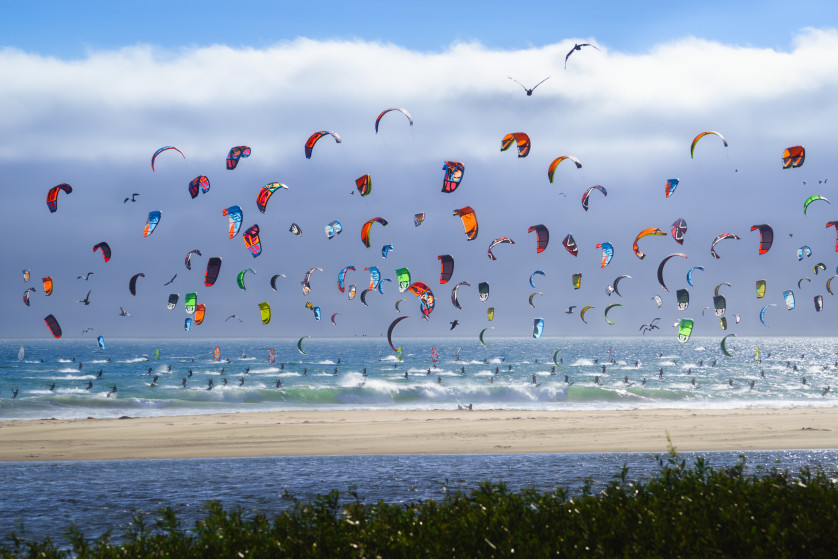 I enjoy how these kinds of photos evolve into short projects, and looking back afterwards it is always fun to see how the photo evolved into the final shot.