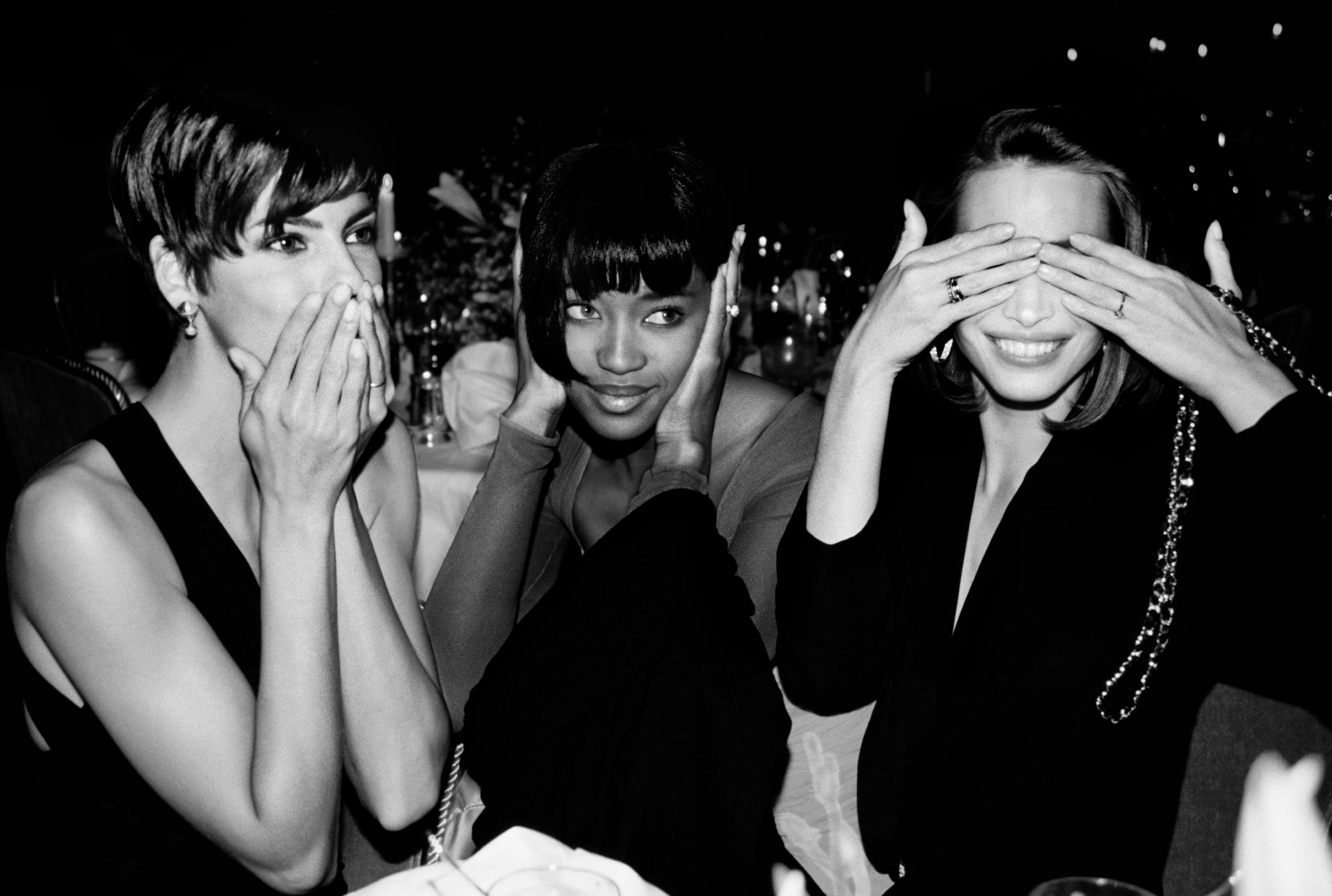 A Conversation with Roxanne Lowit: The Female Perspective on Fashion Photography

Roxanne Lowit – jet-black bob, blunt bangs, cherry red lips, chic black pantsuit. As I dial her number, I imagine Lowit sitting comfortably in her Manhattan home, perhaps a marble coffee table nearby spilling over with hardcover fashion and photography books. In a quiet, unassuming manner she clicks through the files on her laptop, delicately tapping at the keys with her pomegranate-colored fingertips… The call connects and she answers the phone in a softly-spoken, gentle voice: “Hello, this is Roxanne.” 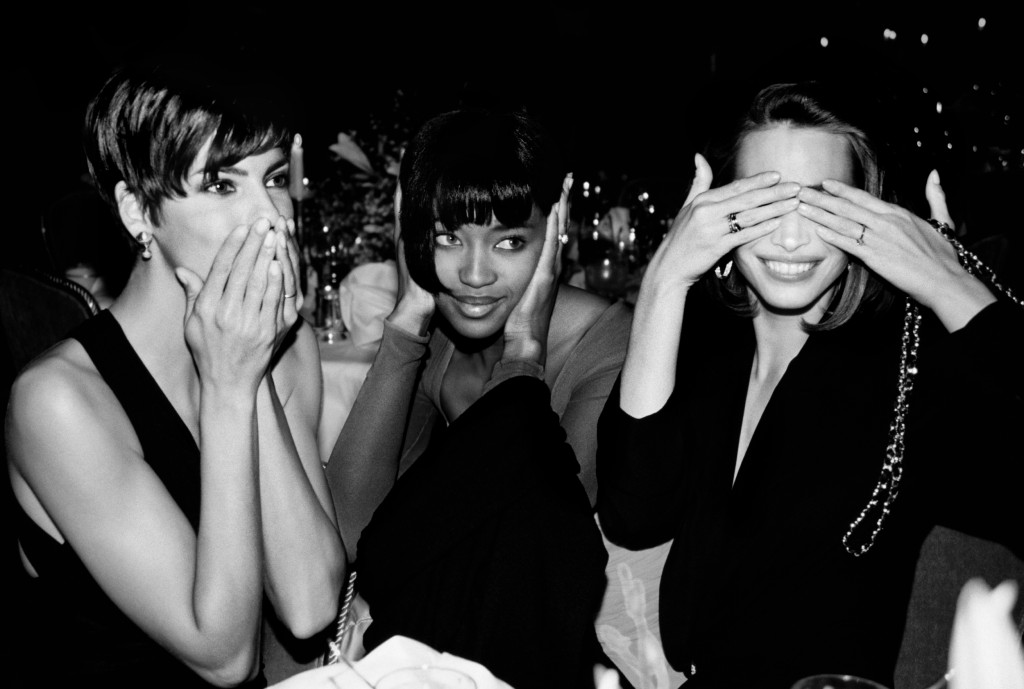 Like the pictures she captures, there is a fresh energy to Lowit, the honoree for achievement in fashion at the upcoming Lucie Awards. Her personality is fragranced by her consistently classic-style; an image she has carefully crafted in the past four decades of her work. And just as her photos are her words, her image is her tone, both of which have become part of the legacy she manifests. “Why the consistency in fashion style?” I ask. “Why the pantsuit uniform?” To which she simply states: “It’s easy. It goes from day to night. I can go to meetings in the day and then go right out to the shows or clubs to shoot at night… I have lots of energy,” she adds as a sort of afterthought. “I’ll shoot all day on jobs, and then go out to the clubs and shoot all night… I love to take pictures,” she adds again, in that genuine, soft voice. 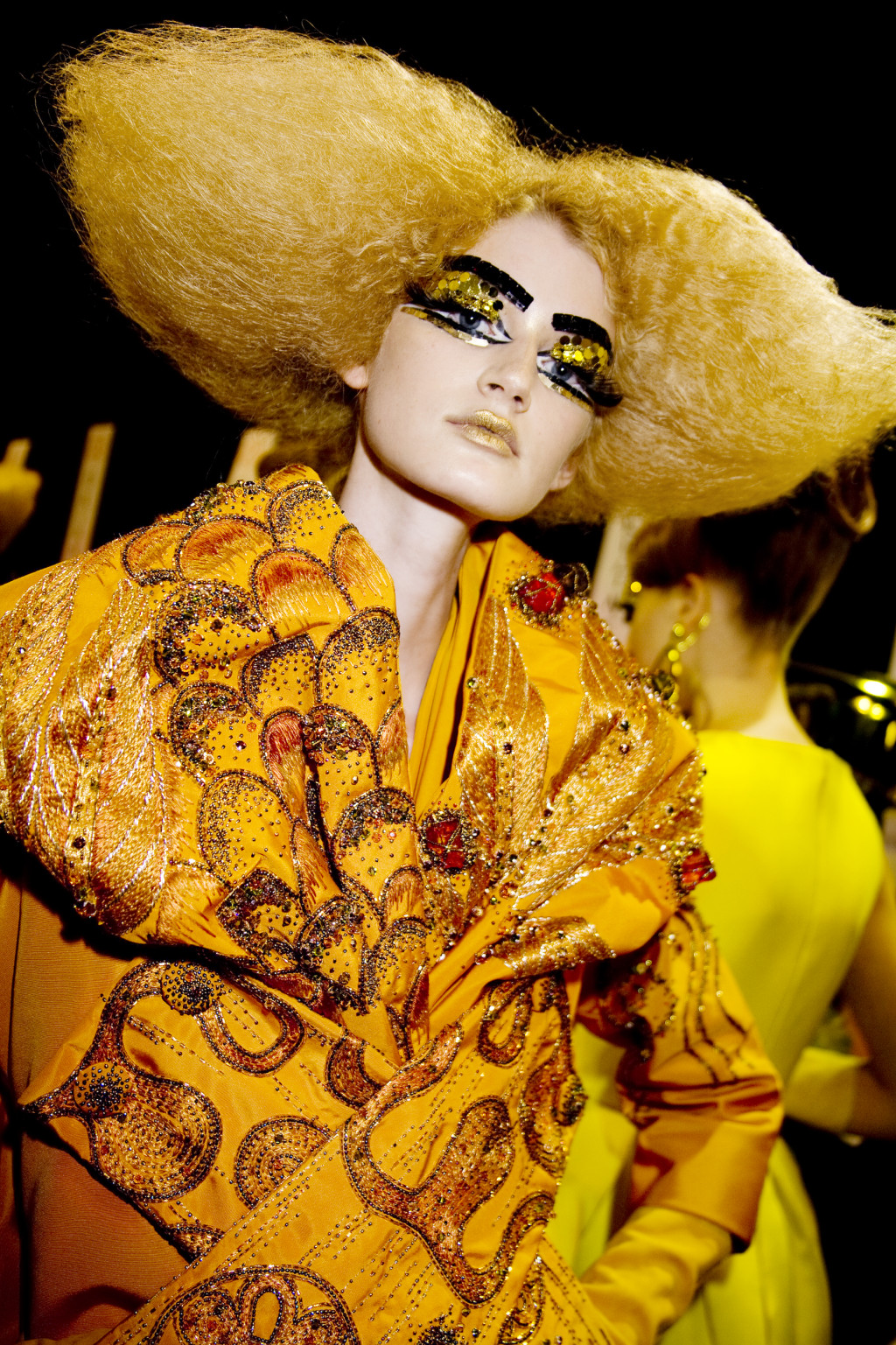 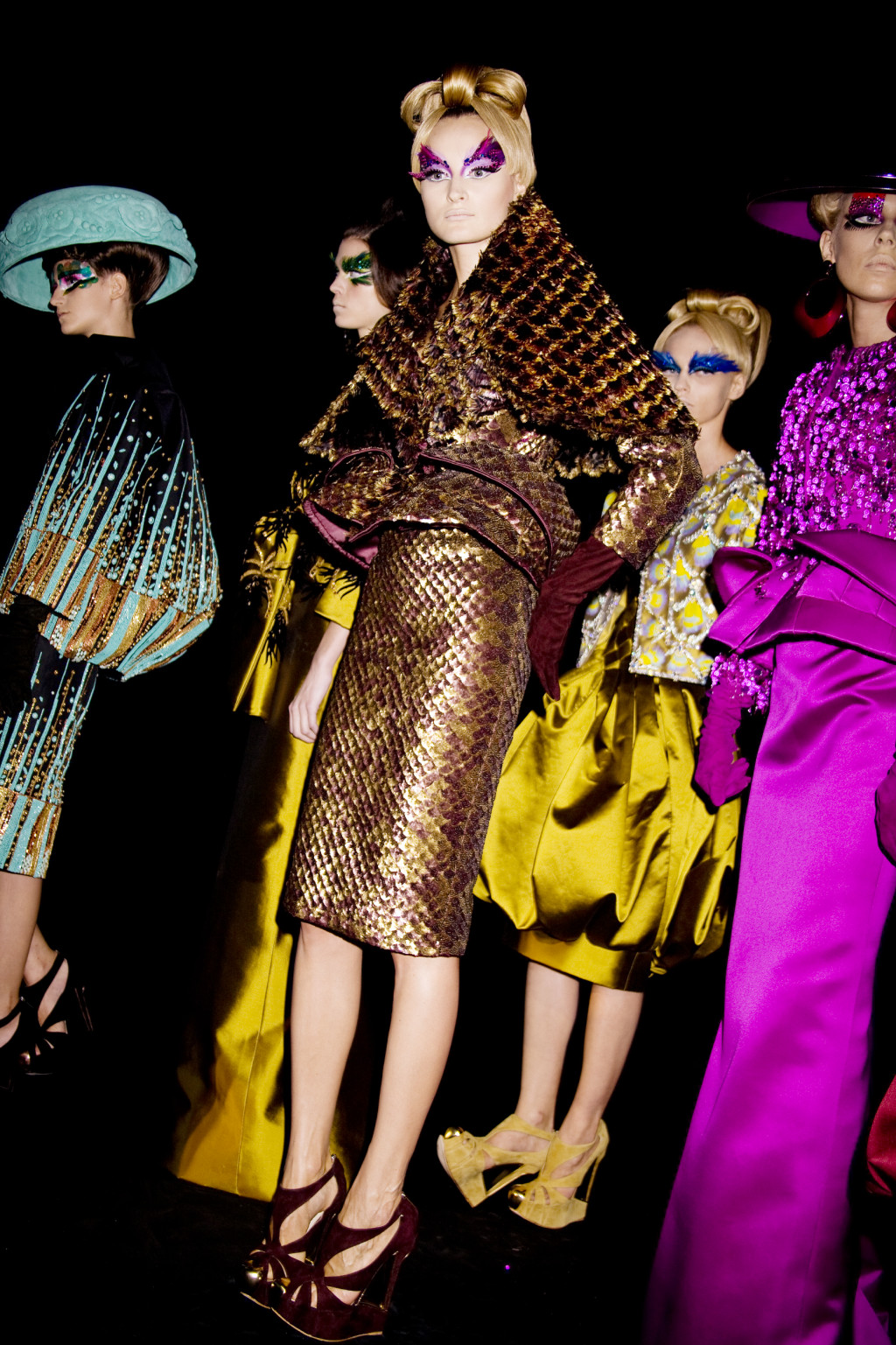 Aside from fashion and celebrity “behind-the-scenes” shots, Lowit has in recent years began capturing the style (and by default, lifestyle) of the club kids. Intrigued myself, I ask her what in particular attracts her to what she calls “the people of the night;” what exactly it is about the sort of decadence and debauchery in the worlds of fashion shows and nightclubs. “I can’t help but be fascinated,” she quips. “The way they put together their clothes, makeup, the hair… it’s all really wonderful. And the amount of time, the hours that go into it… it’s really something.”

Lowit’s been doing this for decades – the interviews, dealing with industry questions – and yet, there is a fresh energy in her voice, an inquisitive tone exuding innocence and playfulness. I can see how this might add to the photos she captures, the way that her playful energy might create or even encourage an atmosphere to teem with spontaneity, naturalness, and lighthearted fun.

“Can you talk about the ‘language of images’? I ask. “How you see the still photograph creating a story?” “My success stems from my patience to wait for the right moment,” she muses. “In being at the right place at the right time to be ready for that magical moment to happen. It’s when people are having fun; it’s the spontaneity and the fun that are the magic and the story.” I suppose this is what Rolande Barthes would refer to in Camera Lucida as “punctum,” or “the wounding, personally touching detail which establishes a direct relationship with the object or person within it” (Camera Lucida).

She laughs a little when I ask her what her challenges were getting backstage. “It’s still a challenge!” she asserts. “These young people now have no clue who I am. But someone who has more experience in the business might recognize me and tell the other person, ‘You don’t know who that is?’” she laughs again, and as she describes these scenarios I can’t help but envision her standing there backstage in her perfectly pressed black pantsuit; smiling politely, waiting patiently. She’s the kind of woman on a mission, who steadily—not unlike a panther or a leopard eyeing it’s prey—is focused on what she wants which is as she puts it, “is to take pictures.” But not just any pictures, great pictures, and she’s patient and determined enough to wait for the right moment to be in the right place to capture them. “It wasn’t easy,” she quips. “So I learned to rely on my instincts, dropped names, became friends with the designers, and so on.”

The petite, black-bobbed, ruby-lipped photographer encountered adversity at being one of the few woman photographers. Facing resistance constantly, she went on to become one of the biggest and best fashion photographers in the industry, created a new genre in fashion photography, and in doing so became close companions with many of the models, designers, and celebrity clientele who frequented the shows and after-parties. “It was my patience and my persistence that got me through… if one door didn’t open (in her case, literally), I’d go to another, and then another, until they let me in.” 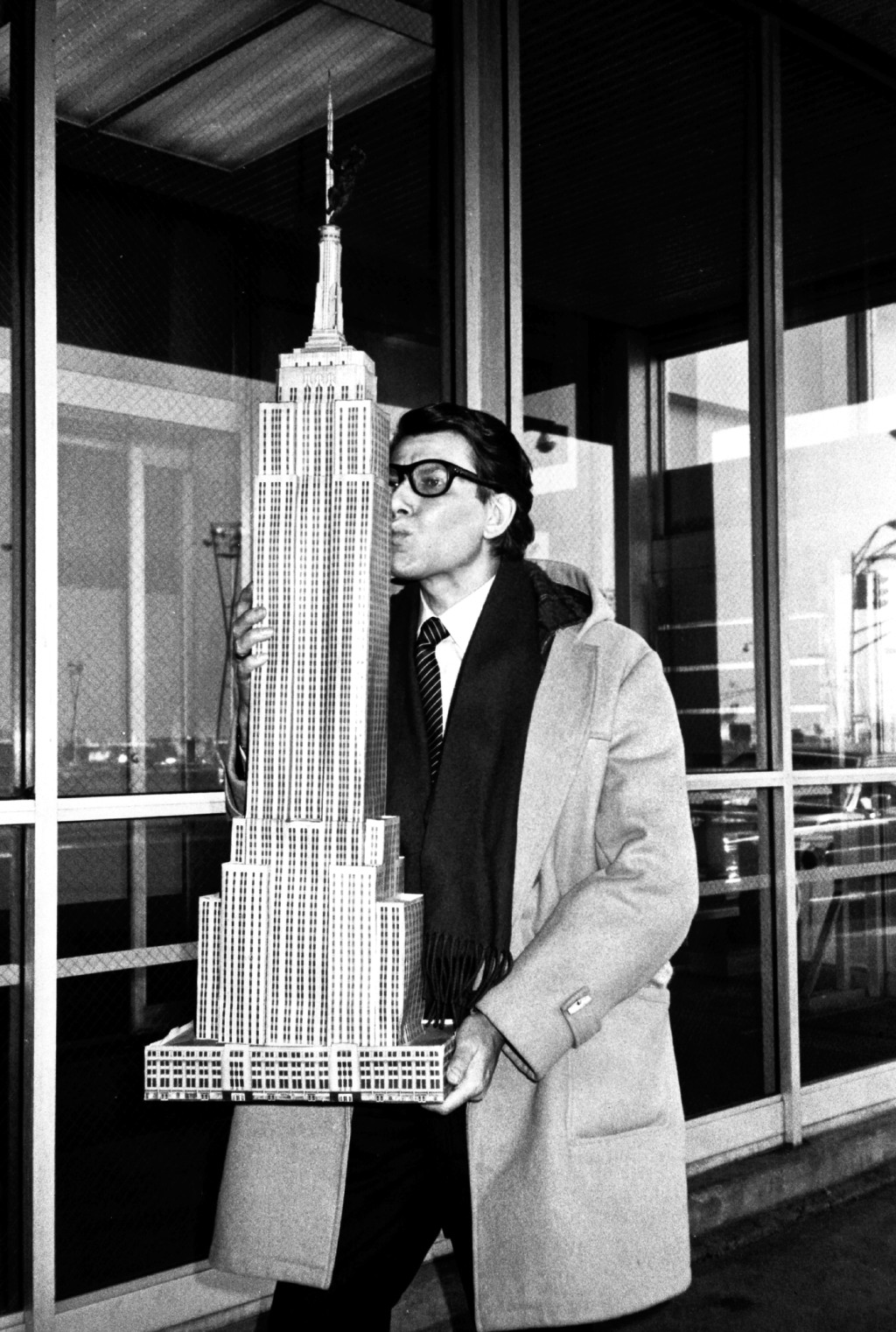 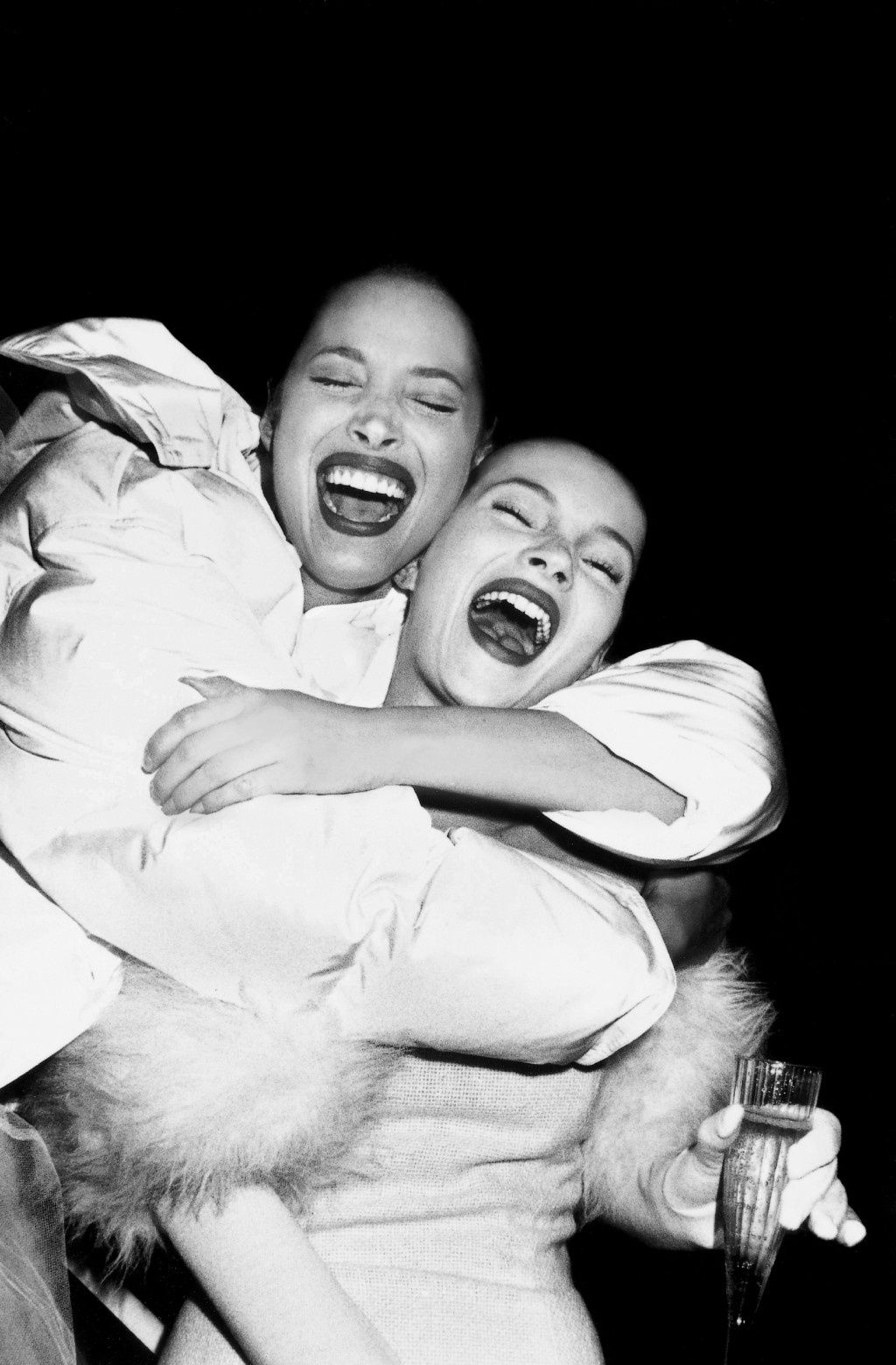 Karl Lagerfield called her a “fashion historian,” and its’ easy see why when you look through her photos, chock full of vulnerability and a raw appeal that are both touching and oh-so human. Not exactly a fly on the wall, Lowit is someone who, as Lagerfield later put it in his letter/poem to her: “Someone who, when they’re there, aren’t noticed, but when are not there, are missed.” As a writer, I thought yes! That kind of infamous obscurity is what I could only hope to achieve – it seems to be the best sort of balance (if there is such a thing).

When I think of the fashion industry, I can’t help but immediately think of women, though I suppose that’s just what I’ve been conditioned to think considering that women are the biggest consumers of the fashion and beauty industry. However, in surprising opposition to my naïve assumptions, men are without a doubt the overwhelming majority in the field of fashion photography because – as Lowit explains: “Men are pushier than women, especially back when I started in the late 70’s… it was the men with all the bulky camera equipment and safari jackets, pushing and shoving one another to get the best spot, the best picture.” I ask her if now – in 2015 – it’s any different, to which she replies: “No. It really hasn’t changed. As a matter-of-fact, I just got back from the Venice Film Festival (from where “Magic Moments,” a new documentary about Lowit, premiered), and as I was walking down the red carpet, looking out on the sea of photographers on both sides of the carpet — All men. Maybe one or two women photographers at the most.”

In this way, Lowit’s honoree from The Lucie Awards is really earned two-fold: in both her ability to not only overcome the disadvantages of being the minority – a woman in the industry – but in driving on to become one of the top genre-creating, photography-changing successes in her field. She is the epitome of don’t-take-my-kindness-for-weakness… of don’t take my being a woman for lack of anything. Of course she’ll never say it, but she will leave you with a very subtle sense of it. 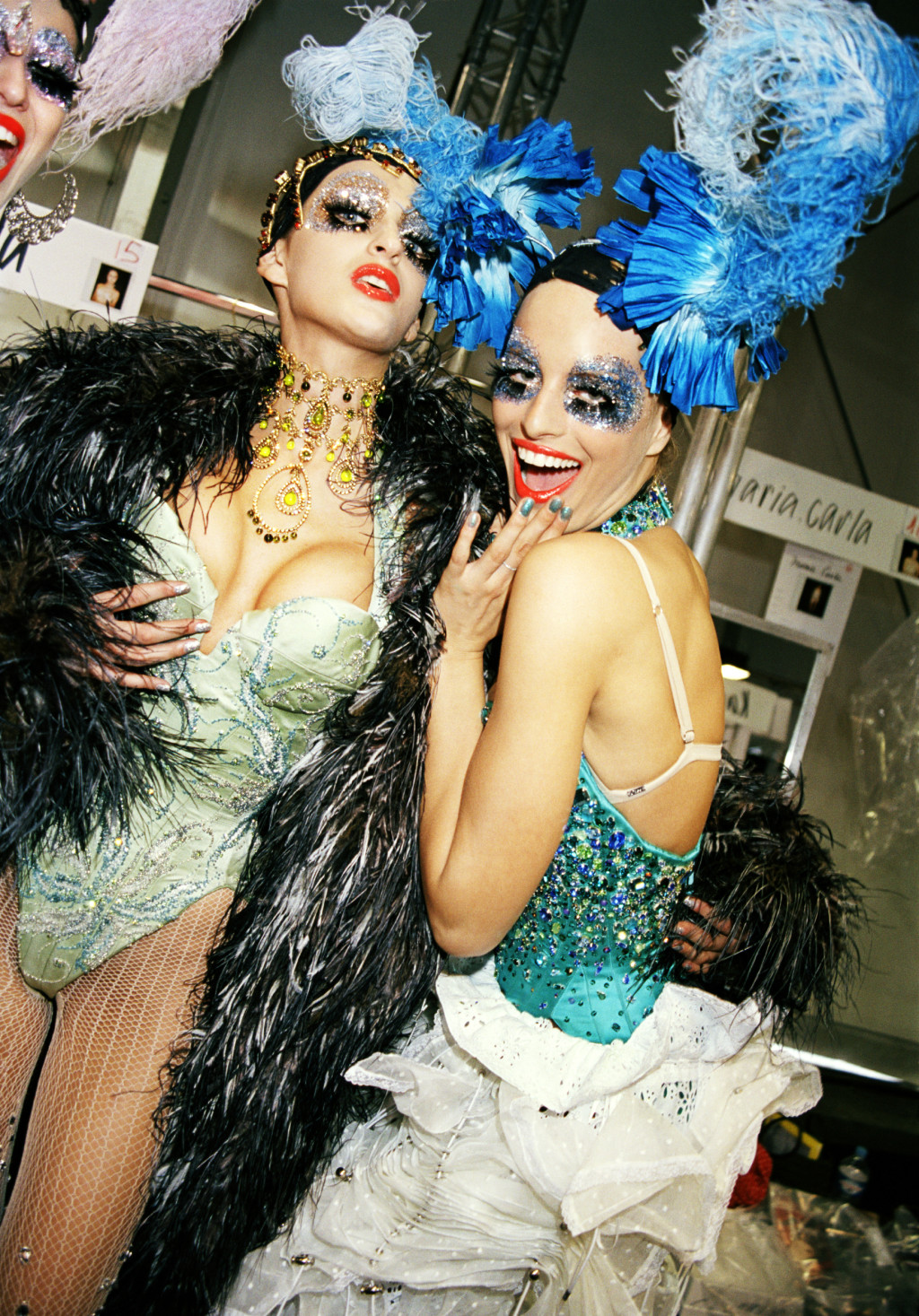 In a way though, we do take for granted all of the incredible behind-the-scenes fashion photography stories that we are privy to today, and more importantly that this genre would not even be possible without Lowit’s soft humming drive, cunning and clever ability to maneuver around the female photographer barrier, and of course, her undoubtable talent in her craft. For example, she knew she couldn’t compete with the squalor of rough and oversized men, vying for space (but hell, who wants to be in the moshpit vying for the precious, finite space?). Some people would be discouraged, some would tough it up and bear it, but what did Lowit do? She used her brain: “Well, I always thought that the action was backstage,” she demurs. “That’s where the real action happened.” She was right. And in doing so, she single-handedly fostered the genre of behind the scenes fashion photography; a sort of photojournalistic take on the fashion industry. 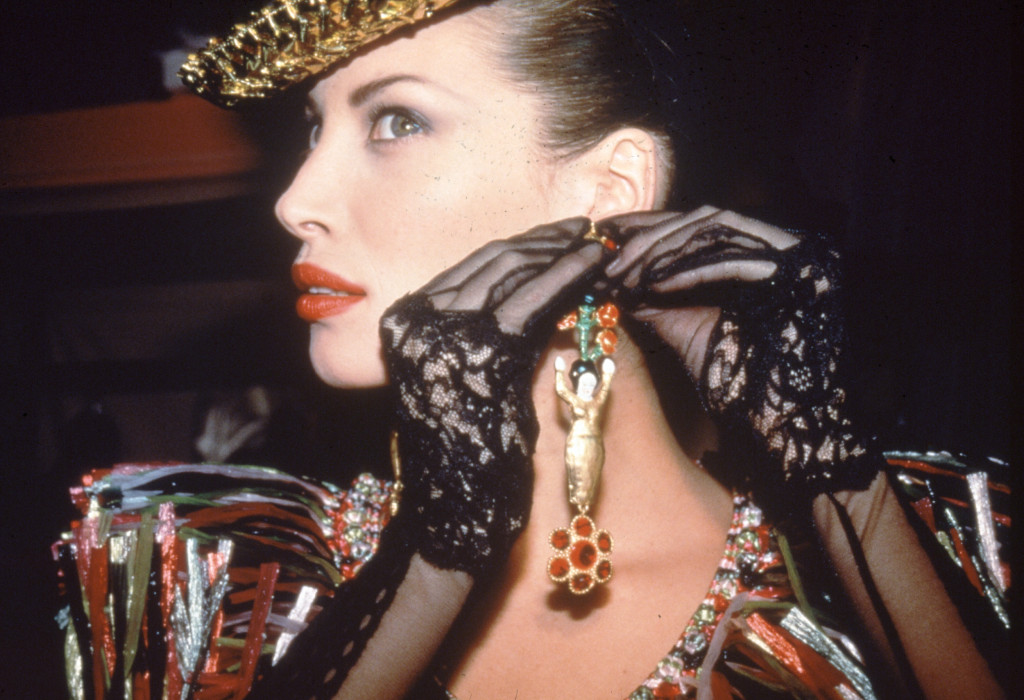 “Well,” I say, as our conversation heads toward a close. “Thank you for putting up with me… I’m probably a terrible interviewer!” I say, with my tell-tale nervous chuckle when I’ve run out of things to say. “Actually,” she responds in that gentle voice I’ve come to admire, “you’re much better than most!” she laughs. “I always say my words are my pictures… but you actually got me to talk!” And it’s with that that we end the conversation, and I am left to muse whether I am actually a better interviewer than I thought, or if there are just some really, really terrible ones out there.

If you’d like to connect with the fabulous energy of Roxanne Lowit for yourself, don’t miss The Lucie Awards on Tuesday, October 27th, 2015 at Carnegie Hall – New York City. Tickets required. Selling out fast! 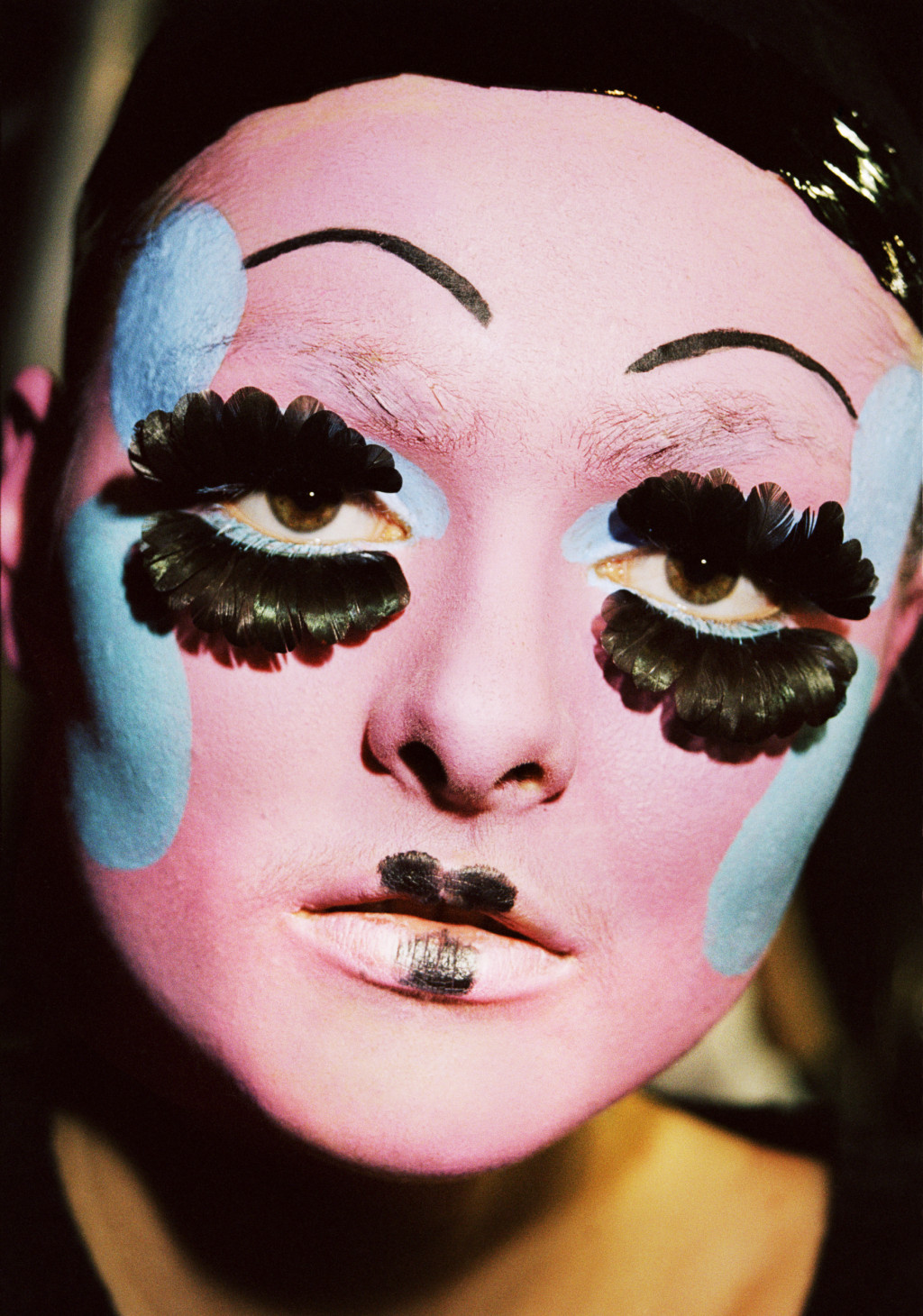 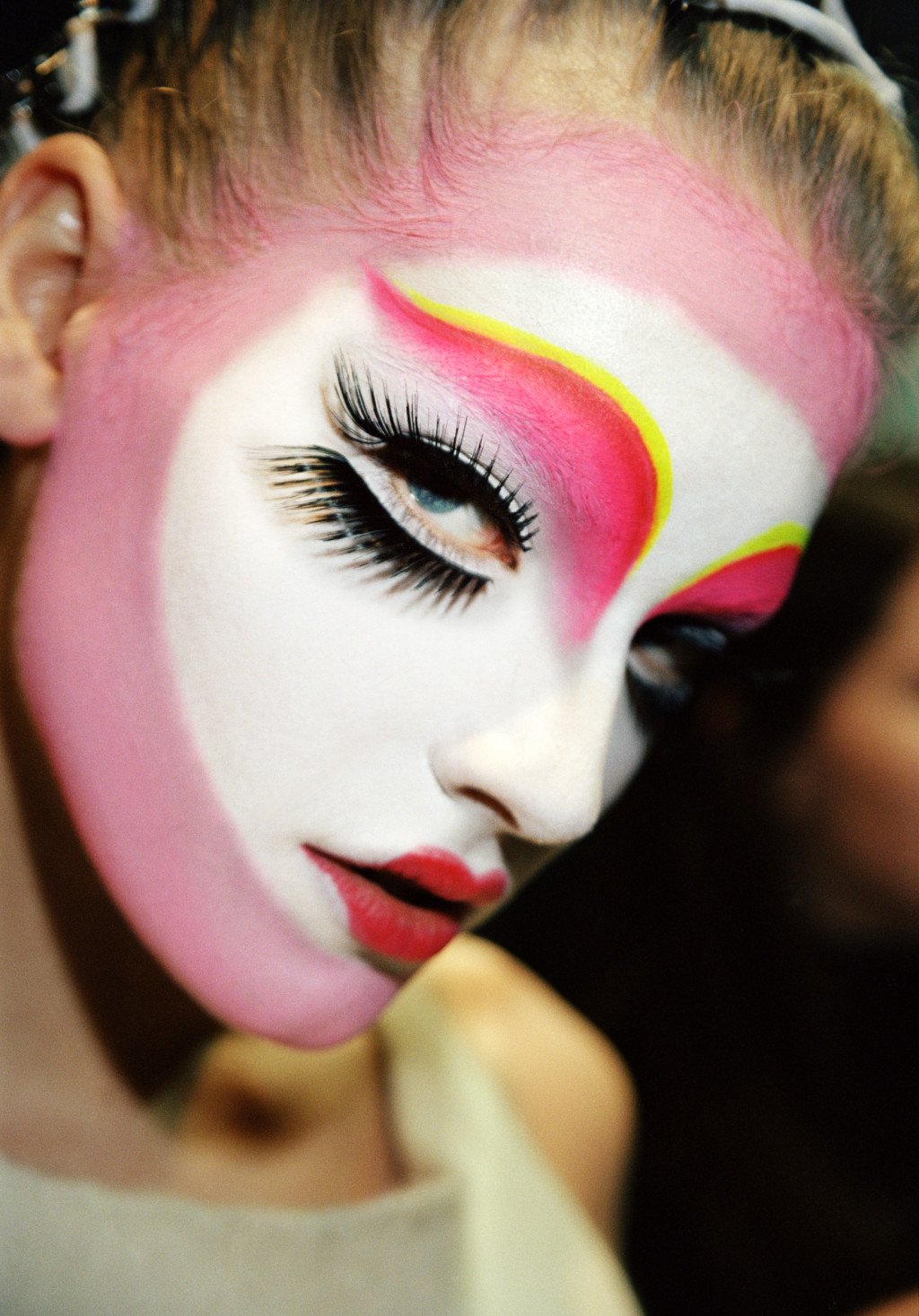