Sony has announced the camera that finishes the upgrades to the a7 series, the a7S II. Offering ultra-high sensitivity and wide dynamic range across the entire ISO range and 5-axis image stabilization for greater shooting control, the a7S II is a low light, color-accurate powerhouse. The a7SII also incorporates a host of pro movie functions including the ability to shoot 4K video with full pixel readout and no pixel binning in full-frame format, internal recording, 120 FPS in full 1098p HD and of course that stabilization. 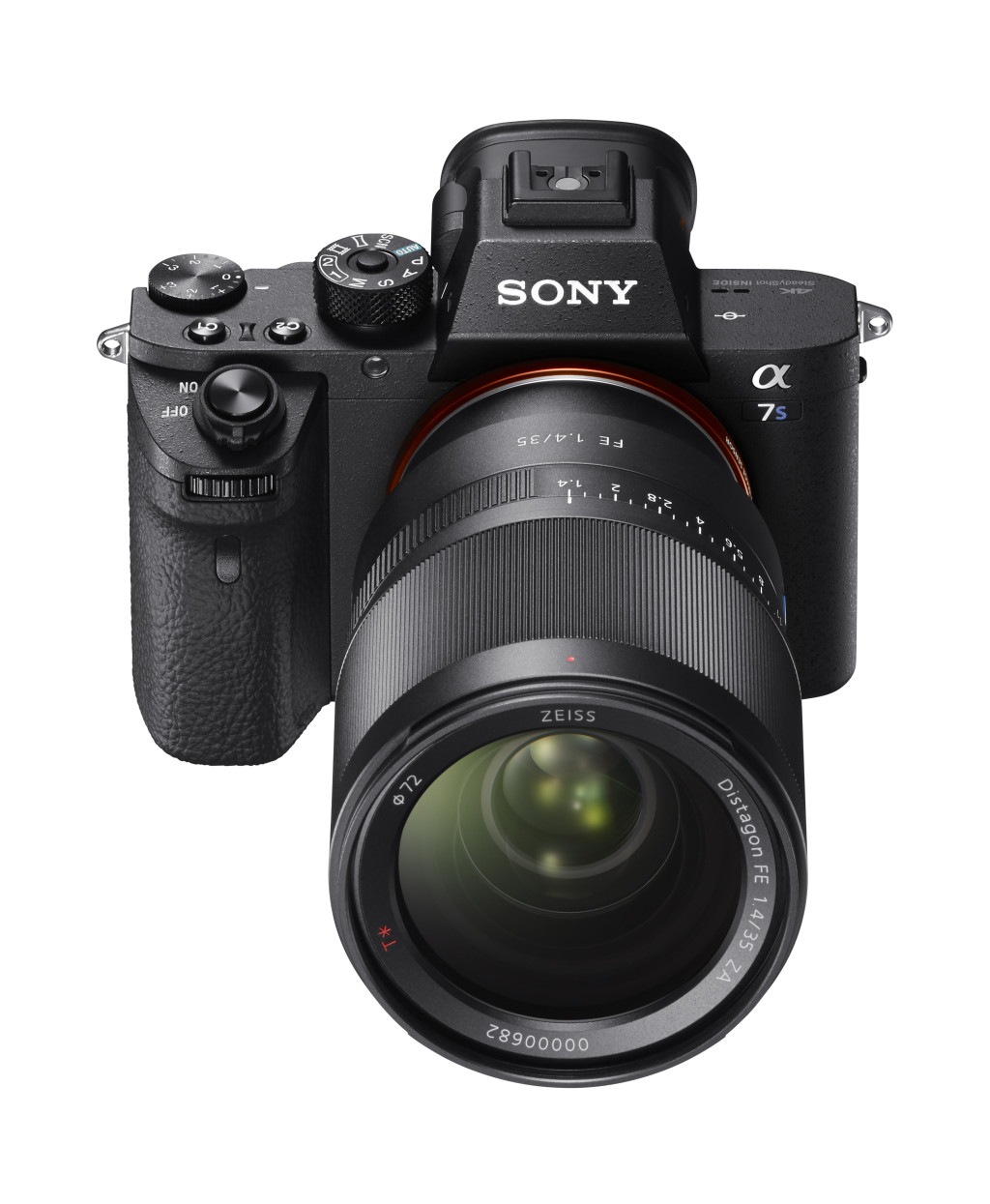 The a7S II delivers a sensitivity range of ISO 50-409600, thanks to the combination of its 35mm full-frame 12.2 megapixel image sensor and BIONZ X image processing engine. The sensor optimises the dynamic range across the entire ISO range and broadens the range of tonal gradation in bright environments and minimises noise in dark scenes meaning that it delivers impressive results even in the most extreme conditions. The upgraded image processing algorithm of BIONZ X maximizes the sensor’s capabilities and improves depiction throughout the full sensitivity range with particular emphasis on the mid-to-high range. This means that the resulting stills and movies demonstrate extra-fine detail with minimal noise. 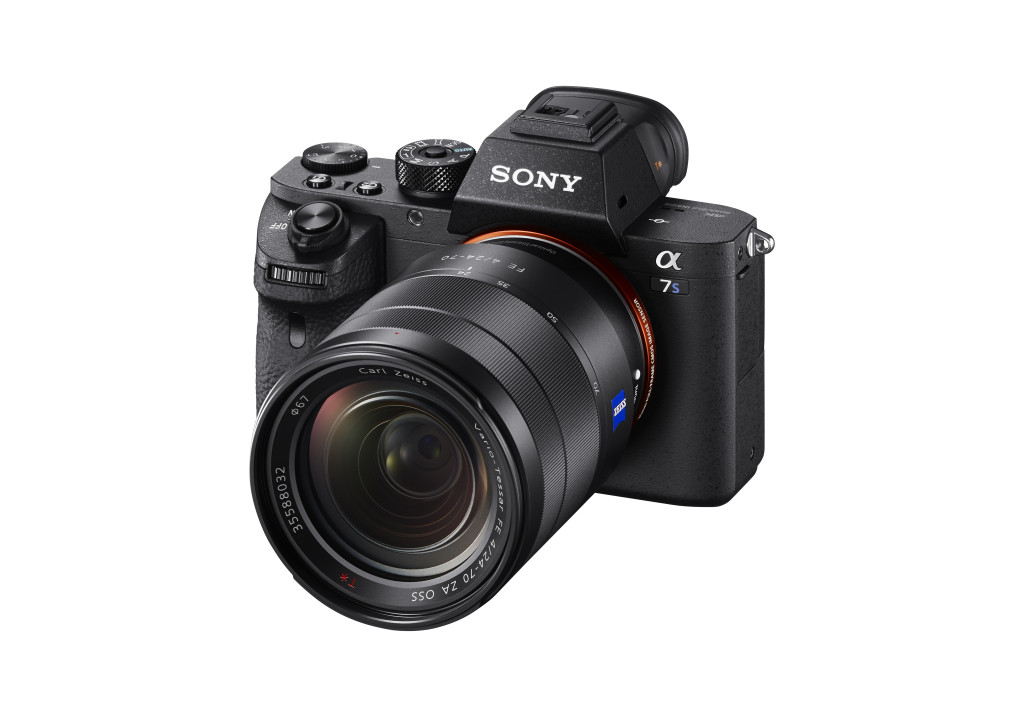 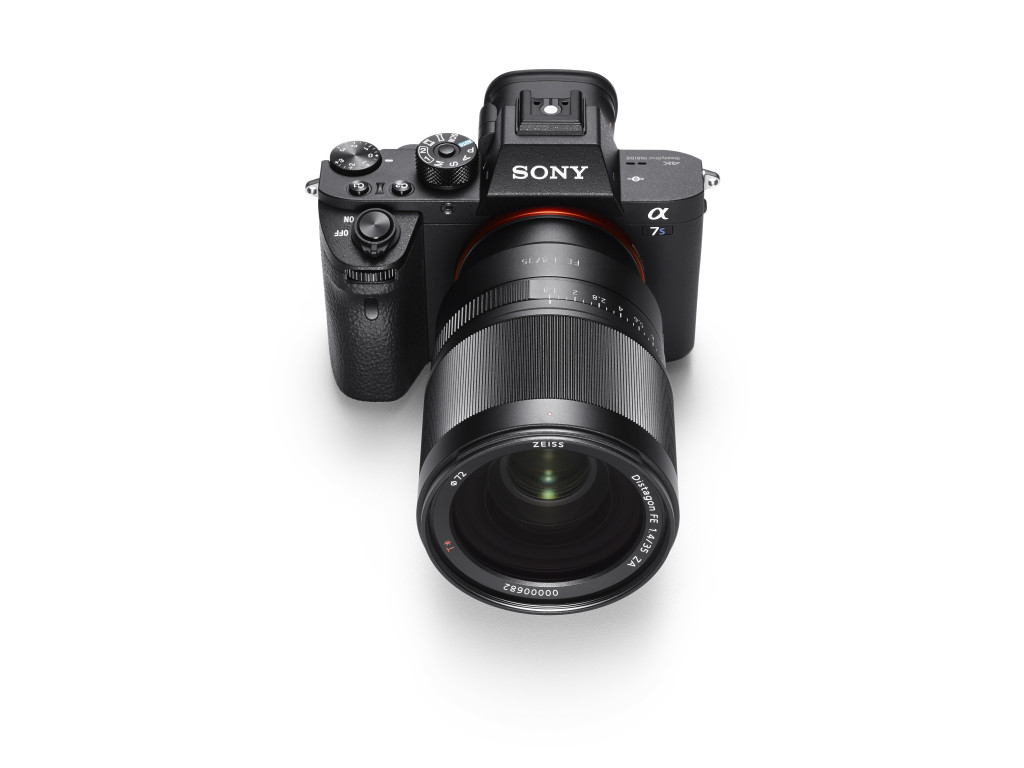 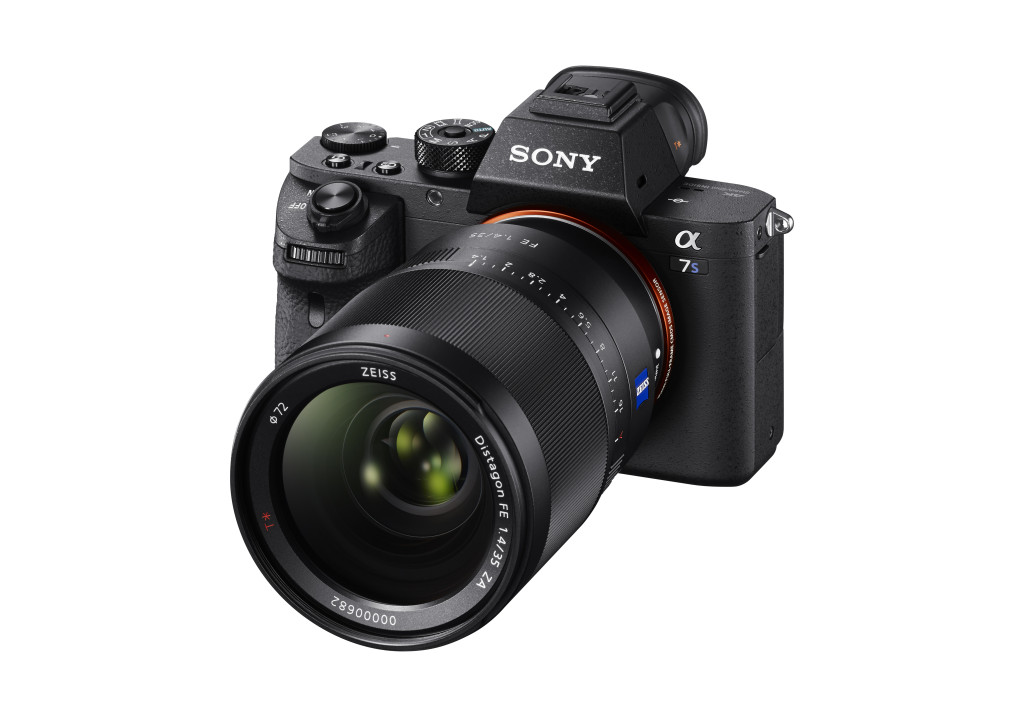 The a7S II can record 4K movies internally in the XAVC S format meaning that content is wonderfully detailed. Because information from all pixels is utilized without line skipping or pixel binning, the camera can maximize the expanded power of the full-frame image sensor and produce 4K movies with higher image clarity and negligible moiré. Full pixel readout without pixel binning is also employed when shooting Full HD movies which means that it collects information from approximately five times as many pixels that are required to generate Full HD[vi] and condenses the information to produce extremely high quality movies.

Video functionality has been further enhanced with new profiles; S-Gamut3.Cine/S-Log3 and S-Gamut3/S-Log3. These new profiles deliver wide dynamic range and colour correction is easier to perform. The a7S ll even offers 14-stop latitude in the S-Log3 gamma setting. The camera also supports S-Gamut/S-Log2 which is very popular among cinematographers and videographers. Gamma Display Assist is a new function that allows users to monitor images or check focus when recording S-Log movies and the Zebra function has been improved for even greater control. 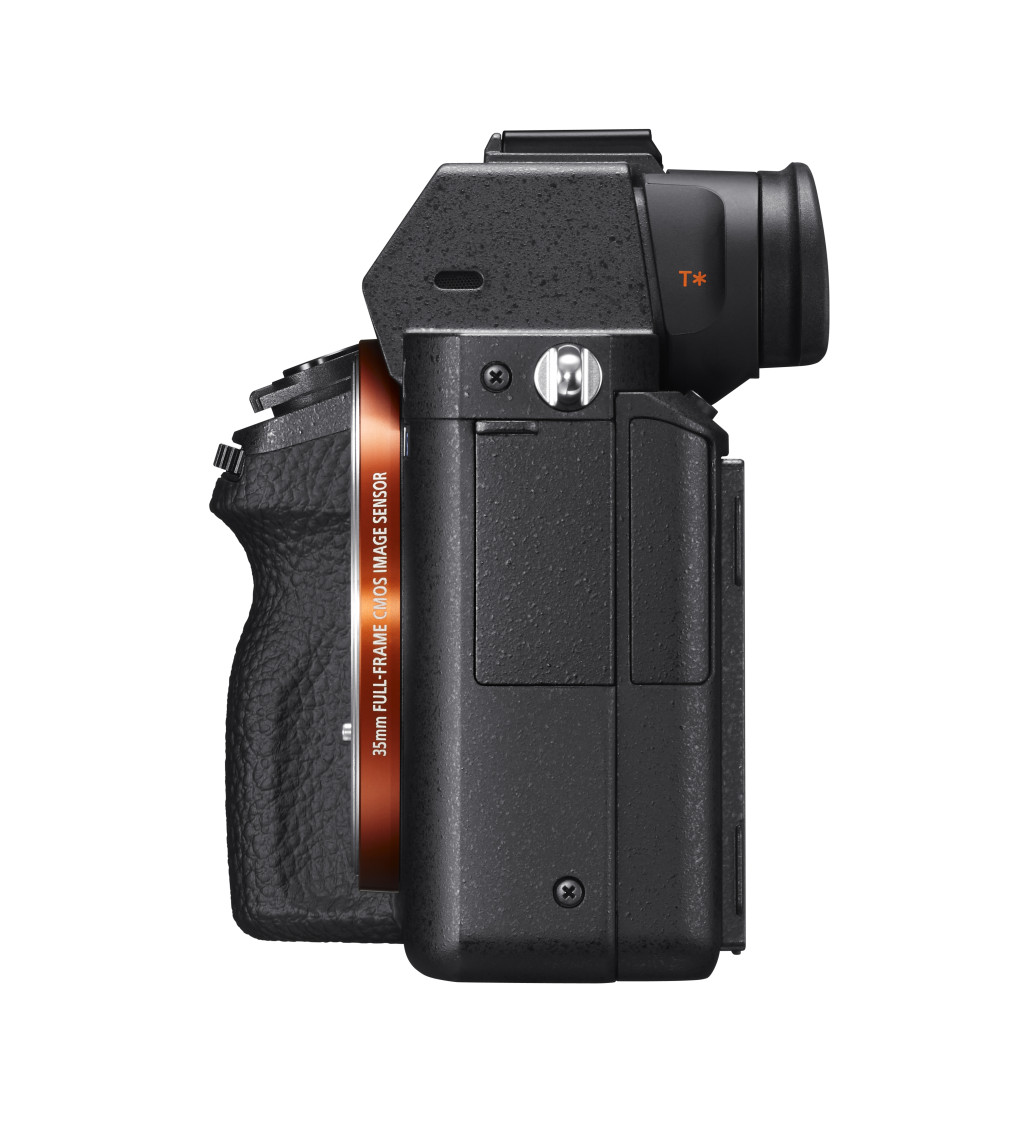 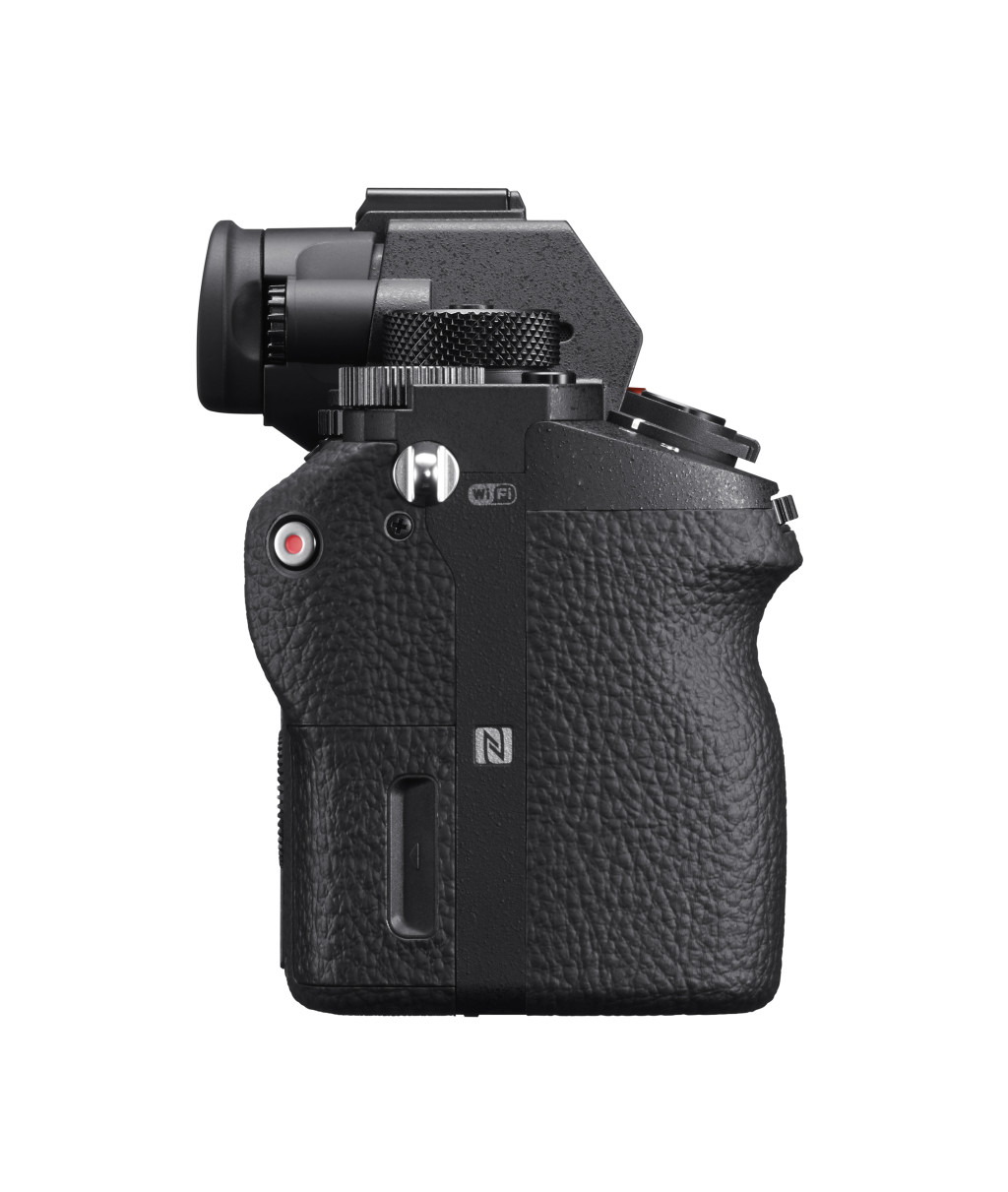 The new a7S II is equipped with the innovative 5-axis image stabilization system that is proving extremely popular in the a7 II and a7R II cameras. The system corrects camera shake along five axes during shooting, including angular shake (pitch and yaw) which has the greatest impact on image quality and tends to occur with a telephoto lens, shift shake (X and Y axes) which becomes noticeable as magnification increases, and rotational shake (roll) that often affects night shooting or video recording.

The autofocus system on the a7S II has been upgraded and now offers 169 AF points for fast, precise focusing with greater accuracy. The power of the image sensor means that the absence of noise in images generated, enables the Fast Intelligent AF to detect contrast more easily and react speedily even in low-light situations (as low as EV-4), when it’s even tough to check with the naked eye. When shooting video, the AF performance is twice as fast as the predecessor model. 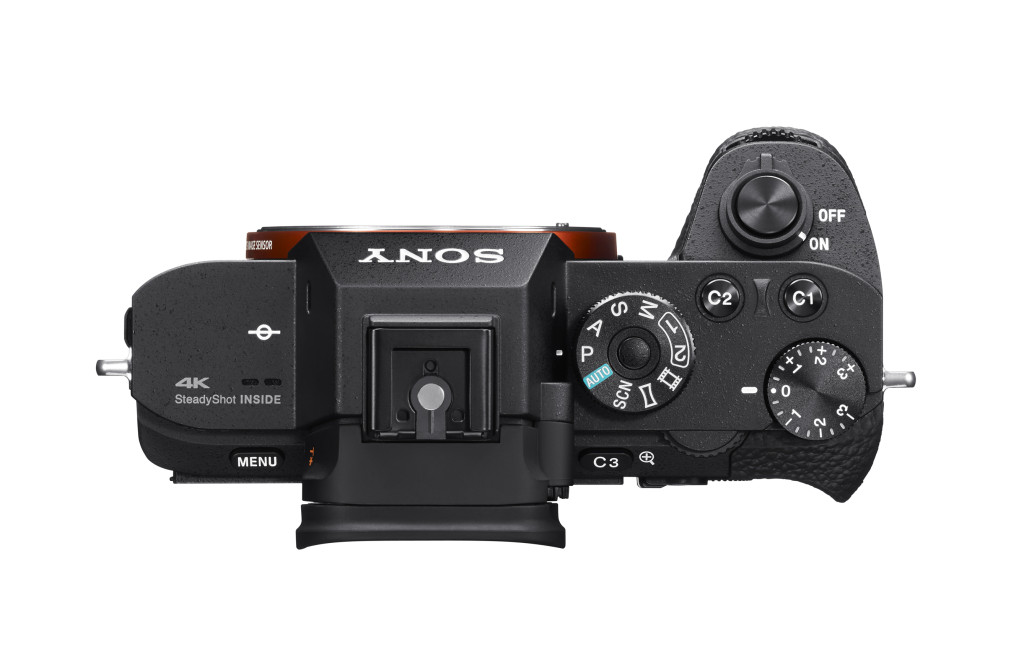 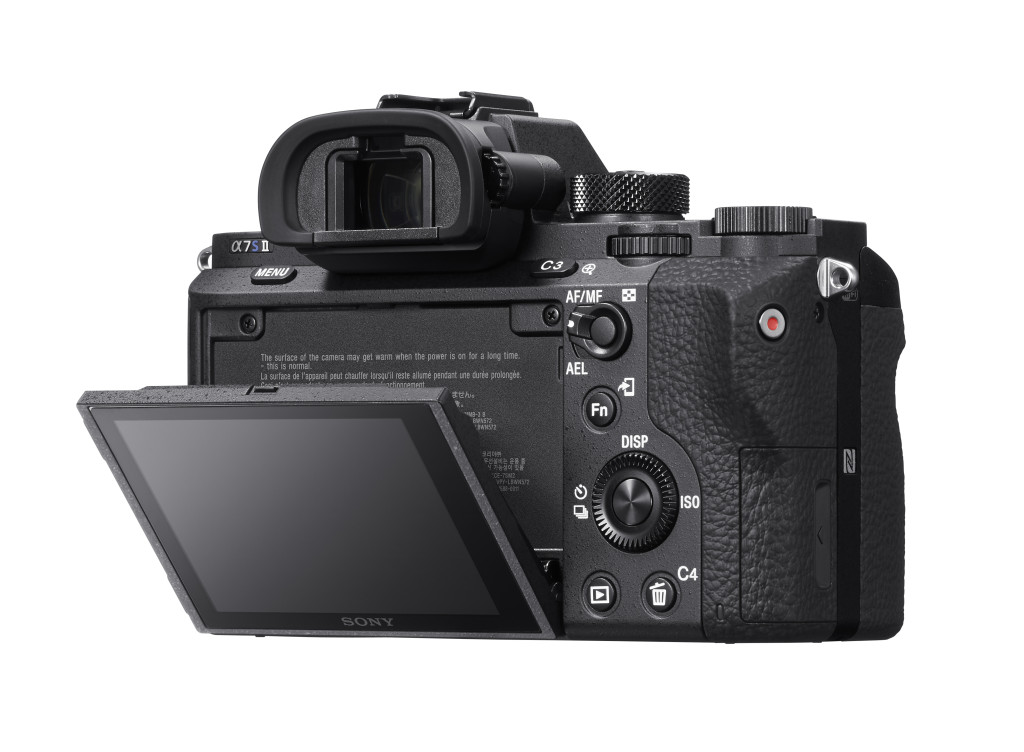 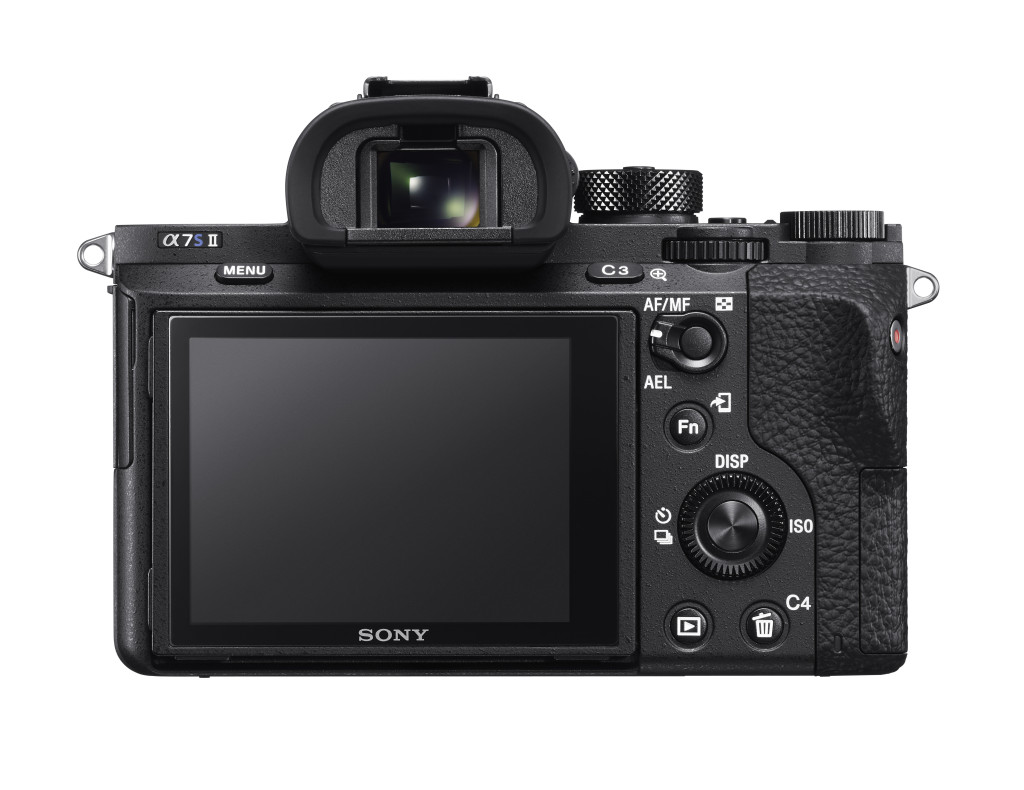 The XGA OLED Tru-Finder in the a7S II has been upgraded and offers the world’s highest viewfinder magnification of 0.78x (roughly 38.5 degrees in diagonal field of view) and shows clear images across the entire display area. The use of ZEISS T* Coating ensures sharp reduction of reflections on the viewfinder and unlike an optical viewfinder, the OLED Tru-Finder can be used to instantly show how exposure compensation, white balance and other selected settings are affecting the displayed image.

A number of enhancements have been made to the look and feel of the a7S II to make it more user friendly, reliable and intuitive. Its magnesium-alloy body is both light and highly robust and the grip and shutter buttons have been re-designed so that the camera feels more natural in the hand. For situations when you just want to blend into the background, silent shooting mode can be activated for 5fps continuous shooting[xii] and reliability has been enhanced with reduced-vibration shutter movement. The lens mount has been further reinforced to ensure greater resilience, particularly when attaching third party lenses and users can now charge the camera via a USB power supply whilst the camera is in operation, thus extending battery life. For greater comfort and safety, Sony is also launching the LCS-EBF; a new premium leather body case for the a7S II which is also compatible with the a7R II and a7 II.