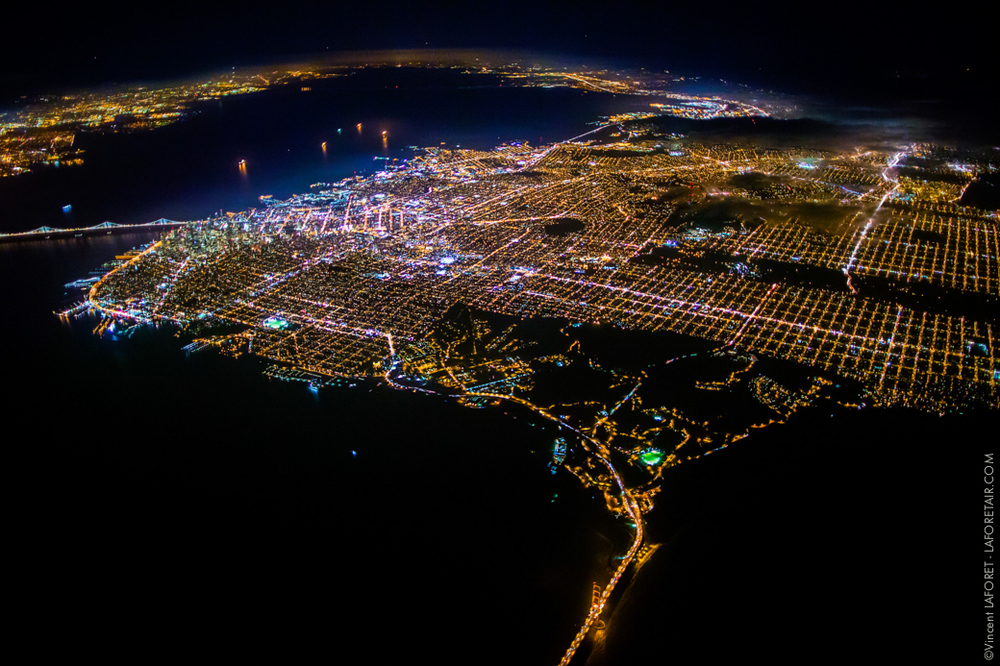 Vincent Laforet has become a household name in recent years, with his video work with Canon and his post 9/11 coverage that went on to win him a Pulitzer Prize. Most recently, however, Laforet has launched his career in aerial photography, taking some of the most captivating aerial photos of cities all over the world.  Recently, I was able to chat with Vincent Laforet, to discuss his newest project, and upcoming book entitled, Project AIR. 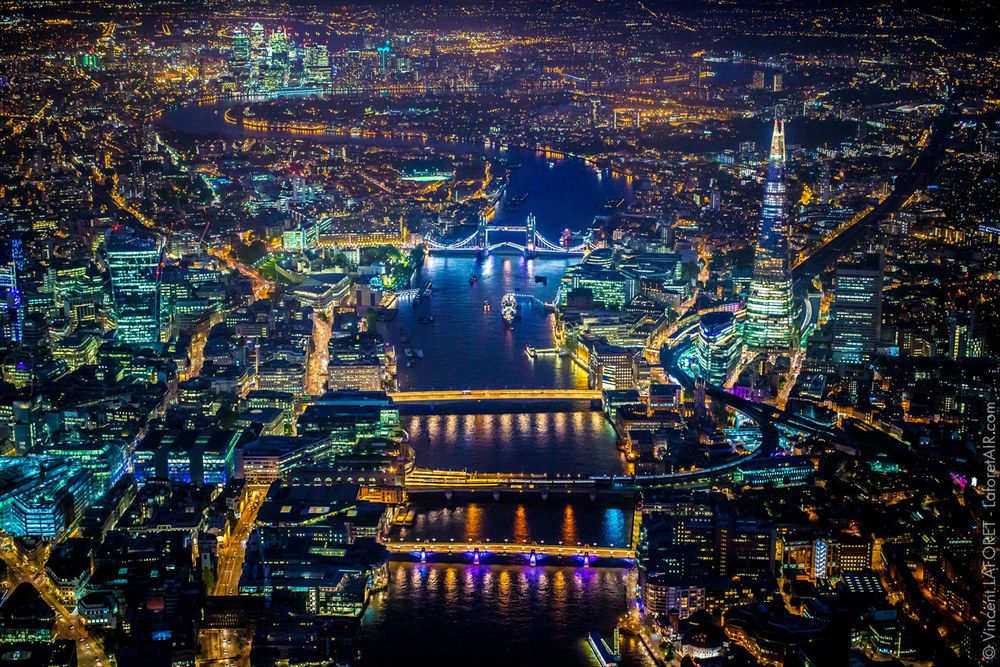 Certainly shooting aerial photography has a number of challenges. From camera shake thanks to the movement of the helicopter, to needing plenty of light to shoot at lightning fast shutter speeds, aerial photography is a technical nightmare. Vincent Laforet decided to take that to the next level, and shoot this project at night. The limited light put even more challenges in place for Vincent, making sharp photos incredibly difficult. Vincent told me of his process on how he was able to capture these striking images while working with limited light.

You still have to deal with all of the complications in terms of finding the right pilot and making sure they’re available. You then first need to find a special type of helicopters in all of the world, and you need to find a particular pilot that’s IFR rated, so you can fly with instruments at night, with the right instruments, and at the right altitude. So from there, you have to deal with all the additional challenges with international flight and weather.

But on the technical side, we had to use all prime lenses, with the exception of the Canon 11-24mm f/4L zoom. And because it’s so dark, you’re shooting all of these lenses wide open, except for occasionally stopping down a single stop for a little more sharpness. You’re also shooting at the slowest shutter speed possible, and at the lowest ISO possible, as low as ISO 400, on a monopod. 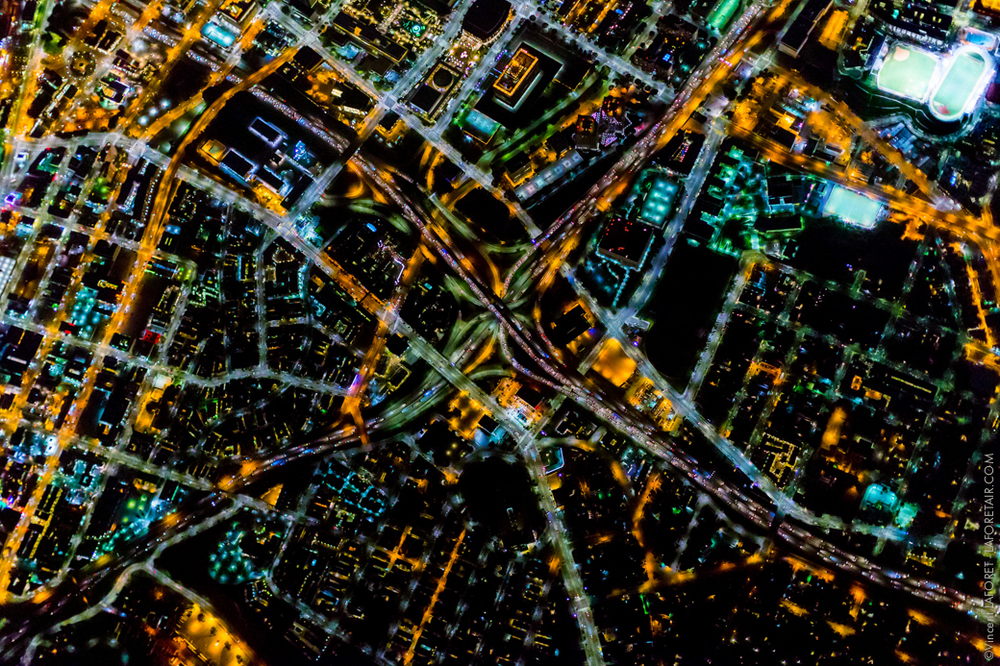 But the shooting of the photos was only half of the battle. Because these images were being used for a book, and with a number of sponsors such as G-Tech and Canon, these images needed to be captured and backed up immediately. With each city having nearly a terabyte of data to process and select, Vincent and his team had a challenge in their hands. Immediately after shooting the images, the images were backed up using G-Tech hard drive solutions, and then taken to Adobe Lightroom for image selection and to begin the processing.  I was able to talk to Vincent about his backup process to ensure that these photos were kept secure, especially when traveling all over the world.

The hardest part is that I shot more photos than I’ve ever done before. I ended up shooting between 5,000 – 10,000 images per flight, per city. And when you start factoring in the Canon 5ds at 50 megapixels, the amount of data being used is insane. So workflow was the easiest part. We had the stackable Lexar card readers that are able to work quickly, and then used ShotPut Pro to upload and verify all of the media, which was very very fast and reliable. We’d then be offloading directly to a backup drive, along with a RAIDed 8TB drive to guarantee backups. Within minutes, we were able to copy and backup over 100 gigabytes, which would be impossible until recently. Between the G-Tech hard drives, and SanDisk cards, data backup was the fastest of our processes. The real pain came in importing them into Lightroom, taking sometimes overnight to generate all the previews. 180 images ended up making the book, and we shot close to a quarter of a million images in total.

Though the book wasn’t always in the cards. In fact, the book came after Vincent Laforet took his first couple flights on his own, which started as a passion project. However, after he was able to show off some of the photos he captured of his home city of New York City, he started to gain the interest from others and decided to put together a book of his experiences. The photos used in the book take a different look at the cities above, showing them almost as computer circuits and other pieces of electronics, instead of the cities they are, housing millions of people.

It started with the first assignment in New York, which was published in Mens Health. I then went to 4 other cities in the US, because I didn’t know if this would make a compelling book at first. You don’t know if every city is going to look interesting or not, so it wasn’t until I saw how beautiful these other cities looked that I decided it’d make a great book. From there, G-Tech stepped in and really gave this project wings by helping with the data management. 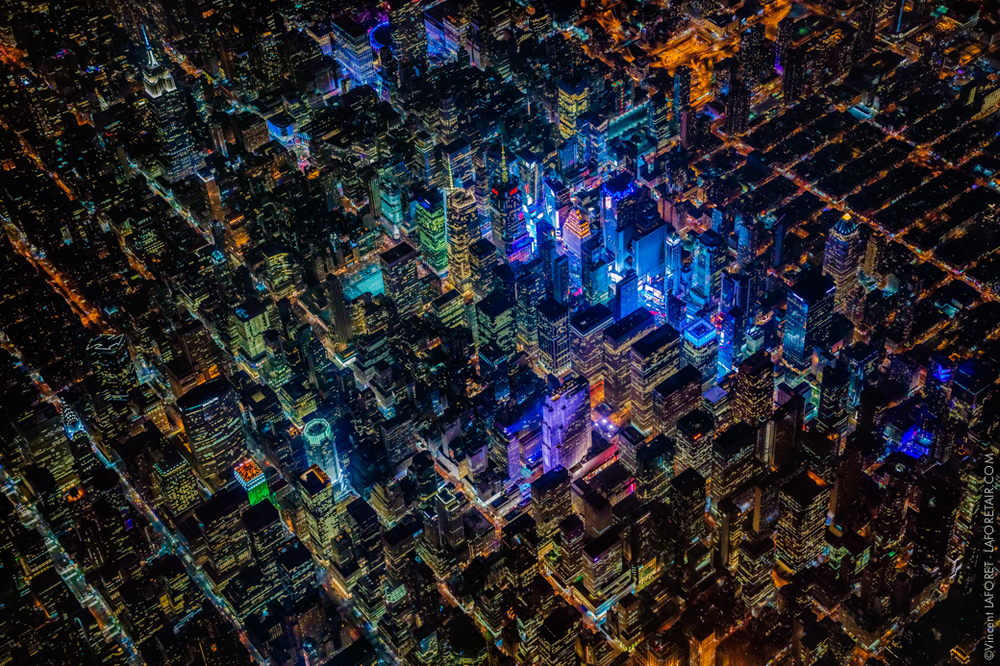 Vincent Laforet’s AIR is currently available to order on his website and is over 250 pages of full-color photographs of cities all over the world. We’re excited to have partnered up with G-Tech to offer FREE copies of Vincent Laforet’s latest project to our followers. Stay tuned in the coming weeks to see how you can enter the contest, and get your hands on this incredible book for free.